Read No One You Know Online

No One You Know 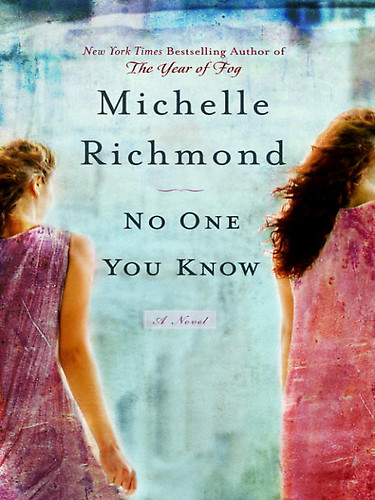 For my sisters,
Monica and Misty

There are three main aims that one can have in studying the truth.

The first is to look for it and discover it.

The second is to prove it when one has discovered it.

The third is to distinguish it from falsehood when one examines it.

—Blaise Pascal, “On the Spirit of Geometry
and the Art of Persuasion”

W
HEN
I
FOUND HIM AT LAST
, I
HAD LONG
ago given up the search. It was late at night, and I was dining alone in a small café in Diriomo, Nicaragua. It was a place I had come to cherish during my annual visits to the village, the kind of establishment where one could order a plate of beans and a cup of coffee any time of the day or night.

I had spent the evening wandering the dark, empty streets. July days in Diriomo were scorching; come nightfall, the buildings seemed to radiate heat, so that the air possessed a baked, dusty scent. Eventually I came to the familiar intersection. Going left would lead to my hotel, with its hard bed and uncooperative ceiling fan. Straight ahead was a baseball diamond where I had once seen a local kid beat a rat to death with an old wooden bat. To the right was a wide road giving way to a crooked alleyway, at the end of which the café beckoned.

Some time past midnight, I stood on the doorstep, ringing the little copper bell. Maria appeared, dressed in a long blue skirt, white blouse, and no shoes, looking as though she’d been expecting me.

It was a ritual greeting between us. I had no way of knowing whether Maria was actually asleep on those nights, or whether she was sitting patiently in her kitchen, waiting for customers.

“What are you serving tonight?” I asked. This was also ritual, for we both knew that the menu never changed, no matter the time or season.

“
Sí, señora,
I am alone.” My answer, like the menu, had remained unaltered for years. And yet she asked it, each time, with a kind of naked hope, as if she believed that one day my luck might change.

The café was empty and dark, somehow cool despite the heat outside. She pointed to a small table where a candle burned in a jar. I thanked her and sat down. I could hear her preparing coffee in the kitchen, which was separated from the dining area by a narrow doorway in which hung a curtain of red fabric. I watched the patterns made by the candlelight on the far wall. The images seemed too lovely and symmetrical to be random—a bird, a sailboat, a star, followed by a series of rectangular bars of light. It was a feeling I often had in that town, and one of the reasons I kept returning when my work as a coffee buyer brought me to Nicaragua—a feeling that even the simplest natural acts were somehow ordered, as if some unnamed discipline reigned over both the animate and inanimate. I rarely felt this way at home in San Francisco. It was no wonder the locals referred to Diriomo as
pueblo brujo
—bewitched village.

Maria had just set my plate on the table when the bell clanged outside. Together we looked toward the door, as if something miraculous might materialize. In all the times I had taken a midnight meal among the porcelain dolls and carnivorous plants in Maria’s café, I’d rarely met another customer.

Maria went to the door and opened it a crack. For a moment my table was flooded with moonlight.

The door closed, plunging the room once again into near darkness.

The man passed by my table. His face was turned away, but in the pale light from the kitchen I observed that he carried himself in the way very tall men often do, shoulders slumped in a sort of apology for taking up so much space. He wore a baseball cap pulled low on the forehead. A hardback book was tucked under one arm. He went to a table in the corner, the one farthest from my own. When he sat down, his back to me, the wooden chair creaked so violently I thought it might break.

Maria took a match out of her apron pocket, struck it against the wall, and dipped the flame into a crimson jar on the man’s table. Only after she had retreated into the kitchen to fetch his coffee did he turn around and glance at me from beneath the brim of his hat. In the flickering red candlelight only his slightly jutting chin was visible, the rest of his face receding into shadows.

“You’re American,” I said, surprised. Foreigners were scarce in Diriomo. Encountering a fellow American at this particular café in the middle of the night was utterly strange.

He gave a polite wave of the hand before leaning over the table and peering into his book. He held the candle above the page, and I considered warning him it was bad for his eyes to read in the darkness. He seemed like the kind of man who needed to be told these things, the kind of man who ought to have someone taking care of him. Soon Maria brought him coffee. Something about the way he lifted his cup, the way he turned the pages of his book, even the way he tilted his head toward Maria in silent thanks when she brought him a napkin and a bowl of sugar cubes, struck me as familiar. I watched him closely, wondering if the feeling that I knew him was simply an illusion brought about by my having been traveling alone for too long. The longer I sat there, however, the more I became convinced that it was not the vague familiarity of one countryman to another, but something more personal.

While he drank his coffee and read his book, seemingly oblivious to me, I tried to recall the context in which I might have known him. I sensed, more than knew, that it had been a long time ago, and that there had been some degree of intimacy between us; this sensation of intimacy coupled with my inability to remember was completely unsettling. The thought crossed my mind that I might have slept with him. There had been a period following my sister’s death when I slept with many men. This was a long time ago, though, so long that now it almost seemed like a different life.

Maria brought my food. I waited for the steaming plantain leaves to cool before peeling them away, picking up the
nacatamal,
and biting in. Back home, I had tried several times to replicate Maria’s combination of pork, rice, potatoes, mint leaves, raisins, and spices, but it never came out right. When I tried to tease the recipe out of her, she just laughed and pretended not to understand my request.

“You should try these,” I said to the man between bites.

“Oh, I know Maria’s
nacatamal,
” he said, glancing my way once again. “Delicious, but I already ate.”

What could he be doing here so late at night, I wondered, if he had already had his supper? In Diriomo, men did not sit alone in cafés reading books, even American men. A few minutes later, when I took my wallet out to pay, he closed his book and stared at the cover for a few seconds, as if to gather courage, before standing and walking over to my table. Maria watched us shamelessly from the doorway of the kitchen. The red curtain was pulled aside, filling the room with soft light. For a moment it occurred to me that perhaps Maria had set this whole thing up for my benefit, perhaps she was trying to pull off a bit of matchmaking.

The man removed his baseball cap and held it in both hands. His shaggy hair grazed the low ceiling, gathering static. “Pardon me,” he said. Now I could see his face completely—the large dark eyes and wide mouth, the high cheekbones and prominent chin, covered with stubble—and I knew at once who he was.

I had not seen him in eighteen years. There had been a period of several months in college when I thought of him constantly. I had watched for his name in the paper, had performed drive-bys of his ground-floor flat in Russian Hill, had taken lunch at a certain small Italian restaurant in North Beach that he frequented, despite the fact that the menu stretched my student budget beyond its limits. At that time I suspected that if I shadowed him without ceasing I could begin to understand something—maybe not the thing he had done, but the mechanism by which he had been able to do it. That mechanism, I was certain, was a psychological abnormality; some moral tuning fork that was present in others was absent in him.

Then, one afternoon in August of 1991, he vanished. That day I walked into the restaurant in North Beach at half past noon, as I had been doing every week for three months. Immediately my eyes went to a table in the corner, above which hung a miniature oil painting of the Cathedral Duomo of Milan. It was where he always sat, a table that seemed to be reserved specifically for him. He always arrived on Monday at a quarter past noon, and after sitting down would place a notebook on the table to the right of his bread plate. He rarely bothered to glance up at his surroundings as he scribbled furiously in the notebook with a mechanical pencil. He would pause only to order spaghetti with prawns in marinara sauce, which he ate quickly, followed by an espresso, which he drank slowly. The whole time, he worked, scribbling with his right hand and eating with his left. But that day in August, he wasn’t there. Immediately I sensed something had changed. I dipped my bread in olive oil and waited. By the time the waiter brought my salad, I knew he wasn’t coming. At one-fifteen I called in sick to the University of San Francisco library, where I held a work-study position, and took the bus to Russian Hill. There was a
For Rent
sign in front of his flat, and the shutters were open. Through the large windows I could see the place was stripped clean, all of the furniture gone. It occurred to me that I might never see him again.