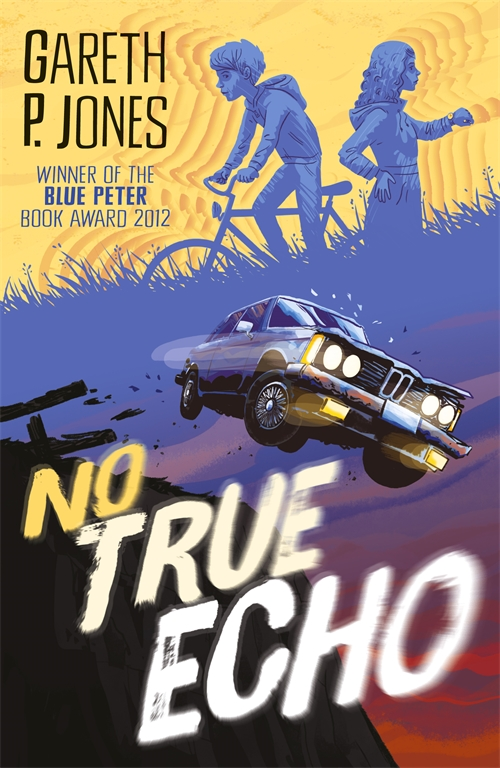 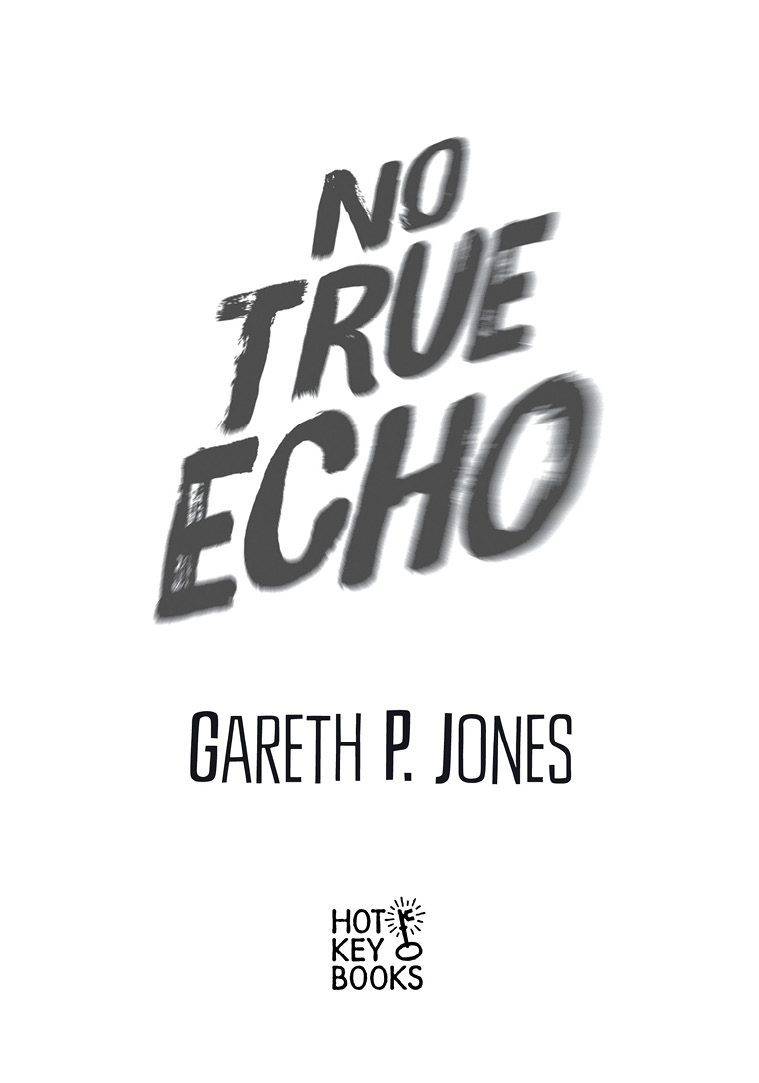 The National Museum Of Echo Technology

The Value Of Community

The Meaning Of Accidents

A Choice Of Biscuits

A Picture Of Regret

The Reclamation Of Sense

A Night At the Hospital

The Ugliness Of Regret

The Love Of Heights

The Resilience Of Ruby Dane

The Middle Of Nowhere

Ask Yourself Who's Laughing

Which You Are You?

A Life With Melody

The Centre Of the Universe

History Of the Future

Beginning At the End

A Picture Of Frustration

The End Of Eddie Dane

The End Of the World

The Testimony Of Mr Edward Dane

It was the offspring of happy days,

when death and grief were but words,

which found no true echo in my heart.

The National Museum of Echo Technology

Since the trial, Liphook had found herself feeling increasingly nostalgic. She didn't like it. All the other pensioners on the coach might have been content to witter on about the old days but Liphook had never been interested in looking back.

Only now that her memories were shifting and twisting did it feel important to try to cling on to the truth. A part of her hoped that by remembering, she would be able to make it more real.

She stared out at the lush landscape of Wellcome Valley. It had always bored her. The coach followed the winding valley road, passing rolling hills, tall trees and fast-flowing rivers.

All of it so very dull.

âYou have arrived at the National Museum of Echo Technology,' said the electronic announcement when the coach pulled into the car park.

Liphook waited for all the old people to shuffle off before standing up and making her way along the aisle. Every step hurt.

âDo you need a hand, love?' asked the driver.

âI'm fine,' she replied quickly. She didn't want the driver's sympathy. She climbed off the coach and prayed that her legs didn't give up on her and justify his concerns. The doctors had recommended walking with a stick. All that technology at their disposal and that's all they could suggest. A stick. Liphook refused to walk with a stick.

By the time she reached the edge of the car park, the pensioners were already in the queue at the bottom of the steps. She recalled how different it had been when she had first visited the place. There had been a field where the car park now stood. The trees that lined the field had been chopped down and steps built where there had been a slope. During the trial, she had explained how one of the rainiest months since records began had made the slope muddy and treacherous, but now that she tried to bring it to mind, she couldn't even remember what month it had been.

âCan I help you?' The enthusiastic young man wore a bright orange T-shirt with the logo of an arrow doubling back on itself to form a globe. âThere's an escalator a little further along.'

âI'm fine.' Liphook went to step down but her leg wobbled and her body lurched forward. With no handrail, she would have fallen if the young man hadn't caught her. He was stronger than he looked. Or she was lighter than she realised.

âPlease, I'm supposed to look busy,' said the young man. âWould you mind letting me walk down with you? Otherwise they'll have me picking up rubbish again.'

Liphook nodded and held out her arm, but her pride prevented her acknowledging his kindness. Slowly they made their way down the steps together.

âIt feels like a long way, yes,' said Liphook. âYou live here in the valley, do you?'

âYes. It's beautiful this time of year.'

The man caught her eye but found no indication that she was joking. Liphook had always hated Wellcome Valley, even during the summer months when she first arrived.

At the bottom of the steps, she looked at the queue snaking around the side of the building.

âWill it take long?' she asked.

âOh, that's the queue for the general public,' said the young man. âSpecial guests like you can go straight in.'

For a moment, Liphook wondered if he had recognised her, but from the way he winked she understood that he was being kind again.

âThank you,' she said. As a police officer, she had been used to jumping queues so felt no embarrassment about it.

She sat down on a bench inside the museum while the young man purchased her ticket.

âWould you like me to accompany you?' he asked when he returned. âAfter all, I am here to help.' He turned around, revealing the back of his T-shirt with the words:
Any Questions?
âIs there any specific reason for your visit today?'

âI've been here before,' said Liphook.

âWell, you'll find we've got a lot of new features. The aim is to keep up with the technology and ensure that the museum stays relevant.'

âIt's hard to stay relevant,' she replied before accepting the man's help to stand. Together they went through a door into a room full of scientific equipment. The hologram of an annoyingly cheerful woman greeted them.

âCan you turn that off?' interrupted Liphook grumpily.

âSorry,' said the man. âSo this room has been recreated exactly as it would have been when Professor Maguire was working here.'

âIt's not the same,' said Liphook.

âWhen exactly did you come here?'

âBefore it was a museum,' replied Liphook.

The young man looked at her with renewed interest. âWhat's different?' he asked. âI'm sure our experts would love to speak to an actual eyewitness. They're always looking for ways to make it more authentic.'

âAs I recall, there was more blood,' said Liphook.

It was another miserable day in the valley. The sky was so dark I wondered if the sun had bothered to rise at all that morning. The long winter term had already dragged on for ever and we weren't even halfway through yet. I could hardly remember the summer holidays, and those blue skies were now hidden behind a thick layer of cloud that rolled over the mountaintops.

No matter how far back I stood in the bus shelter it was impossible to avoid getting wet. When the bus arrived, its front wheel hit a large puddle, ensuring that any part of me that had been dry was now wet.

âReady, Eddie?' said the driver. âThen jump on board and hold on steady, Eddie.'

Bill, the bus driver, made the same journey every day along the winding road that connected the towns, villages and clusters of houses of the valley. He had rhyming greetings for all the pupils. They were set on the first day he picked you up and remained unchanged until the last day he dropped you off.

I found my usual seat next to Angus.

âFunny you should ask,' I replied. âLast night I caught a jet to Hawaii. First class, of course. I joined a circus, learned to juggle fire, ate the world's biggest hamburger and wrestled a live bear.'

âBetter than a dead one.'

âA dead one would have been easier.'

Angus smiled. âI've been busy finalising the project,' he said.

âFinalising the project,' I repeated. He made it sound like we were working on some kind of secret government mission rather than climbing trees.

âThat's right,' he said, ignoring my sarcasm. âYou and I are going to attempt the Ten Top Challenge â something never attempted before.'

âMaybe that's because it's pointless.'

âWho dreams about climbing trees?' I said, knowing the answer full well. Angus dreamed about climbing trees. He had spent weeks preparing for this half term, identifying the ten tallest trees in the valley and setting us the challenge of climbing every one. I never understood his obsession but, since I could never think of anything better to do, I went with him, although I was more cautious than him and often insisted we stop and go back down.

The valley was such a boring place that you had to go out of your way to find anything even remotely thrilling to do, which might also have explained Bill's driving. He rarely slowed down for corners but even he had to lift his foot off the accelerator when it came to one sharp turn. We all called it Death Drop Point because, even though it was more of a big slope than a sudden drop, there was a story about a woman who lost control of her car once and drove over the edge. Her name was Melody Dane. She was my mother.

Angus drew a face in the condensation with his index finger. Two large droplets ran down from the lips and made it look like a vampire. Bill slammed on the brakes and stopped the bus, sending us into the seats in front.

âOne of these days he'll kill someone,' said Angus.

âWe must have a newbie.' Angus wiped away the vampire face. âFunny day to start school, the Thursday before half term.'

A girl stepped onto the bus. Her coat hood hid her face but her red, curly hair poked out the sides.

âThat's lucky because it's the only place we go.' Bill looked as though he was hoping for some acknowledgment of what he considered a joke, but none came. âWhat's your name, then?'

It was a credit to Bill's rhyme-making abilities that he barely needed time to think about it. âAll right, Miss White, take a seat and hold on tight.'

The girl pushed her hood back, allowing her hair to drop onto her shoulders and turning my brain to mush. This girl with her yellow raincoat, red hair and green-blue eyes was the single most colourful thing I had ever seen in our grey valley. I must have been staring because she threw me a funny look before sitting in the seat in front of us.

âWhat?' The girl turned to look at him between the seats.

âBill's rhyme. Every time you get on the bus you'll hear that. Until the end of time. He's got a memory like an elephant.'

âAnd the driving skills of one too,' replied the girl as the bus lurched sharply around a corner.

Angus elbowed me, but I was still trying to remember how to talk. The girl turned back around and Angus nudged me again.

âWhere did
you
come from?' I blurted out.

It came out wrong. It sounded like I was accusing her of having jumped out from a hiding spot. I put the emphasis on âyou' when it should have been on any other word in what had been a stupid question in the first place.

âThen welcome to Wellcome Valley,' said Angus. âWherever you've come from, it won't compare to the thrills and spills that await you here. We've got it all, haven't we, Eddie?'

Why did every single one of Angus's statements have to end with a question directed at me? Couldn't he see I had lost the ability to speak?

I was grateful when the girl responded. âIt seems okay here to me.'

Angus snorted. âOkay? You've arrived in literally the dullest place on the planet and you think it seems okay. Just you wait, eh, Eddie?'