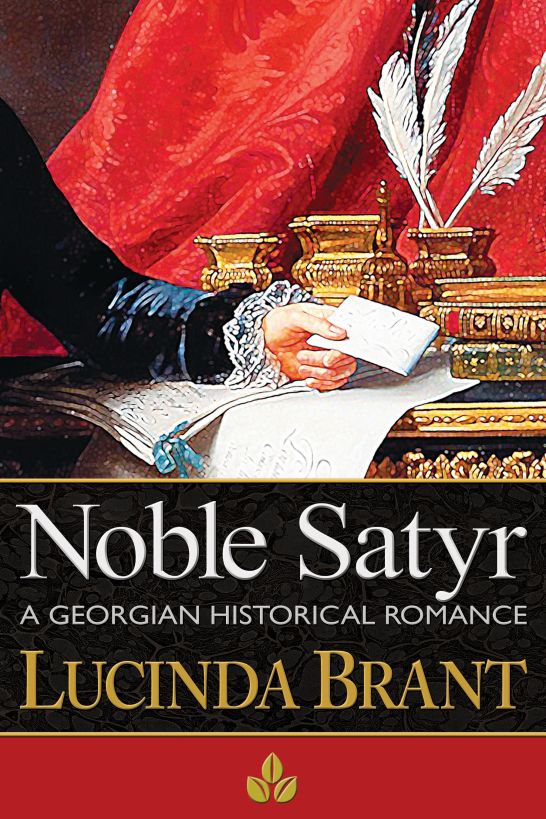 This ebook is licensed for your personal
enjoyment only and may not be re-sold or given away to other
people. If you would like to share this book with another person,
please purchase an additional copy for each person you share it
with. If you are reading this book and did not purchase it, or it
was not purchased for your use only, then you should obtain your
own copy. Thank you for respecting the author's work. 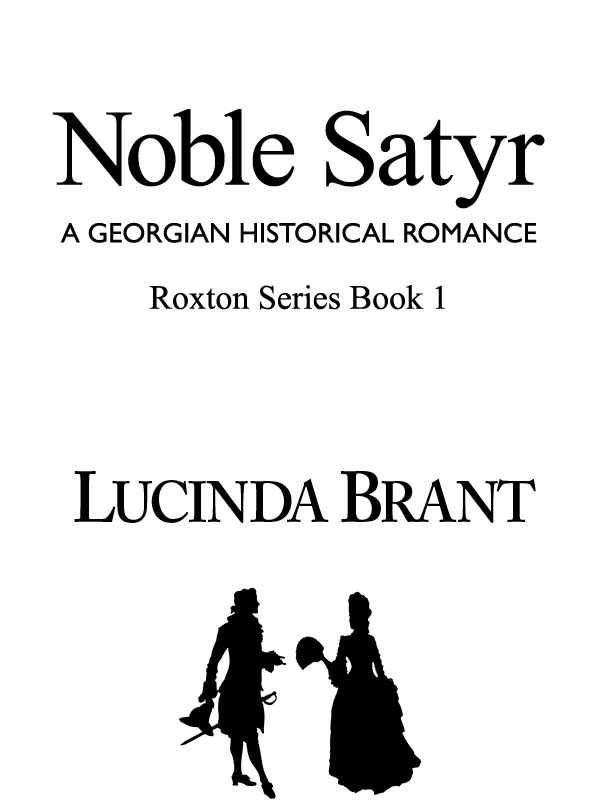 Romantic Novel of the Year finalist—Romance
Writers of Australia 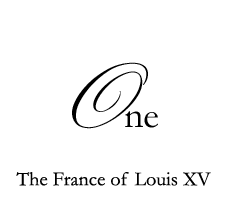 The Comte de Salvan stood at the end of the
canopied bed in red high heels and pacified his offended nostrils
with a lace handkerchief scented with bergamot. He was dressed to
attend a music recital in stiff gold frock, close-fitting silk
breeches with diamond knee buckles, and a cascade of fine white
lace at his wrists that covered soft hands with their rings of
precious stones. His face was painted, patched and devoid of the
disgust and discomfort his quivering nostrils dared display at the
stench of the ill, and the smell that came from the latrines that
flowed just beyond the closed door to this small apartment below
the tiles of the palace of Versailles.

Its occupant, one Chevalier de Charmond,
gentleman usher to the King, languished amongst feather pillows,
his shaved head without its wig and in its place a Chinese cap. He
was suffering from
la grippe
, but being a committed
hypochondriac was convinced he had inflammation of the lungs. His
physician could not tell him otherwise. He blew his nose constantly
and coughed up phlegm into a bowl his long-suffering manservant
emptied at irregular intervals. He had been bled twice that day but
nothing relieved his discomfort. The presence of the Comte de
Salvan promised a relapse.

The Comte listened to the Chevalier’s
platitudes without a smile and waved aside the man’s apologies with
a weary hand. “Yes it is a great honor I do you to descend into
this stinking hole. How can you bear it? I am glad it is you and
not I who must exist like a sewer rat. No wonder you are unwell. If
you left that bed and went about your duties you would feel better
in an instant. But it is your lot,” Salvan said in his peculiar
nasal voice. He shrugged. “It is most inconvenient of you to take
to your bed when a certain matter of great importance to me is left
unfinished. If I thought you incapable of carrying out my
wishes…”

“To the benefit of us both, remember, dear
Charmond, to the benefit of us both. I could have given Arnaud or
Paul-René the privilege of doing this small favor for me. Indeed,
does not Arnaud owe his alliance with the de Rohan family all
because I made the effort to whisper in
Sa Majesté’
s ear?
One cannot have one’s relatives, however removed, married to
inferior objects.” He proceeded to take snuff up one thin nostril.
“And Paul-René would still be scraping dung off Monsieur’s boots if
I had not put in a good word on his behalf to have him promoted
from the kennels to the
Petite Écuries
. And now you dare lie
there when you are well aware my dearest wish must be fulfilled
forthwith. I will certainly go mad if something is not done
soon!”

The Chevalier attempted to sit up and look
all concern with the first rise in the Comte’s voice. He schooled
his features into an expression of sympathy and shook his head
solemnly. “You cannot know what agonies, what nightmares, I have
suffered on your behalf, M’sieur le Comte. Every night I have lain
here not sleeping, my head pounding with the megrim, unable to
breath, and I have thought of you, my dearest Comte, and only you.
How best to serve you. How to successfully bring about a resolution
to your torments. It has been a constant worry for poor
Charmond.”

“Then why can you not do this small thing
for me?” screeched the Comte. “Do you believe you are the only one
I can trust? Do you? You promised me three days at the most and I
have waited
seven
. And time is even more important now
because the old General is dying; of a surety this time. And
nothing is signed. Nothing is in writing. Nothing is fixed until
you get me what I want! I must have what I want and I will. I
will
! Whether
you
get it for me or I go elsewhere—Why
do you smile, eh?”

The Chevalier blew his nose and tossed the
soiled handkerchief to the floor. “I offer my humble apologies,
M’sieur le Comte, if you thought I smiled at you,” he said quietly.
“I was not smiling at you but for you. I have a picture of the
beautiful
demoiselle
in my mind’s eye and I am indeed happy
for you. I congratulate you on your good fortune. It is not every
day a man comes across one as she. You are a lucky man, M’sieur le
Comte.”

The anger left Salvan’s eyes and he smiled
crookedly, a picture of the girl in his mind’s eye. Some of the
heat cooled in his rouged cheeks and he swaggered. Another pinch of
snuff was inhaled, leisurely and long. “She is a beauty, is she
not, eh, Charmond? Such round, firm breasts. A rosebud for a mouth.
Hair shot with gold and eyes that slant ever so slightly, like a
cat’s. Most unusual. And to think her delights are all untouched.
Ah, it makes me hard just thinking about her! But I tell you,
Charmond, I do her a great honor, a great honor indeed. I am lucky,
yes, but she doubly so to even have a second look from Jean-Honoré
Gabriel de Salvan. When she learns of the honor done her she will
surely embrace me all the more sincerely and devotedly. Oh,
Charmond, I cannot wait until she—”

“—becomes your son’s wife?” interrupted the
Chevalier smoothly, which brought the color flooding back into the
Comte’s face and caused his eyes to narrow to slits. “What a joyous
day for the house of Salvan!” declared the Chevalier. “But an even
more joyous day for the beautiful
demoiselle
. Who would have
thought the old Jacobite General’s granddaughter would be done such
a great honor? Not she, I wager. She cannot but be grateful to you,
my dear Salvan. She will embrace you! And show her gratitude? Of a
certainty. She will repay you the way you desire her to do so.”

“But?” The Chevalier shrugged expressively.
“What can go wrong?”

“Idiot!” snarled the Comte. “If you do not
get me that
lettre de cachet
my plans, they will be
ruined!”

The Chevalier threw the last of his
handkerchiefs on the floor and rang the small hand-bell at his
bedside for a lackey. “I am doing all I can to do just that, my
dear good Comte. Even as we speak I am certain it is being attended
to. Poor Charmond may be bedridden, on the point of pneumonia, but
still he thinks only of you, my dear M’sieur le Comte, and your
ever so desperate predicament. Poor Charmond only hopes, humbly
hopes, M’sieur le Comte has not forgotten his own—not quite so
desperate—predicament? After all, and I beg your pardon for even
mentioning it to you because I know you would not disappoint me, a
favor for a favor is what you promised.”

The lackey came into the room with clean
handkerchiefs and the Chevalier boxed his ears and felt better for
having done so. He settled back on the pillows and pretended to
show an interest in his hands, but he was watching Salvan and he
trembled inwardly at the black look on the man’s hideously painted
face; the lead paint thick and white to cover pitted cheeks and
chin. He thanked God he had never had the smallpox to such a
disfiguring degree. He cleared his throat and the Comte looked at
him.

“Forgive me for recalling to your memory our
agreement, M’sieur le Comte,” said the Chevalier. “You shall have
your
lettre de cachet
. I hope it brings your son into line.
Why he does not want to wed a beautiful virgin is not for me to
understand. He must be a little mad, eh, Salvan?” When the Comte
did not laugh he dropped the smile into a frown. “Should he still
not do as you wish once the
letter de cachet
is waved under
his nose, and you clap him up in the Bastille or Bicêtre until he
sees reason, you still owe Charmond his favor. I hope M’sieur le
Comte intends to honor his bargain.”