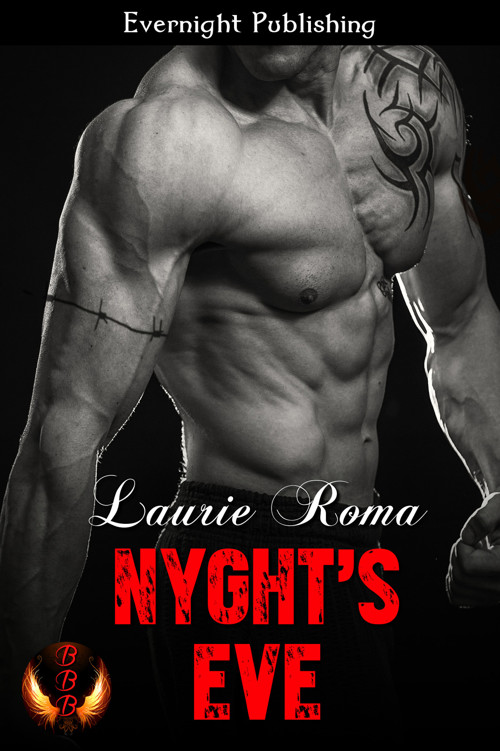 WARNING: The unauthorized
reproduction or distribution of this copyrighted work is illegal.

This is a work of fiction.
All names, characters, and places are fictitious. Any resemblance to actual
events, locales, organizations, or persons, living or dead, is entirely
coincidental.

There are
so many people I'd like to thank for inspiring me to write this book...

First of
all, I have to thank the brave men and women who serve our country. While there
are a lot of books that focus on men getting on with their lives after they
leave military service, this book deals with some of the aftermath that isn't
easily forgotten once the fighting is over. I like to think of this book as a
small way to show my thanks, and to say that your sacrifices are appreciated.

To all
the men and women who work and volunteer at animal shelters all over the world.
Thank you for giving those animals within your care the love they deserve, and
a second chance to have a good home.

Thanks to
Dusty Rhodes and Bees Tattoo for helping me understand the behind the scenes
workings of a tattoo parlor, and for helping me bring my own special tribute to
life.

To all
the breast cancer survivors out there, and to the ones we have lost. I only
touch on this subject, but I hope that people understand the importance of
going for check-ups and catching any potential issues early. It may save a
life. Live Strong. I wish you health and happiness—and most of all—a life full
of love.

And last
but not least, thank you to the men and women who are a part of bikers clubs
and groups that focus on doing good work. I want to stress that not all biker
clubs are bad. In fact there are several clubs that are strictly for law
enforcement officials, and others that focus on riding together for a common
goal, such as helping victims of child abuse or domestic violence. These men
and women defend those who stand alone and afraid, and act as a shield when
need be. If you are interested in learning more, just look them up on the web.
There are large, international groups or smaller local chapters that people can
get involved in. They may look like bad-asses, but their causes are righteous.

“You’ve got to be kidding me…”

Daryk Nyght scowled as he looked around the
Fight Hard gym. He’d just arrived in Breakers after a long drive, and the last
thing he wanted was to be somewhere he was surrounded by people…even if half of
those people were scantily dressed women.

God, something had to be seriously wrong with
him.

Despite the view, he couldn’t help feeling
irritated by the barrage of noise coming from all around him. Daryk—or Dare as
he preferred to be called—had expected the general noise of a working gym. The
grunts and sounds of boxing gloves meeting flesh coming from the sparring rings
didn’t faze him. No, what had him mentally cursing was the cheerful sound of
feminine voices drifting over from the far side of the room.

Good Christ, were those women giggling?

Hitching the strap of his backpack further up
on his shoulder, Dare stalked toward the mountain of a man with a shaved head
who was watching the group of women. The giant stood like a sentinel at the
edge of the mats with his hands braced on his hips. Coming to a stop next to
him, Dare continued to frown at the sight on the mats.

“If you tell me you put in a spa, I’m fucking
leaving.”

The man turned and a wide grin spread across
his face. “Nyght!”

Dare tried to brace himself, but still had to
grimace as Jared “Hammer” Caufield wrapped his massive arms around him and squeezed
the breath right out of his lungs. At six foot two, Dare was a big man, but
Hammer easily had a few inches on him, and also a good thirty pounds in muscle
mass.

Even with his piss poor mood, Dare was glad
to see his friend. He and Hammer had met while they were stationed at the same
army base in Iraq, and had become good friends. Dare had been a trauma surgeon,
while Hammer had been in the Rangers. When Hammer left the Army to begin his
career as an MMA fighter, Dare’s life had taken a far different path.

Hammer pulled back, taking a good look at his
friend and frowned at what he saw. Instead of the buzz cut they used to have in
common, Dare’s black hair had grown out into a dark array of shaggy locks. With
several days beard growth, and wearing a beat-to-shit black leather jacket with
a pair of worn jeans, Dare almost looked like a hard-ass, dangerous biker…or
some sort of wild animal. But what really showed Hammer the change in his
friend was the hard gleam in Nyght’s dark-grey eyes that hadn’t been there last
time they’d seen each other. It was the lethal look that soldiers developed who
had seen too much hard shit…who had done too much. Hammer knew because he had
often seen that look in his own eyes, before he’d found peace.

“Back atcha.” Dare looked around the large
gym and had to grin. “You did a good job with this place. Last time I was here
it was nothing but a big pile of shit.”

Hammer laughed. “I remember. We’d just torn
down that old warehouse and I was wearing that stupid brace on my knee.”

“I have. Damn, Dare. It really is good to see
you. I’d introduce you to my fiancée, Kali, but Sam might kill me if I
interrupt them in the middle of class.”

“That’s the physical therapist that kicked
your ass back in gear after your surgery, right?” Both men turned back to watch
the women on the mats. Dare glanced at the stacked woman with light-brown hair
running the class that he’d met after Hammer’s surgery. He knew that Sam used
to be a fighter pilot in the Air Force until she was shot down on a mission. She
must be a pretty tough woman to have made it out of enemy territory alone and
injured. Unable to fly anymore, she’d gone on to become a physical therapist,
using her military training to beat people back into shape.

“Yep. I figured if she could scare the crap
out of me, she’d be able to run the rehab center upstairs no problem.”

“She was a good choice then.” Dare paused,
then shot a glance over at Hammer. “I have to ask…when did you start holding
chick classes here?”

The big former MMA fighter scowled and
crossed his arms over his massive chest. “Don’t even start that shit.” He
lowered his voice so no one else would hear. “You know they actually call this
class
girl fight
?”

“I know,” Hammer sighed. “We started holding
the class on Tuesday and Thursday evenings. I originally did it for Kali and a
few of her friends, but more women just kept signing up. We have over twenty in
the class now, off and on. It’s good for business, and more men seem to plan
their workout schedules around the women’s classes.”

“I can see why,” Dare murmured as he watched
the women bend over in unison. “Let me guess, the cute little redhead with ‘Hammer’
stamped across the back of her pants is yours?”

Hammer grunted. “Damn right. I’ve ordered all
kinds of Rough and Tough apparel with my name on it for her to wear. I need to
make sure everyone knows Kali belongs to me.”

“Well, marking her ass with your name is
certainly one way to do it,” Dare remarked dryly, then he squinted to get a
better look. “And Jesus, is that a hammer tattooed on her shoulder?”

Grinning, Hammer nodded. “That was all her
idea. It saves me the trouble of knocking heads together when people know she’s
taken. Since we started this damn class I think there have been more hook-ups beginning
here than at The Fox Hole,” he added, mentioning the local biker bar in town.

Hammer laughed as he reached out to grab hold
of Dare’s arm, holding him in place. “Calm down. I think you’re safe,
considering you look like some sort of crazed mountain man.”

“I’ve been busy.” Dare absently scratched at
his beard. Damn, he really did need to shave. He almost lost his balance as
Hammer’s hand came down on his shoulder.

Dare gladly followed Hammer out of the gym,
up to the quiet second floor of Fight Hard where the rehabilitation center was
located. Hammer had spared no expense, having outfitted the rehab center with
high-end medical and training equipment. Dare asked a few questions as Hammer
showed him around, and he had to scoff as he saw some of the Pilates equipment
that hadn’t been in the original plans. Hammer explained that Sam and the other
physical therapists had been very successful using the equipment to help rehab
their clients. To Dare’s amusement, Hammer also muttered about a few Pilates classes
being taught there during the week, but said he tried to avoid the upstairs
area whenever those were going on.

Overall, Dare was pleased to see that the
Fight Hard Training and Rehabilitation Center was a world class facility, and
knew it was a place Hammer could be very proud of. When he’d had told Dare he
wanted to open a gym back in his hometown of Breakers after his injury, Dare
had thought it was a damn good idea. With Hammer’s mixed martial arts training,
it seemed like a perfect transition. With the addition of the rehab center that
catered to vets and other athletes, it made Dare want to get involved.

Even though Hammer had made enough money as a
Cage Fighting League champion, both Dare and their other friend, Adam Rever,
wanted to support his new business venture. Hammer had allowed Dare and Rever
to invest, while he kept controlling interest of the business. Hammer did a
good job keeping them informed about what was going on with the gym by email,
but Dare knew he and Rever weren’t really necessary to the business. They were
mainly there to support their friend.

And the truth was, a part of Dare had never
really expected to live to see the gym finished.

“You did a good job with this place, Hammer.”

As if he knew what Dare was thinking, Hammer
stopped and looked at him with sober eyes. “How are you doing, Dare? Because I
gotta tell you…you look like shit.”

“Seriously, man. We expected you last month.
I thought you were resting up at that cabin in Colorado? You don’t look that
rested or relaxed.”

Dare turned away, staring across the large
room as memories plagued him. No, he wasn’t rested. In fact, he felt like he
was damn close to losing his mind. Being a trauma surgeon in the Army had been
hard. No, it had been fucking brutal. Sure there were days that he’d done the
basic monotonous doctor shit on base, but there were other days that had been
filled with the screams of injured men and women that would haunt him till the
end of his days.