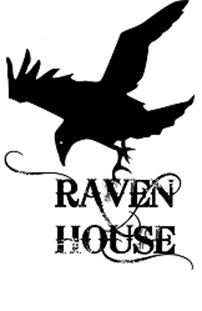 This ebook is licensed for your personal enjoyment only. This ebook may not be re-sold or given away to other people unless expressly permitted by the author. If you would like to share this book with another person, please purchase an additional copy for each recipient. If you’re reading this book and did not purchase it, or it was not purchased for your use only, then please go to a digital ebook retailer and purchase your own copy. Thank you for respecting the hard work of this author.

To my wonderful support group:

Thanks so much for all your help and input!

Sweet Blood of Mine

Dark Light of Mine

Fallen Angel of Mine

Dread Nemesis of Mine

Twisted Sister of Mine

Dearest Mother of Mine

Infernal Father of Mine

Sinister Seraphim of Mine

Wicked War of Mine

Dire Destiny of Ours

Conrad Edison and the Living Curse

Conrad Edison and the Anchored World

Conrad Edison and the Broken Relic

The Next Thing I Knew

For the latest on new releases, free ebooks, and more, join John Corwin's Newsletter at
www.johncorwin.net
!

A QUESTING WE WILL GO

When Justin enters negotiations with the Brightlings, he hopes peace, unity, and equal rights for all Seraphim are within reach.

But Elyssa smells something fishy and Justin knows better than to ignore her advice. They discover that the mysterious new leader of the Brightling Empire is after a secret weapon hidden in Voltis, a forbidden place where destructive elemental forces destroy anything that tries to get through. If that's not bad enough, the leaders of the last two Darkling legions seem intent on starting a civil war and taking over the government.

Together with Elyssa, Shelton, and Adam, Justin manages to convince the Mzodi to take them to Voltis on a flying ship. It might be a race to their doom, but if they don't find out the secrets of Voltis and keep the weapon out of the hands of the Brightlings, the entire Darkling nation might once again be enslaved.

I was about to meet with a dead man.

Primarion Arturo was a blast from the past, and not in a good way. I thought I'd killed him in the final boss match on Eden between me and his beloved empress, Daelissa. Apparently, he had roach DNA.

Here on Seraphina, accompanied by a squadron of thirty of his flying archangels, Arturo glided on blazing white wings to a smooth landing atop Mount Ulladon. He wore a dark blue robe over sparkly blue armor, and a golden circlet around his head. He looked so damned magnificent with his thick mane of hair and chiseled jaw, I just wanted to punch him.

Showing no signs of surprise or anger that he was meeting with Justin Slade, the guy who'd killed his empress, Arturo strode across the open ground to the simple white canopy and took a seat at the table beneath it.

How in the hell are you alive?
The Brightlings had specifically requested my presence here and I wondered if Arturo had been behind it. What if this entire meeting was a ruse so he could exact revenge on me? If it was, he was in for a hell of a fight even though I was alone.

I gave Arturo a few seconds to speak, but he remained stubbornly silent. It was all the more annoying because the Brightlings had requested the meeting. "Well?" I said. "Shall we get started?"

"Of course," he replied, voice calm and lacking the pomposity that instantly made me hate him the first time we'd met. "As crown ambassador for the Brightling Empire, I am prepared to negotiate peace."

His statement shocked me into silence. It took a few blinks before I could respond. "You want peace?" It was the last thing I'd expected from the Brightlings. If anything, I'd expected a long hard fight just to get them off Pjurnan soil.

If he was truly here to negotiate peace, I had a chance to make Nightliss's dream of a unified Seraphina come true. Her death sat heavy in my heart, but making her wish a reality would do wonders to lighten that load.

Arturo nodded. "I see no reason to continue a bloody war that might consume our entire realm." He clasped his hands and gave me a steady look. "I cannot deny that I despise you for murdering my empress. But after I crawled away from that battle, life barely intact, I was forced to live for a time among mortals. They shed blood without reason, prosecute war without faith, and have spread like a blight throughout Eden."

I raised an eyebrow. "Your point being?"

"Seraphina is paradise." Arturo gestured at the towering mountain peaks crowned with golden clouds. "Seraphim should be as wise as they are ancient and do whatever possible to preserve that."

"I wish Daelissa had believed that."

His gaze sharpened. "My empress would have set Eden to rights." He held up a hand to ward off a response. "Further conversation on this matter would only dampen my enthusiasm for a treaty. Let us move on to the details."

Thankfully, Commander Borathen had prepared a list of demands just in case. That man really knew how to plan for every eventuality.

"It just so happens I already have the details worked out." I pushed a small blue gem into the middle of the table and charged it with Murk. A holographic list of our terms appeared.

Equal rights for all Seraphim under the law.

Equal representation for all Seraphim in the government.

Free travel and trade between the Darkling Empire and the Brightling Empire.

I'd wanted to add some spiffy graphics and a video of cats cuddling with dogs to get my point across, but Elyssa and her father had nixed the idea.

Arturo read the short list and deactivated the gem. "Our terms are much simpler. Both sides sign a non-aggression treaty and we remove our troops from the Pjurnan borders."

"And continue to treat the Darklings in the Brightling Empire like second-class citizens," I finished. "I think it's time to be wise and unite all Seraphim. I have it on good authority that in the old days, there were no Brightlings or Darklings, only one people."

"Perhaps, but those days are long past." He leaned back and regarded me for a moment. "Why should we dilute our purity? If we allow Darklings the same privileges, then the two species will mate and produce inferior offspring."

"Do you know Fjoeruss?" I asked.

Arturo's lips tightened. "I know of the Trickster, yes."

The regent paused warily. "Nearly as powerful as Daelissa herself."

"Actually, Fjoeruss is far more powerful than she ever was," I said. "He's an ancient, one of the first Seraphim, and can channel both Murk and Brilliance equally. I believe uniting the Seraphim will once again restore the powers of old."

Arturo shook his head. "I cannot and will not endorse such madness, Minister Slade. My own people would rise up against me."

I wasn't a minister, an ambassador, or even remotely qualified to negotiate a peace treaty, but I was the face of the Eden army that had defeated Daelissa. Now I knew why Arturo had specifically requested to meet with me. He hadn't beaten me in battle, so he wanted to watch me squirm at the negotiating table.

I maintained a stony exterior and looked him dead in the eyes. "Are you willing to risk war over outdated ideals?"

He didn't flinch. "The question you should be asking, Minister Slade, is whether peace in our time is more valuable than a protracted war even you cannot hope to win." He folded his arms across his chest. "Tarissa is naught but rubble, her people scattered to the winds. You have only two legions at full strength, and the Eden army is far weaker than the last time I fought you."

How in the hell does he know all that?
My straight face slipped into shock, because, damn it, I just wasn't trained for this sort of thing. "Where did you get that information?"

"We have four full legions, Minister Slade." Arturo produced a gem and projected a flat map of Seraphina. Though the continents bore similarities to their counterparts in Eden, there were enough differences to make it look like an alien world.

Here, North and South America were known as Azoris and Sazoris, their land masses much smaller due to the larger oceans and aether vortexes claiming thousands of square miles. A mountain range occupied the ocean where Florida should have been, and there, a star atop Mount Hein marked the capitol of the Brightling Empire, Zbura.

Across the Altean Ocean sat the land of Goleaad. This version of Europe and Asia had lost the landmass of Russia and half of India to the Frigean and Castigean Oceans. Ijolica neighbored it to the south, its outline bearing a slight resemblance to Africa.

Solid white shaded nearly every continent except for gray Ijolica, while a lonely little continent in the far southwestern corner resembled a deep purple bruise on the world's ass. This place happened to be the same continent whose fate Arturo and I were discussing.

Pjurna resembled Australia, and Tarissa, the capitol city of the Darkling Empire, sat right about where Sydney would be in Eden. It was a small speck of land compared to the Brightling holdings, which was exactly why Arturo showed me this map. He wanted me to feel small, insignificant, and purple compared to the pure glowing white of the Brightling Empire.

The Girl on the Fridge: Stories by Etgar Keret
The Hills of Singapore by Dawn Farnham
Judith Ivory by Untie My Heart
St. Lucy's Home for Girls Raised by Wolves by Karen Russell
The Rancher Takes A Bride by Sylvia McDaniel
The Sellsword by Cam Banks
Brie’s City of Angels (Submissive in Love, #6) by Red Phoenix
The Comeback Challenge by Matt Christopher
National Burden by C. G. Cooper
Screw the Fags by Josephine Myles