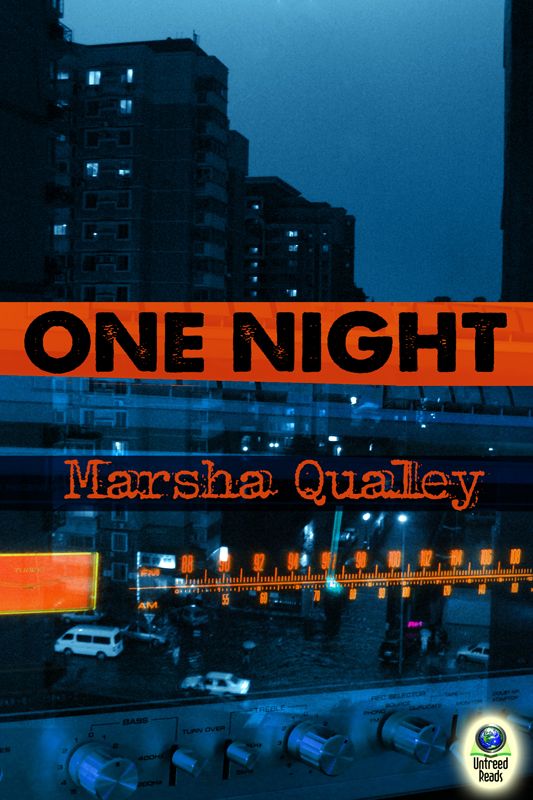 This ebook is licensed for your personal enjoyment only. No part of this book may be reproduced in any form or by any electronic or mechanical means, including information storage and retrieval systems, without written permission from the publisher or author, except in the case of a reviewer, who may quote brief passages embodied in critical articles or in a review. If you would like to share this book with another person, please purchase an additional copy for each person you share it with. If you’re reading this book and did not purchase it, or it was not purchased for your use only, then please return to your ebook retailer and purchase your own copy. Thank you for respecting the hard work of this author.

This is a work of fiction. The characters, dialogue and events in this book are wholly fictional, and any resemblance to companies and actual persons, living or dead, is coincidental.

Venom and the River: A Novel of Pepin

Spread dirt on a friend? Cheat on a test?

Lie about something? Lie about nothing?

Ever kick a dog?

Have you hated someone hard for no reason at all?

Or maybe you had reasons—skin color, clothes, or

That gold symbol hanging around her neck.

You can’t get much lower than that.

Nineteen now and just holding it together.

Nineteen and fighting to stay sober and clean.

Addicted so young, that old story.

And locked up her heart.

(Forgive me; it’s her aunt Kit’s rather
ripe description.)

Poor Kelly—No, forget the poor. She’d say you should.

She’d say, Don’t waste your pity on me.

She’d say, What you think and what you feel don’t even reach me.

That’s what she’d say, if she talked about it at all.

And what did she do that has frozen her soul and locked up her heart?

What did she do? Okay, I’ll tell, but hold tight because it’s pretty bad.

Two years ago, when she was seventeen, detoxed and rehabbed

And clean for six months and trying…

Two years ago she took a fast slide…

Two years ago she…

Did I say that it’s pretty bad?

Still with me? I hope so. Because as awful as it is to think about—

Gasping for life in the smoke and the heat of the flames.
Just Think
.

But this isn’t going to be a replay of nightmares,

Or a chance to crank up our cool

With an armchair cruise through dark places. No.

This,
if not quite a fairy tale,

This, Reader, is a love story.

I bet ninety-five percent of all the female addicts in this town have really short hair. Buzz cuts, shocks, Marine mows, spike lids—whatever they’re called, the Dakota City junkie/ex-junkie style is short. It’s not like I’m noticing this for the first time or anything. I’ve just never thought about it. God, that’s so true about everything, really. All the day-to-day crap, I’m only now clear enough to think about. This is sobriety, folks: the acuity to contemplate junkie hairstyles.

But still: the hair. Why short? Oh, nothing deep there, of course. First of all, it’s The Look in this backwater town, and a big part of the user’s fix comes from belonging, being part of The Scene. Fashion—any fashion—is all about the herd mentality, and why should it be different for dopers?

And then, too, who wants to bother with hair when you’re only ever thinking of getting high, planning the how, when, and where of the next time? And especially why bother when sugar-voiced Julio down at Utopia Spa will pay twenty-five or more for even a short fist of dull brown hair. Or if you’re lucky like me and your hair is—was—shoulder-length golden sun-streaked country dub blonde (yes, it’s natural, Julio, can’t you tell?), then you get more. Seventy-five cash, or maybe you’d prefer—wink, wink—some very nice product?

Sure, Julio, keep the cash. I’ll just take a few bags of that, uh, conditioning powder.

Okay, so it’s clear why all the users go short, but why oh why when we get clean do we all stay that way? I mean, look at the women at this meeting. All of us no longer using, but holding on and moving on, yet nearly everyone here still looks like she belongs to a coven of religious penitents, maybe one of those groups that—

“What is going on in your head? Did you listen to anything anyone said today?”

“You’d know if you’d listen. You never listen. Never listen, never talk. Every day I see you come in here, take a chair close to the exit, drop your head, and sink into some daydream riff. About as involved with your surroundings as a statue. Yes, the meeting’s over, and if you don’t mind we’re hauling the chairs over to the big room. One o’clock AA needs them all.”

I rose and she pulled the chair away, snapping it together and tucking it under her arm. I looked down at the foam cup in my hand. An inch of cold black coffee was left in it. I closed my eyes and drank it down.

Sandi’s fingers drummed on the back of the chair. “A bunch of us are going to lunch. I don’t suppose there’s any reason to believe you might want to join us. Do I need to even tell you that you are and always have been welcome?”

Several people had gathered near the exit. It was the usual NA post-meeting mix: some people laughing, some finishing up the tears. Most of them young and smoking.

I turned to Sandi, who was old enough to be mother to almost everyone in the room. “I have to go to work.”

She rolled her eyes. “A real loner, aren’t you? Honey, no one stays sober by staying alone. I used to be like you. I’d come to meetings and never do much but warm a seat. I crashed—crashed hard and stayed down until I started to do the work.”

She followed me to the trash. I could hear her snicker softly as I tossed the cup and it bounced off the rim onto the floor. I leaned over, picked it up, and carefully placed it in the basket.

“I’ve told my story. I’ve talked during round robins.”

“Name tag stuff, that’s all. We know your name, we know you’re a sniffer not a shooter, we know—”

“Oh, yes: And we know you work for your famous aunt. What we don’t know is why you’re here every day when she’s on the air. Why is that, Kelly? Have you lucked out and found a job that’s no job at all?”

People were waving from the doorway. I tipped my head toward them. “Your friends are waiting for you.”

“Your friends, too—if you’d allow. Just tell me the one thing, Kelly: If you’re really the assistant to a big shot radio star, why aren’t you at work when she’s on the air?”

I drew a breath, then released it in a silent whistle. “Because when Kit Carpenter is on the air, she doesn’t need anyone.”

Sandi handed the folding chairs under her arm to a lanky guy who was collecting them onto a cart. “Oh, so she’s that big? I guess that explains why she doesn’t even need Simone Sanchez.”

“What do you mean—no Simone Sanchez?”

She tilted her head and narrowed her eyes. “Kit Carpenter’s assistant didn’t know?”

Her eyes lightened, pleased with my interest. “I ride the bus, right? Same route, same bus, same driver. Every day. And every day Teddie, the driver, has a radio tuned to KLIP. I always take the seat right behind Teddie because it’s the safest place, and on the midtown route, you just never know. Anyway, so I’m up front behind Teddie and her radio, and all week I hear the promos: Simone Sanchez, live on ‘Kit Chat.’ But guess what. On the bus this morning Teddie’s of course listening to the radio and suddenly she’s pounding the wheel and swearing. Apparently, there’s no Simone Sanchez. Instead—and I have to tell you, she nearly drove the bus onto the sidewalk when she heard this—all Kit Carpenter’s devoted listeners were going to get today is your aunt grilling some lame community college professor about Lakveria and the conference at the U. No explanation whatsoever about why everybody’s favorite singer is not going to be on the show. ‘Couldn’t be with us’ was all your aunt said.”

Sandi smiled. “Not that I approve of such language, honey, but it’s good to see you off the leash.”

Kit Carpenter’s assistant didn’t know and Kit Carpenter’s assistant was pissed. My aunt has one of the highest rated daytime radio talk shows in the country. She’s a natural born talker with a voice that glides through the air. And while she may not need anyone when she’s mesmerizing her millions of devoted listeners, she gets plenty of help before the On Air sign lights up, most of it from me. For weeks I’d been researching and prepping her for the Sanchez interview.

Sanchez is a Diva Deluxe. So is my aunt. Who called whom to cancel?

I had my suspicions.

Normally it doesn’t take me long to go from the meeting to work. It’s a quick ten-block walk from St. Ambrose’s Open Life Church down Washburn, then through the Medical Arts parking ramp to the unmarked staff entrance of the nation’s biggest AM radio station, KLIP, where my aunt reigns and ruins. If the NA meeting runs long or the weather is bad, I can hop a bus, but usually I like the walk. And, as I said, usually it doesn’t take long.

Unless you’re dressed the way I was dressed today. Specifically, we’re talking shoes.

I dress with care. This is not a fashion statement, or a declaration of class warfare. It’s not even (I try to believe) the residue of once owning too many Barbie dolls.

It’s control. There are a few simple road rules for life in the recovery lane. One of the biggies: Control what you can control. My options aren’t many, but I can control how I look, so each day I present to the world a visually coordinated me. This doesn’t always involve sensible shoes made for sprinting ten city blocks.

Today I was wearing some butter-soft Italian leather sandals. I can’t buy these things on my salary, of course. I’d found them in my aunt’s closet when I was hunting for scarves to braid into a belt for the red linen sheath I was wearing. I found the scarves—Paris silk; my aunt is nuts about such things—and I found the shoes. Help yourself, Kelly Ray.