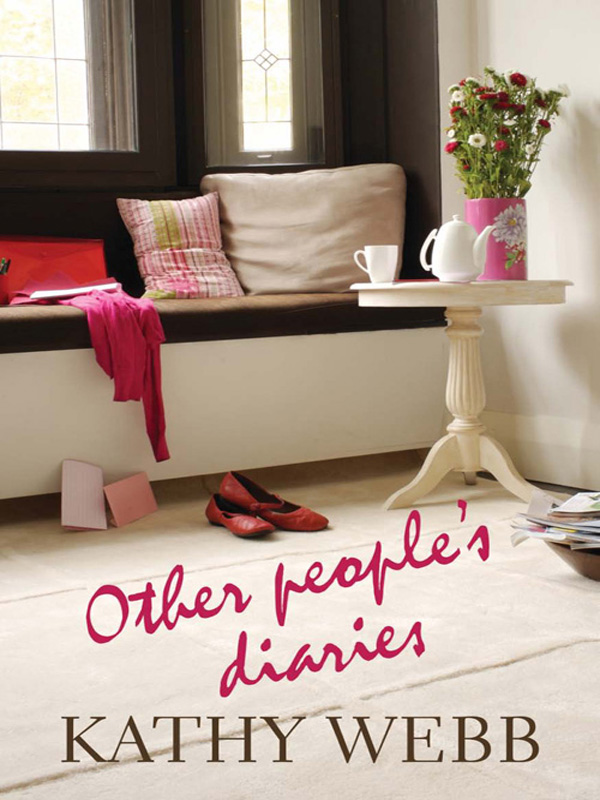 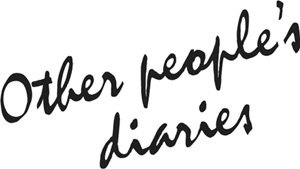 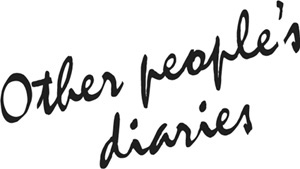 All rights reserved. No part of this book may be reproduced or transmitted in any form or by any means, electronic or mechanical, including photocopying, recording or by any information storage and retrieval system, without prior permission in writing from the publisher.

Papers used by Pan Macmillan Australia Pty Ltd are natural, recyclable products made from wood grown in sustainable forests. The manufacturing processes conform to the environmental regulations of the country of origin.

The characters and events in this book are fictitious and any resemblance to real persons, living or dead, is purely coincidental.

All rights reserved. This publication (or any part of it) may not be reproduced or transmitted, copied, stored, distributed or otherwise made available by any person or entity (including Google, Amazon or similar organisations), in any form (electronic, digital, optical, mechanical) or by any means (photocopying, recording, scanning or otherwise) without prior written permission from the publisher.

Visit
www.panmacmillan.com.au
to read more about all our books and to buy both print and ebooks online. You will also find features, author interviews and news of any author events.

Designed in shades of purple and green, it resembled a hundred similar sites.

Looking for scented candles to burn in your bathroom? Click here
.

If a website could be fragrant, this one would have smelt like a combination of sandalwood and lemon floor cleaner.

If you didn't know better, you'd stop there, close the site and forget you'd ever looked at it.

Unless, that is, you clicked on the small button halfway down the page. The button with the words
The Red Folder Project
.

Nothing changed with the design of the page.

But the references to homemade soaps and natural essences were replaced by something much more interesting.

A group of people have embarked on an experiment
.

They are strangers, but each has the secret fear they aren't living the best life they can. They are too busy, not busy enough. Have lost love, are losing love, have never known it â¦

They agree to make some changes. Nothing shocking, nothing dramatic. Just little steps toward making their lives happier
.

These are their diaries â¦

A
lice looked at the shoes again and wondered if she was brave enough. They hadn't seemed quite so red in the shop â¦ Or so high â¦

She looked at her watch: five past seven. There was no time for second thoughts. Resolutely, she slipped on the shoes, straightened up and took one last look in the mirror.

Amazingly, the woman who stared back at her didn't look as though she was so nervous she could throw up at any moment. Her brown hair sat, for once, in stylish waves on her shoulders. Her dark eyes were dramatically outlined, just a hint of apprehension showing in their depths.

The recently purchased fashion magazines had known what they were talking about. The patterned wrap dress, for which she'd paid way too much, did all the right things in the right places. She ran her hands over her hips, which appeared smaller than usual, and looked approvingly at the illusion of a flat stomach. Thanks to the new underwear she'd bought on impulse, her breasts looked almost voluptuous, rather than just very large.

Alice wondered briefly if her bra could become a tax deduction if she actually got this crazy idea off the ground.

She walked over to the closet and drew a large leather-bound jewellery box from the back of a shelf. The inner felt was emerald green and glowed through the tangle of necklaces and earrings.
Alice picked through the winding strands, her fingers catching on a cascade of silver chains with diamantes dotted throughout. She pulled it out, dislodging the other pieces that came with it.

It was probably worth the least of anything her grandmother had owned and it was years since she'd worn it. The silver clashed with Alice's gold wedding and engagement rings so she slipped them off.

Alice reached behind her neck and fastened the clasp of the necklace.

Alice picked up her bag and strode out of the bedroom.

Claire was the only reason I went that first night. She was desperate to meet Alice Day, but wouldn't go on her own. Guilt is something that factors largely in my life â guilt that Bianca is like she is because she doesn't know her father, or because I spent so little time with her when she was young. Guilt that I never sit down and do jigsaws with Sam, guilt that it's nine days since I initiated sex with Jeremy â¦ Guilt about secrets I've never told. I figured at least going along for one glass of champagne would mean I wouldn't have to feel guilty about not helping Claire
.

âI
think that legal action might be a bit of an overreaction.' Jeremy's voice was low and calm.

âBut they're blackballing me,' Rebecca thundered. âI am being blackballed by a bunch of nannies.' She paced the length of the kitchen and back again, her tailored trouser legs whipping against each other.

âYou're right. It's outrageous. But just slow down for a moment.'

âSlow down?' Rebecca retorted in amazement. âHow the hell can I slow down when the whole Brisbane nanny network has been instructed not to take my calls?'

âAll I'm saying is that sometimes your immediate reaction
in these situations is a little extreme. Remember when that girl called Bianca a loser on her first day of high school?'

âYeah, okay.' Rebecca looked slightly shamefaced. âSneaking laxative into her drink bottle would have been a little over the top.'

âLaxative? You were talking about arsenic when you first found out.'

âCome on Jeremy, that was a joke, obviously.'

Rebecca pushed her hands into her long hair, dark red strands spilling over her fingers and onto her face. âIf I'd known this would happen I'd have put up with that prima donna's problems a bit longer. Seriously though, what is going wrong with the service industry in this country? Lorraine earned more than I did after working for ten years, yet she still refused to extend herself beyond popping food in Sam's mouth and taking him on play dates.'

Jeremy slipped off his suit jacket and draped it over the moulded back of a chrome and white chair. He leaned on the chair and looked at his wife. She was tall anyway, but wearing high heels and burning with anger, she was a formidable sight. He spoke calmly.

âWhat did the nanny agency say?'

âApparently people who don't respect their nannies are not sought-after employers. Can you believe it? They acted like I'd chained her in the attic overnight! I simply told her she needed to start helping out with a few things like the washing and keeping the kitchen clean.'

âAnd you were kind and understanding when she said no?'

Rebecca picked at the polish on her long nails. âPerhaps not as much as I could have been.'

âAll right, I told her she was a selfish little cow who had to discover some get-up-and-go if she was going to make anything of her life.'

The silence stretched. Jeremy loosened his tie and waited, knowing from experience that there was more to come.

âAnd that I was glad she was going anyway because I couldn't
have my child growing up around someone who didn't know the difference between the words “bought” and “brought”.'

âYeah, okay. Not my most diplomatic moment. It's just this whole scene. It's like a modern caste system. Cleaners, nannies, tradespeople loftily perched above mothers, who finish all the bits no one else wants. My suggestion, that Lorraine might actually give the kitchen floor a quick mop when it's disgusting, was greeted as though I'd asked her to scrub the toilet with her toothbrush. The other night I was hanging out our bedroom window cleaning the outside of the glass because the cleaner only does the insides. What the hell is going on here?'

Jeremy opened the stainless-steel fridge door and pulled out a bottle of wine. In an automatic response, Rebecca pulled two large wine glasses from the cupboard behind her head and clattered them onto the island bench. Jeremy winced, but decided now was not the time to mention their price. A wine glass aimed at his ear was a distinct possibility.

Wordlessly he poured a large glass and handed it to Rebecca. She took a gulp and slumped onto a chair.

âBec, you've got to learn to think before you act. You're right, Lorraine's a prissy little piece of work. But she was good with Sam and a hell of a lot better than no nanny.'

âI know,' Rebecca said in a low voice, adrenalin rush spent. âI just got so sick of biting my tongue, running around at midnight doing all the things she could have done but didn't. But I was sure there'd be someone else who would be better. Talk about a sellers' market â¦' Rebecca looked at her wine glass, vaguely registering it was almost empty despite the fact that she had no memory of picking it up. An early sign of alcoholism, she thought with resignation.

âWhat the hell will I do now?'

âHow about I give Mum and Dad a call and see if they'd come down next week? That'll give us a bit of time to sort something out.'

Rebecca grimaced. âAnd give them another chance to see how I can't look after their grandson's wellbeing.'

Jeremy said nothing, his mouth a thin line.

This was heading down a well-worn path and Rebecca held up her hands. âI know. I'm sorry. Your parents are great with Sam. Just not so great with Bianca or me.'

âAnd your other options would be?'

âAll right. You're right, obviously. Mum is working â so it's got to be your parents.' She hesitated. âCould you just not mention I had a fight with Lorraine? Please?'

âOkay, so I tell them what exactly?'

Jeremy shook his head, smiling. âI'll come up with something. Forget about it for now, I'll call them in the morning. Have another glass of wine.' He refilled her glass.

Rebecca looked at her watch. âGod,' she grimaced. âHow on earth did I let Claire convince me to go to this thing tonight? I'd rather clean windows than sit around chatting to an author who hasn't published anything in a decade. At least I'd achieve something.'

The front door slammed and Rebecca tensed, her head turning in the direction of the doorway. Bianca stormed into the room in a flurry of black.