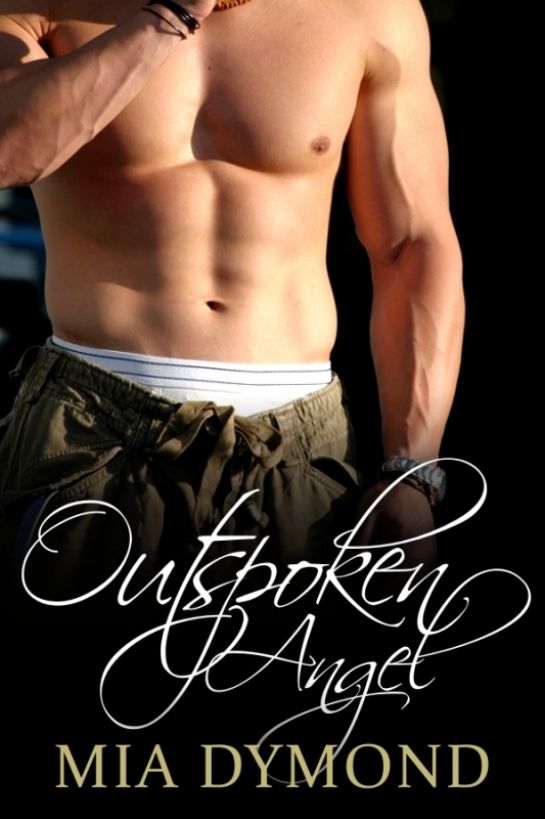 This e-book is licensed for your personal
enjoyment only. This e-book may not be re-sold or given away to
other people. If you would like to share this book with another
person, please purchase an additional copy for each person you
share it with. If you're reading this book and did not purchase it,
or it was not purchased for your use only, then you should return
to wherever you bought it and purchase your own copy. Thank you for
respecting the author's work.

With the phone nestled in the curve of her
neck and plastered to her ear, Cameron balanced on one foot while
cramming the other brand new silver Dior sandal on the other, and
attempted not to fall flat on her face after hearing what she’d
just heard.

Unfortunately, ballet had never been her
thing.

The phone slipped from her grasp as she lost
her balance and watched it smack the wall. Her rear end kissed the
floor - hard. She groaned and inched the phone closer with two
fingers before lifting it back to her ear.

“Sorry.” She tucked the phone back between
her neck and shoulder. “Did you just say he’s been released?”

“How did that happen, Warden?”

Cameron winced.
Fabulous
. Not only had
her ex-boyfriend-turned-stalker been released from prison, her
over-bearing, by-the-book,
proper-young-ladies-do-not-date-criminals father was now
involved.

She loved her father dearly, she did. But he
failed to realize it was his obsessive expectation of her to
protect the family’s image that forced her into Vince’s arms. In
her defense, she had no idea Senator Stone’s son would turn out to
be such a thug. The Honorable Simon Tremaine should’ve taken that
into consideration before issuing his last reprimand.

“If it puts you at ease any,” the warden
continued, “we have reason to believe he’s been reformed.”

Cameron squeezed her eyes closed and
throttled her urge to let loose an ear-piercing squeal. Reformed.
Right
. Miss Tisdale’s rules of etiquette stopped her in her
tracks.
A distinguished young lady does not raise her
voice
.

“No worries,” she said instead. “Thank you
for calling.”

Cameron disconnected and reached to buckle
her sandal while she digested the irritating newsflash. What now?
Her whole purpose of relocating to Diablo, Arizona was to put
much-needed space between herself and the suffocating environment
in Phoenix. Out of her father’s overprotective arms and into a
newfound, fierce independence. Where she could be herself, not
prim, proper and reserved.

Reserved.
Hmmm
. Not quite. She had
been born with the one thing most of the women in her family were
not. A brain of her own. That, and a willingness to express
herself.

All in all, things were going fairly well,
except for a couple of speed bumps along the way. Like the zany
idea she and her best friend, Rachel Newberry had to get backstage
to see rock ‘n’ roll icon, Jaydon Hawke. Although Cameron’s goal
had been to teach Rachel the art of spontaneity, the process
backfired when Cameron had to teach by example. So much for
bringing Rachel out of her shell. It was Cameron’s own desire to
escape her stereotypical good-girl label that was challenged.

Flashing the bodyguard at the backstage
entrance was something
old
Cameron wouldn’t dream of doing -
so
new
Cameron did.

In true groupie form, she’d smiled a sexy
smile and lifted her top. Within seconds both she and Rachel
breezed backstage. And, although Cameron wasn’t exactly proud of
herself, she and Rachel had both benefitted; Rachel married Hawke
and Cameron had been dating Sean Pirelli, Hawke’s drummer, for the
last three months.

Cameron pushed herself off the floor and
stood. So Vince was out of prison.

She threw her phone into her bag and slid her
sunglasses onto her face. She was late, as usual. Late to meet the
new man in her life; one who had far more important things on his
mind than stalking.

“Not tonight, Sweetheart, I have a
headache.”

Max attempted to appear humored as he shot a
busty blonde a slight grin and curled his fingers around her bare
midsection. With zero effort, he lifted her back behind the thick,
red ropes meant to discourage anyone from crossing. Obviously, she
didn’t quite understand. Pooching her brightly colored lower lip
and batting her eyelashes, the porcelain goddess shrugged and swung
a shapely hip at him as she turned to leave. Max heaved a sigh of
relief. At least she didn’t make him an offer. As wild as these
women were tonight, he was just too damn tired.

Distracted by a wave of hysterical screams,
he turned his attention to a state-of-the-art, ten foot long
catwalk, strategically placed off the main stage to divide the
crowd in half, where rock-n-roll icon, Hawke, gyrated his hips and
crooned to the women in front. Each pair of star-struck eyes
followed his every move like a swinging pendulum. Max chuckled. He
had to give the guy credit, Hawke knew how to make them behave. No
one would ever guess that under all that rock-n-roll diva act
lurked a hardcore Navy SEAL. A loyal, kick-ass soldier and computer
guru who just happened to have God-given talent that made the
ladies swoon.

Max watched as a shapely brunette boosted
herself onto the edge of the stage and glued her body to Hawke’s
leg. Never missing a beat, Hawke sent her a sexy wink and pried her
from his body. The bouncer working the area approached her and gave
her what Max assumed to be the
no more touching
warning.
Either that, or he slipped her a backstage pass for one of the
band. If neither were the case, Max was next on the list. He always
dealt with the ones who couldn’t take
no
for an answer.

Max folded his arms across his chest and
counted to ten as he watched the determined temptress leave the
stage and sway his direction.

“Hello, Handsome,” she purred, molding her
barely-covered hips to his groin and draping her arms around his
neck.

Max snickered as his body hardened.

He unbuckled her arms while his body
protested. “Sorry, doll, the animals have already been fed.” In one
smooth, practiced move, he set her behind the ropes. Obviously not
interested in pressing her luck, she turned and headed back to the
stage.

Convinced everything was under control for
the moment, Max glanced at the front entrance. A ripple of
awareness climbed his spine as he saw trouble headed straight for
him. Trouble in the form of one small, incredibly tempting woman.
Cameron Tremaine.

Max licked his lips as Cameron boosted her
cleavage to the top of a sparkly blue top with thin straps and
stepped into the auditorium. He allowed himself a secret smile. He
would buy anything she advertised.

Her naturally bright blonde curls bounced
over her bare shoulders as she swam through the sea of spandex and
skin and finally managed to squeeze to the front, just as the band
exited the stage.

She gave him a sexy smile and flashed her
badge. “Hey, Maxie.”

“You remembered your thingie,” he drawled
from behind his trademark-tinted lenses.

She glared, apparently put out by his
teasing. Amused, he ignored her uneasiness. Little did she know he
had the memory of an elephant and he wasn’t going to ever let her
off the hook. The last time she’d demanded access backstage, she’d
forgotten her
thingie
. Max issued an ultimatum: either the
pass or her goodies. She’d nearly knocked him over when she
negotiated with a head rub. He’d never been so glad to be bald in
his life.

Her impatient sigh dragged him back to their
current discussion.

“You’re not going to show me the goods this
time?”

A mischievous grin rolled across his lips.
Yeah, he had seen those. He’d become a religious man when she
flashed him her rack the very first time they met, again for access
backstage. One hundred percent pure, natural, creamy flesh. He drug
his tongue across his lower lip. She wouldn’t appreciate it if she
knew he’d do almost anything to see them again. Almost
anything.

He gestured behind him with his head. “Is
Pirelli expecting you?”

Probably not
, he answered silently for
her. Although Cameron had been seeing Pirelli for the last three
months, Max had a feeling she had no idea she was just another
number in the drummer’s book.

“No, it’s a surprise,” she answered over her
shoulder as she attempted to breeze past him.

Max stepped abruptly in front of her,
blocking her path with his massive, muscled body and causing her
delicately-carved chin to bounce off the hard surface of his chest
as they connected. Reaching to steady her, he paused at the muffled
sound of jingling bells.

“What now?” She rubbed her jaw.

“Maybe you should call first.” What were
those bells about? He decided to ignore it and focused on the woman
in front of him.

“Don’t be ridiculous.” She dismissed him with
a wave of her hand. “He likes my surprises.”

He peered over the top of his shades again.
“Has he ever surprised you?”

“None of your business.” With one last glare,
she stepped around him.

Max sighed and watched Cameron stomp down the
hallway with her sexy stilettos piercing the floor as she swayed.
She didn’t know it, but good ole Pirelli was full of surprises.
Cameron would yell something when she opened that dressing room
door and it wouldn’t be
surprise
. Especially when she
discovered the nearly-naked, bottle-blonde bombshell he escorted
back three hours ago, before the show. The same one Pirelli was
saving for after the show. Max actually felt kind of sorry for
Pirelli. An angry Cameron was a force to be reckoned with, he was
sure.

Not my problem
. Max leaned casually
against the metal gate. He wasn’t paid to organize the band’s
romantic interludes, just to break up the catfights when they were
double booked.

He folded his arms over his chest and watched
women apply lipstick and shift clothing as they prepared for a
wishful chance meeting with Hawke. After ten years’ experience in
this business, Max knew all about the scantily-dressed women in the
front. Most were empty-headed bimbos in tight clothing, interested
in one thing: sex. And it didn’t matter with whom, as long as it
was someone from the band. He always ended up peeling several of
them off the stage during each show.