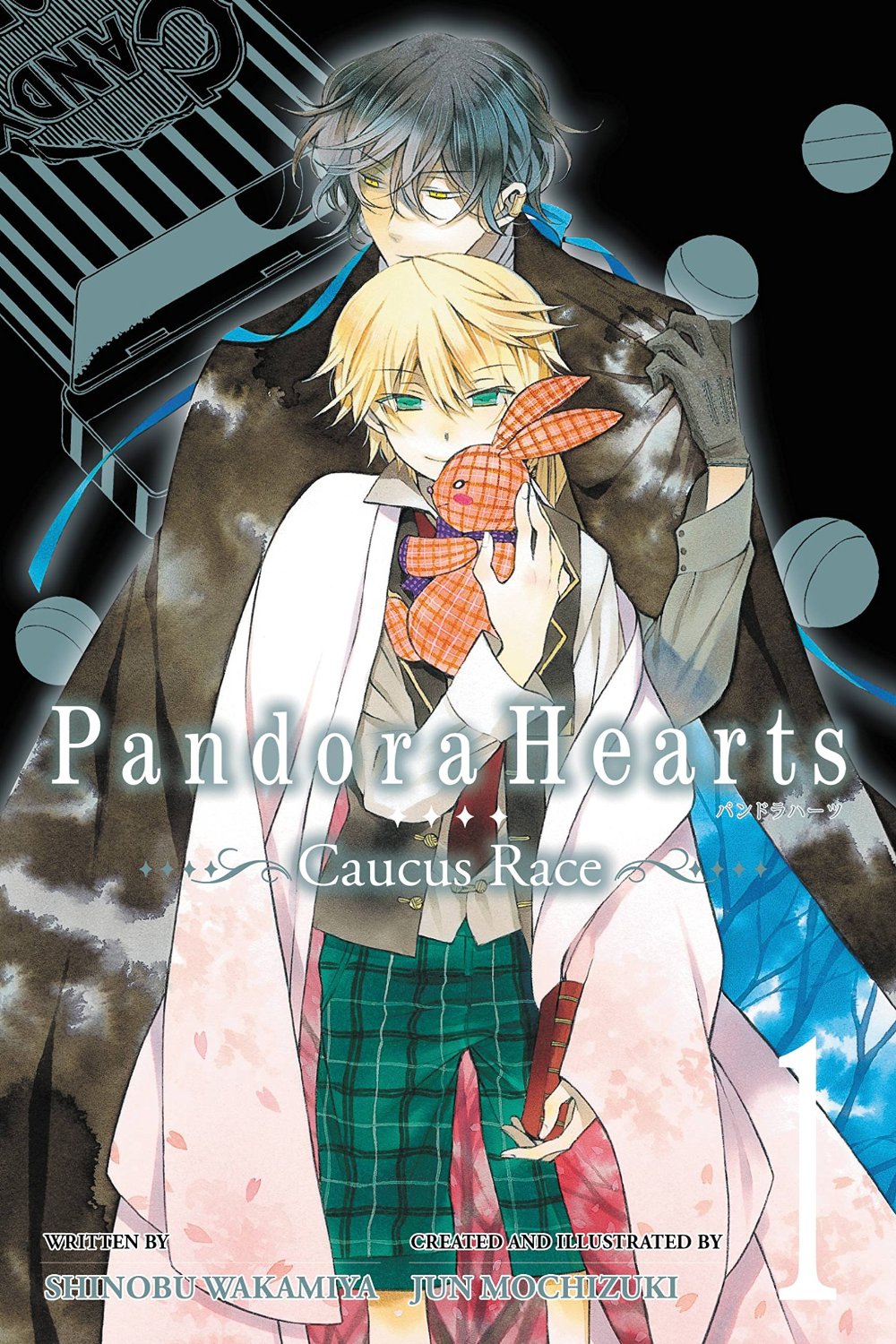 Inside the tin of sweets
are four jewels, like candy drops.
Look at them closely…and stories spill out.

Once, long ago, Oz saw falling snow that shone like gold.

His uncle Oscar had taken them far out into the country:

Oz, his little sister Ada and his valet and friend, Gilbert.

There he saw a world tinged with deepening gold, so beautiful it took his breath away…

The sun was already high.

The light that crept through the gap in the curtains fell across his cheek, and it seemed to disturb him a little: He was frowning slightly in his sleep. Even so, he showed no sign of waking.

Cocooned in a down comforter, his head sinking into a soft pillow, he slept without stirring. His breathing was slow and regular. The room was filled with a delicate, tranquil stillness of the sort that anyone would go out of their way to avoid disturbing.

Just then, a faint sound ruffled the stillness.

It was the sound of the door that led to the hallway, opening.

Someone slipped smoothly into the room through the barely open door. A girl with long black hair.

The girl looked around the room. When she spotted Oz on the bed, she broke into a tiny, mischievous smile.

It was a charming smile, like a flower bud opening.

The girl bared her fangs (canines, really) in a ferocious grin, launched herself into a sprint…

And took a flying leap at the bed.

Lithe limbs flailing gracefully, she reached the zenith of her jump, nearly touching the ceiling.

She was directly over the bed. Just below her, locked in her sights, was Oz, still sleeping peacefully, although his expression seemed a bit uneasy.

The girl’s eyes shone with a predatory gleam. At the perfect moment, when there was no possible chance of anything in the universe sending her off-course…

…and she spoke, gleefully, almost singing:

It was a full-force, gravity-driven attack.

At the very last second, a premonition of incoming menace woke Oz, and—maybe it was coincidence, or a miracle—he managed to avoid the attack by half-falling out of bed.

With an impressive
fwump
, the girl landed on the down comforter on her derriere and immediately said, “Tch!” She sounded disappointed, but still somehow entertained. Then she bounced right back up to her feet and stood on the bed, drawn up to her full height, feet apart, looking down at Oz.

Although Oz had managed to avoid the attack itself, he’d hit the back of his head when he tumbled to the floor, and he was groaning in a scratchy voice. He sat up, running a hand through his sleep-tousled blond hair, his face still drowsy. He rubbed the back of his head where he’d hit it on the floor, looking up at the girl in a daze. Then he spoke.

Alice, the ultra-aggressive girl, smiled defiantly, puffing out her chest proudly for no apparent reason.

“…Could you explain why you’re making attempts on my life all of a sudden?”

Alice looked to be in her mid-teens, but that arrogant attitude suited her to a T. …Not that that made it okay. Still, she didn’t lie. If she said she’d come to wake him up, then it was true.

“I see,” murmured Oz. Alice didn’t look as if she felt a shred of guilt. “Then, er, couldn’t you have been nice and shaken me gently or something?”

“What are you talking about?! I
was
nice! There aren’t many as nice as I am. Bwa-ha-ha-ha-ha!”

Oz was laughing a little. “Mm-hmm,” Alice said, with an exaggerated nod.

Alice was always high-energy, but this morning she was even more hyper than usual.

Oz wondered whether something good had happened. Even if it had, if it made her attack him in his sleep, he wasn’t at all confident that he could simply feel happy for her.

Powering up?
Oz was puzzled. Alice kept right on talking a blue streak.

“Ha-haaa! I’ve felt hot and strange since this morning, you see. It’s as though some completely new me is about to wake up! I’ve never felt anything like this before. I bet I’m
about to acquire some tremendous new power. Not only that, but when I walk, my feet feel a bit unsteady, as if I’m floating. Kuh-kuh-kuh… I may be able to fly soon! True, my head feels sort of foggy and it hurts like the dickens, but—heh-heh—I’m sure it’s all because I’m powering u—
Achoo! Cough, cough!
Bwa-ha, bwa-ha-ha-ha-ha-ha!
Snurff, wachoo!
”

Alice bragged, seeming to be at the top of her game. However, she sneezed and coughed, and her delicate, finely shaped nose was running.

Abruptly, he put his face very close to Alice’s. Telling her not to move, he leaned his forehead against hers.

At first, startled, Alice tried to pull away.

…A cold?
Alice cocked her head to the side, perplexed.

It wasn’t quite noon yet.

It was noon, and the day was sunny and peaceful.

Gilbert was sitting on a chair pulled close to the bed in Oz’s room. His eyes, which tended to get hidden by his black hair, were troubled and downcast, and his eyebrows were drawn
together in what appeared to be sorrow. The combination made him look truly worried.

He was gazing at the bed.

It was Oz’s bed, in Oz’s room, but now Alice had taken his place. She was wrapped up in the down comforter with a damp towel on her forehead, clearly and unmistakably sick. She’d been bundled into bed over her objections, and she looked dissatisfied, displeased, and irritated, but she was also feverish, and she seemed a bit weak.

“…Haah… I can’t believe it,” Gilbert muttered, shaking his head.

He gave a despondent sigh.

Quietly, almost to himself, he murmured:

Gilbert wasn’t melancholy, or worried, or sad. He was simply appalled at Alice’s cold.

Setting aside the question of whether the rabbit’s stupid or not, how could a Chain catch a human disease…?

Alice, who was wearing a set of boy’s pajamas that Oz had insisted she take, stood up on the bed indignantly.

She’d meant to sound sharp, but she tripped over her own tongue, slurring the words.

“Never mind. You’re sick. Get back in bed and stay there.”

Alice started off aggressively, but before long, her body
listed unsteadily. Despite her words, she seemed limp and exhausted.

Weakly, Alice collapsed back onto the bed with a thump. Gilbert heaved another sigh.

Frustrated that her body wouldn’t do what she told it to, Alice muttered an aggravated “Tch!”

Still appalled, Gilbert fixed the wildly rumpled comforter and retrieved the towel from where it had fallen by the pillow.

When he picked it up, he noticed that the wet towel was lukewarm, so he dipped it into a brass basin of ice water that was sitting on the floor and wrung it out again. Most of this was done with almost no thought on Gilbert’s part. By now, taking care of people was second nature to him.

A little while ago, when he’d come to this room, he’d run into Oz, who was on his way out.

Oz had told him about Alice’s cold, and then declared enthusiastically:

“I’m taking care of Alice all by myself. I’ll do
everything.
”

“And Gil, you’re in charge of making sure Alice takes it easy!”

Then he’d left the room, saying that he was going to get food and medicine for Alice.

He was probably planning to pick up a prescription at the dispensary, but Gilbert had his doubts as to whether human medicine would work on a Chain.

Oz hadn’t looked like someone who’d shouldered responsibility
for an onerous job. He’d seemed determined not to let anyone steal his fun. He’d been bursting with enthusiasm. Alice was special to Oz; Gilbert knew that. That probably explained it, but…

As he thought, Gilbert laid the cold, damp towel on Alice’s forehead.

“Nnrgh…” Alice wasn’t happy about being treated like a sick person, but she didn’t struggle.

An expression of comfort crept across her fever-bright face, and she gave a small cough.

No matter how you looked at her, she was a clear, picture-perfect example of a girl who’d caught a cold.

Well
, Gilbert thought to himself,
I guess when the stupid rabbit’s this meek, she’s not entirely uncute—

Gilbert’s hand had been hovering over Alice’s face, and she bit his little finger with enough force to make an audible noise.

It was so unexpected that Gilbert felt shock before he felt any pain. He didn’t understand what had just happened.

Belatedly, as the pain registered, he screamed internally:
Did she just
bite
me—?!

It made absolutely no sense.

His head was filled with a blizzard of question marks.

Alice glared at Gilbert. Then, still latched onto his little finger like a fish on a hook, she smiled triumphantly.

She seemed to have sensed it in the air. Animal instincts were not to be trifled with.

Thoroughly flustered, Gilbert swung his hand around, trying to shake her off. Alice wouldn’t let go.

It wouldn’t be at all okay to break a sick girl’s grip by knocking her flying, but…

It hurt so much that Gilbert thought,
I can’t be picky about how I do it!
Reluctantly, he clenched his free hand into a fist.

Just then, the latch rattled, the door swung open, and a perplexed voice said, “…??? What are you two doing?”

Oz was standing there with a silver tray balanced on one hand, and he was wearing an apron.

—An apron with little chicks all over it.

Oatmeal with mashed bananas mixed in.

That was what Oz had prepared for Alice. Oatmeal was oats—a type of large grain—that had been roughly ground or finely cut to make them easier to cook, and it was usually simmered with water or milk. It was boiled until soft to make it easy to digest, was rich in vitamins, minerals, and fiber, and often turned up at breakfast.

That said, it was considered surprisingly hard to season properly.

He was staring at Oz, and at Oz’s apron. For a moment, Oz blinked in confusion—“???”—but then he got it. Dexterously balancing the tray, he twirled once, flaring the apron proudly.

“I wear it pretty well, don’t I? They told me I really looked the part. I bet I’ll make a good wife someday!”

Oz looked tickled pink. He was really into this.

“—Yes, it looks very good on you,” Gilbert told him, straight-faced.

He sounded as if he meant it.

“Gil… Don’t give me a serious answer. There’s a punch line here, but that isn’t it.”

Still, it was true: Oz really did look good in that apron. Gilbert turned slightly away from Oz, averting his gaze, and cleared his throat. Then, abruptly, the blood drained from his face.

He’d eaten Oz’s cooking once. The memory rose in his mind. Even if he was being polite, “ghastly” had been the only word to describe it. However, Oz was brimming with confidence.

“It’s fine! I had the cook show me what to do as I was making it. I even tasted it to make sure. They told me I had a knack for this!”