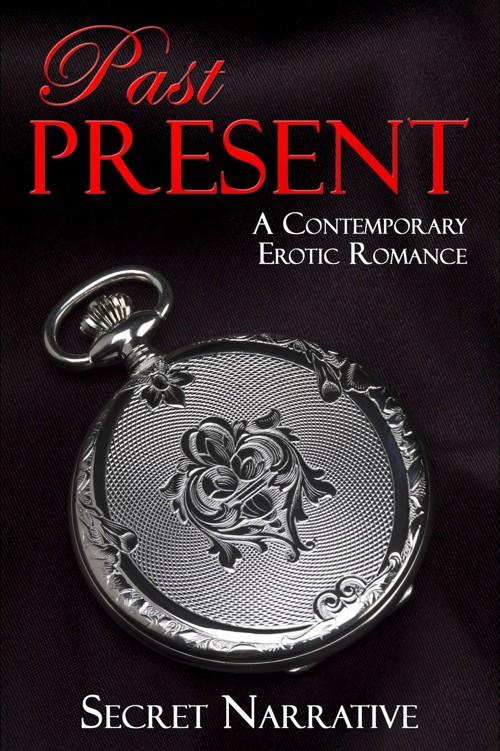 All rights reserved including the right to reproduce this book, or portions thereof, in any form. This is a work of fiction. All characters and events are the product of the author’s imagination, and any similarity to any persons living or dead is entirely coincidental. The opinions expressed are the author’s own and are not representative of the opinions of the publisher or distributors.

This book contains strong language and sexually explicit content that some readers may find offensive and which is unsuitable for persons under the age of 18.

I’m carried by dreams to the soft down of the cliffs overlooking the rolling, blue sea, and the fisherman’s boat swelling and bobbing the waves, rolling in blue. My eyes flicker open, focus on the ceiling. Music reaches me from somewhere and a cluster of pebbles patter the panes as if someone is trying to alert me. I rise, pull on my robe and walk downstairs to where the lilies grow. Their heady, seductive pollen overwhelms me. You’re standing just shy of the threshold, arms open. I yield. I yield, walk the path to the shore and roll in blue.

Speak of the Future

Sweetheart, what a beautiful bracelet. It was such a cute idea to place it in the box with the doll. These presents speak of the future. One day, I’ll say to you, all in a rush. “Do you remember when I wrote to you about Christmas, the year we were apart?”

Please Note
: This book has been published previously, please check the sample before purchase or contact the publisher for further details.

Death in the Afternoon

Eleanor took a pair of stockings from the dressing table drawer with a sigh. She regretted agreeing to go to the “Jive Like It’s ’45” Tea Dance Julie had organised; there was no going back now she thought while rifling through her wardrobe for a suitable outfit, she’d just have to grin and bear it. Everybody was expected to wear period clothing and Eleanor’s bedroom looked as if a bomb had gone off, her bed was buried under an avalanche of discarded items with more strewn around the floor. Seamed stockings wouldn’t be a problem; Eleanor always wore stockings and had a vast collection. She would be authentic, and wear natural with a black seam running up the back. Admittedly, British girls in the early forties would have been unlikely to get hold of such luxuries, but that wasn’t an issue now, and Eleanor hoped that the same applied to the tea, because if a ration book were required it would surely be the last straw.

She put on a tight black skirt that touched her legs just below the knees. Underneath she wore a black basque, matching panties, choosing a polka dot blouse tied at the neck with a bow, cinched in at the waist with a belt. She decided not to wear earrings; the average woman in the 1940s didn’t have pierced ears. She covered her hair with a black net snood, topped off with a jaunty black felt hat complete with a band of ribbon and a few smart feathers. Eleanor felt she had made a supreme effort, completing the look with brogue style shoes, a slick of red lipstick and a light mist of Chanel No.5, her favoured perfume would have been available having been formulated in the 1920s. Picking up her vintage clutch, she called a cab. She didn’t want to drive. If the mood took her, she might indulge a glass, or two of wine, and it would make the evening pass more pleasantly.

Arriving at the base, Eleanor was amazed to see that the hall set aside for functions was packed with a variety of people dressed in ’40s attire, many of them dancing to the band playing ’40s music. A function was always held in September, to commemorate the end of the Battle of Britain, but this was the first time a themed party had been arranged. Dotted around the edge of the room was an array of stalls displaying myriad period products for sale, original fur stoles and coats, leather gloves, hats of all shapes and sizes, all vintage, one woman was running a stall offering authentic hairdos and makeup to complete the look. Stockings were available in original style packaging, and there was beautiful clothing for men and women. Eleanor bustled through to the group where Julie was holding court to say hello. Julie arranged many functions, as the Wing Commander’s wife it was expected, but she also found pleasure organising everything and everyone, she was in her element at these affairs. Her husband, like many of the others, was often away on tours of duty, but this month and for the next few, the squadron was at home, many of the men were in attendance and most wore the modern RAF mess dress uniform in keeping with this sort of function.

“Hi, Julie, thanks for inviting me, will I do?” said Eleanor, giving her friend a peck on the cheek.

“Fab-U-lous, darling,” replied Julie, absentmindedly returning the kiss, and surveying the room over her friend’s shoulder, always aware of networking duties and always on the lookout for waifs and strays. “Over there beside the kitchen, there’s tea, cake, sandwiches, biscuits, or if you like you can have something stronger at the bar. I hope you enjoy yourself. I’ll catch up with you later. Do you want me to find you a table, or can you sort yourself out?”

“I think I’ll go and look at the stalls. I quite fancy a ’40s hairdo, and it’d be nice to take this hat off. Don’t worry about me, I’ll be fine. I’ll come and find you if I get lonely.”

It had taken the beautician more than half an hour to put Eleanor’s hair into a ’40s updo, but the result was stunning, her thick, blonde curls were fastened into an intricate pleat, secured with hairpins. Thrilled with the result and ready for a drink, Eleanor made her way to the bar and ordered a large glass of dry white wine. It was wonderfully chilled, and she enjoyed the feeling flooding from her mouth to her stomach as she swallowed the first few sips. She settled herself onto one of the stools to watch the dancing. The band were playing “The Lambeth Walk” and their leader was giving instructions to dancing couples as they circled in pairs around the dance floor, it didn’t look too complicated, everybody seemed to be enjoying themselves thought Eleanor crossing her legs and draining her glass.

“Buy you another?” said the man now standing next to her. “Matthew Fletcher,” he announced.

“Eleanor Grant. Pleased to meet you. Yes, please, dry white wine would be lovely, thank you.”

“Pleasure. Dry white wine for the lady and Scotch on the rocks for me please.” Matthew took the stool next to hers, and they waited in silence while the barman poured their drinks.

“Cheers. Do you come here often?” The laughing question reached his eyes, crinkling the corners. A perfect smile, white and even, and those eyes were brilliant, dazzling green, fringed with luxurious lashes that would have been the envy of any woman, most would have to buy lashes like his and stick them onto their lids with lash glue. Eleanor tried to concentrate on what he was saying while also trying to work out his age, she reckoned he was perhaps pushing sixty five, more than thirty years her senior. His uniform was pristine, and a perfect fit, she assumed it wasn’t hired or borrowed, he was a Squadron Leader (retired).

“I don’t come here often,” she finally replied. “My friend, Julie…over there,” she pointed, “invited me. She’s always trying to get me involved in various jaunts, most of her work is for charity, so I don’t mind, but I honestly wasn’t looking forward to today,” she smiled.

“I’m glad that you decided to come,” he replied, raising his glass to her in another salute.

The band switched to the much slower tempo of “White Cliffs of Dover” and the Lambeth Walkers left the floor.

Matthew led her onto the dance floor and took her into his arms in a traditional hold. Eleanor wasn’t very accomplished, but he held her firmly, and she followed his lead, she knew the steps but was rusty.

“I’ve not danced in a long while. I hope I don’t tread on your toes.”

They twirled around for three or four dances. Eleanor could feel a charged atmosphere building between them, she melted quietly into his arms as he held her ever closer, he smelled heavenly, and she fit perfectly into his embrace, their conversation flowed. Thankfully they could hear each other over the music, which although loud wasn’t too intrusive, he was witty, gallant and interesting. Eleanor concluded that he was actually darned impressive.

“Excuse me,” another man interrupted, asking to partner Eleanor. It was difficult to refuse, so Matthew reluctantly gave her up and returned to the bar and his drink.

Blast and damnation, thought Eleanor as she watched him retreat from over her new partner’s shoulder, he’s splendid. His back, clothed in the blue-grey mess dress jacket was broad; she had liked its feel beneath her fingers. She realised he’d had quite an effect on her, but she gave herself up to the rest of the evening, enjoying the dancing.

From time to time, she spotted Matthew chatting to various people, surprising herself by feeling envious when she saw him chatting to an attractive woman. He also spoke to the younger man she had danced with earlier, and another who had asked her to dance too. After that, she didn’t see him again until the band leader announced the last dance when he arrived at her side, holding out his hand to escort her to the floor as the opening bars of “We’ll Meet Again” filled the room.

“I’m relieved that I was able to claim you before the end of the evening. May I see you home?” he said as they glided around the floor.

Eleanor struggled to conceal her delight as she accepted his offer and a fizz of excitement bubbled inside her as the dance ended.

“I’ll just go and find Julie so that I can tell her that I’m leaving, or she’ll wonder where I’ve gone.”

Eleanor felt light-headed as she hurried across the room in search of Julie.

“Mmm, got an escort home then?” said Julie, looking over at Matthew waiting by the door. “Divine, darling, lucky old you, he’s divorced, his wife must be crazy. I gather from Bob that she went off with a much younger man a while back when Matthew was on his last tour. Oh well, her loss is your gain, have fun.”

“He’s only taking me home, but thanks and thanks for inviting me, see you soon, I’ll call you,” Eleanor replied, struggling to sound nonchalant.

“Make sure you do, darling, I want to hear all about it.”

Matthew escorted her out of the dance hall, they would get a taxi at the entry point of the base; it was a short walk to the guard’s kiosk where they could call for a car. The night air was warm, he put his arm around her, stopping to kiss, they had both had enough to drink to lower their inhibitions, and he took his time and kissed her again, his hands wandering down to her arse, gently squeezing her. She responded passionately, rubbing herself against him, he undid the bow at the neck of her blouse and unfastened the first few buttons, revealing her basque, nuzzling his nose into her neck to inhale her.