Peril on the Royal Train 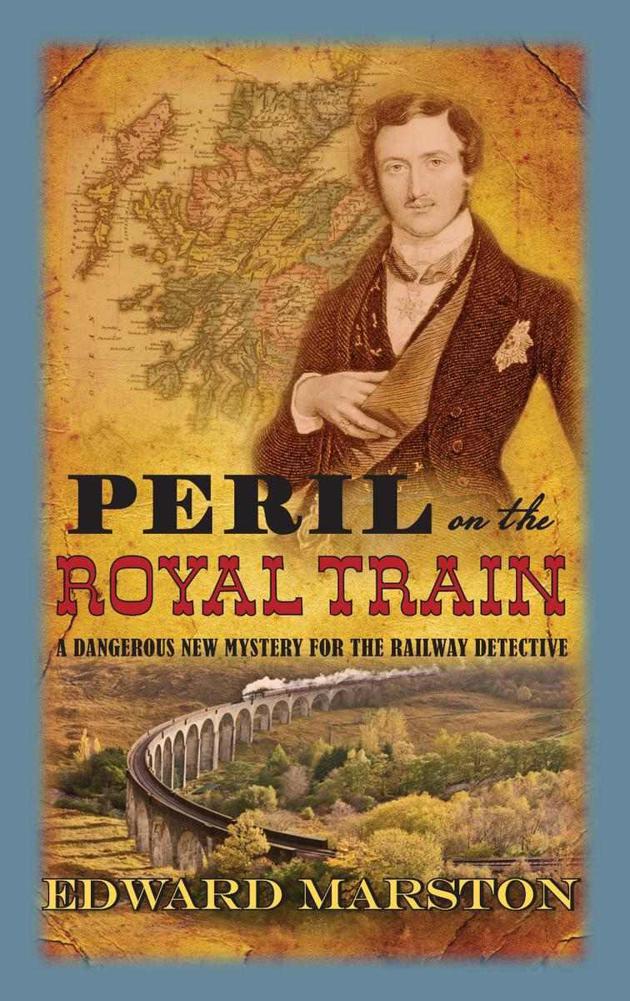 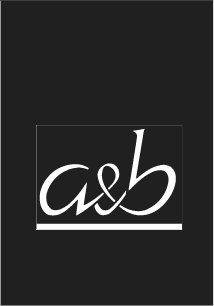 PERIL ON
THE ROYAL TRAIN

Jamie Farr held the body in his arms and ignored the blood that was dripping onto his smock. The corpse was still warm. It was the third victim in a month and it left him at once saddened and enraged. Others might say that it was an unfortunate accident but, in his eyes, it was nothing short of brutal murder. He could still hear the killer, thundering unseen on its way to Glasgow, leaving smoke and tragedy in its wake. Farr hated railways. A tall, wiry lad with a shepherd’s protective love of his flock, he viewed steam locomotives as ruthless enemies, ugly iron monsters that invaded the southern uplands of Scotland, terrorising livestock and mangling to death any animals who caught their feet in the rails. Compensation was difficult to squeeze out of the railway companies and often inadequate when it was paid. They argued that it was the responsibility of farmers to keep their cattle, sheep, pigs and horses away from danger. That only served to anger the young shepherd even more. How could anyone afford to build fences or walls of dry stone that ran for miles? In any case, he asked, why should such beautiful countryside be turned into a place of lurking menace?

Farr shook with impotent fury. He didn’t even feel his leg being rubbed. It was only when Angus barked that he realised what the sheepdog was doing. Angus wanted a pardon. It was not his fault that the lamb had scampered down the hill towards the line, then frozen with fear as the train bore down on him. The flock was too large for one dog to manage. Farr understood what the animal was trying to say. When he’d put the remains of the lamb gently to the ground, he gave Angus a reassuring pat. Relieved of guilt, the dog barked in gratitude. One ewe and two lambs had been slaughtered in the space of a month. No matter how vigilant they were, Farr and his dog couldn’t guarantee that the rest of the flock was safe. Sheep were inclined to wander. They loved freedom of movement. Nobody had told them about train timetables or warned them about the hurtling speed of the locomotives.

Other shepherds had been forced to accept the coming of the railway. Some had even been heard to concede that it had benefits. Farr’s own father, a shepherd like him, took a philosophical view, albeit one that was spiced with strong language. Railways were there to stay, he said. You had to get used to them. Along with foul weather, foxes and rustlers, they were just one more threat with which a shepherd had to live. Jamie Farr didn’t share his father’s attitude. He was too young and too headstrong. He’d never acknowledge the railway’s right to torment livestock and kill indiscriminately. As he gazed down at the tiny lamb, crushed obscenely and now being sniffed by its grieving mother, he was overwhelmed by a sense of injustice. A heinous crime had been committed. They shouldn’t be allowed to get away with it. A lust for revenge swelled up inside him. There had to be a way to strike back.

‘Aye,’ agreed Jock Laidlaw. ‘I can see naething but empty fields and hills. I like it tha’ way, Dougal.’

‘It doesnae appeal to me. I want to see toons and people and things going on.’

‘Ye’ll get your share of tha’ farther up the line.’

‘But there’s still too much countryside to go through yet.’

‘A body can
breathe
out here,’ said Laidlaw. ‘I dinna feel shut in by hooses and factories and the like. Too many people make my heed spin, ye ken. I always feel lost in a big city.’

The two men had to raise their voices over the hiss, roar and clatter. Laidlaw was the driver of the goods train and Murray, his fireman, stood beside him on the footplate. They were taking a mixed cargo from Carlisle to Edinburgh, rattling along at a good speed and seeing all that the billowing smoke allowed them to see of their surroundings. Laidlaw was bigger, older and more compact than the stringy Murray. They were friends as well as colleagues, enjoying leisure time together. Not that their rota on the Caledonian Railway permitted them much leisure. They worked hard for very long hours. Laidlaw was a jovial man, experienced and easy-going. Murray always looked to him for advice.

‘What d’ye think Alan will be doing?’ he asked.

‘The mahn will be fast asleep by now, I reckon.’

Alan Grint was their guard, the man who was nominally in charge of the train and who occupied the brake van at the rear, separated from the locomotive by an endless row of wagons. Never without his pipe, Grint was inclined to nod off in his little van where nobody could see or challenge him. Whenever they reached a station, however, he was miraculously awake and alert. Laidlaw and Murray knew the truth. Since they were fond of Grint, they overlooked his weakness and never for a moment considered reporting him.

As the train rumbled on, it approached a point where it had killed a lamb a week earlier. Driver and fireman were unaware of what had happened. It was different when they hit a cow or a horse. Large animals could derail a locomotive but a spring lamb offered no resistance. It had been sliced open effortlessly.

Laidlaw waited until Murray had shovelled some coal into the firebox.

‘It isna down to me,’ said Murray, gloomily.

‘Well, has your lassie set a date?’

‘If it were left to Annie, we’d have been wed years ago. It’s her mother who’s dragging her heels. She says that Annie’s too young to marry.’

‘When a lassie has a shape on her like Annie Bray,’ said Laidlaw with a chuckle of approval, ‘then she’s good and ready. Take ma word on that. Ye’ll have to run off to Gretna with her.’

‘Dinna think it hasnae gone through my mind.’

‘I need to save a wee bit more first.’

‘Marry now and save later.’

‘That’s a fine thing for ye to say, Jock,’ said the fireman, jabbing him with a grimy finger. ‘No woman has managed to get
ye
down the aisle. Yet
ye
keep on at me to get wed.’

‘Och,’ said Laidlaw with a lecherous grin, ‘I’ve met ma share of those along the way, believe me. I love wummen – always have. I just don’t love them enough to take one as a wife.’

‘It’d be too much of an ordeal. Look at Alan, will ye? He’s got a wife and four bairns. When he goes home at night, he’s up to his armpits in family life. No wonder the puir mahn is fair exhausted. Coming to work is the only rest he gets. Be warned, Dougal. Too many bairns can be the death of ye.’

‘We havna thought that far ahead,’ admitted Murray.

Laidlaw was about to explain why but the words died in his throat. They’d just come round a bend and expected to see a clear line ahead of them. Instead, they were confronted by a large pile of rocks. Surging towards it, the locomotive was doomed. There was no time to slow it down, still less to stop it. Laidlaw and Murray didn’t even have the presence of mind to jump from the footplate. Disaster was only seconds away and they stood there transfixed. When it came, the impact was deafening. Cast iron met solid rock in a fierce collision. The locomotive was instantly derailed, rolling down an embankment and dragging the wagons after it, their loads scattered willy-nilly across the ground. Driver and fireman were killed outright, pinned beneath tons of metal and wood. There’d be no wedding for Murray now and Laidlaw wouldn’t be able to pass on any more advice to his friend. Their futures had been cruelly obliterated. When hot coals spilling from the engine started a fire, flames licked hungrily at their bodies.

Back in the brake van, Alan Grint fared no better. The guard never even woke up. The sheer force of the impact flung him across the van so hard that he dashed out his brains against the unforgiving timber and collapsed in a heap, his pipe still held grimly between his teeth. Ahead of him, dozens of wagons snaked and bucked and fought a losing battle to stay on the rails. It was a scene of accelerating destruction. Nothing escaped. From locomotive to brake van, the goods train contracted violently until it was almost half its original length, its power gone, its timetable cancelled, its cargo flung far and wide, its destination for ever beyond reach. Both sets of lines were impassably blocked. Traffic on that stretch of the Caledonian Railway had come to a decisive halt. Wheels of upturned wagons rotated pointlessly in the eerie silence that followed the pandemonium. All was lost.

From the top of the hill, someone looked down with quiet satisfaction.

‘Let them sort out their own mess,’ said Tallis, peremptorily.

‘But they asked for our help, sir,’ argued Colbeck. ‘More specifically, they requested my assistance by name.’

‘I’d say that Scotland has a greater need of my services.’

‘Damn you, man! I decide where you go and what you do.’

‘Are you going to refuse their appeal?’

‘I have to,’ said Tallis, slapping the telegraph down on his desk. ‘It’s a question of priorities.’

‘What can possibly take precedence over a train crash?’

‘I don’t want you gallivanting north of the border when we live in the capital city of crime. There’s more than enough to keep you occupied here.’

‘My instinct is that I should go, sir.’

Tallis snorted. ‘I’m a martyr to your instincts,’ he said, rolling his eyes. ‘You’re forever relying on guesswork instead of on cumulative evidence. We don’t even know if foul play was involved. The crash could have been caused by a random fall of rock. It may not be a police matter at all.’

‘I can see that you’re not familiar with the Caledonian Railway,’ said Colbeck, icily calm in the face of provocation. ‘The engineer who surveyed the terrain was Joseph Locke. The contractor who actually built the line was Thomas Brassey, a man whom I had the privilege to meet when investigating a case in France. Locke and Brassey are renowned experts in their respective fields. They’d never construct a railway that was likely to be imperilled by falling rock. That accident was contrived,’ he went on. ‘The three men were murdered.’

Betting It All: A Hellfire Riders MC Romance (The Motorcycle Clubs Book 11) by Wilde, Kati
Sparking the Fire by Kate Meader
To Mervas by Elisabeth Rynell
Hey Baby! by Angie Bates
BOSS TWEED: The Corrupt Pol who Conceived the Soul of Modern New York by Ackerman, Kenneth D.
The Summons by John Grisham
La esclava de Gor by John Norman
The Color of Twilight by Celeste Anwar
Beyond belief by Roy Johansen
Boston Cream by Howard Shrier