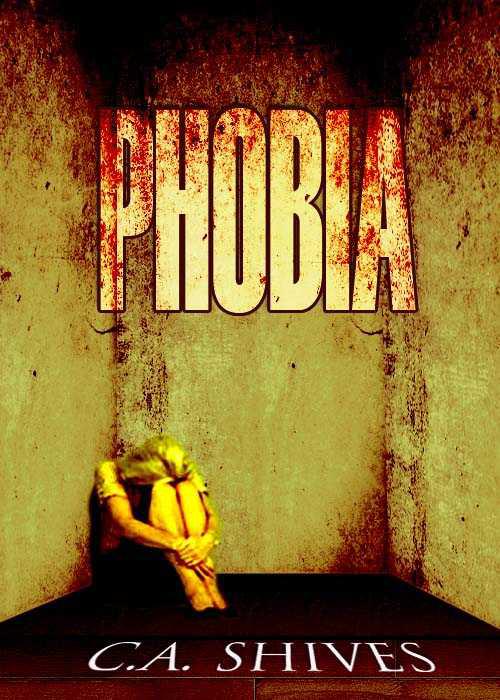 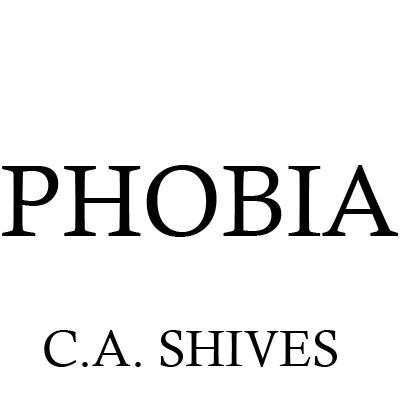 This is a work of fiction. Names, characters, places, and incidents either are the product of the author’s imagination or are used fictitiously, and any resemblance to any persons, living or dead, business establishments, events, or locales is entirely coincidental.

This book is protected under the copyright laws of the United States of America. Any reproduction or other unauthorized use of the material or artwork herein is prohibited without the express written permission of the author.

To the Love of my Life

Cleaning toilet scum and smutty ashtrays was not Camilla Diaz’s lifelong dream. But after marrying a deadbeat husband and raising two children—one dealing crack while the other whored herself for twenty bucks—Camilla spent her days elbow deep in other people’s shit.

It’s an honest living,
she thought as her thick, soft-soled orthopedic shoes padded silently on the oak stairs.
Honest, but disgusting.

Not a single strand of hair escaped from the tight knot on her head as she carried the tools of her trade: old rags, Clorox bleach, lemon-scented furniture polish, and scrub brushes with long plastic handles and thick bristles. Camilla’s knees, encased in support pantyhose designed to minimize varicose veins, cracked as she climbed the staircase. She knew the house was empty. On Saturday mornings Amanda kept a standing appointment with her hair stylist, no matter how bad the hangover.

Amanda was one of Camilla’s regular customers. On the first Friday night of every month, the young attorney held a party, known among the local residents as “Amanda’s Monthly.” Hurricane, Pennsylvania, boasted a population of less than four thousand, not counting cattle and horses, and Amanda’s parties fed the gossip of the town. Bingo at the Grange Hall and karaoke at Harold’s Tavern were the only other competing social events.

Those lucky enough to be invited to Amanda’s small but extravagant parties—usually local business owners, politicians, and others who counted themselves among Hurricane’s social elite—were treated to imported caviar and smoked salmon canapés, Cuban cigars, and 2000 Chateau Margaux Pavillon Rouge. Despite the upscale appearance, Camilla disliked cleaning Amanda’s house. It left her feeling dirty, as if she’d bathed in polluted pond water.

When Camilla reached the first floor, she heard a faint sound. She paused and stood motionless, straining to hear the noise. The rattle, like that of a baby toy, continued for just a moment before the house was again filled with silence.

Camilla shrugged.
Perhaps the air-conditioning needs repaired
, she thought. As she pushed open the master bedroom door, Camilla noticed movement on the bed. She first thought she’d interrupted a romantic moment between Amanda and a man. The bundle on the king-size poster bed moved with the sensual rhythm of lovers entwined. Before she turned her head away, Camilla glimpsed bare skin. Embarrassed, she started to leave the room, until she saw a snake curled on the mahogany vanity table.

It watched her with glittering eyes. The snake lifted its tail, sending vibrations through the air. Camilla heard the noise of the rattles, a low-pitched sound that hummed with the rhythm of a tribal band in the midst of a ritual dance. Rattlesnakes. The same rattling noise she’d heard earlier while climbing the stairs.

She suddenly noticed that the room seemed filled with snakes. They crawled in and out of drawers, coiled around the bedposts, slithered behind the curtains. Camilla looked at Amanda again, ready to call out a warning. With a clarity aroused by panic, she realized that Amanda was alone and unmoving on the bed. The socialite’s body was curled in the fetal position, and her red satin nightgown twisted around her waist, exposing her smooth white buttocks. Wispy strands of blond hair fell across her open, unseeing eyes, and the agony of her last moments had contorted her face from beautiful to disfigured. Gray duct tape bound her hands and bare feet.

Two large snakes wrapped themselves around Amanda’s body. One slid between her legs, twisting itself across her thigh and knee. The other slipped its head into Amanda’s open mouth.

Self-preservation was strong in Camilla. She didn’t bother to scream. She simply turned and ran.

Depending on the cook behind the counter and the waitress who took his order, Artemis Herne never knew if his eggs would be delivered cold, runny, or rubbery. But one thing was always certain at Shady Hill Diner: the home fries were leftover potatoes from the previous night, whether they’d been baked, boiled, mashed, or au gratin. Despite this oddity, the diner did brisk breakfast business. Small towns like Hurricane didn’t have a lot of options. The other homestyle restaurant was Ed’s Place, where the only patrons were Ed’s family and travelers who didn’t know better. Woo’s Chinese Garden, Sal’s Pizza, and The Sandwich Station opened at lunchtime. These facts made Shady Hill Diner the best place for a morning meal, even if the eggs were sometimes so undercooked that regular customers had dubbed them “salmonella scramble.”

Like many small town restaurants, the diner had its own unique décor. Green vinyl covered the seats and chairs, the occasional small tear repaired with a piece of duct tape. The top of the tables were scarred by slips of the knife and fork. Even the tile floor’s spidery cracks and missing chips seemed to enhance the atmosphere rather than diminish it.

Three customers sat at the counter. A man dressed in a white button-up shirt methodically cut his chocolate chip pancakes into bite-size pieces, poured syrup over his plate, and then stabbed the morsels with his fork as he read the newspaper. The other two wore faded blue jeans and muddy work boots, and they wiped sweat and dirt from their brow with thin paper napkins as they shoveled buttermilk biscuits and sausage gravy into their mouths.

To Herne, Shady Hill Diner felt shabby and worn compared to the small bistro his parents had owned during his childhood in Philadelphia. The scent of greasy bacon overwhelmed Herne’s olfactory senses, unlike the delicate aroma of prosciutto that was served with Eggs Benedict at the bistro. But despite its meagerness, the diner gave one thing to Herne that his parents’ restaurant had never been able to provide: a slice of homemade peanut butter pie.

He gulped the last of his hot coffee and signaled the blonde waitress, Sherry, for a refill. The tinkle of the bell above the door announced a new customer, but he didn’t look up from his cup. A few years ago, when his instincts had been sharper and his life had been more valuable to him, he might have bothered to assess the newcomer. But not now.

The tall, lean man walked through the restaurant, drawing nods and smiles from the other patrons. Chief of Police Rex Tucker slid into the seat across from Herne, resting his lanky arms on the table and nodding to Sherry when she held up the coffee pot.

Tucker inspected Herne’s plate, poking a finger at the remains of his cold home fries: a few round slices of potato tainted orange with leftover cheese. “Au gratin?” he asked.

“Jesus, I see you’re in a great mood,” Tucker said.

Sherry brought Tucker’s coffee, slipping it onto the table with the slick moves of a seasoned waitress. Her short, black apron stretched across the extra weight in her middle, telling tales of too many slices of Shady Hill’s homemade pie. She refilled Herne’s cup and tipped him a wink, letting her gaze linger on his broad shoulders and bald head. He’d started shaving his scalp in his youth after learning the hazards of long hair during a fight with two gang boys, and then, when he started to bald in his thirties, he decided to keep the look. As Sherry strutted back to the kitchen, her generous hips undulated beneath her tight black skirt, as if waving an invitation.

“Never did understand what women find so appealing about you,” Tucker grumbled.

Herne shrugged. “Must be my rugged good looks.”

Tucker snorted. Herne knew his crooked nose—broken more than once—and thick neck were far from the classic masculine profile most women admired. He suspected he attracted women because he was unavailable to them.
Everyone
always wants what they can’t have
, he thought.

The two men drank their coffee in companionable silence. Tucker drummed his fingers on the scarred table, so Herne knew his friend had something on his mind.

“We don’t get many murders in Hurricane, you know,” Tucker began.

Herne nodded. After his parents died during his first year at The University of Pennsylvania, Tucker, his roommate, invited Herne to his hometown of Hurricane that first summer. The relaxed pace of the town—slower and quieter than the speed of the city—appealed to Herne. And when the time came to look for a place to settle down after leaving the Philadelphia police force, he drove to Hurricane and never left.

He’d been a resident of the town for only a few short months, but Herne still knew that most of the deaths in Hurricane were either the natural kind or an accident. Sometimes, every once in a while, domestic violence turned deadly or a drunk driver killed an innocent victim. Hurricane was not a place career criminals called home.

“A cleaning lady found a body today. Murder. And it’s damn ugly,” Tucker said, his angled jaw clenched so tightly that the tendons popped on his thin neck.

Murder
. The word thumped in Herne’s ears like the beat of a bass drum, matching the quickening thud of his heart. Realizing he was holding his breath, he exhaled slowly, burying his emotions beneath his clenching stomach. He forced himself to shake his head. No matter how strong the pull of police work, it was a road he promised himself he’d never travel again.

“Just listen,” Tucker said. “The victim is Amanda Todd, a Hurricane resident. She worked as an attorney in Carlisle. She’s done a few high-profile cases. At least, as high-profile as they get in Carlisle. Remember the teacher who pulled out his cock and waved it at a student? She defended him.”

The Echoing Grove by Rosamond Lehmann
Captives by Tom Pow
Passion Unleashed (Masquerade Part I) by Trent, Emily Jane
1876 by Gore Vidal
The Stars in the Sky (Giving You ... #2) by Leslie McAdam
Bone Island 03 - Ghost Moon by Heather Graham
Choke by Stuart Woods
The The Name of the Star by Maureen Johnson
The Witness and the Bear: (Werebear Shifter Romance) by Joyce, T. S.
Missing by L C Lang