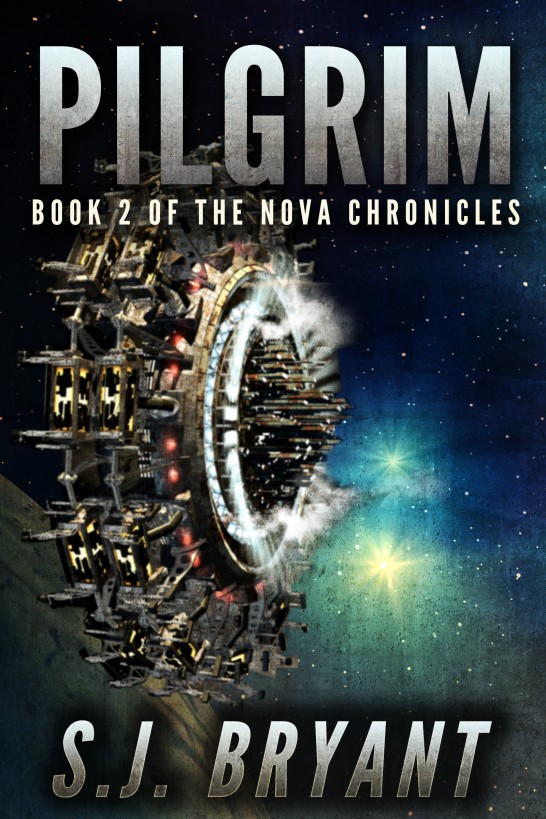 Published by Saffron Bryant at Smashwords

This ebook is licensed for your personal enjoyment
only. This ebook may not be re-sold or given away to other people.
If you would like to share this book with another person, please
purchase an additional copy for each recipient. If you're reading
this book and did not purchase it, or it was not purchased for your
enjoyment only, then please return to Smashwords.com or your
favorite retailer and purchase your own copy. Thank you for
respecting the hard work of this author.

Other Books by Saffron

To everyone who helped make
this book a reality
. Leela woke with a start, her eyes snapping
open. The silence of the night crept into her tent, accompanied
only by her slow breathing, creating plumes of mist. Cold tendrils
whispered across her skin as she stared vacantly at the roof of her
tent.

She sat up and turned to the side, her legs
falling over the edge of her low bed. Her feet were heavy on the
ground. Her brown hair tumbled over her shoulders in tangled waves.
She stood and shrugged out of her tunic, her pale bare skin shining
in the moonlight. With dream-like movements, she folded the garment
and put it on her shelf.

Leela turned to the tent flap and stepped
out into the moonlight in a trance, wearing nothing more than a
necklace made of twisted wires. She walked with confident steps
away from her shelter, passing other tents but their occupants
remained silent. Crickets chirped a loud chorus but fell silent as
she passed. A swarm of mosquitoes buzzed about Leela’s ankles,
leaving a trail of bites.

The welcoming arms of the forest spread
across the horizon, surrounding the field and the small collection
of tents. Her bare feet didn’t feel the rocks and sticks, which dug
into her skin and left red gouges. She also didn’t notice the
branches whipping her face or the cold seeping into her bones.

Even after the morning sun lit the trees,
Leela kept hiking. The branches were so thick that the morning
light barely shone through the leaves. Animals hurried away from
her feet and even the birds were silent as she made her
pilgrimage.

She continued on, further than she had ever
been from her village. She walked until her path joined a stream
that bubbled along by her side. She walked upstream in a trance,
completely unaware of her surroundings, or her imminent death.

“Watch it,” Nova said. She gazed out of the
glass window of her small ship as it landed. The grass rose up to
meet them as the ship, Crusader, connected to the ground with a
rough bump. The craft was a rusted-out cargo ship with living
quarters big enough for one person.

“As you might remember, I asked you to
replace the depth detectors over a year ago,” the ship replied in a
crisp female voice. The artificial intelligence running the ship
was generations old but it suited Nova just fine.

“Just go slower next time,” Nova said. “I
really can’t afford to be stranded on an outer galaxy planet.”

“Of course,” Crusader replied with all the
sincerity of a used-car salesman.

“How close are we to the crash site?” Nova
asked.

“It shouldn’t be too far away. A few
kilometres at most,” a new voice said.

Nova turned to look at the spherical robot.
He had smooth panels that covered his round exterior. He was the
size of a soccer-ball and had come with the ship, a Class-4
Labourbot, or ‘Cal’ as Nova affectionately knew him. He had a
single camera lens that functioned as an eye. Cal hovered over and
floated level with Nova’s eyes.

Outside of the front window a swampy patch
of ground spread out, dotted with stunted trees. Mist floated
amongst the branches and across the grass.

Cal’s lens moved about the landscape as he
spoke. “The planet is known as Taive. When the colonisation ship
crashed, the survivors tried to set up their colony here. Reports
suggest it was initially successful. Much of the introduced flora
and fauna took root.”

Nova nodded. She knew most of what Cal was
saying. It was obvious that many of the animals and some of the
plant species she could see and hear had been introduced from
old-Earth stock.

“However, later reports indicate some kind
of failure in the human colony and communication with them ceased
approximately one hundred and fifty years ago. All colonists were
presumed dead.”

“Pity for them.” Nova continued to study the
planet. A thick mist crawled over some of the swamps, further
hiding the watery traps. “Good for me though, hopefully they still
have what we need. Maybe they’ll even have a working depth detector
we can use.”

“When first settled, there were no sentient
life-forms. The planet mostly consisted of swamp-land plantation
and some insectoid species,” Cal said. Every discovered planet had
at least one entry in the Cloud and it was intergalactic law to
document every life-form found on new planets, independent of its
determined sentience.

“Here’s hoping we’re the first bounty
hunters to get here, otherwise the whole trip will have been for
nothing,” Nova said, thinking about the precious warp converter she
was hoping to find.

Nova massaged her right foot, working her
hands over her ankles in a desperate attempt to ease the
ever-present ache. Most of the time she could ignore it but today
was especially bad. In a way, she was grateful just to have a foot
at all, but on days like today when the bone-deep ache throbbed in
time with her heartbeat she felt like chopping it off herself.

She’d never been the same since her run-in
with the Ancients. Cal had done his best and the money they’d made
from the salvage had paid for most of her medical expenses but it
was outer planet healing. She couldn’t risk going to the
Confederacy, not when Codon could be looking for her. She hoped
that her warning was enough to keep him away but there was no way
to be sure, and she’d spent the last six months looking over her
shoulder, expecting to see Confederacy cruisers on her arse.

She squeezed her ankle and the pressure
distracted her from the pain for a few blissful seconds. She knew
that her paranoia was only partially due to the Confederacy; the
rest of it was thanks to the voices that plagued her head. It had
taken six full months of careful meditation and practice to bring
the visions under control. She’d shut herself off from the rest of
the world and with Cal’s help had spent every waking hour working
on keeping herself sane.

Eventually, the blood, sweat, and tears had
paid off. Now the screams and voices were dulled and she could
ignore them. It was only when she lost control of her emotions that
the visions surged back and overwhelmed her. She hadn’t dared test
her ability to reach through time for fear of falling through and
never finding her way back again. As far as she was concerned, the
most important thing was staying sane and that meant staying in
control.

“Alright, strap up. We’re out of here,” Nova
said. She pulled her boot over her throbbing foot and jumped down
from the swivelling pilot’s chair, grabbing a bulging satchel from
the floor. She marched to the loading bay. Cal floated right behind
her.

The loading bay coupled as the engine room.
It was small and cramped with equipment. The metal floor was
polished to a sheen. The walls were lined with equipment blinking
intermittently. A cage took up the far corner of the room, perfect
for holding fugitives and other bounty that might cross her
path.

Nova punched her fist into a green button
set into the wall and a section of the ship slid out and across to
reveal the planet beyond. She glanced around and jumped to the
ground with a thump.

“Don’t wait up,” she called to Crusader with
a chuckle.

Cal hovered to Nova’s shoulder and the metal
door slid shut behind him with a hiss.

There was a smell in the air, like rotten
vegetation or overturned dirt. It emanated from the swampy
marshland spread out between the trees. The murky waters were
barely discernible from the solid ground under her feet, both
surfaces being covered with the same green, grass-like
vegetation.

She reached up and pulled a long stick from
the nearest tree; she was damned if she was going to fall into a
murky pond.

The forest and swampland were eerily quiet.
A few crickets and birds chirped between the trees, but it was
mostly still and silent. The air hung heavy with a humid heat that
soon had Nova sweating through her layers of clothing. She wouldn’t
take them off though; she could already see insects swarming
towards her, landing on her thick clothing and attempting to
puncture their way through.

She swatted at a large mosquito flying
straight for her face. It curved around her hand in a lazy arc and
flew a few metres away.

“Cal, let’s get some insect repellent,” she
said.

In response, a hatch in Cal’s side lifted
and a metal arm extended holding a small can. The robot sprayed the
air around Nova’s body. The mosquito swarm lifted off and moved
away.

“Well, let’s get exploring,” Nova said. She
strode forward, tapping her stick on the ground before taking each
step.

She got the message: don’t step into the
water or you’re likely to get eaten. The thought sent a shiver up
her spine. She’d never admit it, but under-water predators were one
of her greatest fears. After-all, humanity had conquered the land
and they had conquered space, but the water still eluded them. In
the water, she was slow, clumsy, almost blind, and unable to
breathe, practically a sitting duck for any water-dweller.

She tried not to think about the monsters
lurking just to her right where an especially large body of water
stretched between the trees.

“Only a colonist would bring crocodiles to a
new planet,” she said through gritted teeth.