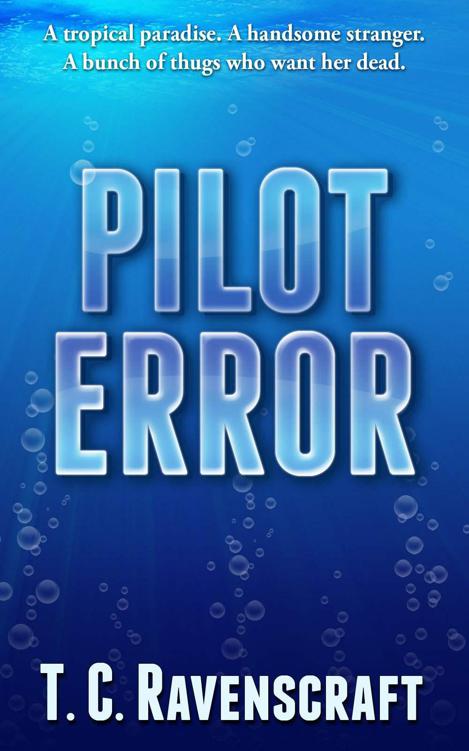 All rights reserved. No part of this publication may be reproduced, stored in a retrieval system, transmitted in any form or by any means (electronic, photocopy, mechanical, recording or otherwise) without prior written permission of the author. The only exception is a brief quote for review purposes.

Thank you to Mary Moffett and Katie Tucker for beta reading this manuscript.

She couldn't believe he was dead. Even though she had stood at his memorial service that afternoon and listened to a stranger recite his eulogy, Micki Jacinto still could not accept that her friend, her 'little brother,' was really gone.

Tears threatened, as they had all evening, so she gunned the throttle of her motorcycle in sheer defiance. She had held them back at the service; she could hold them back now. Big girls didn't cry, or so her father used to say.

The dual cam Kawasaki 650 responded almost effortlessly, gliding through the 70mph mark with the same ease of a jet aircraft slipping past Mach 1. Glancing at the rising indicator gave Micki pause. She was not stupid, and would be the first to admit that speeding down a pitch-black highway was not likely to top her list of the smartest things she had ever done. Rain had left the concrete surface of the Seven Mile Bridge slick and unpredictable. One slip and her bike could hit the guardrail, catapulting her into the dark, unforgiving ocean. One slip and she could quickly find herself sucking up seawater.

No, don't think of him. Not now. Not here. Not like this.

Reigning in her feelings, Micki flew on through the night, speed her only ally against grief. Nearing the end of the bridge at Knight's Key, she slowed to 45mph, but only because it was tourist season. Marathon, the small island town she called home, was presently accommodating a number of out-of-state drivers, most of whom were completely ignorant of the bumps and potholes that were hazardous to two wheels, especially in these conditions. Having moved from Australia to Florida years earlier, she had been in residence long enough to share her father's opinion of tourists; most couldn't drive their way out of a wet paper bag.

A few stray drops of rain dotted the visor of her helmet, turning the lights of civilization into glittering stars. Another storm front was moving in from the southeast, breathing down her neck like the chill whisper of death itself. Micki hated summer storms, and had intended to be in the sanctuary of
The Sandpiper Bar & Grill
long before this. Time and caution had been forgotten in her need to 'let go' of the anguish and feel the wild freedom of the Florida Keys at night.

Thunder grumbled as she downshifted and leaned into a turn off US-1. Having the guts to take a chance had paid off; she had out-raced the storm. Mindful of the slick roadway, she headed toward the beach at a sensible speed. That was more in keeping with the Micki Jacinto the world saw; sensible, confident, efficient. There was no one left in her life to reprimand the reckless streak that grief brought to the fore. Not any more. Not now that Razor was dead.

Tears she had been fighting back for hours abruptly filled her eyes. Micki tried to deny them substance, throttling down to take the final turn onto a side street. She hadn't scoured them away with the wind and the night, as had been her intention. Instead, the upheaval of the afternoon was still with her, still chipping away at her control.

Skidding around the chain-link fence that bordered
The Sandpiper's
parking lot, she headed down the main drive. She took a turn at the first row of cars on the right and began coasting. Her glide would take her neatly into her usual parking space on the other side of her ex-boyfriend's work truck, and things would be right again. In a moment she would be back in familiar territory, back in control, and everything would be as it should.

Then it all went wrong. Instead of her empty welcoming space between the truck and the outer block wall of
The Sandpiper's
kitchen, there were two red lights, blurred by tears into fiery comets, attempting to occupy the spot.

Swerving, Micki was forced to cut her turn short. Boxed in by the wall, the truck, and the interloper backing into her space, she went down with a showering of sparks. She and her bike skidded sideways across the wet asphalt, right into the block wall.

Was she? The wind knocked out of her, Micki took stock of her situation. Nothing seemed broken but the bike was on top of her leg, pinning her to the ground, and there was a horrible smell of scorching leather. With a few choice words coming to mind, she tore off her gloves and reached to silence the revving engine. The throttle had stuck on impact and the exhaust pipe was trying to burn a hole through the leg of her protective leather pants.

The peaceful sound of waves lapping the nearby beachfront reigned for the few seconds it took her to rise to her elbow, and then the man's voice came again. "Wait a minute. Just lie still."

A tall figure rushed toward her, having flung open his car's door and left it swinging free. Dirk, her very ex-boyfriend, would have a fit if that thing so much as tapped his truck. Dazed, Micki struggled to get air back into her lungs and pull free of her bike. The stranger rushed over to her, all athletic power and grace, backlit by his car's interior light. He was a little older than her, mid-to-late thirties, dark-haired, attractive in an annoying sort of way, and... in her parking spot!

Pal?
Micki would have snorted if she'd had the breath, her grief and overwhelming sense of loss making her more belligerent than usual. The male chauvinist just assumed she was a guy since she was on a bike. Well, she had news for him; he assumed wrong. She didn't need his help, his or anyone else's. Especially not tonight.

The tinted visor of her full-face helmet concealed her scowl as he grabbed the handlebars and heaved the bike off her with a laborious grunt. When its weight lifted, Micki crab-crawled away until her back rested against the tire of Dirk's truck. Drawing her first real breath in what seemed like minutes, she kept a wary eye on the man as he stood the bike on its kickstand.

"Are you...?" He faltered, turning to catch sight of her pulling off her helmet and letting her braid of dark hair fall free. "...a woman!"

Her glare was not nearly enough of a rebuke. "Was the last time I looked."

She discarded her helmet on the gritty asphalt, where it teetered on its crown like a hard boiled egg. Using Dirk's truck as leverage, she rose to her feet, finding the maneuver a bit more difficult than expected. Nothing was broken, but her leg smarted. So did her arm. Micki clutched at a protesting muscle in her right shoulder and felt the abrasion of scuffed leather. Damn it, this was her favorite jacket!

Full of patronizing male concern now, he came back to her side like a White Knight. "Are you sure you're okay?"

Sarcasm strengthened her Australian accent as she watched him approach. "Just fine, thanks."

The guy kept on coming, like he was going to take her arm or something as equally condescending. Even on a good night, Micki was far from being a fainting damsel who needed rescuing. When the stranger was within reach she made sure she clarified that, stopping his advance by slamming both hands against his chest.

"You idiot!" She wasn't sure what astonished him most—her actions or her words. "What the hell are you doing in my spot?"

"Your spot? What do you mean, 'your spot?'" He regarded the contested parking space that his car still halfway occupied, its engine idling in testament to his hasty exit. "I don't see your name on it anywhere." The flirtatious smile he turned on her only intensified her urge to smack him. "What is your name, by the way?"

"I always park here," Micki said defensively. It sounded a bit lame when she said it aloud, but she was in too deep to back out now. "Ask anybody in
The Sandpiper
. This is my spot. Always has been, always will be."

Smile faltering, he flicked a nod toward the nearly empty parking lot. "It's not like they're packed. You can have your pick of nearly anywhere else."

That was true, but it wasn't the point. Micki did the only thing she could think of; she went on the attack. "What kind of yahoo backs into a spot that's supposed to be driven into?"

"Hey, you're the one who wasn't looking where she was going!" Congeniality be damned; it sounded like his own temper was starting to rise.

"Yeah, well, you weren't the one who slid across the pavement." Micki indicated the scuffed leather that ran all the way down from her shoulder to her elbow. "Look at this. You ruined my jacket!" Turning, she stalked over to her motorcycle to examine the scratched metal. "Not to mention what you did to my bike."

"Hey, look, I'm sorry! I didn't see you back there." Two steps brought him back within touching distance. He sure didn't sound sorry.

"Just... forget it." She shot him a challenging stare. "And get out of my spot."

Solace Arisen by Anna Steffl
Until Now by Rebecca Phillips
The Nanny by Evelyn Piper
The Pillow-Book of Sei Shōnagon by Sei Shōnagon
House Divided by Ben Ames Williams
A Killing in the Hills by Julia Keller
Dark Exorcist 2 (Dark Exorcist Series) by Miller, Tim
Bound to be Tested: Emergence, Book 3 by Becca Jameson
Fissure by Nicole Williams
Waking the Bear (Shifter Wars) by Kerry Adrienne