Read Playing All the Angles Online

Playing All the Angles 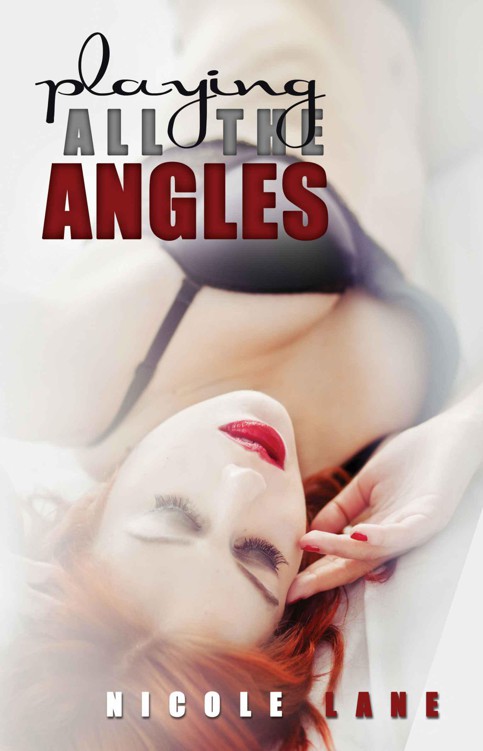 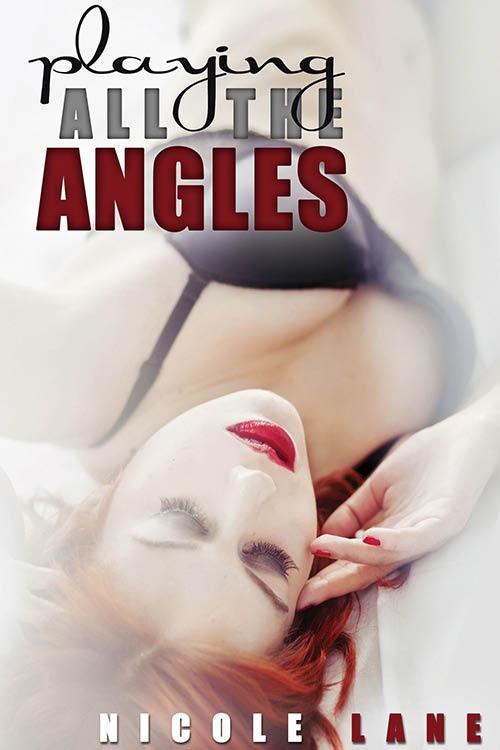 Playing All the Angles

Playing All the Angles, Copyright © 2014 by Nicole Lane

For my friends at TTP and the Collective,
most especially Irene Ferris, Darice Moore, and Nicole Vlachos.
You’ve made me a better writer,
and without you, there is no Nicole Lane.
And for my grandmother, Elese Young,
without whom, there would have been no romance.

L
OVED
U
P
. T
HE
P
HRASE
kept ringing around in Isabelle’s head like wedding bells, though it might just have been the bells of Notre Dame marking every hour she’d spent in boutiques along the Seine in the past two days. Whatever it was—love, shopping, or Paris itself—she didn’t think it was possible to be happier.

She hadn’t stopped grinning since her eldest sister, Alora, and their mother had sprung the trip on her. They had surprised her by whisking her away from their homeland in England for a Parisian weekend of shopping, eating, and spending far too much money on the possibility that Dominic, her boyfriend of two years, would be proposing soon.

“He will,” her mother sang, dismissing any doubt as she pulled Isabelle into another little shop, hoping to add to her growing trousseau. “He’s got that look about him.”

“The look of a man who came asking your father for his blessing last week.”

She clucked at Isabelle’s cry of despair. “I’m not spoiling anything. You still don’t know how or when.”

“But now you know to be ready,” Alora agreed.

Isabelle gave up with a fond shrug. “I suppose I will.”

“And speaking of ready, look at this,” Alora said, shaking a negligee at her. “White with blue trim is perfect for a honeymoon. This will look fantastic on the floor of the bridal suite.”

“What? You don’t expect to get to wear any of this, do you? When Doyle and I got married, I don’t think I wore a stitch for days.”

“It’s where babies come from, Issie. And you want babies, don’t you?”

The three of them laughed together, making their way through the rest of the boutique and leaving with arms full of bags.

In the late afternoon, as they sat in the shadow of the Eiffel Tower, sipping coffees and sharing chocolate éclairs, Isabelle sighed happily. The only thing missing was her middle sister. “I just wish Eve could have made it. She knows all the best places, and she can get into them too.”

Alora let out a puff of air. “She’d have ruined it. She’d have made it all about her, as always. This weekend is all about you!” She tweaked her sister’s nose.

“You mean me and the hope that Dominic Phillips marries into the family?” Isabelle grinned.

“You will make gorgeous babies. After he proposes, of course.” Alora nodded at her raven-haired sister.

“He is handsome, isn’t he? The genetics are certainly there.” Isabelle giggled. Dominic was tall and broad shouldered, a well-muscled mass of blue-eyed, blond-haired, chisel-featured man. A professional motocross racer, he stayed trim and fit and was like something marble they’d seen earlier in the Louvre.

“As handsome as you are beautiful, darling,” their mother added with a smile.

“Here’s hoping he’s half as good a man as Doyle.” Alora lifted her mug.

Their mother raised hers into the mix, and they chattered and chuckled into the evening.

Staring out the window of their hotel suite, watching the city lights twinkle like little stars, Isabelle was sure the only thing that could have made the surprise trip better would have been Eve. But Eve worked in fashion, and fashion’s pace was grueling. That meant she missed a lot of events—not that she bothered to show up to most of the ones she could make. If Isabelle was the golden girl, the favored baby, and Alora was the model of domestic perfection, Eve was the rebellious trouble-maker and the stereotypical middle child.

Isabelle fell back onto the bed and said, “I don’t think she’d have ruined it. I’m sorry Eve couldn’t come.”

“Well, who knows if she could have.” Alora shrugged, changing into her nightgown. “We didn’t actually invite her. Mother thought it would be more fun with just us.”

“It is not. It’s true. It
is
more fun just us. Anyway, Eve’s probably off doing something ridiculous anyway.”

Isabelle hummed in reply. “Well, whatever it is, I hope she’s enjoying herself.”

Eve whipped her body upright at the waist, long hair flying in damp, ropey strands to slap against her back and shoulders as it fell. Her skin was damp too, still a little wet from the shower but also covered with a fine sheen of sweat. If nothing else, he made her sweat, and that’s what she wanted. She closed her eyes against the expression on his face, concentrating on the burn in her muscles where his fingertips were digging into her thighs hard enough to bruise, and the swollen ache between her legs, where the pounding she’d just taken was now her rhythm to control.

She rode his hips, teeth bared, until he groaned loudly, gripping her waist to force a stop to the motion as he came in waves. She dropped forward onto her hands, watching as her hair swung with her, this time falling into his face, and then she dismounted to roll onto her back.

When she could breathe again, she said, “You need to go home now.”

“Gimme a minute,” he panted.

Eve sat up and felt around for her T-shirt, pulling it on in the dark, then found her yoga pants and did the same. “Come on, Dominic. Get up. You’ll fall asleep, and you can’t sleep here. Go home.”

“Why can’t I sleep here?” he asked, covering a yawn.

She gave him a narrow look and hissed out a breath. “You know why.”

“She’s out. Won’t be home until tomorrow afternoon.”

“It doesn’t matter. You know the deal.”

“Right,” he grumbled, finally sitting up. “Just the sex and nothing more.”

“And the fact that I’m living with your sister doesn’t complicate things at all.”

“Have you got someone else coming over?”

Instead of complying, he simply settled back more comfortably, rooting around until he could use his feet to pull the sheet up over his body as he shifted onto his side. “I’m at least having a nap. You can’t deny me that.”

“Fine.” She stalked out of the room, slamming the door behind her. As usual, she felt dirty and disgusted with herself, but not so dirty or disgusted that she’d even try to lie that it would be the last time.

Her sister Isabelle seemed clueless to the reality of it, but Eve had done all she could to make sure the fling didn’t become more than that. It was just very hot sex; she got what she wanted and then sent him home. She always sent him home.

Now she felt restless, guilty, wishing she’d not told him to come round when he’d messaged her earlier. At least when he left right away, she was able to put their coupling behind her. It was done, and she didn’t have to think about it again…until the next time.

Once Upon a Crime by Jimmy Cryans
Image of the Beast and Blown by Philip Jose Farmer
The Star of India by Carole Bugge
The Thin Blue Line (The Empire's Corps Book 9) (v5.1) by Christopher Nuttall
Bidding on Brooks: The Winslow Brothers #1 by Katy Regnery
A History of Forgetting by Adderson, Caroline
Taking Her Time by Cait London
Forever After by Miranda Evans
Dance of Seduction by Sabrina Jeffries
The Secret House of Death by Ruth Rendell