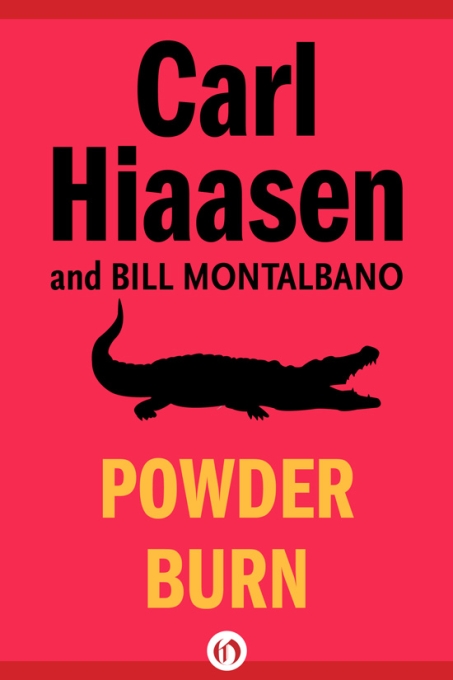 For Dart and Connie

THE FREIGHTER
was registered in Panama, a formality. The name crudely painted across her square stern was
Night Owl.
Two months before it had been
Pacific Vixen;
before that,
Maria Q.

She was 108 feet long and nearly rusted out. Once she had hauled coffee from Santos and fish meal from Callao; now she wallowed in senility, crabbing against the current, her diesels coughing. She showed no running lights.

The freighter changed crews as often as she changed names. That night it was nineteen young Colombians, adventurers from the tropical Caribbean coast where Drake once sailed. They lounged on the flaking deck, gambling idly for cigarettes, drinking beer. A scratchy loudspeaker played old Argentine tangos from Radio Rebelde in Havana.

The captain was older, a taciturn man who drank white rum from a bottle with no label and prized his M-1 rifle, Colombian army issue. He had many friends in Colombia, but none on his ship and none at sea that night.

The rifle hung across a yellowed undershirt. Its barrel brushed the wooden coping as he leaned through a portside window of the bridge and peered westward into the night.

On the horizon, the Miami skyline glowed under an amber halo from sodium vapor streetlights. The captain had heard much about the city; he wondered about it. Would it be big and noisy like Bogotá? Or small and lively, more like Cartagena? And the women? How were the
gringas?

The captain rang the bridge telegraph to “Stop,” and the freighter lost way. Instinctively her crew became silent. A few of them whispered, some of the new ones pointing toward the sleeping city.

The ship’s radio crackled, faded and crackled again. On the tarnished bridge only the radio shone, a compact package of Japanese electronics, sophisticated, gleaming.

The captain gave his coordinates in Spanish, flicked the bow lights twice and darkened the ship again.

“Ya vienen,”
one of the crewmen called.

Even against a stiff easterly breeze the captain heard the humming, like a distant swarm of bees deserting the mangrove coves in South Biscayne Bay. He counted three, no, four different engines, each with its own pitch, growing louder in the night.

Three crewman moved below quickly. A fourth stationed himself on the bow.

“Owl, what’s your twenty? Come in, Owl, this is Pussycat. Could you give your twenty again?”

This time the captain spoke in labored English, repeating the coordinates. As he finished, a curt voice from another boat broke in.

“¡Basta!”
it commanded. Then the radio was quiet.

“They are in a hurry,” the captain told the guards on deck. “Be sure your guns are ready.”

THE CRANDON MARINA
docks were quiet; the sportsmen in their chalk white boat shoes and the playboys with their zinc-coated noses always left with the sun. The night belonged to the shrimpers, lobstermen and hand-liners, solitary men more at home with the lonely sea than with the painted city to the west.

A big Jeep International pulled into the lot and backed a sleek red speedboat down the ramp: a Donzi, twenty-six feet of screaming lightning. Three lithe young men in dark clothes hopped in. The roar of the big twin Mercruisers startled the drowsy resident pelicans and flushed two stringy cormorants from a buoy in the harbor.

The driver shoved the throttle forward. The bow of the boat stood up, then planed off under four hundred horses. The Donzi cleared the last harbor buoy and raced south, rooster-tailing a ten-foot spray. The Miami skyline glinted pink and ruby off the boat’s mica hull.

“What?” The driver cupped a hand to his ear.

“Get your lights on. You want the Coast Guard tailing us all the way out?”

Balaos, needlefish and a big stingray skittered out of the Donzi’s path. The third man sat in the jump seat, his back to the others, watching the spray fly from the huge inboard engines and trying painfully to set himself for the concussion of waves he could not see.

“How about a beer?” the driver yelled at him.

The third man shook his head. “No, thanks.” His eyes fixed on the wake, a mile-long seam in the black water. The small man, a gun in the waistband of his jeans, leaned close to the driver.

“What’s the matter with Ruis?”

“It’s his first time,” the driver said, grunting as the boat’s tapered hull pounded off a swell. “He’s just a little nervous.”

“That’s just great. Jesus! Why didn’t you tell me?”

“Hey, it’s no problem,” the driver said, smiling. “This will be easy.”

“Shit,” said the small man. He heaved a beer can, half-full, into Biscayne Bay.

Twenty minutes later the Donzi anchored near Elliott Key, a boot-shaped island nine miles off the mainland. The driver flipped a CB radio to Channel 15, turned down the squelch control, and the boat filled with harsh static and Spanish gibberish from cars in the city.

The three men sat in silence for thirty minutes, the driver scanning the eastern horizon. The ungainly silhouette of a tanker moved south in the Gulf Stream. Occasionally the whine of a small boat broke the quiet.

Ruis, balancing like a rookie high-wire artist, stood to urinate off the side of the boat, and the driver and the small man coughed with laughter. “While you’re up there, get the anchor,” the driver said, then glanced at his wristwatch, a gold Rolex Oyster that had cost him twenty-three hundred dollars and one night’s work. “It’s time to move.”

He aimed the Donzi out to sea and throttled up to thirty miles per hour. The hull pounded mercilessly in the offshore rollers, and all three men stood in the open cockpit to brace themselves. After fifteen minutes the driver cut back the engines and the bow dropped with a slap.

“Come in, Owl,” a voice on the radio said. The reception was clear this time. The driver said nothing.

“Why don’t they answer?” Ruis whined.

“Owl, come in,” the voice repeated.

“There!” the driver exclaimed. He pointed northeast. Several miles away two lights flickered. One green. One white. On, off. On, off. Over the radio an answering voice recited numbers in Spanish. The driver of the Donzi didn’t bother to write them down. He could make out the freighter’s bulk even above the four-foot chop.

“Come in, Owl, this is Pussycat. Could you give your twenty again?”

“That guy’s crazy,” hissed the small man in the Donzi. “Tell him to shut the fuck up.”

The driver snatched the microphone and spoke sharply in Spanish.
“¡Basta!”

Another boat beat them to the freighter. It was a Magnum, Gulf Stream blue and built to fly. Even in the dark the Donzi’s driver could see the crew was American: tall, sandy-haired, tennis-shirted, two of them with pistols.

The
Night Owl
’s Colombians, shirtless and sweating, passed the bales to the Magnum with the rhythm of a fire brigade. One of the Americans perched on the bow of his boat, relaying each burlap bundle to his partners. The bales, fifteen in all, disappeared into the fat hull.

The small man said nothing but glanced angrily at the driver. This was the pussy’s last trip, as far as he was concerned.

The Magnum roared away, the backwash rebounding in deep echo off the freighter’s old steel hull.

The Donzi motored up to the
Night Owl,
and the small man tied on with a clove hitch. His hands clinging to the speedboat’s plexiglass windshield, Ruis stared up at the freighter’s bulging flanks. Framed above him against the night sky stood a lean Colombian with a rifle.

“Veinte,”
the driver replied in Caribbean Spanish that had come with him from Cuba as a child. “
Y algo más.”

“You do the loading,” the driver ordered Ruis. “I’m going aboard.”

The Colombians began tossing the pungent bales to the small man, who relayed them to Ruis. Winded from the effort, Ruis awkwardly hauled each of the fifty-pound bundles below, cramming it as far up the Donzi’s hull as it would go. After a few minutes the speedboat was nearly full.

“It won’t hold any more,” Ruis gasped. “There’s not enough room up there.”

The driver stood on the deck of the freighter, talking quietly with the captain. To the south he could hear the sounds of more engines; more customers.

“Three kilos,” he said to the captain. “We can pay cash now.”

“Those are the rules. We aren’t supposed to even carry this shit,” the captain replied, handing a brown bag to the driver. “Grass is one thing. Cocaine is something else.”

“But not too risky for you, eh? Or your brother?”

“Oh, I saw him in Miami the other day,” the driver continued. “Big car, pretty
señorita.
Last time I saw him he was on this boat; now he’s a big shot salesman.”

“It’s a big business,
compadre,”
the captain replied in a flat voice. “There’s plenty of room for people who don’t ask questions. Get the money.”

Back on the Donzi, the driver extracted a small blue Pan Am flight bag from a locked stowage shelf under the cockpit. The sides bulged.

“Hurry,” the small man urged. “We’re running out of room.”

Quickly he scrambled up the rope ladder to the freighter’s deck. The small man turned the ignition key and idled the Donzi’s engines back as far as they would go.

“Hey, where’s he going?” Ruis demanded, wrestling with bale number thirteen. The small man moved against him and pressed a pistol into one of Ruis’s hands.

“Let the other bales go. Turn your back on the ship, and put the gun in the front of your pants. Use it only if I tell you.”

On deck, the Donzi’s driver handed the flight bag to the Colombian captain.

“Bueno.
I will count it.” The captain never took his eyes off the smuggler. One hand held the M-1, the other the Pan Am bag.

The driver monkey-climbed down the ladder, cast off the freighter’s rope and went to the wheel of the Donzi. “Hang on,” he yelled, slamming the throttle forward. The speedboat spun in an arc, hurling spray on the
Night Owl
’s deck.

The captain unzipped the flight bag.

He dropped the satchel onto the wet deck and brought up his rifle.