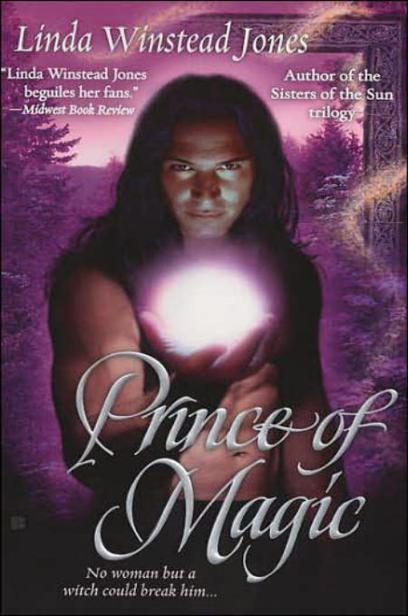 This is a work of fiction. Names, characters, places, and incidents either are the product of the author's imagination or are used fictitiously, and any resemblance to actual persons, living or dead, business establishments, events, or locales is entirely coincidental. The publisher does not have any control over and does not assume any responsibility for author or third-party websites or their content.

A Berkley Sensation Book/published by arrangement with the author

The "B" design is a trademark belonging to Penguin Group (USA) Inc.

All these books focus very much on the importance of family.

It's a theme I come back to again and again in all my stories, no matter what type they might be.

This book is dedicated to my brother Tom and my sister Sandy.

The emperor was dying.

Emperor Arik had been on his deathbed for months, but it was a well-kept secret. A few ministers were aware of his condition, as were two of his priests. Other than that handful of trusted men, only one woman knew how grave the situation had become.

Ariana Kane Varden had been the palace healer for a little more than two years, since just after her twenty-fourth birthday. Against the wishes of her parents, who both had bad memories of the Imperial Palace in Arthes and wished for their daughter to stay far away from the cursed place, she had rebelled and answered the emperor's call.

"Drink this, my lord," she said, offering the thin, aging man a cup of steaming hot liquid.

Today the emperor felt well enough to sit by the window and look out on his city. It was not a cool day, yet his legs were covered by a thick blanket to ward off the chill he felt. He took the cup with hands too frail for a man of his age. He was years yet from sixty, and yet at the moment he looked as if he might be a hundred.

"Do you think he's out there?" the emperor asked before taking a sip of the bitter liquid that was keeping him alive.

Ariana knew very well of whom he spoke. Arik's only child, Prince Ciro, had been missing since the first cold night of winter, months ago. Summer approached rapidly, and still there was no sign of the prince and heir. It was for that reason that no one outside the palace could know the emperor was so very ill. If he died without an heir, the country would once again be thrown into the chaos of war, as ministers and warriors and distant relations tried to make a case for taking the throne.

Arik turned his head to look up at her. He was very ill, but there were moments when the spark in his lively eyes belied his condition. Now was one of those times. "You lie no better than your mother."

Ariana did not care for being compared to her mother, and the emperor knew that well. But he was the emperor, and was therefore entitled to speak his mind. "We cannot know where Prince Ciro is, my lord," she said honestly.

She was not the only magical servant in this palace. In the months since Ciro had disappeared, Arik had called to his side many who embraced magic. Thus far, none of them had been able to shed light on the mystery of what had happened to his son.

Ariana's gift was not divination, so she could not offer assistance where Prince Ciro's fate was concerned. She was a healer, taught at her mother's knee from the age of four to remove pain, prolong life, and restore health. Some of this was accomplished through the use of herbs and magical spells, but there was more to her gift than chanting and mixing potions. There were times when the healing power came alive within her, and all that was needed came from a magical place deep inside.

She'd tried to heal the emperor in that way, but so far had been unsuccessful. He said that some things were simply meant to be, but she refused to accept that answer. She would try again… and again. Her efforts were barely keeping him alive. She was beginning to suspect there was more to his infirmity than age or a simple, explainable illness. If an unknown dark magic was making him ill, it was no wonder that her healing abilities were insufficient.

Arik finished his medicine and handed Ariana the empty cup. "You would make a fine daughter."

Her heart leapt, but she did her best to hide the reaction. It was not the first time Emperor Arik had mentioned his desire that she marry his son, the heir to the throne. At least the emperor had never commanded that the match take place. If Ciro was found and Arik so ordered, what would she do? She could not, would not, marry the prince.

He smiled wanly. "Yes, you've said that many times, but I don't believe you. When the right man comes along, you will change your mind. You could learn to love Ciro, with time. He might be that right man, Ariana."

She had met with Ciro a number of times before he disappeared, usually thrown together by his father, the emperor, whose intent was plain to see. Ariana did not know the prince well, but her instincts were finely honed and she was quite sure she would never be able to love such a spoiled, arrogant boy. Most males could be considered men at twenty-two, but not Ciro Elias Brennus Beckyt. He would forever be a boy. Arik had spoiled his only child, as had everyone else in the palace. Ariana supposed the prince had been doomed from the start.

The Jacobite's Return (The Georgian Rebel Series) by Jane Godman
I'll Be Seeing You by Margaret Mayhew
The BFF Bride by Allison Leigh
The Survivalist 02 - The Nightmare Begins by Jerry Ahern
Hot Flash by Carrie H. Johnson
The Thief of Venice by Jane Langton
Mother Load by K.G. MacGregor
Kiki and Jacques by Susan Ross
Electra by Kerry Greenwood
Scene of the Crime: Deadman's Bluff by Cassidy, Carla