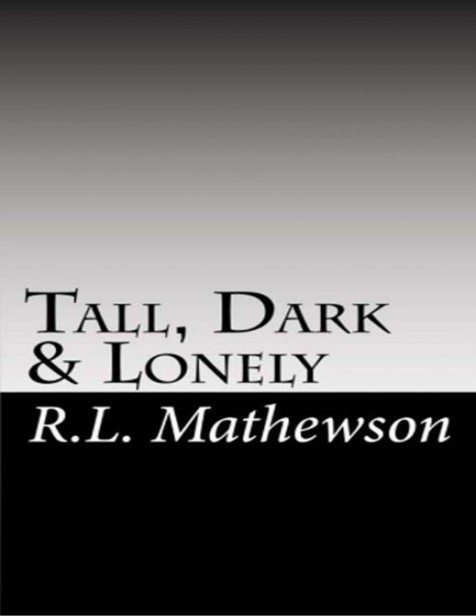 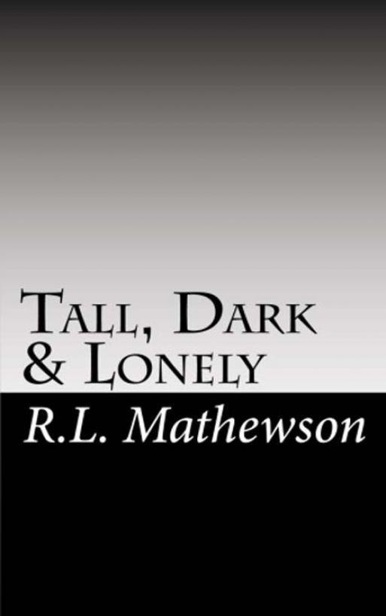 Other titles by R.L. Mathewson:

Playing for Keeps: A Neighbor from Hell novel

Perfection: A Neighbor from Hell Novel

This is a work of fiction. All of the characters, organizations and events described in this novel are either products of the

author's imagination or are used fictitiously.

To everyone who has ever made me laugh and to my children who will always be my inspiration.

Ephraim couldn’t focus. His eyes were too heavy to open and his body felt limp. Everything felt so distant and fuzzy. He was

so tired….he just needed sleep. A little sleep and then he would ask why they were in his bedchamber.

“This woman is obviously prone to hysterics, Your Grace. This is clearly an animal bite or she stabbed herself in hopes of

creating trouble for you. I would dismiss her at once without a reference,” a cold voice said.

“I ain’t lying, m'lord! Look at his mouth!” the woman demanded. Was that Mary the upstairs maid? Ephraim tried to focus. She

was obviously upset about something.

“First tell me who this man is,” the cold voice ordered.

“No, it’s not.” The man sounded annoyed.

What the bloody hell was going on?

Someone grabbed his chin none too gently and yanked it to the side. Ephraim wanted to protest, but the only sound he managed

was a weak groan.

“Like a ten year old boy,” he heard his older brother Henry answer in an amused tone. Good old Henry. He would have to

remember to box his ears later.

“Yes!” the magistrate agreed. “This is a twenty-five year old man. Is someone playing a jest? I assure you I do not find this

“I would never do such a thing. This is Ephraim. I wouldn’t believe it either, but I’ve watched over him for the last month.”

“What happened to him?” the magistrate asked.

Good, that’s a good question, Ephraim thought. Answer that! Ephraim had so many of his own questions. None of them seemed

to be able to leave his lips at the moment so he would rely on this man to ask them on his behalf.

“He’s always been the devil! We all knew it! Not natural for a man to stay a boy! Not natural and now he feeds on virginal

Someone chuckled. “Come now, Mary, virginal? I think that claim is five years too late.” Of course Henry would know. He

had a reputation of lifting every skirt in the town. Henry liked to diverse his attentions.

“I want to know how a boy known for his youthful appearance is sick for one month and then he turns into
this
.”

His father sighed wearily. “We’re at a loss. All the surgeons I’ve brought in are at a loss as well. They’ve drained him, cooled

him, heated him, poured bile liquid down his throat and still he remained asleep and….changed.”

The magistrate scoffed. “Changed is putting it mildly. He looks like a man. Are you positive this is Ephraim and your boys

“I’m sure. I sat at his bedside every day for the last month.” His father sounded weary. “I watched the changes happen.”

“Explain to me why he’s chained to the bed.”

Chained? He was chained? What the hell was going on? After several long minutes of heavy concentration he was able to force

his eyes open. The images slowly changed from blurry to sharp.

He slowly looked around his room. His two older brothers stood in the corner, looking bored. Several footmen stood in the

room, holding cricket bats and glaring at him. Mary was whimpering and cowering near the door. His father and Magistrate

Nichols, a man in his early thirties and well known for his cruelties, stood on either side of his bed looking down at him. His

father looked worried. Magistrate Nichols looked at him with annoyance.

He cleared his throat. It felt like he swallowed sand. “E-Ephraim.”

“See!” His father thrust a hand in his direction.

Nichols leveled a glare on Ephraim that made him squirm. “Has someone put you up to this?”

Ephraim turned his head to look at his father only to have cold bony fingers grab his face and yank his head back callously. “I

asked you a question.”

“No,” Ephraim said. “What’s going on?” His voice was raspy and deep like a man’s. It wasn’t his voice! He had a boy’s

voice. Something was very wrong here.

“We’re about to find out,” Nichols said, nodding to himself. “Bring the girl!” he snapped.

Ephraim watched as two footmen grabbed Mary and dragged her kicking and screaming to his bedside. Henry and Marc started

“Papa, this is ridiculous! This girl is just looking for a way to fatten her purse. Ephraim finally grows some hairs on his sack,

albeit he did so in a coma. It’s odd, but there's nothing evil about it,” Marc said in a bored tone.

Henry laughed harder. “She’s just adding to the gossip. You know people have always talked about Ephraim like he’s some

kind of freak. It’s not his fault he took so long. Toss her out.”

“We’ll see about that,” Nichols said as he grabbed her arm and thrust it in front of Ephraim’s face. “Did you do this?” he

Ephraim’s eyes focused on two small scabs a half inch apart. He shook his head. He’d never been more frightened in his life.

He felt his strength slowly coming back into his body. He raised his arms and sighed with relief that he could move. He

dropped his arms and was startled by the sound of chains clinking. He raised both hands again and gently turned them over.

They were different. They were longer, tanner and muscular and he was chained! He raised his feet, too. They were covered by

a sheet, but he felt the chains.

“Why?” he asked, lifting his arms again.

“Girl, you lied! You’ll wish you never tried this!” Nichols threw her violently to the ground.

She shook her head frantically. Fresh tears poured down her face. “No! I ain’t lying! He bit me!”

His father gestured to the footmen. “Get her out of here and remove Ephraim’s chains.”

Relief surged through him. “Thank you, father,” he managed to say.

Nichols turned around in time to see Mary shove past as she ran towards Ephraim, wielding a knife.

She brought the knife down across her own palm as she made her way to his bed. He couldn’t figure out what she hoped to

accomplish by cutting herself.

Ephraim struggled to push himself up in the bed and away from this deranged woman. Everything seemed to happen at once.

Nichols stumbled backwards, his father tried to race around the bed, his brothers pushed off the wall and were at a full run

towards him, the footmen seemed confused and were the last to react.

Mary thrust her hand a few inches from his face. Blood streamed down her hand.

“Get away from me!” Ephraim ordered.

She didn’t. She curled her hand into a fist, forcing more blood to drip onto his chest. Ephraim eyed the blood with disgust even

as his stomach rumbled at the sight. He ignored it even as his mouth began to water. His reaction to the blood frightened him

His father and brothers came to a skidding halt just behind her. Magistrate Nichols grabbed Mary by the hair and yanked out of

Nichols grabbed his jaw and yanked Ephraim’s mouth open. “Dear God in heaven,” he muttered. Ephraim watched in horror as

Nichols’ finger came towards his mouth. He felt pressure against one of his teeth and then felt something sweet and delicious

“Christ almighty!” Nichols pulled back a bloody finger and shook it off. “They’re razor sharp!”

He watched as his father and brothers paled. He couldn’t understand any of this. The only thing that he was sure of is that he

wanted more of that sweet delicious liquid, badly. He ran his tongue over his lips hoping to lap up more. His tongue came

going on? Did the surgeons do something to his mouth?

“I told you he was the devil!” Mary said smugly. She held her bleeding hand against her bosom. Ephraim stared at it like a man

“Shut her up!” Nichols yelled. He turned to his father. “We need to talk.” Ephraim watched as his father was dragged to the

corner of the room. He was sure they were whispering, but he could hear everything they said loud and clear as if they were

standing by his bed.

“Is he a devil worshipper?” Nichols asked.

“No!” his father protested.

“Tell me about his birth,” Nichols demanded.

he were a leper and focused on the private conversation.

For ten years he pleaded and begged his father to tell him about his birth. The only thing he was told was that his mother died

in childbirth. His stepmother refused to tell him anything. That didn’t surprise him since she hated him. She referred to him as

the “thing” she was forced to tolerate. He never understood that and now it seemed he was about to get some answers.

“The mother was attacked was she not? An animal the villagers say,” Nicholls prompted.

He heard his father drag in a harsh breath. Odd that was. His father was over twenty feet from him. He could hear everything

clearly, too clearly. It was starting to hurt his head. He heard the sounds of clothes rustling, steps, breathing, heart beats, bugs

flying in the room, someone downstairs dropped a pan in the kitchen and swore. That was the oddest thing because they were

on the second floor in the west wing, very far away from the kitchen, but he was positive that he could hear Mrs. Brown

working in the kitchen.

Ephraim forced himself to ignore every competing sound and focus. His father looked over his shoulder to make sure no one

was close enough to hear before continuing.

His father shook his head. “No, it wasn’t an animal attack.”

“I thought as much. I’ve heard rumors that a mad man from Bedlam escaped and attacked your first wife during the last month

“Yes, I’m afraid that’s as close to the truth as we’ll ever get. I was holding a coming out ball for my youngest sister, Amy. My