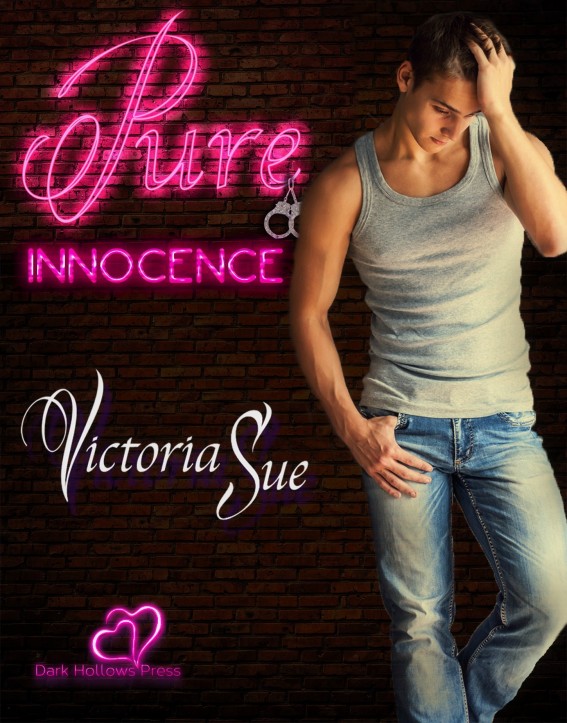 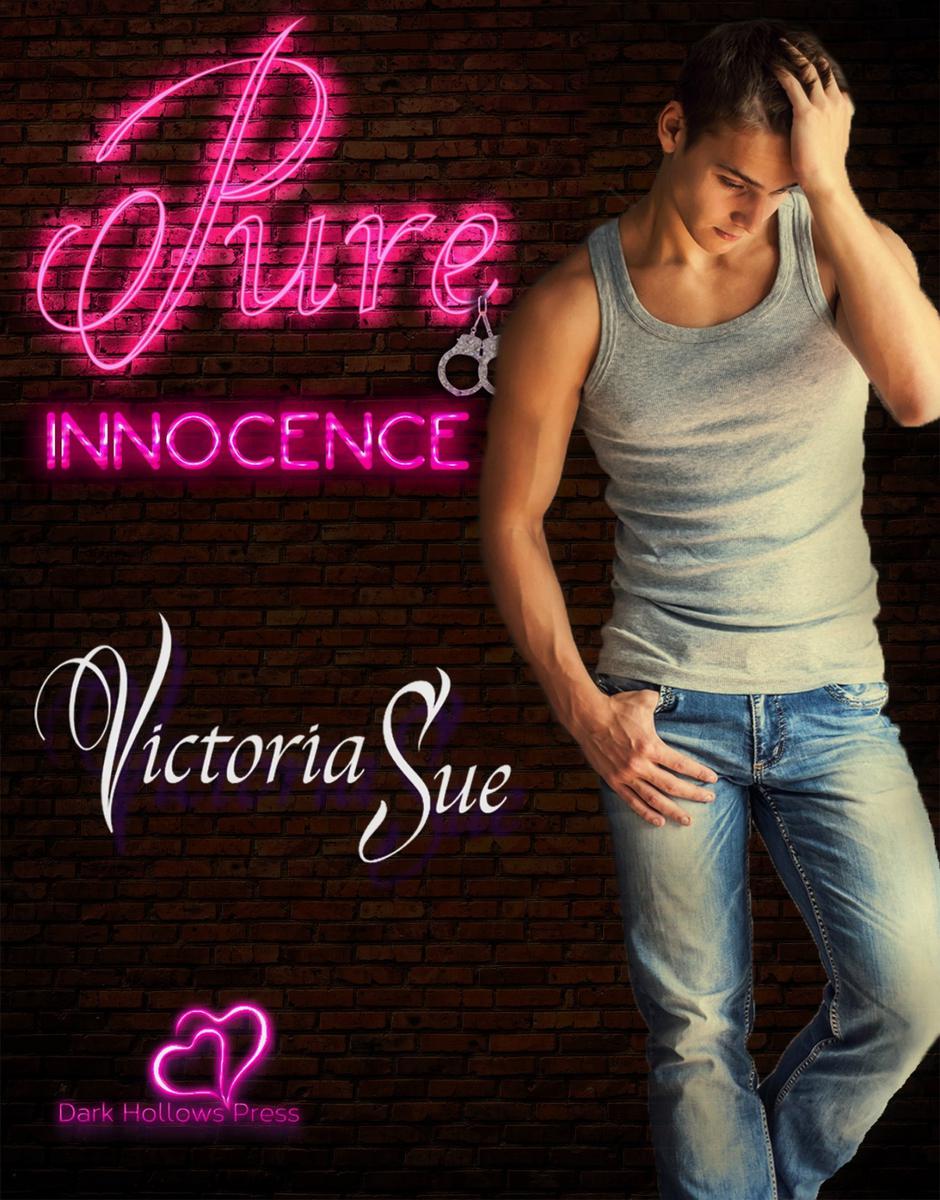 About the Book You Have Purchased

All rights reserved. Without reserving the
rights under copyright, reserved above, no part of this publication
may be reproduced, stored in or introduced into a retrieval system,
or transmitted in any form, or any other means (electronic,
mechanical, photocopying, recording or otherwise) without the prior
written permission of the copyright owner and the above publisher
of this book. Such action is in violation of the U.S. Copyright
Law.

Unauthorized reproduction of distribution of
this copyrighted work is illegal. Criminal copyright infringement,
including infringement without monetary gain, is investigated by
the FBI and is punishable by up to 5 years in federal prison and a
fine of $250,000.

All cover art and logo copyright © 2015 by
Dark Hollows Press

ALL RIGHTS RESERVED: This literary work may
not be reproduced or transmitted in any form or by any means,
including electronic or photographic reproduction, in whole or in
part, without express written permission.

All characters and events in this book are
fictitious. Any resemblance to actual persons living or dead is
strictly coincidental.

To my beta reader Gareth,
because you always insisted that this little sub remained
innocent.

Oliver breathed. A breath so shallow and so
insignificant, the urgency and determination with which his lungs
insisted on it surprised him, because breathing had been so hard.
It had become so impossible to expand his lungs fully; the futility
finally stopped him from trying.

He took another small hesitant breath, and
stilled in shock, almost. He hated the dampness, the cold, and he
tried to protect his lungs against that, but he’d caught a scent of
something else—something clean, fresh, that came with a strong
voice and gentle hands that didn’t hurt. Oliver desperately wished
it was real.

Just four letters. Such a
small word for something that filled his mind and summed up his
existence. It wasn’t just the horrific hot pokers that stabbed at
his fingers and needled his heart. It was the black feeling that
caged him, wrapped him up and would never let him go. He wanted to
die, but it wasn’t just him—everyone wanted him to die. From the
time he was little, his mom had screamed, “I wish you were never
born.”
He hadn’t been old enough to
understand the words but he knew what she meant. Then came the
nightmare that was school. He had no idea why he’d been picked
on.

Yes, yes I
did
. The bullies knew he was from the
trailer park, and knew no one would complain. It wasn’t just his
looks; he knew what the word “fag” meant before sixth grade. When
his mom had said he was done with school at twelve, he’d been
secretly relieved, until he’d found out what she’d expected him to
do instead. That was the first time he’d started wishing he was
dead instead of just listening to other people say it.

He moaned, and tried to
bite the sound back. If he made a noise
the nightmare
would come back, and
when he just lay quietly, he could pretend the nightmare didn’t
exist. He had screamed for so many days at first when no one had
heard him, then he had tried to be as desperately still and quiet
as he could. He tried not to drink the water but he’d made him. All
he’d had to do was touch his fingers, and the pain would have made
him do anything. His throat burned; he was so thirsty but he
couldn’t swallow. Panic wove an insidious path through his
arteries. Some machine beeped faster in time with his
heart.

Oh.
Oh.
The voice, that voice. He was
back, but it wasn’t real—
he
wasn’t real—this was all something Oliver’s
imagination had sent to taunt him, make him believe the quiet words
and the gentle touches were really for him, but he knew they
couldn’t be. It was the drugs—it must be—conjuring something he
could never have. Playing with him. Toying with him. He tried to
move his head, but everything seemed so heavy, numb.

Something had touched his cheek. He—it was
soft, no not soft, that wasn’t the right word. Almost warm,
almost…comforting. Oliver could vaguely hear other voices, felt
movement around him, which was confusing, because it had just been
him and the nightmare for so long, and he didn’t know where he was.
He tried to work it out...who, or what…but he was so tired, so
desperately tired…

Something touched him
again, and not in anger, not trying to hurt—it was a hand. Not just
any hand,
his
hand—the one who came and talked to him, the voice, the
source of comfort. Oliver leaned, ever so slightly. He didn’t have
the strength to do more, and the hand held him still, warm, safe.
He breathed in a little. Yes, the same clean smell.

“
You going to open your
eyes today, gorgeous?”

Gorgeous?
Him? He couldn’t mean him. It was a mistake. Now
he knew he had lost his mind. The guys that came this close to him
never smelled good, and they were definitely never
gentle.

Oliver’s heart started beating faster, and
he could hear some machine with its annoying beeping getting
louder. He couldn’t open his eyes. If he opened them everything
would become real, and he couldn’t cope with any more reality. Not
yet, maybe not ever. Mind numbing terror met him whenever he opened
his eyes.

“
I know you’re awake. It’s
like being fastened to a lie detector.” The amused voice carried
on. “Would you like some water?” Oliver opened cracked lips
painfully to refuse, he didn’t trust the water, but felt something
cold and wet touch them, and it robbed him of sound. It was ice,
and cool trickles dropped onto his parched tongue. “Those lips look
sore.”

Oliver was confused with
the voice, tried not to trust the soothing words. Then his heart
slammed in his ribs as he felt the cold swipe of something brush
his lips. Slow, confident, but infinitely gentle. It was
almost...almost
caring
. Which was completely ridiculous. No one cared about Oliver.
No one had cared about Oliver in a really long time, which was
fine, because Oliver didn’t really care about Oliver any
more.

“
Ice is good, but water
would be better.”

Oliver held his breath a little at the sound
of the voice. He wanted to believe it was real, that it belonged to
someone who cared.

Could he? Dare he? Oliver parted dry lips
again and closed them over a straw. He sipped slowly, a tiny
mouthful. The taste was different, better, fresh.

He was glad he didn’t seem to need an
answer, but the hand had been taken away to get the water. The
water was wonderful, but he wanted, needed, the touch more. The
hand moved back and the beeping slowed. Just a gentle tick. He
heard a soft click and then a thumb gently smoothed something
cooling over his dry lips.

“
There. You tell me if
anything else hurts.”

Oliver didn’t have the strength to reply,
and wasn’t sure he could get his voice to work anyhow. He could
feel his mind slipping away again, but he didn’t care. He moved his
face a fraction, and settled deeper into the touch. Warmth seeped
into him, and he heard a soft chuckle. He could have smiled almost
as the warmth from the sound wrapped him up.

Whatever this was, whoever he was, if he
could just hold on to the thought that someone cared for a little
while longer before it was taken away...

Damon stood and walked to
the window. Oliver was asleep, so he could go. If the last few days
were anything to go by, he would stay asleep for a few
hours.
So why am I still here?
This was a good question, one he’d been asking
himself for the last day or so.

He’d wavered between deciding he had to get
back to his life, and the small insistent voice that told him he
was running out on Oliver when the boy had no one else. He didn’t
like indecision. It rankled. Oliver was going to be fine. There
were many excellent agencies, professionals that would see to him.
Damon straightened up and looked at his watch. He would go see Dr.
DeSouza, make sure everything was in place so the boy was taken
care of, then he would get back to his own life, and stop trying to
interfere in other peoples’. Damon turned from the window, and
stared at the boy’s pale face. He knew Oliver had brown eyes—he’d
seen them each time the doctor had shone a light into them; but he
just wished he could see them full of life before he went.

A nurse came in with a chart, meaning Oliver
wouldn’t be on his own, so Damon slipped out to find the
doctor.

He found him in his office. “Mr. Kerrick.”
Dr. DeSouza gestured for him to take a seat.

Damon shook hands with Dr. DeSouza and sat
down. His eyes swung to the lit screen displaying Oliver’s x-rays.
“The hospital administrators have agreed at the request of the FBI
to share Mr. Neil’s medical records with you.” The Doctor gave a
wry smile. “To be honest, I’m glad they allowed it.” The doctor’s
lips twisted in a small smile “You seem to have made quite an
impression on my nurses, and I don’t like them upset at all.” Dr.
DeSouza shuddered. “That would never do.”

Damon smiled back. Courtesy and confidence;
that was all it took to manage most people, it wasn’t exactly
difficult, besides which he had earned the friends he had in high
places and it wasn’t as if the boy had anyone else concerned with
him. They’d searched for any next-of-kin, and the cops had found
nothing but a dead mom who had OD’d a few years back. A few foster
homes and shelter placements, even a job in a burger joint, then,
nothing until he’d got a job pole dancing in the club in Orlando.
Damon’s face hardened. It was unlikely Oliver had survived just by
dancing, and he didn’t like that his searches into Oliver’s
background still had quite a few holes. When Damon accepted a job
he saw it through, completely. Yes, they had caught the bastard who
had kidnapped Oliver, but still, it seemed almost…unfinished. “When
is it likely you will start to wean him off the sedatives?”