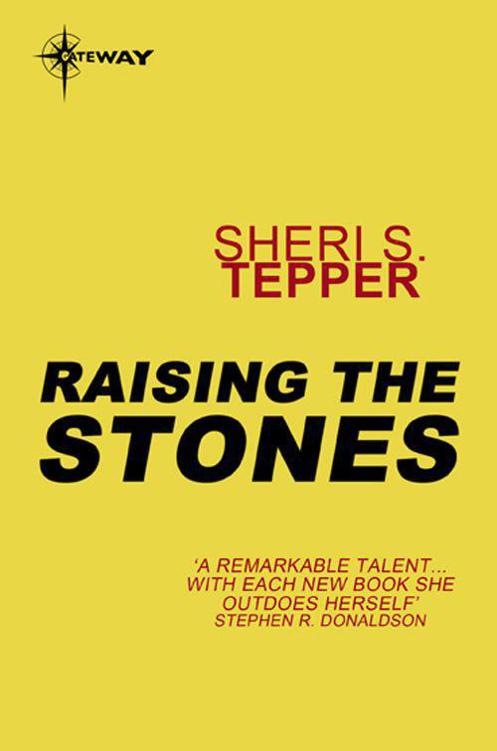 In the last years of the twentieth century (as Wells might have put it), Gollancz, Britain’s oldest and most distinguished science fiction imprint, created the SF and Fantasy Masterworks series. Dedicated to re-publishing the English language’s finest works of SF and Fantasy, most of which were languishing out of print at the time, they were – and remain – landmark lists, consummately fulfilling the original mission statement:

‘SF MASTERWORKS is a library of the greatest SF ever written, chosen with the help of today’s leading SF writers and editors. These books show that genuinely innovative SF is as exciting today as when it was first written.’

Now, as we move inexorably into the twenty-first century, we are delighted to be widening our remit even more. The realities of commercial publishing are such that vast troves of classic SF & Fantasy are almost certainly destined never again to see print. Until very recently, this meant that anyone interested in reading any of these books would have been confined to scouring second-hand bookshops. The advent of digital publishing has changed that paradigm for ever.

The technology now exists to enable us to make available, for the first time, the entire backlists of an incredibly wide range of classic and modern SF and fantasy authors. Our plan is, at its simplest, to use this technology to build on the success of the SF and Fantasy Masterworks series and to go even further.

Welcome to the new home of Science Fiction & Fantasy. Welcome to the most comprehensive electronic library of classic SFF titles ever assembled.

Welcome to the SF Gateway.

Sinks whoever raises the great stones;

I’ve raised these stones as long as I was able

I’ve loved these stones as long as I was able

these stones, my fate.

Wounded by my own soil

tortured by my own shirt

condemned by my own gods,

•
The God’s name
was Bondru Dharm, which, according to the linguists who had worked with the Owlbrit before the last of them died, meant something to do with noonday. Noonday Uncovered was the most frequent guess, though Noonday Found and Noonday Announced were also in the running. Only a handful of the Owlbrit had been still alive on Hobbs Land when it was settled by Hobbs Transystem Foods. All but one of them had died soon thereafter, so there hadn’t been a lot of opportunity to clarify the meanings of the sounds they made.

The settlers on Hobbs Land, who rather enjoyed using what little had been preserved of Owlbrit language, called the God by his name, Bondru Dharm, or sometimes, though only among the smart asses, Old Bondy. It was housed in the temple the Owlbrit had built for the purpose, a small round building kept in reasonable repair by the people of Settlement One under the regulations of the Ancient Monuments Panel of the Native Matters Advisory of Authority.

No one remembered exactly when the settlers had begun offering sacrifices. Some people claimed the rite had been continued from the time the last Owlbrit died, though no mention of the ritual appeared in Settlement One logs of years one or two. The first mention of it was in the logs of year three. What was certain was that sacrifice had been recommended by the Owlbrit themselves.

Every word the Owlbrit had spoken from the moment the first settlers met them had been preserved in digifax on the information stages, and among the few intelligible exchanges with the last Owlbrit was the reference to sacrifice.

“Necessary?” the linguist had asked, relying heavily upon his Alsense translation stage to convey the meaning of the word. The question had been directed to the last surviving Owlbrit in its tiny round house near the temple.

“Not necessary,” the Old One had scraped with his horn-tipped tentacles in a husky whisper. “What is necessary? Is life necessary? Necessary to what? No, sacrifice is not necessary, it is only recommended. It is a way, a convenience, a kindness.”

It took the Owlbrit about thirty seconds to scrape, in a sound like wood being gently sawn, but it had taken the last thirty years for the xenolinguists to argue over. They were still disputing over
way, convenience
, and
kindness
, with the reconstruction school arguing strongly that the delicate rasp of the Old One’s tentacles actually conveyed the meanings of
system, lifestyle
, and
solace
. No matter what it meant, sacrifice of a few mouselike ferfs every month or so had been instituted no later than the third year of the settlement and had been carried on regularly since, with the ritual gradually gaining complexity as the Ones Who added flourishes. One Who, these days, since Vonce Djbouty had died the previous year. The only One Who who was left was Birribat Shum.

A Birribat who had lately been rather more evident and importunate than usual.

“I tell you Bondru Dharm is dying,” he said to Samasnier Girat, the Topman, meantime wringing his hands and sticking his knees and elbows out at odd angles, making himself look like some ungainly bird. “Sam, he’s dying!” Young Birribat (no longer at all young, but called so out of habit) had been saying the God was dying for some time, though not heretofore with such urgency.

Samasnier Girat looked up from the crop report which was already several days late, from the set of planter-and-furrower repair-part requisitions which needed to go to Central Management on the following morning, furrowed his handsome brow in executive irritation, and said, “Give it a few ferfs.”

Birribat made a gesture. The movement had no meaning so far as Sam was concerned, being a kind of swoop with the left hand, and a grab with the right, as though Birribat caught hold of a loose line someone had left flapping in the wind. The gesture obviously had meaning for Birribat, however, for it ended with the hands gathered together in prayer position and with Birribat gulping uncomfortably as he said, “Please, Sam, don’t. Don’t say disrespectful things like that. Please. It makes it very hard for me.”

Sam gritted strong white teeth and held onto his patience. “Birribat, you go find Sal. Tell Sal whatever it is that’s got you in an uproar. I’ll talk to Sal about it tonight.” Or next week, or next year. The God had been squatting in its temple since Settlement, thirty some odd years now, without showing any evidence of “doing anything” whatsoever. Sam Girat had the evidence of his own observation for that; he spent time in the temple himself, mostly at night and for his own private reasons. However, he didn’t believe the God was truly “alive,” and the thought of its dying did not greatly perturb him. Still, as Topman, he had to keep in mind that anything Birribat said was likely to create unexpected reverberations among the credulous, of whom there were more than enough in the settlement—in all eleven of the settlements.

Birribat took himself off, and a moment later Sam saw his angular form lurching along the street toward the recreation center. When Sam looked up from his information stage again, it was to see Birribat and Sal striding in the opposite direction, toward the temple.

Saluniel Girat, Sam’s sister, who was serving a more or less permanent term as recreation officer, was both gentler and more patient than her brother. Besides, she rather liked Birribat. At least, she found the bony pietist odd and interesting, and when he told her the God was dying, she was sufficiently concerned to go see for herself. As Birribat did, she stopped at the temple gate to pour water over her hands, stooped on the stone porch to take off her shoes, and knelt at the narrow grilled door in the ringwall to take a veil from the rack and drape it over her head and body. Sal wasn’t a regular temple-goer, but she had observed the sacrifices often enough to know what was appropriate for someone entering the central chamber. The room inside the grill was like a chimney, about twelve feet across and over thirty feet tall. On a stone plinth in the middle stood the God, a roughly man-sized and onion-shaped chunk of something or other, vaguely blue in color, with spiders of light gradually appearing on its surface to glimmer a moment before flickering and vanishing.

“What does it say?” Sal whispered.

“That it’s dying,” cried Birribat in an anguished half whisper.

Sal sat on one of the stone seats along the grill and peered at the God, watching the lights appear and disappear on its surface. The last time she had been here, the sparkles had been rhythmic, like the beating of a heart, flushes of light that started near the rounded bottom, gradually moved toward the top, then went out, only to be replaced a moment later by another galaxy lower down. Now there were only random spiders, bright centers with filaments which seemed to reach almost yearningly into darkness.

“Dying?” she asked, “Is there anything about that in the records?”

Birribat nodded, not taking his eyes from the God. “The Owlbrit told the linguists that Bondru Dharm was the last of the Gods, that there had been others. I think.”

Sal resolved to look up the matter in the Archives. After watching for a bit longer, she left Birribat in attendance on the deity, went out the grilled door, hung up the veil, resumed her shoes on the porch, and went down the empty street to her brother’s office, which she found as empty as the street. At this time of day—except for the kids in school, the babies in the creche, and a few specialists like Sal—the whole village would be out in the fields. Sam had probably gone out there as well and was busy supervising, leaving the Supply and Admin building vacant, which was fine. Saluniel could get more done without interruptions.

The storage files of the Hobbs Land Archives were located deep in the well-protected bowels of Central Management, a considerable distance from any of the settlements, but the files were completely accessible to settlers through their personal information stages, including the high resolution model on Sam’s desk. Sal insinuated herself between chair and desk and told the stage to search Archives for anything to do with the Gods. She was promptly shown an endless catalogue of choices, words, and images, beginning with ancient deities named Baal and Thor and Zeus who had been worshipped on Man-home, and continuing through all the ages of exploration in a listing of every human and non-human deity encountered or invented since.