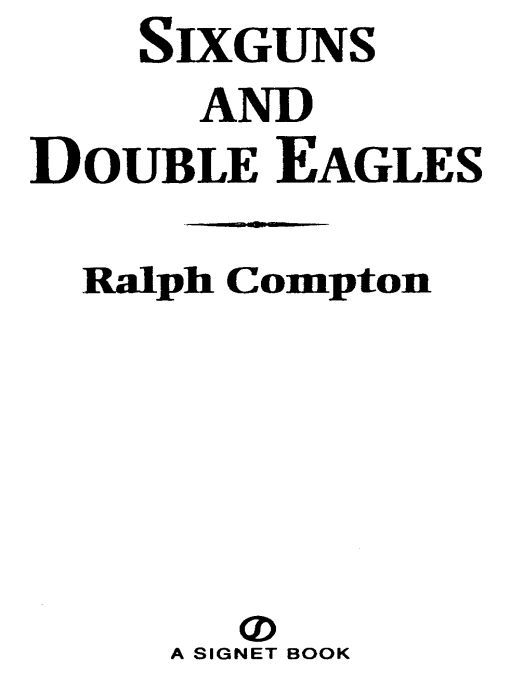 Table of Contents
Title Page
Copyright Page
Â
Chapter 1
Chapter 2
Chapter 3
Chapter 4
Chapter 5
Chapter 6
Chapter 7
Chapter 8
Chapter 9
Chapter 10
Chapter 11
Chapter 12
Chapter 13
Chapter 14
Chapter 15
Chapter 16
Chapter 17
Chapter 18
Â
No other series packs this much heat!
GRITTY HISTORICAL ACTION FROM
From Frank Leslie
DOUBLE DEATH
Each man took his position outside a door, and from beneath long coats, both removed and cocked double-barrel shotguns. Timing their moves, each slowly turned the knob of a door....
Inside their separate rooms, Wes and El Lobo waited. They wouldn't have a clear shot until the bushwackers opened the doors far enough.... Suddenly, both doors came open, and both shotguns roared at the same instant, double loads of buckshot slamming into the empty beds. Before the sound of the blasts had died away, there was the rolling thunder of two Colts, followed by groans of anguish from the hall. In almost the same breath, Monique and Louise screamed.
As though of one mind, West and El Lobo crept along the wall toward the partially open doors until they could see into the hall. As they emerged from their rooms, they were greeted by two dead men.... 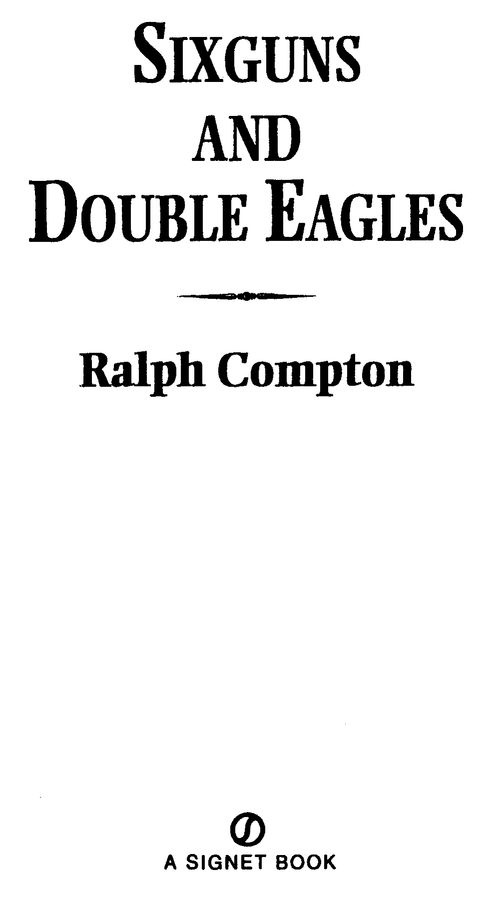 REGISTERED TRADEMARKâMARCA REGISTRADA
Â
Without limiting the rights under copyright reserved above, no part of this publication may be reproduced, stored in or introduced into a retrieval system, or transmitted, in any form, or by any means (electronic, mechanical, photocopying, recording, or otherwise), without the prior written permission of both the copyright owner and the above publisher of this book.
PUBLISHER'S NOTE
This is a work of fiction. Names, characters, places, and incidents either are the product of the author's imagination or are used fictitiously, and any resemblance to actual persons, living or dead, business establishments, events, or locales is entirely coincidental.
The publisher does not have any control over and does not assume any responsibility for author or third-party Web sites or their content.
The scanning, uploading, and distribution of this book via the Internet or via any other means without the permission of the publisher is illegal and punishable by law. Please purchase only authorized electronic editions, and do not participate in or encourage electronic piracy of copyrighted materials. Your support of the author's rights is appreciated.
eISBN : 978-1-101-17542-2

His Captive Lady by Carol Townend
Tempest by Ryals, R.K.
Candice Hern by Once a Scoundrel
Yellow Mesquite by John J. Asher
I Must Be Dreaming by Seay, S.
Ryan's Return by Barbara Freethy
The Mango Season by Amulya Malladi
Three Is Just Enough by Jon Keys
Day of Reckoning by Jack Higgins
Just Myrto by Laurie Gray