Ransom For Hire - Appointment In Hell 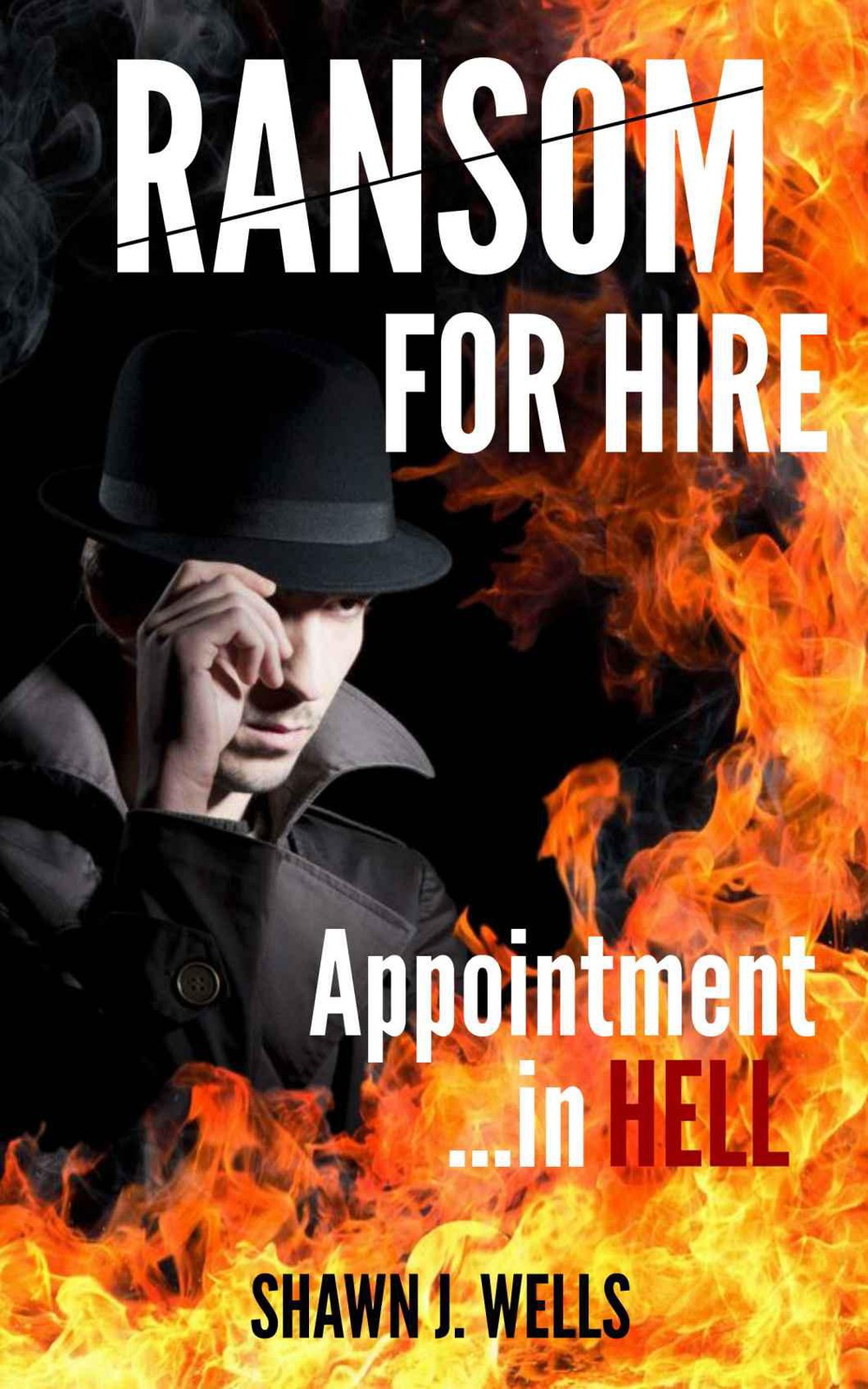 Published by LitePublishing
Copyright © 2012 by Shawn J. Wells
All rights reserved. No part of this book may be reproduced, scanned, or distributed in any printed or electronic form without permission. Please do not participate in or encourage piracy of copyrighted materials in violation of the author's rights. Purchase only authorized editions.

This is a work of fiction. Names, characters, places, and incidents either are the product of the author's imagination or are used fictitiously, and any resemblances to actual persons, living or dead, businesses, companies, events, or locales is entirely coincidental.

To leave you with even more than what you came here for, here are six literary masterpieces (in Kindle format) that you can grab for FREE today! 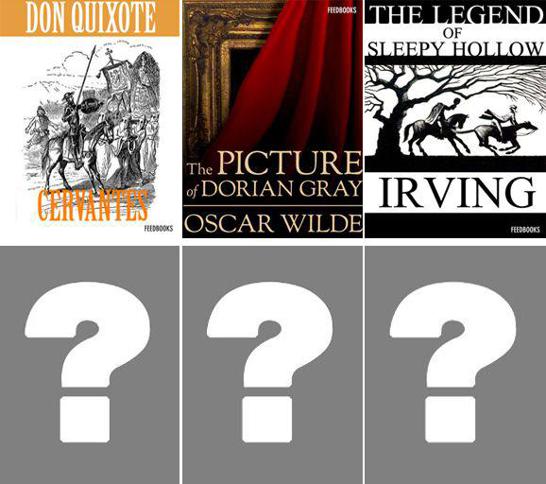 This is a limited time offer so make sure you take advantage of this NOW!!

Dear Reader,
The story you have before you is one of my personal favorites.  It involves a world of dangers and terrors and wonders like few of us have ever seen.
And it wouldn't exist, without you.
After reading Appointment in Hell please take the time to write a review for it here on Amazon.  Let others know that the world of Jack Ransom exists in these pages here, and that they should take the time--like you did--for a detour from their reality into his.

Thank you for your support of these stories.  I'm looking forward to bringing you more.
Sincerely,
Shawn J. Wells

The rain pounded down on him from above.  As if Heaven was angered.  A driving torrent to wear down the sinner.  Fine, he thought.  Let Heaven be angered by what he was about to do.  He could accept being the prodigal son for a while.  The cause was just, so let the punishment fit the crime.

His long black coat was soaked through already.  Three more blocks to go in this pounding cascade.  His fedora had a constant stream of run-off as he bent his head down against the storm and kept moving.  It had been a long time since he'd been where he was going.  It was part of a past life he thought he had given up.  That he actually had given up, until last night.

There were few people out on the streets of Memphis at this hour, in this weather.  Those few souls who had to be out this early gave him a wide berth on the sidewalk when they saw him coming.  They could sense he wouldn't be moved.  It was possible they sensed something else about him too.  Something less tangible, something darker.

In short order he stood at the mouth of the alley between a Chinese restaurant and a Kosher deli.  Both were closed, waiting to be opened later, at a decent hour when decent folk did their decent business.

There was nothing decent about the business he was here for.

He took a slow breath and then sighed it out.  Slogging through a shallow puddle he went to the back of the alley, where a shabby green-painted steel door was set into the brick wall.  A weak light shone down from the bare lightbulb over the door, illuminating little in the heavy rain.  But it was bright enough to see the security slot in the door at eye-level.  He rapped the back of his knuckles against the door, twice, pause, three times more.  The pattern was a code that would be recognized by the person keeping watch inside.

A few seconds later the eye-slot slid open.  He could see the dark eyes of a man staring back at him.  Nothing more.  “Well now, ain't y'all up early this mornin',” the man behind the door said in a loud drawl.  “Now what you think you want here?”

He lifted his head up then, showing the man his face.  “Tell Al'Gamesh that Ransom is here.”

The eyes behind the slot widened.  It was a long moment before the man spoke again.  “Ransom, y'all know you can't be coming here.  There's rules we got.  You make an appointment, then you come back.  Appointment only.”

“Shoot, your listenin' skills busted?  We done got rules.  You ain't been gone so long you forgot about that.”

“Hang your rules, and hang you.  Tell Al'Gamesh I'm here.”

Ransom forced himself to unclench his fists. He didn't know this guy.  But it was clear the man knew who was knocking on his door, and Ransom could tell the man was nervous about it.  Not just because Ransom was here demanding entry, either.  Ransom was putting the man in a spot.  Rules were rules, all well and good. But getting caught between a rock and a hard place usually only leads to getting dead.

Ransom was the hard place in that particular analogy.

“No sir,” the guy finally decided.  “I ain't going to tell no one nothin'.  You go and make your appointment.  Then y'all can come back and we'll see—”

“Enough,” Ransom whispered, more to himself than to the man with his rules.  From under his coat he drew a dagger, turned it handle out, and struck the door with the blue-jeweled tip.

The door immediately quivered and warped like it would melt, then vanished from sight.  Ransom walked through the empty space the door had occupied, pushing the man back. He stepped into a long entry hall, lined with dark-colored stones that led up to a curving ceiling overhead. The place was just like he remembered it.

Behind him, after he was inside, the door appeared again with a "pop" of displaced air.

The man, muscular, bald, with uneven teeth and dark tattoos scrawled across one side of his face, gaped openly and stepped back two more steps even after Ransom had lowered his hand.  Coming back to himself, the door guard drew a Sigma handgun from a holster strapped to his side in a shoulder rig.

“How'd y'all do that?” he asked, leveling the weapon at Ransom.

“Old trick.  From an old trickster.” Ransom returned his dagger to its special pocket with a flourish and pointed to the man’s gun.  “You can put that down now.”

The man shook his head.  “No, sir.  You want to leave now.  That's what's gonna happen here.  You ain't got no appointment.”

Ransom sighed.  Like he had time for this stupidity.  “You do realize where you work, right?”

“Uh-huh.  I ain't dense, ya know.  And I know who you is.  Don't matter to me, though.  This here Sigma's got some special ammo.  Don't think you'd like it much, even with your old tricks.”

The gun burned in the man's hand.  The metal turned instantly red hot, then white, before he could react.  Ransom watched the flesh steam, smelled the odor of barbecued pork.  The man yowled and tried to drop the weapon that was now seared to his skin.  Shaking his arm violently he managed to get the Sigma to tear away, flying to the floor to clatter down the hall, bouncing off the closely set walls.  “You…you burnt me!  You burnt me!  I'll kill you, you filthy mudsucker!”

Mud sucker? Ransom wondered.  What was a mud sucker?

The man lunged for Ransom.  Ransom brought the dagger back up defensively, blade first this time.

He never reached Ransom.  He became stuck in mid-lunge, suspended in the air in front of Ransom, eyes wild with hate, his body stiff.

Not Ransom's doing. Which meant…

“Hello, Jack Ransom,” the deep voice echoed at a level below normal human hearing.  From the end of the long hall stepped a shadow wearing a black cloak.  Holes that should have been eyes, as deep as the depths of space, peered out at Ransom.  The power that held the man suspended in air came from this being.

“Hello, Al'Gamesh,” Ransom greeted him.  “I tried to get your employee here to tell you I was waiting.”

“No appointment, Ransom.  It is not your time.”

Chills washed over Ransom every time Al'Gamesh spoke.  His skin crawled as the voice broke against him.  “I know that.  I don’t have time to make appointments with you. I need to—”

“You need
NOTHING
,” Al'Gamesh interrupted in a tone that left echoes like thunder shuddering through the air and allowed for no argument.

Al'Gamesh turned his attention now to the man he held in stasis.  As Ransom watched, the man's head severed along a neat horizontal line, the body crumpling to the floor.  Blood pooled.  The head twisted in the air until it was looking at Al'Gamesh.  “We will speak of this later,” the dark voice promised.  The bodiless head desperately tried to scream, the jaw muscles twitching, the tongue lurching in place.  Still alive.  Not allowed to die.

Al’Gamesh directed the head through the air to settle it down on a table next to the door. Ransom had a brief moment of sympathy for the guy before Al'Gamesh was standing right in front of him.

“You interfere in my business,” the terrifying voice told him.  Inside the depths of the hooded cloak there was only darkness folding in on itself.

“Your business has become my concern,” Ransom answered.

Al’Gamesh turned away and started down the hallway.  Ransom followed.  To the end, and then to the right a stairway led down.  Most people never came this far.  Not willingly. Ransom had been here several times before. Back in the days when he worked for people and beings like Al’Gamesh. Back then he hadn’t cared where his income came from, as long as he made his money.

Then he’d met Julia. And started to care.

Here, torches lit their way down the spiraling stairs.  The steps were stone and worn down.  The air got colder as they descended.  This was an ancient place.  Ransom had never known how old, but had seen it laid out on a map from the early 1700s once.

“I will speak to you, Jack Ransom,” Al'Gamesh finally said when they were about half-way down.  “But I can not give you what you seek.”

“You're the only one who can. No one else can give me what I'm after.”

“It wasn't Julia's time either,” Ransom countered.  “You know that.  They took her without cause.”

“Your wife has been taken to Hell. And you seek to reclaim her.”

Ransom had gone as close to insane as he’d ever been when he found Julia was gone. Knowing where she’d been taken, knowing what might be happening to her, had broken him inside like fine crystal being shattered. All of the thinly laid boundaries he had created for himself, the moral codes he had adopted to contain the darker parts of his heart, were torn down in the instant Julia was taken.

Al'Gamesh laughed.  The sound was disturbing, like someone snickering during a funeral.  “What you ask isn’t possible.”

Ransom shook his head defiantly.  “Nothing is impossible.  You told me that once.”

“Do not make assumptions on our friendship.”

“Why, Al'Gamesh, I've never pretended we were friends.”

They had reached the bottom of the stairs.  An open chamber with high ceilings of intricate stonework spread out in all directions.

The thing that was Al'Gamesh laughed again.  Ransom's spine crawled from skull to tail bone.

Now came the hard part.  Convincing Al’Gamesh, the keeper of the Veil, to let him through.  Ransom needed to get through. He was his wife’s only chance. If he thought he could force Al’Gamesh to do it, he’d already be pounding his fists into that dark space beneath the hood. But that’s not how these things were done. So instead, a deal would have to be struck.

If he couldn’t get through into the realm of Hell, then his wife would be stuck there for all of eternity. There was no one else to save her. No one else who would care to even try. But appealing to Al'Gamesh's humanity was out of the question.  Hard to be humane, when you're not even human.