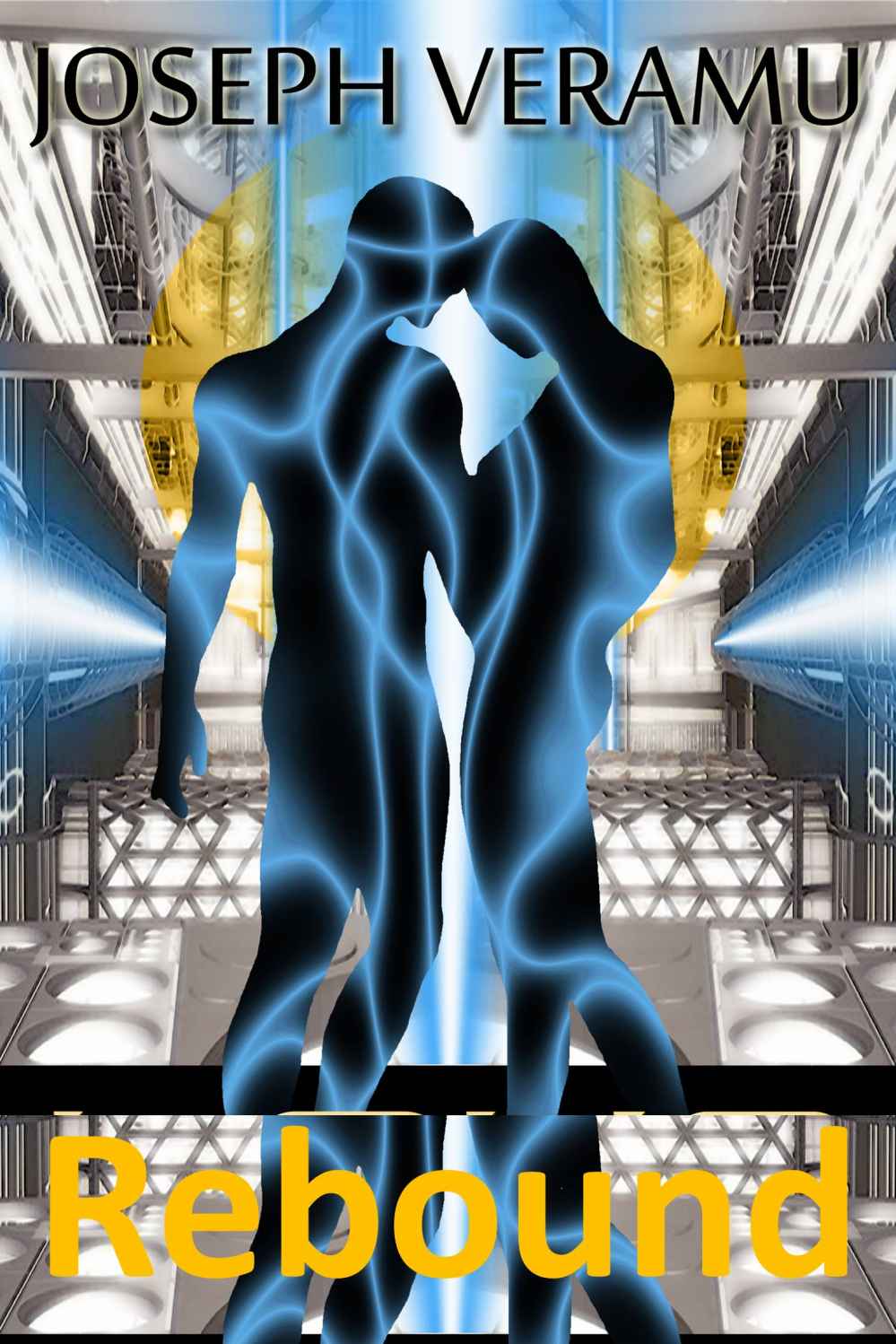 This ebook is licensed for your personal enjoyment only. This ebook may not be re-sold or given away to other people. If you would like to share this book with another person, please purchase an additional copy for each recipient. Thank you for respecting the hard work of this author

Chapter 19: Into the lion’s den

Mason Anderson walked as casually as possible out of the sprawling genome facility into the car park. His hands were shaking and cold beads of sweat trickled down his forehead. His contact had told him to walk slowly towards his Induct 30 electric car and then to look up to the sky at the vague points between the various shades of cloud. He was then to take a walk so that anyone observing would note that it was a kind of impulsive action after a hard day’s work.

With every step he took, he became nervous. It was as if his body and mind were walking independently. He should have refused the meeting. It was too dangerous. He realized however that he was frustrated and disillusioned with the Corporation and would have agreed to meet anyway.

The streets were quite empty at this time.

He smiled wryly at a large billboard with the slogan,
‘Genes Create the Future’
hung by a building that had a number of bars frequented by corporate staff. It had the face of an attractive young woman looking expectantly into the horizon. In huge bold letters were the corporation’s logo and name ‘Babylon Corp’ (BC).

The woman in the mural was one of the new non-military grade clones that were being created. The rumor was that there had been some flaws in their genome and the main lab was working to reconfigure them. All clones were created to accept their situations. A few of the newly designed ones had rebelled.

He had the strange sensation he was being watched.

He could feel his heart pounding. He wished Emily had been around. She would have helped him to make wise decisions in situations like this. They had taken her away.

She was walking briskly towards him.

“You were supposed to be configured,” he said sounding dejected.

“I managed to escape. Now is not the time to be curious. We don’t have much time.”

“How did you escape?”

She ignored the question, “All things that have happened or will happen are part of a design.”

“But how can you expect to remain free? You’re not military grade.” His voice and demeanor showed disappointment.

She knew what he was thinking. “Your question is; how can I protect you when I could be caught at any moment? More to the point, you feel I wasted your time. Let me put it bluntly Mason Anderson. Your life was already in danger.”

“All I’m saying is that we’re up against a trillion dollar corporation that controls everything and I risked my life coming to meet you.”

Babylon Corp had facilities all over the world and it had developed the KlSeq 2045; highly complex and very advanced genome sequencing and creation machines. They are integrated to design, create and produce most things required by humankind. BC has a huge clientele amongst the super rich and states producing clones, creatures and GM flora and fauna for various purposes.

That intrigued Mason and gave him a small window of hope.

“Things are going to happen. But you must trust me and also believe that what you’re trying to do is worth fighting for.”

“And dying for?” he had not meant to sound cynical but it came out that way.

“You said it. Believe me; I am not as flighty as I look. You are an unusual man Mason and I admire you. Have some trust.”

“You still haven’t told me your name.”

“You’re the face of Babylon and they won’t let you roam around so freely. It threatens the corporate brand.”

“Genes create the future. I get bored of that slogan and my face staring from everywhere like a sick zombie. They are coming Mason. Stop feeling overwhelmed. Get a life. Face these people.”

“But you are alone.”

“Don’t be naïve and don’t insult me. Think of Emily so that this mission is not in vain.”

“What has she got to do with this meeting?” he asked sounding flabbergasted.

“You still don’t get it, Mason. This has nothing to do with me. It is about you. If you don’t have confidence, we won’t succeed!”

It was then that he saw BC’s security squad led by the dreaded Karabos. She was a lean and athletic looking woman in a business suit. She had blond hair and unnatural green eyes that looked cadaverous in the fading light. Her minions were in black suits and dark glasses holding on to what looked like electric cattle prods.

“I can’t help you now but I’ll be back,” she said as she disappeared with some of the black suits pursuing her. The goons pointed their energy prods but she had some kind of shield that reversed the energy. They reeled from the reverse force.

He was too nervous to speak.

“They don’t care for you, Mr Anderson. They just use you and move on. That is the nature of clones. We will get her back. We always do. But you’ve been left on your own.”

He saw the white solar GM Super Cruise coming out of the bend and breathed a sigh of relief. He would make a run for it. However, as he made a dash and looked fleetingly at the driver, he knew instantly that he was also part of the security team. He was trying to run him down. He desperately tried to dive away but the speeding vehicle confronted him.

In the instant before he went blank, he realized that they had planned all this. His only consolation was that in the moment before darkness, he had seen Emily smiling. He assumed wistfully that if he died he might be able to meet her again.

They had planned to silence him as naturally as possible in a hit and run accident.

“Mr Anderson, you’re lucky that we still want to give you a chance,” Karabos said without emotion as he lay on the hospital bed.

At this close range, he noticed that she looked rather like a robotic clone with her perfectly chiseled face and body.

She tried to look friendly but like cold inanimate emeralds, her green eyes had a hard edge that gave her an enigmatic machine like demeanor. He remembered the time when Emily had been sick. Karabos had returned to say that they were so sorry to break the news that she had expired. She had caught a deadly virus in the lab and had to be kept in cold storage. Babylon Corp sympathized and hoped he would meet someone in due time. Her apology had sounded insincere. Emily had worked in the Robotics Lab and he was mystified she would catch a virus there. In any case, Babylon Corp had the cure for almost all known diseases. He had felt disillusioned realizing that it was corrupt. There were also whispers in his lab that Emily had stumbled onto something insidious. It was after her ‘death’ that he began to plot about freeing the clones and exposing Babylon Corp.

“You mean I’ll still be allowed to work for BC?”

“You have talent. But we have to take precautions.”

He was not sure whether to make a sigh of relief or of resignation.

“She’s still out there enjoying her very short vacation. But we’ll get her!” There was a pregnant pause. “Mr Anderson, what do you know about Ryan Clay or Beckett Miles?”

“They are sleeper clones.”

“We all know that,” she said impatiently. “She was planning to take you to meet them.”

“There is a connection and we will fit the puzzle soon.”

“But I was only contacted to meet her.”

“You have something they want Mr Anderson. We will entice them. “Don’t get bloated with pride. The only reason they chose you was because they surmised that you are emotionally weak. They don’t care for you. Once you serve their purpose, they will discard you. Machines and clones are like that.”

His face betrayed his thought that even Karabos was a either a machine or clone.

“Yes Mr Anderson,” Karabos smiled without emotion. “Don’t forget I’m on the good side. You will lead us to them.”

The move was so sudden that it took him by surprise.

Two of the black suits held him down very tightly while Karabos took an ugly looking black bug with one hand,

With her other hand she pressed some codes on her smart phone. The electronic bug came alive and started moving inside his left nostril. He was breathless and struggled but the bug kept moving until it had embedded itself in his brain. He suddenly felt weak and sleepy.

“You are extremely important to her syndicate. Without you she won’t be able to function.”

Under her breath she said, “When we get her group, we’ll dispose of you.”

Ryan woke up late, shaking and feeling as if he had crawled out of an abyss. His lucid dreams had begun three years earlier after he had started working at GenGlobal, a tech company handling online searches, cloud computing, and software development. It was a subsidiary of Babylon Corp.

It was the strangest thing that had ever happened to him and the most baffling thing was that he had not told anyone about it. He had the uneasy feeling that his informant had suspected that the nature of his personality meant that he would keep these communication secret.

It did not make sense why someone would send him incriminating information on Babylon Corp’s cloning program. Updates had been sent for the the last three years. The sender implied that at some point, he would be contacted. Whether he would be expected to help fix the issues was a mystery. The odd thing was that every time he received these updates, he seemed to have an adverse reaction as if there was some kind of a sleeper system within him that was being activated. He would become tense and have difficulty sleeping. He sensed that he was linked to the sender in a mysterious way that would probably reveal itself when they finally met.

Ryan had made up his mind. He would make himself a strong cup of coffee and then report the breach to Babylon Corp. He sipped his coffee and felt good about his plan,
He was just sorry he had not thought of doing this earlier.

His cell phone made a roaring sound to indicate a text.

He looked at it and his cup fell from his hand. His initial reaction was feeling violated and angry but then he realized he was to blame for leaving it this long to take action. The sender appeared to be intimately aware of all aspects of his life.

“Not a good idea. They are watching you.”

“The people you want to report to.”

“So what’s there to worry about?”

“A lot actually. You waited 3 years so that will raise alarm bells.”

“You have 2 obsessive interests, AIs and bending time.”

He glanced through his window, “Isn’t it too exposed?”

The sender ignored him,
“Don’t you want to know why you’ve been receiving these messages all these years?”

“Curiosity killed the cat!” he tried some dry humor.

“You’re a different kind of cat! Get out now. They’ll still follow you. Let me make this clear. They are dangerous people. The only reason they haven’t moved on you is because they think they can catch us together.”

“What should I call you?”

He went out of his apartment and as casually as possible followed the parade.