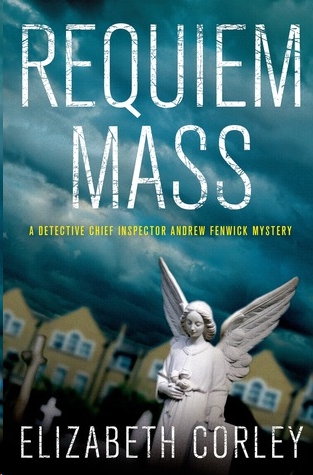 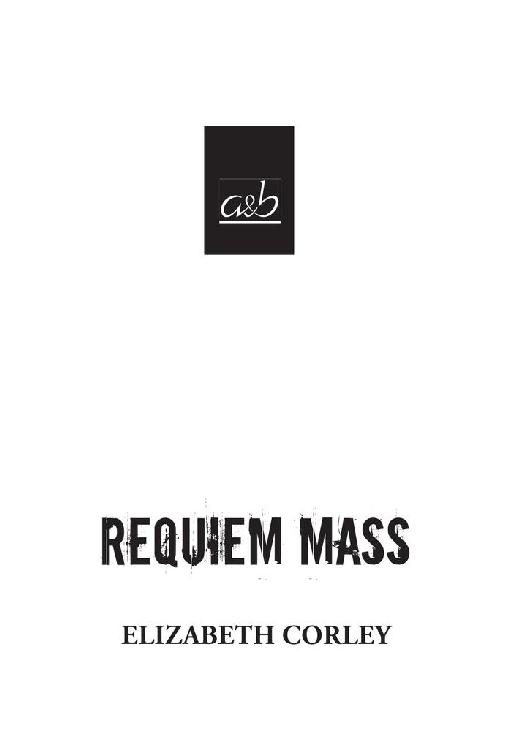 To my parents, Robert and Yvonne Trown, with love.

This book could never have been written without the support and understanding of my husband, Mike, who variously cajoled, encouraged and fed me!

I would also like to thank Philip Wharton, for his invaluable input on police procedures, and Tony Heath, whose original invitation to a performance of Verdi’s
Requiem
started it all.

Rest and peace eternal give them, Lord Our God:

And light for evermore shine down upon them.

The old man was dying. He lay in a stark white cot in a private room far removed from the incidental noises of the busy hospital. Around his bed a hush had descended, as if he was already separated from the world by a giant, invisible bell jar.

Fierce Australian sunshine leaked around the edges of tightly closed Venetian blinds, exposing the lack of colour in the room – white walls, white floor, white blinds, white sheets, white skin, white hair, white lips, bleached white fingers. Only the shadows made any sense of the man’s features. He was weaving in and out of a dreamlike state: one moment a young man, the next already dead, looking down on the decrepit, cancerous body with a mixture of pity and contempt, failing to find the man he had been in the skeletal limbs and ballooning gut.

For days he had been hovering painfully on the point of death, refusing the numbing drowsiness of a full morphine dose. The doctors and nurses had been trying to increase the dosage daily – but he had the money and the will to resist their efforts, appearing to prefer agony to insensibility. They couldn’t understand why. He wasn’t really old, only sixty-two, but he looked ninety. An immigrant away from his homeland, on his own, no family, his wife long dead. The hospital staff had no idea what drove him. Still he clung on to his delirium, resisting the temptation to slide into one last, comfortable sleep.

In his mind the man was held fast in the past of nearly twenty years before. In a recurring nightmare he relived the same week of his life over and over again. Each time he was a
silent witness to the events – paralysed and dumb – unable to intervene. Every time he had to watch as his daughter walked along an idyllic cliff path to her death.

She would turn and wave, not to him but to her friends, and walk on down the dip and out of view. Then his perspective would change: he would be hovering like a seabird above her, his squawking cries unregarded, trying to swoop across her path, to head her away from what awaited her a few yards ahead.

In his semi-drugged state, the pain of his cancer became the ache in his arm-wings as he dived again and again over her head. The relentless dryness in his throat became the hoarse cawing as he screeched his warning. Every half-sleeping hour he followed her down the same path, to the same fate; his attempts to warn her weakening each time but the cold dread that accompanied her last moments growing stronger and darker with repetition.

Down the dip, around the bend and there was the other one waiting for her, watching silently as first her golden head and then the rest of her delicate figure appeared from below the rise in the path. He couldn’t see the other’s face; the waiting assailant was visible only from a bird’s-eye view. Dark, slim, athletic – he could make out nothing else – but his daughter knew who it was. From the top of the rising path she ran down laughing, arms wide, into a wiry embrace. The look on her face as she gazed upwards was one of love and trust.

The man-gull screeched frantically, beating wings, desperate to warn her. Instead she closed her eyes and raised her face for a kiss. In one smooth motion the dark stranger lifted her off the ground swinging her around, like the father-bird had done when she was a little girl, but then let her go. She flew, sailing over the edge of the sheer chalk cliff. For frozen seconds her eyes stayed closed, her smile simply puzzled. At the final moment she opened her eyes and looked upwards and around in confusion. Her arms flailed in empty space, utter fear washed over her face. She twisted downwards,
bouncing on ledges of unyielding chalk before breaking her back on a jagged outcrop to be thrown by the impact outwards, paralysed but conscious, to fall another two hundred feet on to the broken rocks below.

The father-bird plummeted down on folded wings, to grasp his daughter before a wave could claim her. His talons hooked into her white T-shirt, spattered crimson now; his beak gently touched her cheek, to turn her head. She stared at him sightlessly from flat blue eyes. Her head rolled back to settle at an odd angle, leaving blood and grey matter on the rocks. She lay unmoving except when a wave from the incoming tide broke over her, stirring her shattered limbs into a semblance of life. She was dead, always dead.

Ten nights after the patient had been admitted into her care, Nurse Sarah Evans was startled by a summons to his bed. He had previously defied them all; saying nothing, resisting medication to the point where it had been less distressful for him to let him be. By rights, he should have been dead by now. Instead, he was suddenly sitting upright in bed, his skin flushed not by fever but by excitement.

If his alertness surprised her, his next request astonished. He was demanding a priest – a Catholic, no less – to attend him straight away. Fifteen minutes later, the young priest was running to deliver the last rites. Only when he was in the dying man’s room, with the door securely closed, did he start to doubt the reason for the summons.

Yes, there was a soul here for the young cleric to rescue; yes, the man would confess his sins, repent and deliver himself into God’s hands, but there was a small condition. The priest was to take down a letter, a very important letter, which the man would dictate. He was to swear on the Bible to see it was delivered to his nephew in England. It seemed a small condition. The intensity in the man’s eyes as he insisted that the priest place his hand on the Holy Book and swear to dispatch the letter, swear to keep its contents as secret as the confessional, should have warned him.

‘I will take your letter, my son. But tell me why it is so important.’

The old man’s stale breath smelt of decaying things under floorboards. He gave a ghastly smile.

It sounded harmless enough to the priest – almost a spiritual revelation. With an open and simple heart, he swore his oath and started to transcribe the old man’s final words.

The house was exactly as he remembered it: a concrete path leading to a cheap painted front door, once determinedly buttercup yellow, now aged to the texture and colour of sour milk.

As he put his key in the lock he was hit by a crippling sense of grief so strong he had to wait, head rested on his raised hand, whilst the almost physical pain passed. It was followed immediately by a customary anger that spurred him on, over the threshold and into the dark, neglected hall.

The interior was familiar, even in the half-light. He walked straight through to the kitchen where occasional sunlight from the westering sun filtered through heavy clouds, grimy windows and the dust of decay, revealing an oilcloth-covered table and broken chair. Sitting down wearily, he pulled from his pocket a dog-eared black-and-white photograph and ran his fingers lightly over the image of four smiling faces. Beautiful faces, happy smiles lost in the past, and one, the most beautiful, was gone for ever. She had died still innocent and unaware of his love for her.

Whose fault was it that she had died? Not his! For years he had thought that the blame lay with him. For years he had worked, fought and killed in a vain attempt to quieten his conscience and appease her memory. Now he knew it hadn’t been his fault. Unlooked for, unwelcomed, the letter had made everything so clear, so obvious. There was nothing he could have done to save her – because someone had wanted her dead.

Who that was he could not yet be sure but suggestions had been made and they were enough to bring him back. There could be only a short list of suspects. He didn’t know which of them it was, it could even have been more than one. Thinking of their stricken faces as they had brought news of her death back to this house, realising for the first time the hypocrisy that was hidden behind the pitying, tear-filled eyes of at least one of them, brought him lurching to his feet with a roar of uncontrolled rage, turning over the table as he leapt up, blindly searching for something to hurt or destroy.

He stumbled over to the sink and rammed his fist into the window above it, straight through the glass, taking obscene pleasure in watching the blood swell slowly from the gouges along the back of his knuckles. Only when there was a danger of it falling softly on to the photograph did he lift his arm free and wrap it in an old roller towel from the back of the door. The feeling of blind fury passed slowly, leaving him, as it always did, weak, empty but momentarily at peace. He picked up the photograph, stroking it gently, and made his way back to the kitchen chair. One thought blew slowly through his mind – it wasn’t my fault. And with that thought he was filled with an icily clear sense of purpose.

Someone had wanted her to die and had brought her to a twisted, broken death. When he was certain of his facts he would do what little he now could for her and for her memory. Once he would have died for her. Now he rejoiced in the knowledge that he could at last do something real for her: he could revenge her; he could kill for her – once, twice, three times – as many times as proved necessary – to avenge her death and finally let her rest in peace.

Drinking Life (Keeper of the Water Book 1) by George, Kevin
The Bovine Connection by Kimberly Thomas
Ace in the Hole by Marissa Dobson
This Book is Gay by James Dawson
Choices We Make: The Moretti Brothers Series by Young, Sage
Rockin' the Boss by Salisbury, Jamie
Secrets Collide (Bluegrass Brothers) by Brooks, Kathleen
Belle De Jour by Joseph Kessel
The Seven Year Itch by S D Skye
Laura Kinsale by The Hidden Heart