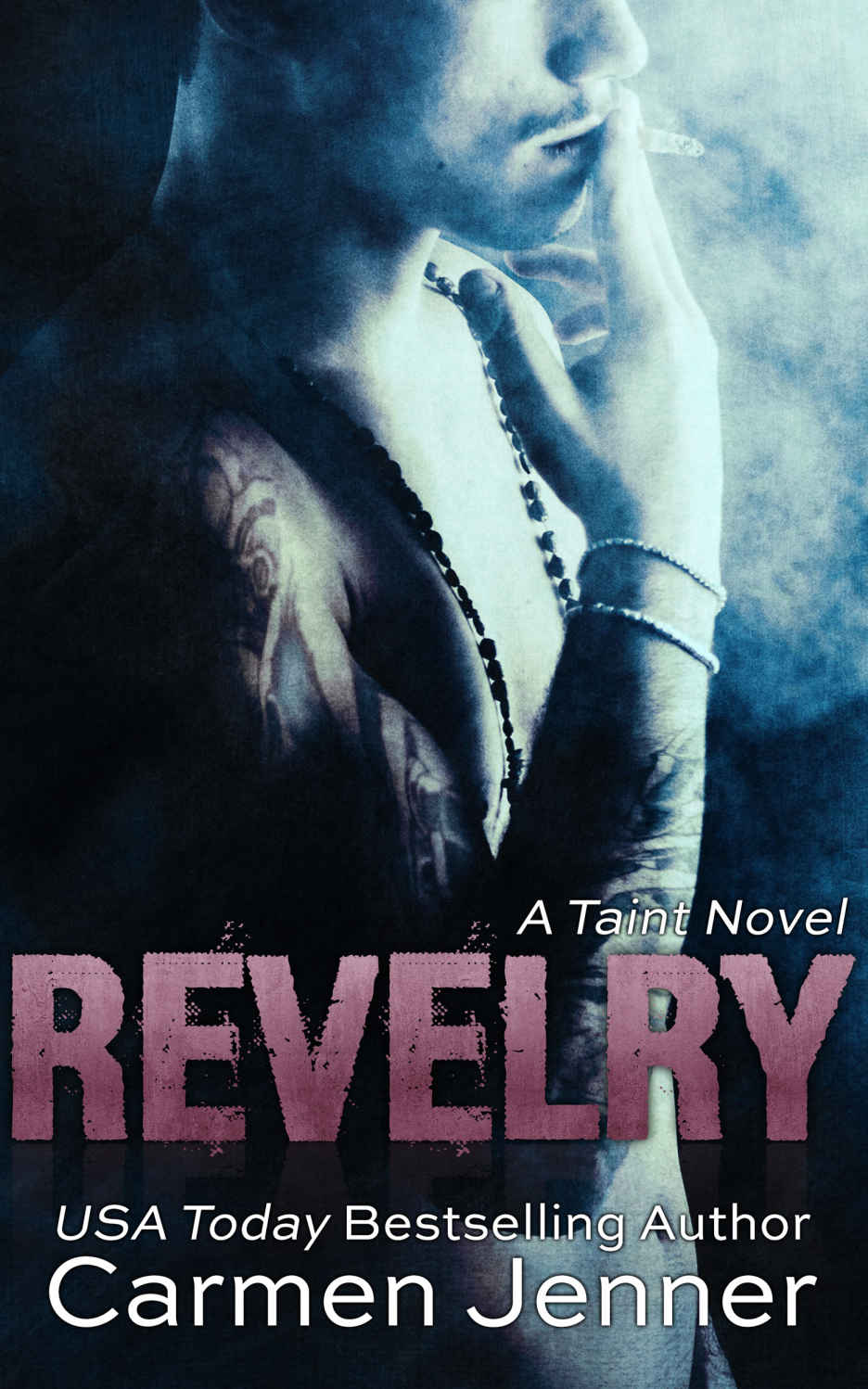 Cooper Ryan is living the dream. Between the parties with rock royalty, booze, groupies and performing to crowds of thousands with his band Taint, life seems pretty sweet. There’s just one thing missing: the feisty little red-head that took his baby and ran off with his heart. Throwing himself into music is the only thing keeping him sane.

Until a run-in with a nonplussed, package-wielding PA throws everything off balance.

Ali Jones is having a craptastic life. Her grandmother died, leaving her homeless, penniless, and alone, and her boyfriend left her for a tramp who takes her clothes off for money. That’s why when she lands her dream job at a record company it seems like it’s too good to be true.

Slapped with an ultimatum, Ali must decide if facing the horror of the unemployment line is a fate worse than going on the road with four rowdy rockers hell-bent on making her life misery.

She’s not even loved by her cat.

Can they ignore their hatred long enough to survive the tour from hell? Or will their chemistry force everything to come crashing down around them?

For the real Ali

I would never have taken that first step.

I love you, lady!

I
stare down into my Jack and Coke. The ice has melted, the condensation on the outside of the glass is long gone, evaporated away by the dense heat in this shithole of a pub. I’ve done nothing but wander aimlessly from one dodgy establishment to the other for days now. As long as they were happy to keep serving me drinks, I was happy to keep handing over my hard earned cash to get well and truly shitfaced. If there was a level of consciousness beyond shitfaced, I’d happily jump on that fucker and drive my dick right through to the other side, just to forget.

I tighten my grip on the glass until I finally feel a different kind of pain than the one in my chest, where my fucking heart used to be. My arm trembles and the bartender takes his eyes from the footy match on the screen and scowls.

“Last drink, mate.” he says in a gruff, apathetic voice before he turns his attention back to the TV with its shitty, fuzzy reception. I pull my wallet out and slap two hundred bucks down on the bar. He eyes the money appreciatively and then cocks a bushy grey brow at me.

“Keep ’em comin’.” I slur, tossing back the remainder of my drink. “No, you know what; give me the strongest fucking drink you have.”

“Alright, but you chuck up in my bar, I’m gonna make you clean that shit up and then I’m gonna charge ya, double. You got that, kid?”

He takes down a bottle of amber liquor and lines up three shot glasses, pouring booze into them. He slides two towards me. I down them one after the other. Revelling in that shit as it burns its way down my throat and sits like battery acid in my empty stomach.

“Jesus, what the fuck was that?”

I cough and rub at my chest. I think about retching, because my stomach feels as though it’s just been turned inside out, but the bar tender shoots me a look that says I’ll be mopping it up with my face if I chuck up on his bar.

“Inner Circle Black Rum.” He downs his shot and slaps at his own chest with a meaty fist. “Seventy-five per cent alcohol. That’ll put hair on your balls, sunshine.”

“Will it make me shit out my liver too?”

“Probably.” He studies me a moment, and pours another shot. I can’t help but notice he turns and puts his glass in the sink. “Well, whoever she was she must have done a fucking number on ya, kid.”

“Who said anything about a woman?” I say bitterly, and suck back the shot. After the alcohol burns away, deep molasses and burnt toffee roll over my tongue. The booze, though, it strikes the inside of my head like a fucking anvil. I gotta get Deb to get me some of this shit.

“No one had to.” He chuckles. “You think you’re the only sorry-arsed bastard who’s ever wound up at my bar nursing a broken heart? Look around you, kid. Everyone here is nursing a broken something.”

I glance around at the other patrons. A haggard blonde wearing leopard print sways back and forth beside the jukebox while Cold Chisel plays. There’s an old dude at the opposite end of the bar, nursing his scotch and looking as fucking miserable as everyone else in this joint.

What a depressing shithole of a bar
.

Vacant by Alex Hughes
Millionaire Husband by Leanne Banks
Gryphon and His Thief by Nutt, Karen Michelle
Darwen Arkwright and the School of Shadows by A. J. Hartley
Goodbye, Vietnam by Gloria Whelan
History Keepers: Nightship to China by Dibben, Damian
Bella Poldark by Winston Graham
From Paris With Love by Samantha Tonge
A Cuckoo in Candle Lane by Kitty Neale
One Hundred Years of Marriage by Louise Farmer Smith