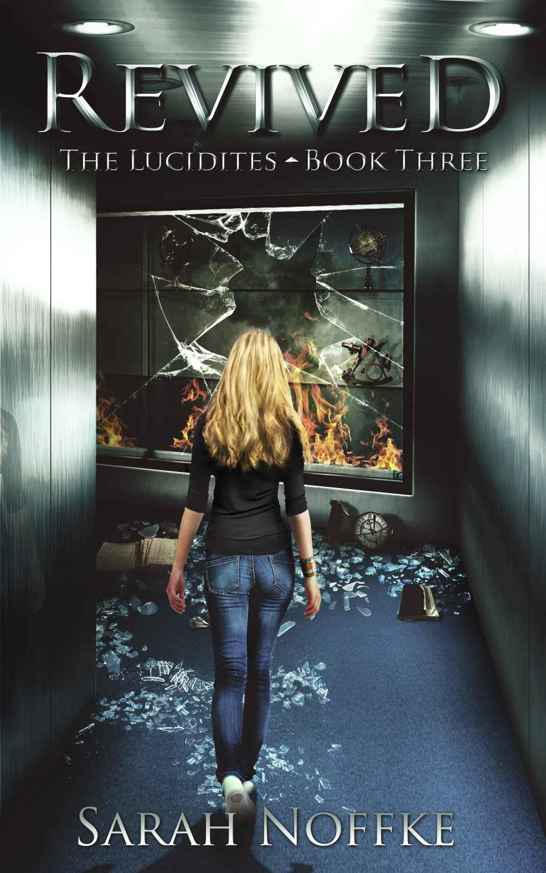 All rights reserved. This was self-published by Sarah Noffke under One-Twenty-Six Press. No parts of this book may be used or reproduced in any manner whatsoever without written permission except in the case of brief quotations embodied in critical articles and reviews. If you are seeking permission send inquiry at
www.sarahnoffke.com

Published in the United States by One-Twenty-Six Press

For Colleen. Wasn’t sure if you knew how much I appreciated your friendship so I did this. 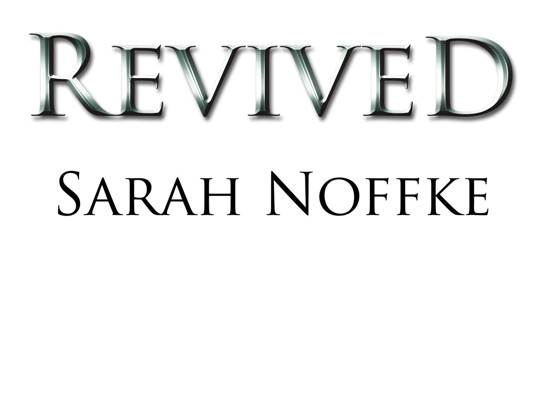 I
f there were any windows in the Institute, I’d shatter them all. Assaulting stainless steel walls isn’t just unsatisfying, it’s ridiculously stupid. As evidenced by my bruised knuckles, steel is unrelenting to attacks. When glass shatters, it releases pain, numbs ache, dissipates anger. Steel mirrors me, amplifying the negative emotions. Encouraging them. I loathe metal. I’d tear my silver and copper bracelet off and chuck it across the Institute except it’s the only thing keeping Zhuang from boring into my head and making me insane.

For the rest of my life, I will never forget the moments that followed Trey telling my brother and me that he was our lost father. Joseph’s face paled; there was this weird mix of hope and pain in his eyes. Silence filled the room. I imagined a sound like sandpaper on tile as Trey’s eyes shifted between Joseph and me. His fingers flexed as he braced himself, waiting for a response. Trey was already accustomed to my bad temper and tendency to explode, like when I learned that Joseph and I were twins. This time, I remained silent. Stunned.

Now I’m sitting in a remote corner of the Institute’s five-story library. I have surrounded myself with fifty-eight books like a shield-wall. Hopefully this serves well enough to tell anyone who happens to find me that I want to be left alone. If it doesn’t, then I’ll rip pages out of the books and make a banner that reads “Stay Away!” I’m hoping it doesn’t come to that. I love books and these are all of my favorites. Having them around me brings an ounce of comfort as I review the conversation from the night before.

Trey’s words were like jagged pieces of stale bread that I was forced to swallow. After his confession, he explained in broken sentences that he had to split Joseph and me apart and have us raised by strangers. To protect us from Zhuang, he insisted. If we’d spent our childhood at the Institute, there would have been other problems. His eyes didn’t look directly at us when he said, “It was difficult to make that decision, but that’s the one I made. I know you’re already wondering why I’ve kept this secret from you. I don’t see what benefit you’ll gain by knowing I’m your father. You’ll just be consumed with resentment and frustration now—exactly what I wanted to avoid. The moment I split you up and sent you away from the Institute, I made the decision that you’d never know the truth. In light of the severity of our current situation, however, honesty is the only remedy.”

He was deflecting his mistakes onto Joseph. Also, he’d already played that “difficult decision” card on me in the past. This was manipulation and I wasn’t buying it.

Surprisingly, it was Joseph who asked the first question as I sat frozen. “Who was our mother?”

“Her name was Eloise. She was a Middling,” he said, meaning that she couldn’t dream travel. Even the description of our mother as a Middling stuck in my throat. I thought that soon I’d be gagging from all the new information.

“What happened to her?” Joseph asked, not meeting Trey’s eyes.

“There was an accident on a ship with no way to save her.” His voice was cold, businesslike, and it made me hate him even more.

When I finally spoke there was nothing “businesslike” in my tone. I had questions and I wanted answers. No more deceptions. “Who else knows?”

“Only Ren,” Trey said, staring directly at me. “No one else knows I’m your father.”

“Why him?” I asked, disgusted immediately.

“You realize this is complete bullshit!” I yelled.

“I figured you’d see it that way,” he said flatly.

“Roya,” Joseph tried to caution me.

“Shut up, Joseph!” I roared, feeling heavy and motivated. “You know whose fault it is that Zhuang has been revived? It’s yours!” I said, pointing a shaking finger at Trey. “If you hadn’t kept everything from us then this never would have happened.”

“Roya, I really wish I could take the blame for Joseph’s mistakes, but I can’t,” Trey said, staring at me, eyes red.

“Well, Trey, I really
wish
you’d take your lies and Institute and shove them all up your ass!”

Needless to say, that was the end of that conversation.

Somehow, by breakfast the next day, most of the Institute knew about the latest scandal. Sitting at my table, I stirred my oatmeal until it turned to sludge. I tried to make sense of something that was never going to compute, even if I owned all the greatest minds in the entire world––like my father.

“You don’t have to be a mind reader to know you’re about to murder someone of high status,” Samara said, easing into the seat next to me.

“Oh, well, I’ll work on altering my thoughts a bit. I don’t want to get arrested.” I gave a ridiculously fake laugh, then added, “Do the Lucidites have a police force?”

“So do you know?” I asked, letting the question hang in the air like smoke after a fire.

She nodded and stared at my oatmeal, unable to make eye contact with me.

“And is it because the information is sitting on the top of my head?” I asked.

“Well, yes, and also because Patrick told me when I was having my omelet made.”

“Oh, that’s fabulous,” I said without a hint of enthusiasm. “Just how you want your closest friends to find out the news.” The Institute suddenly felt small, although it was huge and went on for miles. Everyone would know within the hour. No one would hear the news from me.

I looked up right then to find George framed in the entryway to the main hall. He scanned the room, then his eyes seized mine, a whirl of concern in them. Hurried steps brought him over to me. He blinked, like trying to clear suddenly blurred vision. “Roya, what is it?” he asked, taking the seat on the other side of me.

Undulant pressure rose to the surface at the sound of his voice. I shrugged in response to his question. It wasn’t a good response, but it was the only one I could manage without turning into a blubbering idiot, which wasn’t an option. His presence piqued every emotion––making them impossible to easily handle. Unable to meet his eyes, which were no doubt leaking with desperate concern, I shot Samara a look and nodded. She returned the gesture.

“Roya and Joseph just learned Trey is their father,” she said too loudly, an excitement in her voice she failed to suppress. “As you can probably tell by scanning the main hall, most of the Institute has just learned this too. I found out in the breakfast line,” she added in a conspiratorial whisper.

George turned to me, went to grab for my hand, but paused an inch away. “Oh, Roya, I’m sorry. This is so unfair.”

Unfair.
George overuses that word the same way people overuse the word
awesome
. Most things aren’t awesome. The Milky Way is awesome. Niagara Falls is awesome. But a pair of shoes isn’t awesome. A side of fries isn’t awesome. Neither is a new hairdo or most other things that are described using
that
word. And most things aren’t unfair. Fairness isn’t something that even exists in the world I live in. Things just are. Trying to equate them using a scale of justice is ridiculous and only leads to frustration and defeat.

“It’s okay, George,” I said, sounding oddly like I was trying to console him in this awkward situation. “I’m not fine, but I will be. Just need time to process.”

He leaned down low, his breath smelling minty. “I’m here if you need anything.”

“You didn’t know, did you?” I accused, suddenly gripped by the idea. “You didn’t know Trey was my father, the way you knew Joseph was my brother? You said you could feel the connection between us and that’s how you knew before I did.”

He shook his head, a roughness in his eyes like he was appalled that I’d even consider the notion. “No. I hardly feel any emotions from Trey,” he said.

Blind Date With the Billionaire by Cordelia Baxter
The Gorgeous Girls by Marie Wilson
THE GATE KEEPER by GABRIEL, JULES
Whitechurch by Chris Lynch
How to Lead a Life of Crime by Miller, Kirsten
Two (The Godslayer Cycle Book 2) by Ron Glick
Southern Admirer (Southern Loving Book 2) by Thorn, Ava
Sunrise by Mike Mullin
Treasures from Grandma's Attic by Arleta Richardson
Assault and Batter by Jessica Beck