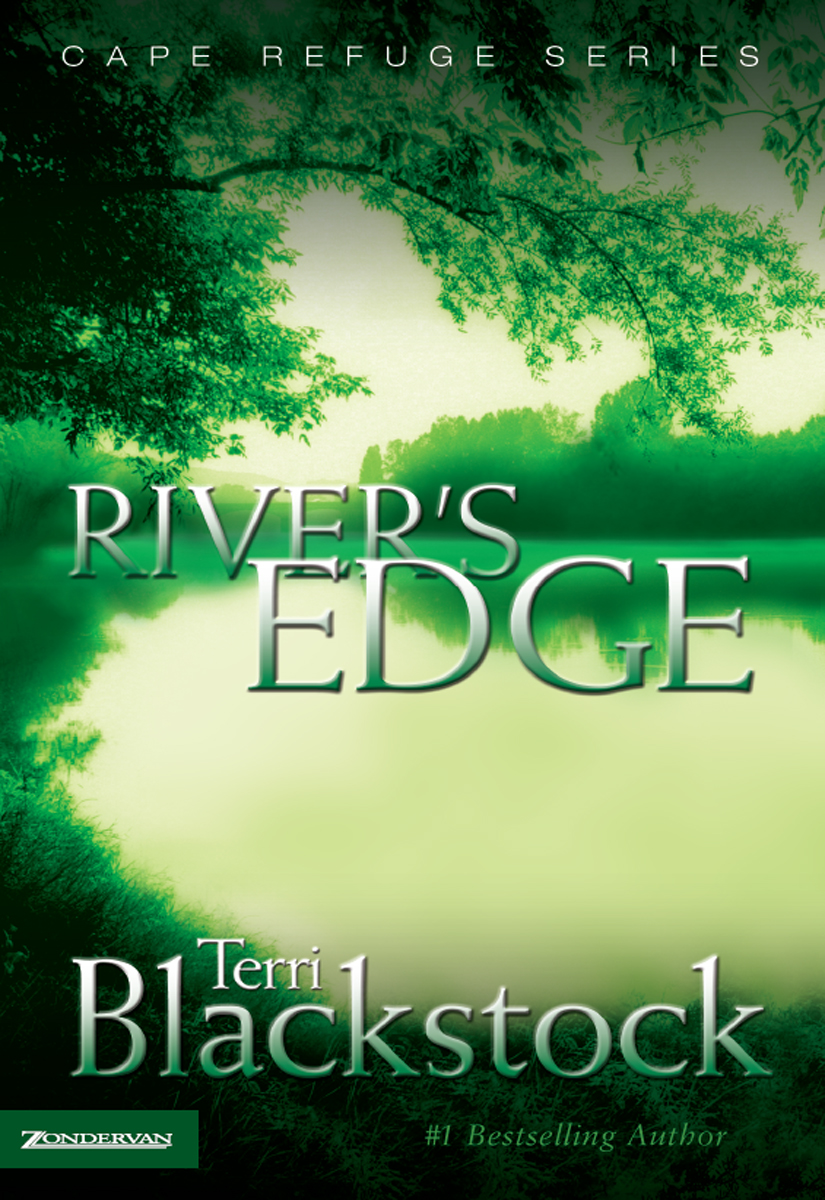 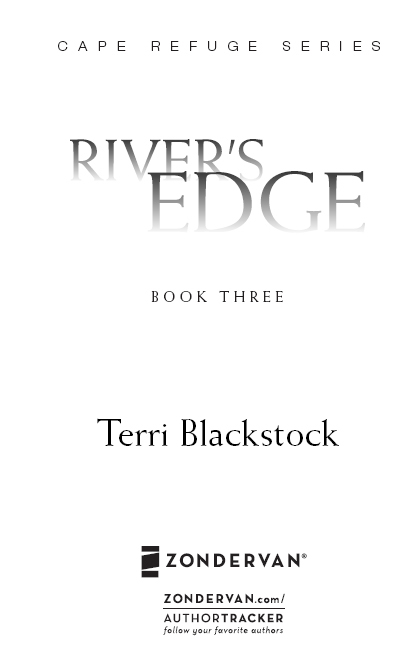 All rights reserved under International and Pan-American Copyright Conventions. By payment of the required fees, you have been granted the non-exclusive, non-transferable right to access and read the text of this e-book on-screen. No part of this text may be reproduced, transmitted, down-loaded, decompiled, reverse engineered, or stored in or introduced into any information storage and retrieval system, in any form or by any means, whether electronic or mechanical, now known or hereinafter invented, without the express written permission of Zondervan.

The examples used in this book are compilations of stories from real situations. But names, facts, and issues have been altered to protect confidentiality while illustrating the points.

All Scripture quotations, unless otherwise indicated, are taken from the
Holy Bible:
New International Version
®. NIV®. Copyright © 1973, 1978, 1984 by International Bible Society. Used by permission of Zondervan. All rights reserved.

All rights reserved. No part of this publication may be reproduced, stored in aretrieval system, or transmitted in any form or by any means—electronic, mechanical, photocopy, recording, or any other—except for brief quotations in printed reviews, without the prior permission of the publisher.

This book is lovingly
dedicated to the Nazarene

C
ape Refuge is a fictitious island which I set just east of Savannah, Georgia, on the Atlantic Coast. To research it, I spent time on Tybee Island, a lovely little beachside community outside of Savannah. Many of my ideas for life in Cape Refuge came from there.

There’s another island just south of Tybee called Little Tybee Island, an uninhabited marshland and wildlife refuge. For this novel, I turned Little Tybee into Cape Refuge, after a few alterations to the terrain and the coastline. I hope the kind people of Georgia’s coast will forgive me.

I owe a big thanks to J. R. Roseberry, editor and publisher of the
Tybee News,
for his help in my research.

E
ach book I write requires a certain amount of research, and that research often forces me to seek out experts in particular fields. I couldn’t write my novels without their help. For this book, I offer thanks to Dr. Steve Bigler and Dr. Tree James, for answering my random questions and brainstorming with me through plot scenarios. I owe a lot to Cissie Posey, who shared her struggles with infertility.

I’d also like to thank two groups of people who have helped my books reach more and more readers—booksellers and librarians. I consider my work a ministry, and I consider you to be my partners in that ministry. Thank you for all you do. 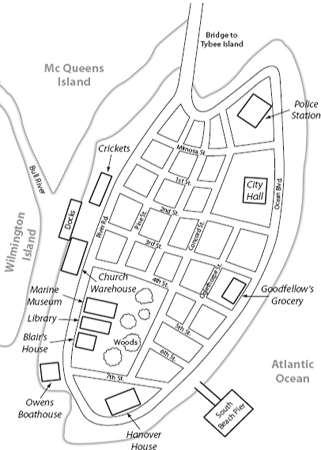 T
he cramps woke Morgan at 3:30 a.m., startling her out of a deep slumber. She’d been immersed in a dream about a little girl on a swing set, her long brown hair flowing on the breeze. She knew without a doubt that the child was the baby she was carrying.

The cramps offered a stark warning, as if her anxiety had shaped into a blunt instrument that bludgeoned her hope.

She sat up, her hand pressed over her flat stomach, and looked at Jonathan, who slept peacefully next to her. Should she wake him to tell him she was cramping, or just be still and wait for it to pass?

She had taken the home pregnancy test yesterday morning, then followed up with a blood test at her doctor’s office that afternoon. Jonathan sat in the examining room with her, fidgeting and chattering to pass the time. When the nurse came back with the verdict, he sprang to his feet, muscles all tense, like a tiger tracking a gazelle.

“Before I tell you the results, I need to know if I’m bearing good or bad news.”

Jonathan glanced at Morgan, and she knew he was way too close to calling the woman a smart aleck and warning her not to toy with them. “Come on, just tell us.”

“But do you want to be pregnant? Is good news a yes or a no?”

Before he could grab the nurse by the shoulders and shake the playfulness out of her, Morgan blurted out, “Yes! More than anything!”

“Are we going to have a baby or not?” Jonathan asked.

“Congratulations!” The word burst out of the nurse’s mouth, and Morgan came off the table, flinging herself into his arms, and they yelled like kids as he swung her around.

They agreed not to announce it until today, so they could share that first night of giddy excitement, crushing the secret between them.

They waited until Caleb, their eighteen-month-old foster child, was sound asleep, then went across the street to Hanover House’s private stretch of beach. They giggled and danced under the May moonlight, to the music of the waves whooshing and frothing against the shore. When they’d finally gone to bed, they lay awake until close to midnight, wondering if it would be a girl or a boy, and how soon they would be able to see their child on a sonogram. Jonathan held Morgan and whispered about soccer games and ballet, piano lessons and PTA.

Finally, they had both fallen asleep, and now she didn’t want to wake him. It was probably nothing. Just something she ate last night. She would have to be more careful now.

But as the moments dragged on the cramping grew worse, and she couldn’t ignore it. She folded her arms across her stomach and slid her feet out of bed. She sat up and realized it was worse, even, than she thought. There was blood.

“Oh, no.” The words came out loud and unbidden, and Jonathan turned over and looked up at her in the night.

She turned on the lamp. “Oh, Jonathan…”

He looked at her with an innocent, terrible dread, expecting something, though not clear what. Slowly, he sat up. “What?”

A sob rose in her throat as she pointed to the mattress.

For a moment they both just stared at it, the blood-spot of a dream dying.

Then he jolted out of his stunned stupor and sprang out of bed. “Are you okay?”

“I’m losing it.” The words bubbled up in her throat. “Jonathan, I’m losing the baby!”

“We’re going to the hospital. Maybe it’s not what you think. Maybe they can stop it.” He pulled on the jeans hanging over a chair by the bed.

Maybe he was right. Maybe the baby was still there, nestled in its little sac, unscathed by whatever thing had broken loose in her. Or if not, maybe the medical staff could ward off danger, stop the impending doom, give her some magic pill to make it hang on.

She quickly got dressed while Jonathan woke Sadie—their seventeen-year-old foster daughter and Caleb’s sister—to tell her of the emergency and ask her to listen for her little brother in case they weren’t back when he awoke.

Then Jonathan helped Morgan out to the car as though she were a sick woman who couldn’t walk on her own. She tried not to make sudden moves, not to walk too hard, not to cramp so tightly.

But it all seemed out of her control.

“It’s okay, baby,” Jonathan said as he drove at breakneck speed across the island. “We’ll be in Savannah in no time.”

Was it already too late? The drive from Cape Refuge to the closest hospital was too far. She cried quietly, staring out the windshield, praying that God would intervene.

Morgan’s face twisted. “Her…you said
her.”
She looked over at him and saw the tears on his face. “You think it’s a girl?”

She sobbed as he drove, her hand pressed against her stomach.
What kind of mother am I? I couldn’t keep it safe for a day?
Her tears were cold against her face in the breeze of the air-conditioner.

Jonathan’s lips moved in some silent monologue—a desperate preacher’s prayer of faith and hope—or the angry railing of a seaman who saw terror coming and believed he could head it off with enough threats. His hands clutched the steering wheel, and occasionally he reached over to touch her with fearful reassurance.

Finally, they reached St. Joseph’s, and Jonathan pulled up to the emergency room door. He got out and ran to Morgan’s side, helped her out. There was blood all over the back of her robe, and some of it had soaked into the seat.

“I need help here!” Jonathan helped her through the sliding glass door. “Please, someone help!”

But Morgan knew there was no help for her baby. It was already too late.