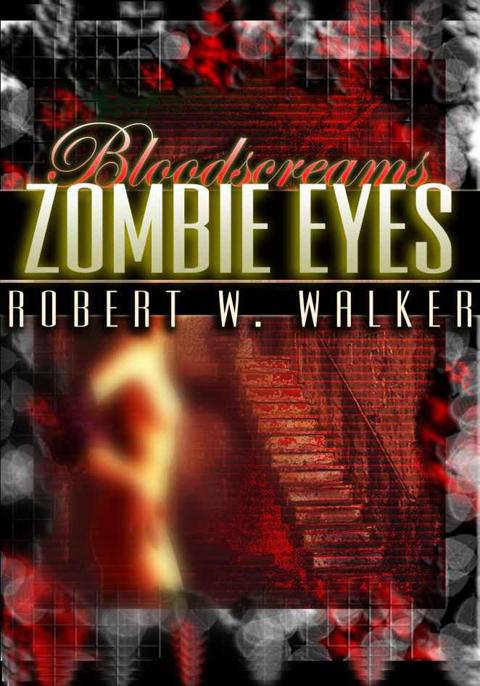 This book is a work of fiction.
Names, characters, places
and incidents are either products of the author’s imagination or used fictitiously. Any resemblance to actual events, locales, or persons, living or dead, is entirely coincidental. All rights reserved. No part of this publication can be reproduced or transmitted in any form or by any means, electronic or mechanical, without permission in writing from Robert W. Walker.

Simon Albeit
Weitzel
did not know what he was doing here in the night, standing before the pit opened deep in the earth by Gordon Consolidated Enterprises. He didn't know how he had arrived here. He couldn't recall the traffic lights or buses or trains--none of the particulars--but he did recall the sounds he heard daily, weekly, now stretching
into the second month ...
the sounds that had cost him his job and his sanity.

The sounds had begun when the old
Maramar
Hotel had been demolished and the planned Gordon Towers was begun, just after the deepest foundation moorings were dug, far below the former foundations. The noises sounded like straining, muffled voices, the cries of people sometimes. They pleaded with
Weitzel
for understanding, but the voices were in some strange language he did not know or understand. The cries came from deep within the earth below street level. Either that, or he was indeed mad, and the sounds came only from his addled brain.

Either way, he was drawn here like a somnolent zombie to its lord.

"What in God's name am I doing here?" he asked the empty, mud-packed pit below the towering buildings on either side of him. "What am I doing here again?"

There was some small similarity between the voices and the electrical pulse of Manhattan all around him with its ominous and resounding
mmmmmmmm
beating into his ears. He had always had a horrible fear of losing his hearing, and now he wondered if he ought not to pierce his own eardrums and force himself into deafness to rid himself of the cursed sound that welled up from below to drown out the city's heartbeat and
Weitzel's
own.

Weitzel
stood just outside the periphery of the construction site, his nerves quivering with anticipation and anger and frustration all at once, a mix that threatened to send his already high blood pressure off the charts. His doctor had told him no more,
Weitzel
...
No more can you do this thing to Ida ... to yourself ... No more can you go down there and look and look and wait for this thing to happen. It will kill you.

Yet
Weitzel
was drawn to the construction site like an addict to sense the
ommmmmmm
of it all, the sounds no one else heard, the voice no one else heard. It was all here, going undetected in the middle of New York City, an ancient wonder that these fools that worked like automatons over the supports of yet another tower to the sky could not sense. Only Simon
Weitzel
could sense it.

It had begun on March 14 when he was walking past from his job at the travel agency. Like many others on lunch break that dreary day, he had stopped to examine how the work was going at the construction site for what the builders were saying would be the world's tallest building, a twin towers complex of offices and condominiums being built by one of the richest men in the world. Sir Arthur Thomas Gordon III's monstrosity was said to require the deepest set pylons that had ever been sunk into the earth, as it was to be made earthquake-resistant as well as exceedingly tall. At the top Sir Arthur would have a suite that he might come to whenever he was continent-hopping.

Weitzel
and others were taken with the sheer, cavernous size of the hole in the earth, in the heart of
Manhattan, that
these men had dug. It seemed to him that the ugly insult to the island might be the final
straw, that
something terribly wrong might come of it. It had been just a passing thought, and yet it festered and festered, bringing
Weitzel
back again and again to stand for hours staring down into the enormous maw the machines had created. He did so by means of little windows cut from the restraining walls of wood and metal that formed an efficient barricade here.

It became an obsession.
Weitzel's
employer packed him off after tardiness had become absences for days at a time.

His wife hammered at him to stop talking about the hole in the ground, and his children and grandchildren ignored his concern, thinking him odd. Simon began spending more and more time at the construction site, so much so that he became a regular fixture, and he got to know many of the workers. He began to warn them that they must not go any deeper into the earth. They laughed at him.

Then one day
Weitzel
found a way down into the pit. He didn't know why he climbed the barrier after the workmen came through. It was foolish by day to do so. He didn't get far before he was grabbed and held for the police, who escorted him away. The trouble and embarrassment and expense were almost unbearable for a man who had respected the law all his life and had not before seen the inside of a police station except on TV and in movies.

Weitzel
spoke to his doctor about it, confiding for the first time to anyone outside of the family that he heard strange noises coming from the pit.

"It's the sound of the heavy machinery," said Sydney
Baen
, his doctor and friend of many years.

"Echoing from off the metal walls, those pile drivers, Simon.
Simon--"

"Simon, have you ever lain in bed at night on a perfectly still night after watching a movie on television and you kept hearing voices after the set was turned off? Radio voices, like? Have you ever heard the hum of the house at night, the electrical pulse of the house? This thing with the hole in the ground, Simon, believe me--"

"
Goddammit
, Sid! It's not outside of me! The sounds I hear, they are inside of me."

"Warning you of what? Enticing you toward what?"

There was a long silence between them until Sydney cleared his throat as he considered his words carefully. "Simon, I have a friend who is also a doctor. I would like you to see him."

"You think I'm crazy, Sid?" Both the way that he asked it and the desire behind the question told Sid that
Weitzel
was sincere. "If I'm going out of my mind, Sid, I want to know, and I want to know what I should do."

"For me,
Marchand
will reduce his rates ... Not to worry."

What
Weitzel
got from
Marchand
was the same advice that he had gotten from his wife: stay away from the source of irritation. Stay completely clear of this pit. But here he was, and he was unsure just how he had gotten here, by cab, by train, by foot? He didn't remember leaving the house, and it was pitch-black outside and his watch read 3 a.m. He didn't understand why he was here, but he knew he had been drawn back, just as before, only this time there was no one else around.

Weitzel
found the entryway, on his guard for anyone who might be watching the place. There was a trailer some hundred yards off with a light in it, a watchman inside with coffee or cocoa, no doubt, as the air was chill, near brittle.
Weitzel
ignored the ache in his legs, ignored the unreasonable action he was taking and the cold as he scaled the fence. Some power source had drawn him here from his home in Brooklyn. It was so powerful that it had somehow lodged in his brain and had gotten him up and dressed--
had Ida been witness to his leaving?
--gotten him across town and was now getting him over a rickety fence covered with Gordon Construction signs that seemed more permanent than the barrier itself. Some power beyond
Weitzel's
control drew him down into the pit.

Weitzel
moved forward feeling he had no choice. Whatever this thing was, he must see it through. No one outside of the fence had been the least help to him. As he moved ever closer to the deepest level of the construction area, Simon
Weitzel
passed silent machines that stood like sleeping bovines about him; he passed layer after layer, finding it mind-boggling that they'd persisted in digging so far, so deep. Architects must have required the pylons to be fitted at something like six hundred and fifty feet, if not more. Far below the sewer lines and the underground rail lines, and even the tunnels that ran between Manhattan and the mainland.

Weitzel
found the blackness closing in all around him, but in the distance he saw what seemed like some strange, green firelight. It was the source, he told himself ... the source of all his months of grief. He heard the
ommmmmmm
of life here, like the pulsating electricity that would one day run through the building those fools proposed to build over this ... this thing. He heard the voices in his head struggling for dominance.

Weitzel
did not know anymore what he should or must do, but he did know that there was only one way to get an answer to the mystery plaguing his life. With the will and determination that had characterized his forefathers,
Weitzel
moved toward the green glow at the very deepest trailing of the tunnel. He passed concrete posts already embedded in the bedrock as he did so.

When he reached the light it had disappeared, sending him into total darkness. He stood, shaking, fearful and trying to ward off the incredible odor with a mere handkerchief when the light reappeared, diffusing all around him and entering him through every pore and fiber of his clothing and his being.

Now in his head he heard laughter, dizzying, bantering and then teasing laughter like that made by a man in the throes of sex. The laughter was in him and it came out through his throat. It was loud and brazen now and
Weitzel's
body glowed in the cavern like a green lantern, until suddenly something shouted that was not inside him, but outside and coming toward him. It was the watchman who was railing.

Shadows in the Cave by Meredith and Win Blevins
Betrayal by Fern Michaels
Black Cat and the Accidental Angel (Black Cat Mysteries Book 3) by Elaine Faber
Night Visitor by Melanie Jackson
Dear Rose 3: Winter's Risk by Mechele Armstrong
Here Shines the Sun by M. David White
The Howling III by Gary Brandner
The Legatus Mystery by Rosemary Rowe
Everything I Shouldn't / Everything I Need by Stacey Mosteller
The Last Revolution by Carpenter, R.T.