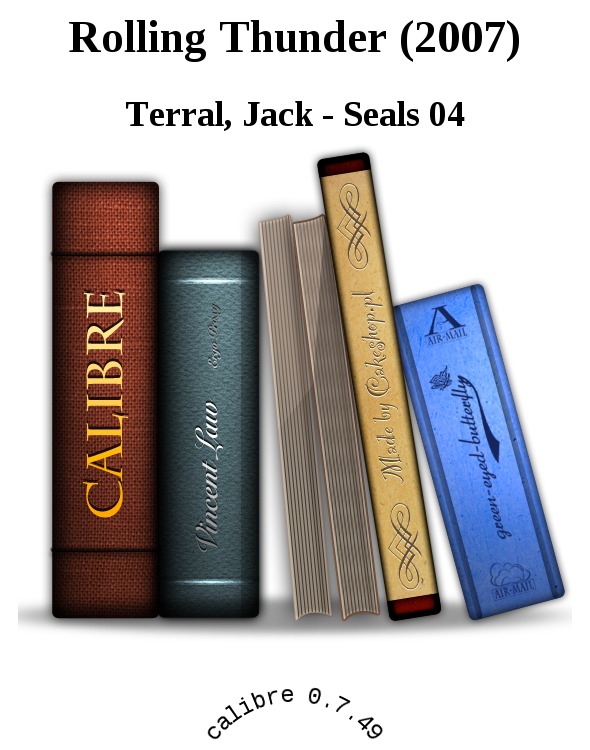 The exchange of machine-gun fire built up in intensity, the choppy detonations echoing off in the desert sky. Brannigan ordered the vehicles to the west side of the defensive perimeter to find good fighting positions. Transmissions over the headsets came hot and heavy.

This is Red One. I can count twenty of the bastards. Out.

This is Green Three. They are starting to curve around our right flank. Out.

This is Red Three. Same on our left. Out.

This is Command One, Brannigan said. Section leaders, spread your vehicles out to avoid letting the enemy outflank us. Out. Then he turned his attention to the DPVs out on watch. Hey! You goddamn three blind mice, what're you doing out there? Sitting around with your heads up your asses?

The first reply came from Mike Assad. Command One, nobody's slipped through this position. Command Three and Green Two gave the same reports, the dismay evident in their voices even over the radios.

Alright, Brannigan said. Get your asses in here and come in shooting!

When you're writing an OPORD, you gotta take into consideration every single thing the enemy can pull on you. Then jot down what you got to do to screw up the rat bastards no matter what kind of crap they try.

FOR the previous several weeks, Brannigan's Brigands had had most of the ship to themselves. Aside from the regular crew, the only other troops aboard were a collection of USMC Force Recon scheduled for deployment to Iraq to support a classified operation in the vicinity of the Syrian border. Additionally, a group of three Osprey helicopters, along with their pilots and crews, were more or less camping out while awaiting reassignment. Because of this dearth of population, the ves-sel's passageways practically rang hollow from the emptiness.

The SEAL detachment commander, Lieutenant William Wild Bill Brannigan, was short a couple of men himself. Petty Officer Arnie Bernardi had been deployed on TDy to an orientation program in Kuwait, while Petty Officer Raynauld Pecheur had to go home on emergency leave to take care of some family problems that resulted from the latest storm in Louisiana. That pair of absences left Brannigan a total of one officer and sixteen petty officers present for duty. All were now growing antsy after the long period of shipboard confinement.

The USS Dan Daly, LHX-1, was now a permanent assignment for the Brigands. She was the newest vessel in the United States Navy's amphibious assault inventory, having been designed and built in a concept so new and untried, the Navy couldn't decide whether to put an A for general purpose or a D for multipurpose on her designation. Thus, a temporary classification of X for test and evaluation was still being used even after several months of service.

The USS Dan Daly's length was 390 feet, beam 55 feet, displacement 20,000 tons, and speed thirty knots. She boasted a floodable docking well that could accommodate one LCM-6 landing craft at a time she carried a pair of these and had parking space for eighty track and wheeled vehicles. The SEALs' ACV Battlecraft was also aboard, but was now only being given PM and taken out for short runs to keep her engine and transmission in tune.

The Daly was an aircraft carrier along with her other missions, but because of her petite configuration, she was not designed for fixed-wing takeoff and landing operations. However, her flight deck could accommodate up to a dozen troop-carrying helicopters.

The ship was aptly named after another pint-sized warrior, Gunnery Sergeant Dan Daly. The gunny had been a five-foot, six-inch-tall United States Marine dynamo who won two Medals of Honor. One was awarded in China during the Boxer Rebellion in 1900, and the other was pinned on his chest fifteen years later during counterinsurgency operations in Haiti. He was also known for his bravery in World War I when his unit faced an overwhelming number of Germans in the Battle of Belleau Wood. During a particularly hairy moment, he leaped to his feet and ran toward the enemy, shouting to his men, Come on, you sons of bitches! Do you want to live forever?

Evidently, none of them did seek immortality, because they gave lusty cheers and followed him into enemy fire.

THE volleyball game between the Brigand's two assault sections had been the usual violent encounter with elbows and fists being driven into bodies during the hot action close to the net. Normally, Brannigan, his 2IC Lieutenant Junior Grade Jim Cruiser, Senior Chief Petty Officer Buford Dawkins, and Chief Petty Officer Matt Gunnarson would have been among the participants in the bruising competition. But they had been summoned to a special briefing with Commander Tom Carey and Lieutenant Commander Ernest Berringer. Thus, while the rest of the detachment were doing their best to pound and pummel each other into defeat, their leaders were seated in air-conditioned comfort in the company of the staff officers.

Carey and Berringer were not stationed aboard the Daly. Although they shared office space on the ship, they were assigned to the USS Combs, an unobtrusive DDG that was a floating and very clandestine SPECOPS command post. She maintained almost total anonymity by sailing within the formations of carrier battle groups, seemingly employed on routine duties. Carey served as the N-3, while Berringer took care of the N-2 duties for all special operations that were launched from the Daly. Only a scant hour before, they had arrived from a mission briefing aboard the Combs that would affect Brannigan and his men.

Upon their landing aboard the Daly, Carey and Berringer had immediately sent instructions for the senior members of Brannigan's Brigands to report to their shipboard office. Carey, as soon as the four SEALs arrived, opened the meeting in his usual terse, businesslike style:

You're going on an operation.

BRANNIGAN stepped out on the flight deck with Cruiser, Dawkins, and Gunnarson just behind him. The quartet surveyed the volleyball game, arriving at just the right moment to catch sight of Bruno Puglisi jumping up and hitting Joe Miskoski on top of the head with the edge of a closed fist. At that same exact instant, Miskoski slammed Puglisi in the midsection. Both collapsed to the deck, lying on their backs and staring up into the sky.

Mike Assad, about to serve the ball, yelled out, Hey! You two guys get on your feet. Nobody called a ten-minute break that I know of.

Puglisi, the breath knocked out of him, managed to roll over on his stomach and get up on his hands and knees. Uh . . . uh...glug...

Senior Chief Petty Officer Buford Dawkins bellowed so loud, the chopper crews on the aft deck turned to look at him. Secure the game! Up to the isolation area! Move it!

The SEALs responded immediately. Assad, still holding the ball, headed for the island with his best buddy, Dave Leibowitz, at his side. Meanwhile, Garth Redhawk and Chad Murchison grabbed Puglisi under the arms and hauled him to his feet. Miskoski was as well served by Milly Mills and Pete Dawson. The group left the flight deck under the amused gazes of the officers and chief petty officers.

SCPO Buford Dawkins' voice boomed across the compartment as he called the detachment to attention. Everyone immediately slid from their chairs, snapping-to and locking their heels. The two exceptions were Bruno Puglisi and Joe Miskoski. Puglisi, still breathing with some difficulty, slowly got to his feet, while Gutsy Olson grabbed the back of Miskoski's collar and hauled him to a standing position.

Brannigan led the way in, followed by Commanders Carey and Berringer with Jim Cruiser. The SEAL officers continued on to the back of the compartment while the staff officers remained at the front. Carey nodded a greeting to his audience, saying, Take your seats. As soon as everyone was settled, he went directly into his spiel. You are going into Afghanistan to participate in Operation Rolling Thunder. The mission statement is as follows: You will conduct security patrols utilizing DPVs in the OA. He paused a moment before continuing. This is a cut-and-dried routine that is about as complicated as a kitchen match. Maybe even less so. In effect, you are there to 'show the flag,' as the old saying goes. Therefore, there will be no briefback. You are to fly from here to Station Bravo in Bahrain. I believe you launched your first operation from there as a brand-new platoon. You will board a C-One-Thirty at that location for a flight to Shelor Field just outside Kandahar.

Chief Matt Gunnarson raised his hand. Will them DPVs be going with us, sir?

Negative, Chief, Carey replied. There are nine of the vehicles already waiting for you. They were flown into Shelor three days ago.

Excuse me, sir, Frank Gomez said. You said we'd be doing security patrols in an operation called Rolling Thunder. Who else is gonna be in the OA with us?

You'll be by your lonesomes, Carey said.

Que huevos! Gomez said with a laugh. Rolling Thunder makes it sound like the start of World War Three.

Carey was not amused. I thought up the name myself.

And a good name it is, sir, Gomez said. Real emprendedor and osado!

I'm glad you approve, Petty Officer Gomez, Carey said dryly, not wanting to find out what the Spanish words meant. To continue then. Your duties, as I said, are quite straightforward. You are going to patrol the area and nose around. There's not much going on, but an outside chance always exists that something interesting might happen.

Berringer added, But not much of one.

Commander Berringer is correct, Carey agreed. But what the hell? It's better than sitting on your asses aboard the Daly. You'll be out and about, so to speak.

How big is our OA, sir? Doc Bradley asked.

Approximately 140 by 275 miles, Carey answered. It's a total of 38,500 square miles. Not really all that large for a motorized operation. Commander Berringer will give you all the details on the terrain. He shuffled through his notes. Have you all had experience with DPVs?

Mike Assad stood up. Only me and Dave Leibowitz, sir. We went on an orientation and familiarization course at the China Lake Naval Weapons Center a little more'n a year ago.

Okay, Carey said. He pulled some literature from his briefcase. Here's some photos and data sheets on the vehicles. Pass these around. As the material was distributed through the detachment, he continued his discourse. The DPV, i.e., desert patrol vehicle, is simply a very aggressive dune buggy, okay? It's one more piece of evidence that the SEALs will not be keeping one foot in the water as is traditional with past operations. They have two-wheel drive and because of their mission have a ground clearance of sixteen inches. Normally, they are manned by three men: a commander, driver, and gunner. But since you guys aren't exactly an armored brigade, Lieutenant Brannigan is going to have to reconfigure crew assignments.

Joe Miskoski's head had now cleared enough for him to ask, How're they armed, sir?

You'll have a single M-Two fifty-caliber heavy machine gun mounted behind and above the front seats, Carey explained. That's the gunner's position, from which the intrepid lad will fight the enemies of democracy and defend the American way of life.