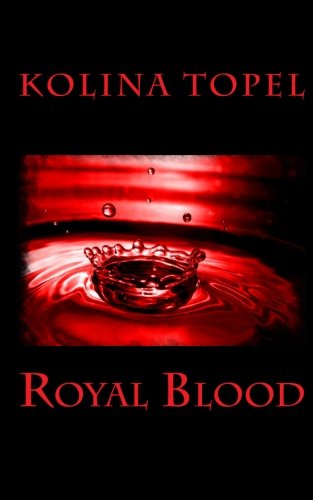 For my children, Kailey and Austin. Thank you for making every day an adventure.

A very special thank you to Emily
Joncas, for editing all of my mistakes (there were many), and standing beside me through months of “It’s not perfect yet” moments.

Alicia Dixon and Felicia Topel for being my guiding light, inspiration, and, at times, my motivation.

I have lived all over the country, never staying in one place for more than a year and often less. I’ve met endless brands of people, studied different religions and hovered in several social circles, but I always wound up back in the one place I never really wanted to be—New Albany, Indiana.

Not that I don’t like the place I most often called home, it just felt empty like most other places do. I suppose it has its perks though. It is small enough to be considered “small town
,
” yet close enough to Louisville that there is usually
something
to do. There is one big reason that I always come back though—my mother.

My mother had traveled the world for several years before I was born. She is a very spontaneous woman who has a constant yearning for something and someplace new;
driving tour buses for cruise lines in Mexico, training race horses in Florida, parasailing in California. She is much more outgoing and carefree than I have ever been. She settled down in New Albany some years before I was born and eventually met a man named Michael who would become my stepfather. He had two daughters of his own—Amber and Elizabeth. I’ve never met my real father. I was told he left when I was a baby.

Shortly after graduating from high school, I moved out of the house where my mother had raised me through all of my teen years, yet after three years of constant moving, my heart again began to yearn for home, for Mom, so I moved back.

This is where my story begins. This is when I became who and what I am—or at least figured it all out. It’s how I lost those close to me and discovered the truth about my past.

I was working a second-rate job at Wal-Mart and had been there for almost a year, making not much better than minimum wage. That didn’t bother me as much as my boss, Linda, who always seemed intent on making my already long shifts hell. Unfortunately, I usually got stuck with second shift.

It was mid-January, which meant it was freezing cold outside. New Albany amazingly has absolutely freezing winters, even though there isn’t always a ton of snow. I stepped outside of
work after a grueling eleven
-hour shift and looked at my watch, 8 p.m. already—too late to call Mom for something to do.

I snarled at the cold as I walked to my car, and I finally began to realize I hadn’t eaten since lunch (thanks Linda). I decided to stop at the bank and take out ten of
the last thirty or so dollars
I had to my name to get some fast food before going home to my food-barren kitchen.

When I pulled up to the ATM to check my balance and reached for the slip of paper out of the machine, my mouth dropped almost as fast as the paper fell out of my hand. The balance—it wasn’t thirty dollars like I had expected. It was $674, 389!

Same thing, $674,389. I couldn’t breathe. I don’t know how long I sat there, seconds, minutes, maybe longer, but finally someone behind me honked, though I didn’t see any headlights approach. The horn scared me, and I took in a breath
,
feeling dizzy from the lack of oxygen to my brain. I took out my card again, not daring to touch any of my, er,
that
money, and I put the car in drive.

I didn’t close my mouth all the way home. I pulled into my spot and shut off my car. I just sat there. I don’t know how long. I
think I forgot how to move my legs. Not until my teeth started chattering so violently they could have woken the dead did I regain composure. Was I cold? Huh. I couldn’t feel anything.

I sat there for a while
longer. I closed my eyes and laid
my head back to try to think.

Was this even possible? Where did it come from? What was the mistake? It had to be a mistake, obviously, but who in their right mind would misplace half a million…
.
I couldn’t even think it.

I would have to straighten this out. I would go to the bank tomorrow and—crap. It was Friday. My bank wasn’t open on the weekends.

“
Breathe,” I told myself. And my mind was blank again.

Tap, tap, tap, tap. I jumped so hard my head hit the roof of the car with a thud. “Ow.” I looked out the window and saw Greg, one
of my neighboring tenants, staring at me like I was insane. I might have been. I must have fallen asleep. I heard him mumbling through the glass, so I rolled down the window.

I looked around not having yet noticed the sky was lighting up just enough to know I’d slept there all night. Greg waited, but I forgot he was there before I even got the next thought in my mind.

I must have been dreaming. There is no way I—

“
Well maybe you should go inside. It’s freezing out here and uh, you don’t look so good.”

I got out and walked to my door, not saying another word. I could still feel his eyes boring into my back when I reached it. I walked into my chilly apartment (though it usually felt so warm to me) and shivered involuntarily when I walked in. I took off my jacket and shoes and walked to my bedroom, still too dazed to even think about the uh… mishap from yesterday and fell onto my bed with a loud thud. I stared at the wall until I finally fell into a restless and uneasy sleep.

It was dark, too dark. I had no idea where I was. I didn’t recognize any of the buildings around me. There didn’t seem to be anyone else in this small clutter of dirt roads and concrete buildings. No lights, no sounds, just nothingness. It was even darker outside the almost perfect oval shape of the city. Trees maybe? I couldn’t tell.

I called out in a weak voice, “Hello, is
anyone there?” Silence. I turned around and was startled by a little girl standing about ten yards in front of me. She looked no more than about
seven
-years old, but it was dark, so I could barely see her face. She had on a black robe that was shadowing her face and drowning her body.

She did not respond, so I inched my right foot forward and began to hold my hand out to the child. I stopped abruptly when she raised both of her hands to her hood and pulled it back. I gasped and stepped back when the f
ace she revealed was mine. Me, seven
-years old.

Seeing my subtle movement, the little girl opened her mouth slightly. The voice that came through was not one I recognized. It
was not
the voice
of the sweet innocent face I stared at. It was the voice of a man, and he said
three words;
“It is time.”

Before I could even close my mouth, the little girl’s eyes turned blood red and she lunged right for me.

I don’t know if I
woke from being rested or from the piercing scream that hurled up my throat. Something cool and wet was on my face. Tears.
Tears?
I don’t cry. The last time I cried I was
eleven
-years old and my grandfather had just passed away. Papaw and I were very close. His death had been very hard for me.

“
That dream was so real…” I sobbed, though to whom I was talking to I was not absolutely sure. I sat with my arms around myself until the tears seemed drained, and a few moments later I sighed, disgusted with myself.

I
w
a
s
a reasonable person, never one to believe in all the horror stories and fantasies so many people get lost in. I
w
a
s
above that nonsense. Yet, here I was, crying like a baby over some dream. I had to snap out of it. I wouldn’t think of the dream again. I was sure.

I got up and went to the bathroom to wash my face of the traitor tears that still lingered there. Looking at my face in the mirror brought the dream back, brought her back, brought me back. I shuddered. What time was it? 10 a.m. already? I was supposed to have lunch with Mom at 11:30. I glanced in the mirror one more time, afraid of what I might see.

I told the girl in the mirror, “Get a hold of yourself,” and with that one simple statement, I put the dream, and the girl (I refused to think of that red-eyed monster as myself again) behind me and started my day.

“
Shower first, and then I’ll call Mom,” I stated.

Out of the shower, I looked at the girl in the mirror and sighed. I still didn’t understand why at
twenty two
years of age I had yet to find my place in the world. I had done my fair share of “soul searching
,
” as they call it and had a strong sense of who I was, but I never knew many people that understood me. Of course, that was until I met Alex.

Alex and I had been friends since I was about thirteen. We were friends instantly, which pleased me immensely. Some bully at school felt it was a good idea to make fun of my ears, and Alex decided to make fun of his nose…. after he punched him in it. We were pretty much inseparable after that.

Even as a child, he was the most beautiful person I’d ever met, inside and out. He still is. It wasn’t until I came back about a year ago though that he had revealed his feelings for me. Just the thought of it brought a smile to my face.

A Cowboy For Christmas (A Copper Mountain Christmas) by Garbera, Katherine
Conflict of Interest by Allyson Lindt
Alicia by Laura Matthews
Una vida de lujo by Jens Lapidus
Hole in the wall by L.M. Pruitt
The Dying of the Light: Interval by Kristopher, Jason
Saints and Sinners by Shawna Moore
Dead Secret by Janice Frost
The Return of the Discontinued Man (A Burton & Swinburne Adventure) by Mark Hodder
Coplas a la muerte de su padre by Jorge Manrique