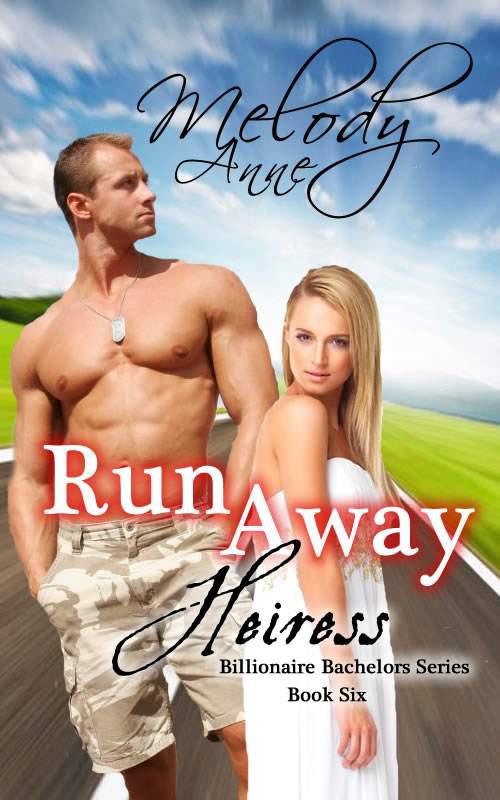 Family comes first in the continuation of

All rights reserved. Except for use in any review, the reproduction or utilization of this work in whole or in part in any form by any electronic, mechanical or other means, now known or hereafter invented, including xerography, photocopying and recording, or in any information storage or retrieval system, is forbidden without the written permission of the author.

This is a work of fiction. Names, characters, places and incidents are either the product of the author’s imagination or are used fictitiously and any resemblance to actual persons, living or dead, business establishments, events or locales is entirely coincidental.

Printed and published in the United States of America.

This book is dedicated to Stephanie. What fun adventures we’ve had together. I’ll never forget Canada and driving across the border with barely any money and no directions. I love you to pieces and we will forever be in the dg club ;p

Note from the Author

Creating a book takes far more people than just myself. I could never do this without the help of my family, friends and the supportive people I’ve met along this journey. Thank you to all of you who have read and re-read this manuscript, trying to make sure I haven’t left holes in the story, or wrong names. 

When reading another author’s book, it’s easy for me to catch the errors, but in my own material, it’s easy to overlook, because I know what I want it to say, so I’ll just read it that way. Thank you Nikki for your countless hours of editing and for being so great as to tell me when something really sucks and I need to up my game.

Thank you Patsy, Phoenix, and Lucille for my desperate demands of reading my manuscript and for catching errors. Thank you so much for believing in me.

Finally, thank you to my fans. You are the reason I’ll stay up all night to finish something. You are the reason I love my job so much. Your letters and messages of encouragement and pleasure in my stories inspire me to be a better writer. I love Facebook and getting to talk to all of you. I love twitter and all these amazing forms of communication.

Thank you for your reviews, yes, even the negative ones. I’ve been able to make changes based off of what you want. The bottom line is that without my fans, it doesn’t matter if I write. If no one was reading these stories, they’d be nothing more than words on paper. Thank you, truly from the bottom of my heart.

I hope you enjoy this newest installment in the Anderson Family. This is a much different story than my usual romance. I was wanting a little bit of an adventure. I hope you enjoy Chad and Bree’s story.

*The Billionaire Wins the Game – Book One

+The Tycoon’s Revenge – Book One

-Midnight Fire – Rise of the Dark Angel – Book One

Molly (her niece, they adopt)

Austin Anderson marries: to be announced

“Rummy,” George called as he laid his cards on the table and grinned at his brother. They were both competitive by nature and always trying to one up the other but it never caused hard feelings.

“That’s the third game in a row. I think you’re cheating somehow,” Joseph said while he eyed his brother.

“Don’t be a sore loser,” George replied, then stood and headed to the bar to poor each of them a drink. “What do you want?”

“I’ll just have a sprite on the rocks. Damn Doc said nothing harder than carbonation for me until my blood pressure comes down,” Joseph mumbled. George poured Joseph a sprite and himself a nice glass of aged whiskey. He received a glare when he sat down, sipping it in front of Joseph.

“Quit glaring, I’m not the one with the medical problems,” George said with a laugh. Joseph shrugged his shoulders and sat back. It was late and Katherine would be expecting him soon.

“Make any headway with Bree, yet?” Joseph asked.

“I don’t know what’s been going on with her lately. She’s restless. If only she’d settle down,” George trailed off.

“You know Chad’s back home.” Joseph let his sentence sink in.

“Mmm, definite possibilities there, that boy can’t be easily intimidated,” George replied as the wheels in his head started turning. Bree could barely look at a man before her brothers scared him away. Now, Chad wasn’t only strong, but had been friends with Mark and his brothers since they were kids. He wasn’t easily pushed around and George had a feeling he could put up with a lot without breaking.

“Maybe it’s time we have a family dinner, a nice welcome home party for Chad,” George said, his eyes lighting up. He was afraid Bree was pulling so far away from him he’d never get her back. He’d also received some worrisome letters, lately. Most of the time his security staff assured him hate mail was harmless, but one particular type of letter had come in repeatedly. They feared it was from the same person… and the man wasn’t backing down.

“I think you’re right. We’ll have dinner on Friday,” Joseph agreed. The two men made plans long into the night, their spirits rejuvenated with another matchmaking mission on the horizon.

“It’s so good to have you back, Chad. Are you home permanently?”

“Yes, It’s time for me to retire from the military and settle down,” Chad answered Joseph. They were sitting in Joseph’s inviting den, catching up. Chad had been out of the country more than in it over the last twenty years. He’d joined the military right out of high school with his missions being top secret, he wasn’t often able to talk to his friends for months on end.

“I’m glad to have you home,” Mark said. He’d missed his friend. He knew Chad was dealing with a lot of demons, but hopefully being around friends would help.

Chad and Mark had a lot of similar features, both tall with dark hair and blazing blue eyes. When they’d been younger, they had used those similarities when on the prowl for women. Chad was virtually a third brother to Mark.

Chad had originally joined the army right out of high school, but after five years and several successful missions, he was recruited by the Special Operations Group to be a SEAL. He’d only been twenty-three at the time and excited to be called up. After a couple years, he’d become secretive.

Then about ten years ago, he’d closed up completely. They knew he was involved in top secret missions and they knew his life was always on the line, but they couldn’t do anything to stop it. All they could do was offer their support when he came home. They were grateful he’d decided to retire.

Mark spent six years in the reserves. He’d thought about making a career out of the military, but he’d changed his mind. He had too much love for the land and his personal freedom. He knew you either gave your all, or nothing. Those men depended on each other to stay alive.

As he watched his friend, he almost wished he would’ve gone with him. Maybe then Chad wouldn’t have so many demons to fight.

Whatever his last mission had been, it hadn’t been pleasant. Maybe someday he’d open up about it.

“It’s time,” Chad replied before taking another sip from his bottle.

“Time for what, Chad?” Mark asked.

“That’s what I wanted to tell you. I purchased that ranch, south of your place. Everything closed a month ago but I wanted to wait until I saw you to say anything,” Chad answered, his face breaking out in a smile for the first time that evening.

“Seriously? That’s great! I was thinking about obtaining that piece of land but they told me someone already had it. They wouldn’t say who, though,” Mark exclaimed. He’d been upset when he found out the land was purchased without being placed on the market. He’d asked the previous owners to give him first choice, but the cranky old man who owned it said Mark had enough land and didn’t need any more. Mark hadn’t fought him on the matter but he’d hoped to one day own it and expand his ranch further. He no longer cared, though because he’d much rather have Chad as a neighbor than add acreage he really didn’t need.

“You remember Jed? He was friends with one of the kids of the old man. He told me the guy wanted to move to warmer weather so I jumped on it. I need something physical to keep me busy. D.C. offered me a desk job, but there’s just no way,” Chad said with excitement.

“Hell yeah,” Lucas jumped in the conversation. “I’m thinking I’ll be out with you guys instead of locked in the office all day.”

“I’m not coming out of retirement so don’t plan on staying out there too much,” Joseph said with a glare directed at his oldest son.

“Wouldn’t dream of it,” Lucas answered with a chuckle.

“Now that you have the land, when are you going to fill it up with kids?” Joseph asked, making all the men groan.

“There’s nothing wrong with marriage and kids. Half of you in this room are already taken, so quit the groaning,” George jumped in.

“I’m not as easily lassoed as these guys, so back off,” Chad said with a chuckle, though he eyed Joseph for an extra second to make sure he knew Chad didn’t want him playing matchmaker. He had a sneaking suspicion the old man had something to do with the marriages of his kids and nephews. George and Joseph were twin brothers and had got the idea into their heads that life wasn’t complete without a whole herd of grandchildren climbing all over him.

Chad wasn’t one of their kids, but being best friends with Mark made him a prime target. He could practically feel the arrow aimed straight towards his chest.

“I don’t know what you’re talking about, boy, but a good woman to warm your bed at night isn’t the worst thing,” Joseph said.