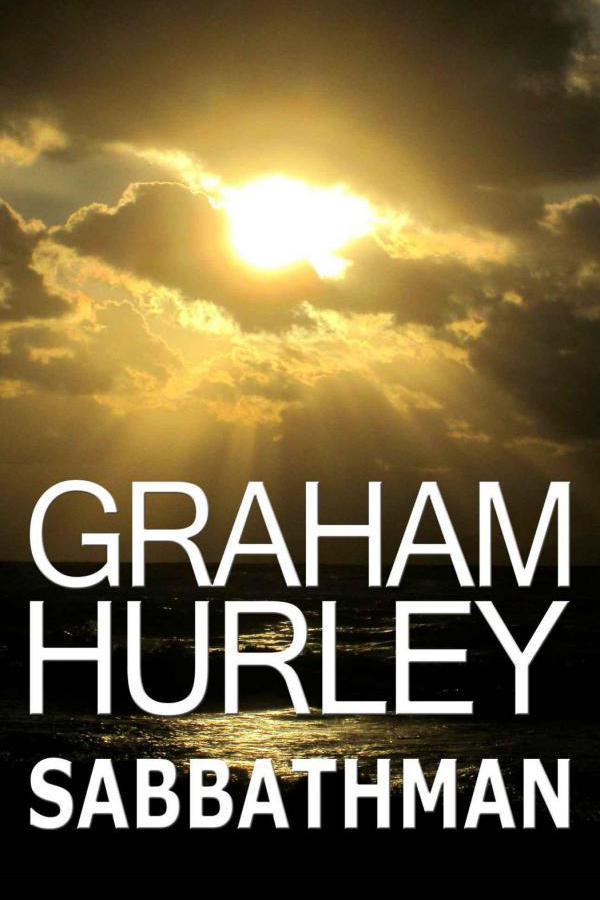 for Bill Scott-Kerr
with gratitude, love, and lots of laughter

They were making love for the second time when she heard the door open. At first, she made nothing of it: a small, domestic noise, the cat perhaps, or the last of the gale that had kept her awake most of the night.

She looked up at Max, expecting a reaction, but his eyes were closed, his face contorted, the usual half-grimace, an expression that always reminded her of a child wrestling with a particularly difficult sum. She lay back, fitting herself more closely to him, letting her own eyes close.

The noise again. Someone in the room. Definitely. She opened one eye. A man stood by the bed. He was slight, not tall. He was wearing jeans and a white cotton shirt. The eyes behind the ribbed black balaclava were watching her, the palest blue she’d ever seen. He had leather gloves on. He held a gun.

She gasped, and tried to scream. Max, getting it wrong, began to climax. She stared up at the man, numb with shock, trying to interpret the movement he was making with the gun, the tiny sideways gesture. Then she understood. He was telling her to move over, to get out of the way. He’d come to kill Max. That was why he was standing there. That’s why he’d brought the gun.

She began to squirm, trying to wriggle free, but Max was on the edge now, pressing down on her, panting and panting. She dug her nails into his back, a voíceless warning, feeling his body stiffen, and all the time her eyes never left the man by the bed, the way he held the gun, quite still.

When the noise came, it was infinitely soft, a gentle phut, Max’s long body collapsing limply onto hers, the pillow beside her face
suddenly wet with blood, and tissue, and fragments of bone. The gunman fired again, Max’s body jerking with the impact, and she lay still a moment, not believing any of it, the strength in her arms quite gone. Then she began to ease the deadweight of Max’s body, trying to lever him sideways. Finally she managed it, struggling upright on the bed, cupping his shattered skull in her lap, looking desperately for the man with the gun, not finding him.

Kingdom stood in the tiny lavatory, ridding himself of the remains of lunch. He’d been drinking in the Eagle at the top of the road, the first time he’d been up there since he’d moved back home, and he’d almost forgotten how dour and gloomy English pubs could be. Belfast had its compensations. And one of them was laughter.

The phone began to ring downstairs. He listened for a moment or two, curious to know whether his father would answer it. When he didn’t, Kingdom backed out of the lavatory and went down to the phone himself. The phone was in the lounge. Overhead, in his father’s bedroom, he could hear the old man pacing up and down again, three steps one way, two the next, patrolling the oblong of threadbare carpet. From time to time he’d pause and there’d be a low mumble of conversation, one voice only, his father addressing a succession of personal demons. He’d been like this all week, rarely pausing to eat or drink, a prisoner of his own shadowy fears. Banged-up, Kingdom thought grimly. In what little remained of his head.

He picked up the phone, stiffening when he recognised the voice at the other end, Mickey Allder, the Commander in charge of the Anti-Terrorist Squad, authority blunted by the ugly Kentish vowels.

‘It’s Sunday. And I understand you’re still on leave.’

There was a pause. Kingdom could hear the kids at the other
end, and then an abrupt silence as Allder told them to be quiet. He waited for Allder to return, wondering why he’d phoned. In theory, he didn’t start the new job for a week, though already he could guess where the conversation might lead.

Allder came back on the phone, his mouth half-full. ‘You know where Thorpe Park is? The theme place?’

‘That’s right. There’s a complex beside the Thunder River water slide. Cafes and bars and so on. I’ll be at the one that does teas and snacks. I think it’s called the Oasis.’ He paused. ‘Half-four too tight for you?’

Kingdom looked around him. The place was a mess. In the pub, he’d told himself he’d spend an hour or two trying to sort it out. Then there were the kids down in Bexleyheath. He’d promised to drop in for tea. Wendy had said she’d bake a cake.

‘You have a problem?’

Something in Allder’s voice told Kingdom that now wasn’t the time for a conversation about the small print of his domestic life.

‘No, sir. Should be OK.’ He paused, glancing at his watch. ‘But why Thorpe Park? Why not the Yard? I could be there for half-three. Easy.’

There was a silence at the other end of the phone. Then Allder again. ‘My youngest’s birthday,’ he said briskly. ‘Family treat.’

Kingdom stood in the open doorway of his father’s bedroom, peering in. The thin curtains were pulled tight again, partly shutting out the daylight, but he could see the old man folded into the armchair beside the bed, his hands clasped around his knees, the thin, bony ankles protruding from the bottoms of his pyjamas, the big, ravaged face tilted back, the eyes watching the door. The salad Kingdom had prepared earlier was, as far as he could judge, untouched. Beside it, on the floor, was a briefcase.

He began to explain, a call from his boss, a meet on the other
side of London, but his father’s attention had wandered already, his hand reaching down for the radio beside the armchair, the thick calloused fingers running up and down through the stations. At length, he returned to
Gardeners’ Question Time
, a lively exchange about organic composts. Then his hand strayed towards the briefcase and he picked it up, putting it on his lap, nursing it with both hands. Kingdom crossed the room. The car keys were on the dressing table. He held them in front of his father’s face.

His father looked at the keys, frowning, and Kingdom wondered whether he really knew what they were. The entire week had been like this, each new day with its fresh quota of surprises, its sad tableaux, a man he’d loved and thought he knew dissolving into a total stranger. At first, after the shock, it had depressed him, the pathos of the situation, his father’s wild mood swings, moments of lucidity followed by tantrums and then hours of brooding silence. Now, for reasons he didn’t fully understand, the feeling was closer to anger. He pocketed the keys and picked up the tray.

His father didn’t say a word. He was staring at the pocket of Kingdom’s jeans, the outline of the keys under the worn denim. Kingdom bent low towards him, still holding the tray. His father stank of onions. He ate them day and night.

His father looked up, blank-faced, unshaven, the eyes huge, the mouth slightly open, the jaw slack.

‘Kids?’ Kingdom said again. ‘Matthew? David?’ He paused. ‘Fathers? Sons?’ He stepped back, towards the door, voicing what – deep down – he’d been wanting to say all week. ‘Me?’

Leytonstone, where Kingdom’s father lived, is in north-east London. The drive down to Thorpe Park took nearly an hour and a half, and Kingdom spent most of the time wondering whether he’d made a mistake applying for the job in the Anti-Terrorist Squad. After graduation from Hendon Police College, he’d served
almost his entire career in the Met Special Branch. Latterly, the last five years, he’d been attached to a department called SO12, pulling together and analysing bits and pieces of intelligence about the IRA. The first part of the attachment had been mainland-based, chiefly London, but the last couple of years he’d been on liaison and surveillance duties in Belfast, working at the coal face, sharing a tiny two-man office at RUC headquarters at Knock.

Operationally, he’d enjoyed himself. There’d still been mountains of paperwork but he’d got on well with the RUC boys and they’d taken him along on a number of outings. The two years in Belfast had certainly made him an asset back home, and when Allder’s admin officer had invited him to apply for the latest A–T Squad vacancy, he’d jumped at the chance. The Belfast secondment, in any case, was nearly over. Far better to stay at the sharp end, he’d told himself, than return to the daily tussle with the S012 computers. Now, though, he wasn’t so sure. Time was suddenly precious and his new boss had made it brutally clear just who had first claim.

Kingdom found the Oasis cafe with ten minutes to spare. He could see Allder sitting at one of the tables with his wife and daughter. A bodyguard was there too, a young lad from the Close Protection Squad whom Allder occasionally thought prudent to invite along, family outings mainly, times when he felt especially exposed. Kingdom had known the bodyguard vaguely before he’d gone to Belfast and he watched him now, sitting at the next table, nursing a portable telephone. Now and again he reached forward to scratch his ankle, and when his jacket hung open Kingdom could see the dull metal butt of the Browning Hi-Power tucked into his shoulder holster. Kingdom had one too, though just now it was locked inside the glove box of his father’s car.

Kingdom glanced at his watch and hung back a moment longer while Allder demolished an enormous hamburger. Until the interview, he’d known Allder only by sight and by reputation. At the Yard, he’d always been given a certain grudging respect as someone who’d taken life on the nose. Physically, he was unforgettable with
his pug face, and his tiny frame, but a lifelong urge to punch above his weight had taken him to the rank of commander. One of his nicknames was ‘Dinky’ but the description carried a certain ironic salute. Despite his size six shoes, and cherubic haircut, Allder set a brutal pace. He was also ferociously loyal, a loyalty that began and ended with the Metropolitan Police. For the rest of the world, apart from his family, Allder had nothing but contempt.

Kingdom finally stepped towards the cafe and Allder looked up as he approached, wiping his mouth with a paper napkin, waving the bodyguard back into his seat, and introducing his wife and daughter. His daughter, busy hosing artificial cream onto a thick slice of apple pie, stared up at Kingdom, wide-eyed, while Allder rapped the table with his knuckles and told her not to be so rude. The child blushed, hiding her face, and Kingdom wondered again about tidying himself up for a return to mainland duties. Shoulder-length hair and a single gold earring had been perfect for West Belfast but real life might call for a different disguise.

Allder licked the last of his ketchup from his fingers and nodded at the empty seat beside him.

‘Glad you could make it,’ he said. ‘Something’s come up.’

Allder paused, glancing at his wife, and she picked up her shoulder bag at once, taking her daughter by the hand and leading her across the plaza towards the queue for the Thunder River ride. Allder watched them both for a moment, then reached for the untouched apple pie and began to help himself.

Letters from Becca: A Contemporary Romance Fiction Novel by Margaret Ferguson
Hushed by York, Kelley
Sheikh's Mail-Order Bride by Marguerite Kaye
Persuaded by Jenni James
The Three Sisters by Lisa Unger
We Are the Rebels by Clare Wright
All For You by Kate Perry
Back Online by Laura Dower
Dog Days of Summer by P. J. Fiala
Lesbian Stepmother by Amy Polino, Audrey Hart