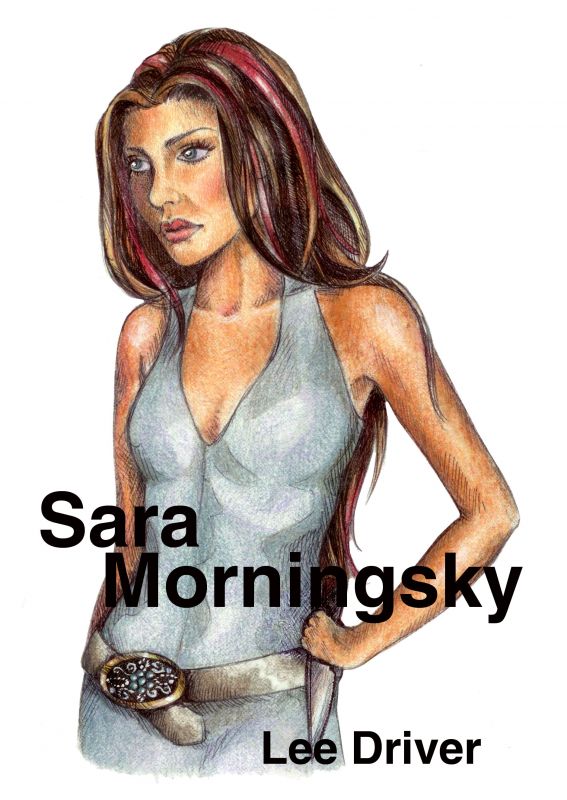 This book is a work of fiction. Names,
characters, places and incidents are the product of the author’s
imagination or are used fictitiously. Any resemblance to actual
events, locales or persons, living or dead, is coincidental. Any
slights of people, places, or organizations is purely
unintentional.

This short story or parts thereof, may not be
reproduced in any form without permission.

It crouched in the dense underbrush and
watched the scene unfold behind a boarded-up packing plant. The
moon cast silhouettes of two figures as they emerged from a
dark-colored vehicle. As the driver opened the trunk, a police car
arrived tailed by a black limousine.

The gray wolf’s keen sense of smell detected
fear. It watched with the same intensity as it would a prey, head
lowered, ears raised. Instinct told it that danger was near. The
wolf took two steps forward, then back, unsure whether to react to
the scent of danger. Two muffled pops startled the animal. Quickly
it moved from its hiding place toward the body bleeding on the
ground, toward the man with the raised gun. The men were too
startled to react. With teeth bared, the wolf leaped at the
policeman who yelled for his friends to shoot it. The wolf rushed
back to the forest with its trophy in its mouth, but it didn’t feel
safe. It could hear the men in pursuit, the men with guns.

Swiftly the wolf leaped twelve feet up to a
branch. What had been thick paws changed into sturdy talons, and
the one-hundred-pound body of a wolf transformed into a two-pound
gray hawk. It watched the men run under the tree branch still in
pursuit of the wolf.

Gripping the trophy with its hooked beak, the
hawk took flight, soaring silently, its wings flat and graceful. It
made several quick beats of its wings as it followed the limousine,
noticing with acute eyesight the license plate number.

The hawk flew across town, over lit streets
that crisscrossed subdivisions, and the narrow creek that ran along
the expressway. The hawk saw rabbits and ground squirrels from its
high altitude, but had no interest in feeding. With wings level, it
glided down over a forest to a remote house in a clearing and then
through an opened balcony window. It landed gracefully on two feet,
human feet. Dropping the trophy to the floor, the figure climbed
into bed weeping. The object the men had chased the wolf for, its
trophy, was the policeman’s badge.

“
I don’t understand you, Dagger.” The
attractive woman paced the tiled floor on stiletto heels. Flipping
back errant strands of platinum hair, she gazed disapprovingly at
the cramped office located above a downtown bar. “You can’t attract
high-paying customers in a dump like this.”

Dagger eyed his fiancée from her well-turned
heel to her shapely thighs, past the short hemline of her skirt.
“I’m just interested in customers, Sheila. I couldn’t care less how
rich they are.” He snapped the newspaper open and turned to the
second page of the headline story.

Sheila inhaled deeply, grimaced, and quickly
changed her mood. “That’s okay. No problem. Daddy’s going to have a
spot for you at his newspaper, maybe as an editor. You won’t need
to do anything but proofread.”

“
I like being a private investigator.”
He returned to the article. Changing the subject, he asked, “How
could your father print this crap about Lieutenant
Fazio?”

Sheila stopped pacing and jammed her fists
onto her narrow hips. “You haven’t listened to a word I’ve
said.”

A shrill sound came from inside a cage in the
corner of the room. “AWK. WICKED WITCH OF THE WEST. AWK.” A scarlet
macaw lifted its colorful wings and fanned out its tail.

Sheila tossed a disparaging glance over her
shoulder at the macaw. “Shut up you poor excuse for an oversized
crow.”

“
He only repeats what you tell him.”
She pulled a cigarette from her purse.

“
And don’t smoke around him.” Dagger
placed the newspaper down and stood, stretching his tall, muscular
body.

Reluctantly, Sheila returned the cigarette to
the pack. “I really think you should find a new home for the
feathered rodent. You know I can’t have him around with my
allergies.”

“
Allergies?” Dagger laughed. “Since
when?” He backed away when she playfully ran a hand through his
thick, brown hair.

Pressing her body against his she said,
“There are women who would kill for your cheekbones.” She stroked
his chiseled jaw line, admired his rugged good looks enhanced by a
five o-clock shadow. With a flirtatious smile she added, “And
you’re all mine.”

“
We’ve done this little dance before.”
He gently pulled her arms away. “I am not giving Einstein
away.”

As Sheila brought her lips up to Dagger’s, he
saw her gaze drift to the doorway. A slight arch of one eyebrow
told him Sheila had seen something distasteful, beneath her
standards. He had seen that look many times. Her father patented
the look of disdain down the tip of his nose, as if everyone in the
world were his subordinate. It was one trait Dagger disliked in
her; and the list was getting longer as the wedding date grew
nearer.

Dagger turned toward the doorway to see a
waif of a girl in a faded but clean flowered dress and sandals. Her
eyes were the color of Caribbean waters. Her waist-length hair had
so many sun-streaked shades it was difficult to tell its true
color. If he had passed her on a street he would have expected her
to be begging for a crust of bread, not that she looked emaciated,
just fragile and timid.

“
That would be me,” Dagger
replied.

Sheila leaned toward him. “Get payment up
front.” She bussed Dagger on the cheek before pushing briskly past
the intruder.

Turning to the girl, Dagger clasped her hand
as she said, “Sara Morningsky.” He detected a brief tremble in her
handshake.

Sara’s gaze quickly turned to Einstein.
“Aren’t you a handsome fella?” She took long, graceful strides
toward the cage. “And so smart. No wonder your name is Einstein.”
The macaw bobbed his head in agreement.

Dagger was drawn to the girl’s exotic
features, her almond-shaped eyes and olive complexion. She looked
like she should be rising out of the waters of some South Pacific
island, but the name Morningsky and her features told him she was
probably Native American.

He watched her reach into the cage. “I
wouldn’t do that. Einstein nips everyone but…” His voice trailed
off as he watched Einstein climb onto Sara’s arm and nuzzle her
chin. “Well, I’ll be.” Dagger ran a hand across the back of his
neck. “He always had good taste.” Einstein let out a whistle.

“
Some macaws can live to the age of one
hundred.” Her eyes were mysterious, distant, like a door that
cracks open slightly and then closes shut. She studied Einstein’s
cage. “A bird this size should have an aviary or, better yet, a
bird room.”

“
He did back at my apartment, but my
landlord had too many complaints about the noise so I brought him
here. It’s only temporary.”

“
Your girlfriend has no intention of
letting you keep Einstein.” She didn’t wait for him to reply. She
was inspecting Einstein’s nostrils and listening to his breathing.
“He has a respiratory infection.” Dagger looked closely at
Einstein’s face as Sara gazed up at the vent above the cage. “He’s
getting a draft from the vent. You should bring in a heat lamp and
also give him some weak chamomile tea sweetened with glucose. Keep
track of how much he eats and drinks.”

“
You know a lot about
birds.”

Dagger found himself watching her mouth as
she spoke, the movement of her lips, how her tongue touched her
teeth. It was as though he were searching for flaws in a Monet
painting but couldn’t find any. She was refreshingly natural, like
an unspoiled river or pristine beach. Her face was untouched by the
pounds of makeup that masked Sheila’s features.

“
I’ll do that, but I’m sure you didn’t
come here to make a house call on Einstein. How can I help you,
Miss Morningsky?” He took Einstein from her and placed him back in
the cage. Einstein shook his feathers as if irritated at being
disturbed. “Please have a seat.”

“
My God,” Sara gasped. “It wasn’t bad
enough they killed him. They planted drugs on him, too.”

“
I,” Sara hesitated and then took a
seat next to the oak desk cluttered with stacks of file folders and
two half-empty coffee cups. Dagger pulled out a notepad and pen.
“Mr. Dagger,” she started.

“
Just Dagger will be fine.”

Sara smiled weakly. “I’m not sure where to
start.”

“
Wherever you feel
comfortable.”

“
I guess I can start with this.” She
placed the badge on his desk. “This belongs to the cop who killed
Detective Fazio.”

“
Cop?” Slowly Dagger leaned back and
studied his mysterious visitor. “Mick Fazio and I didn’t always see
eye to eye, but I believe we respected each other. I spoke with him
last night. Unfortunately, he wouldn’t elaborate on what he was
into other than to say he was close to solving a major crime. Mick
would never have anything to do with drugs.”

Sara continued to describe in detail how the
cop had walked up to Fazio and shot him in the back of the head.
Dagger made a quick call to a friend at headquarters to verify the
badge number.

“
They weren’t drug dealers. Sergeant
Rollins was on some Gang Task Force, but he actually had the gangs
working for him. I can’t say how I know what I know. In a way, I
was Detective Fazio’s informant.” She handed Dagger a piece of
paper with the license plate number of the limousine.

“
You could only know all this if you
were there. How did you…?”

“
Detective Fazio has mentioned your
name several times. That’s how I knew to look you up.”

“
Sara, I wish I could help, but unless
you are completely honest with me…”

“
He mentioned an S and R Warehouse.
Something is being stored there. I saw Detective Fazio make a
number of audiotapes documenting his undercover work and
conversations he’s had with Sergeant Rollins.”

Dagger shook his head in total confusion. She
was skirting his main question. “Saw? But you said you’ve never met
him.”

“
That’s not the issue. What’s important
is finding out what Sergeant Rollins is keeping at the S and R
Warehouse.” The phone interrupted them.

“
AWK. HELLO, HELLO,” Einstein mimicked
from behind the bars. He used his powerful beak to climb to the top
of the cage.

“
Yeah,” Dagger barked into the phone.
It was Sheila, calling to say she bought him an Armani suit to wear
to the rehearsal. “Sheila, I’m fine with blue jeans. You didn’t
have to…” He listened to her ramble, and then said, “I’ll call you
later.” When he turned back to Sara, she was gone. She had left as
silently as she had arrived.

He opened the door and ran down the rusting
white, wrought iron stairs to the street just in time to see the
belching fumes from a battered cab. Returning to his office, Dagger
yelled out, “Cab company, Einstein.”

Dagger made the call and was told Sara had
been picked up at a coffee shop, not her residence, and they were
to return her to the coffee shop.

Einstein bobbed his head several times as he
looked around the office.