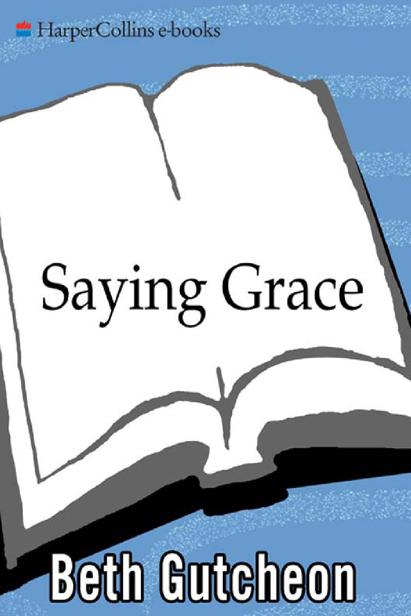 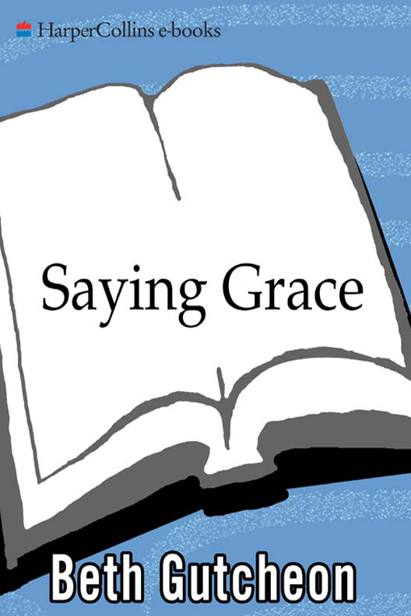 F
or Robin Clements, beloved husband And for my father, Frank E. Richardson, Jr., honored trustee, who fifty years ago saved a now famous midwestern country day school from impaling itself on a point of history. (In a fraught silence at a meeting of the school community called to decide whether the paralyzed school could continue to exist, he rose and addressed the sitting board, some of them founding members, all elderly rich men unaccustomed to compromise. He suggested that in order to allow for such innovations as parent committees, opening the board to women, and term limits for trustees, they should resign in a body. They all said, “Thank God, a solution,” and did so.)

To the woman who sent me the
Elegy
of Yuan Chen so long ago: If you read this, you will know I have never forgotten the story of your son. Here’s a patch for his memory quilt.

I owe grateful thanks to many others for various kinds of support and assistance. I thank Wendy Weil and Diane Reverand for their everlasting steadiness, for their professional support, and especially for the pleasure of their friendship. I thank Bitsie Root and Jerri Witt for invaluable suggestions on the manuscript and readers Emily Conroy, Pam Jones, and Cathy Lynn, whose reactions were more helpful than they can imagine. I am grateful for the assistance of John B. Clements, who shares a great deal of Georgia’s musical taste. Anyone familiar with the field will recognize that somewhere along the line Rue has met and been deeply impressed by the generous spirit and giant brain of Peggy McIntosh; Rue and her creator both are grateful for the encounter.

And last and most I am grateful for the wit, intelligence, and cherished friendship of Douglas Ware.

Other Books by Beth Gutcheon

I
t was two days before the opening of school when the Spanish teacher dropped dead.
Dropped
is the right word; she was on her knees in the garden, cleaning out the crocosmia bed, when she felt a sudden lightball of pain in her chest, and then was herself extinguished. She toppled face-forward into the fragrant California earth, and lay there, stiffening in the September sunshine, wearing her green-and-yellow gardening gloves. She was otherwise dressed for work. It was the faculty’s first day back at The Country School, and the news of her death found her colleagues gathered in Packard gymnasium for a CPR course, performing mouth-to-mouth resuscit-ation on rubber women.

As her colleagues mourned and comforted each other, Rue Shaw left the gym to hurry across campus to her office. Under the circumstances, she was struck by the illusion the parched campus imparted of a serene and manageable universe. The fields where the bigger boys played football were freshly mowed and green from a summer of sprinklers. As she passed, Manuel was laying down lines in white lime so that all could see the structure of the game, the clear boundary between in and out, good and bad, safe and sorry.

Everywhere the scent of cut grass mingled with the smell of eucalyptus.

The offices of the Head, and all the rest of the administration, were in a building known as Home, because it had been the original homestead when the campus was a ranch. The Plum family who pioneered it had grown prosperous and built a grand Victorian farmhouse with wide, covered porches and the latest in gingerbread trim, in which Rue now lived. From there the Plum family had raised livestock and apricots and used the old homestead for a sheep barn.

Rue Shaw now bustled into Home through the dutch door, which Merilee kept open at the top to let in the sunlight and the perfume of the outside air and closed at the bottom to keep out the campus dogs and cats. Rue went straight past Merilee’s desk to find 2 / Beth Gutcheon

her assistant head, Mike Dianda. His office, which had once been a birthing pen for lambs, was low and cluttered, with heavy dark beams and small windows. Mike’s desk was stacked with papers and books; he had more than once misplaced his telephone and had had to wait for it to ring so he could find it.

In Mike’s office, miscreant children sent to be sentenced sat in the ladderback wooden chair facing his desk. But the soft leather chair against the bookcase was only for Rue, for when she came in with mugs of tea at the end of the day and kicked the door closed behind her. Mike was to Rue like the brother she never had. He was tart, smart, handsome, and funny, and as far as she could tell, never afraid to tell her she was wrong. The collaboration was particularly successful because he did not want her job. He would make a fine school head when his life was more his own, but at the moment as a gay man and a single parent he had enough on his plate getting his daughters through school.

“I talked with the mother in Albuquerque,” said Mike, as Rue appeared in his doorway.

“They knew Mariel had a heart condition.”

“I didn’t. Maybe Lynn Ketchum did, or Cynda Goldring. They were closest to her.”

“Will they have the funeral here?”

“No, they’re taking her back to New Mexico. We’ll have to have a memorial.”

“God. Yes. When?” They both looked at the calendar. Beginning of term was jammed with conferences, trustee meetings, parent council meetings.

Rue said, “I better call Fletcher Sincerbeaux. And Helen Lord, and…who else has Spanish in Primary?”

“Would Mrs. Ladabaum come back, do you think?” Mike asked.

“Would we want her if she’d come? She was getting awfully deaf.”

“Of course…I never saw a better teacher. We must have an ear trumpet somewhere.”

Rue went off to her office to start calling fellow school heads who might have a lead on a Spanish teacher.

On the wall in her office Rue kept a framed motto from Lucy Madeira, a famous East Coast educator. It read: “Function in disaster, finish in style.” She often wondered what motto her predecessors, Carla and Lourdes Plum, would have willed her, had they been able to imagine her. The Plum family had proved over time to be as un-fruitful as their land was lush, and their line narrowed and stopped with the spinster sisters, Carla and Lourdes, who had made a living conducting a day school according to tenets of their own devising.

Rue had made a study of the “archives” left by the Miss Plums.

These artifacts were piled in wooden milk boxes and stored in the abandoned ice house, and included papers, letters, programs from Germans and Christmas plays, books, bottles of Coca-Cola syrup with which they treated children’s coughs, woolen bathing suits, theatrical costumes, and some untouched ration books from World War II. The Miss Plums had gaily mixed notions of progressive education which they read about in papers sent out from New York, with their favorite parts of
Science and Health
, the writings of Emanuel Swedenborg, and the teachings of Madame Blavatsky. They believed that babies were born with their souls and their life paths fully formed, so there was no point imposing structure from without that might serve to crowd or cloud the structure within. They believed that every child had an aura which could be read, and that after death, that aura remained on earth, not so much a ghost as an angel, so the clear California air was crowded for them with invisible be-ings, concerned with the ways of woman and intervening in all her doings.

If the Miss Plums were right in their interesting theories, then no doubt their own auras lingered on the campus of The Country School, interfering in the business of shaping young lives in the ways most likely to confirm their own beliefs. If their theories were in error no one would ever know, because the Depression had put an end to their experiment before a significant sample of scholars could be sent out into the world. Their school was closed, and the 4 / Beth Gutcheon

Miss Plums lived by selling off bits and pieces of outer pastures until only fifteen acres remained. By that time World War II had brought prosperity back to the region, and the Miss Plums lived to see others make large profits on land that had recently been theirs.

Their joint Will and Testament left what land and money remained for the founding of a Country Day School, on acres that had once been lost in a wide expanse of range and orchard, but by the last decade of the twentieth century formed a hemmed-in green patch of nature, bonsaied between expensive developer houses and an upscale mall called The Countrye Mile. The campus was like a patch of the world as it once had been, but in a jar, with the top off.

E
mily Dahl arrived in Seven Springs by accident, if there are accidents. She had driven north until the children got hungry, and pulled off the highway into the nearest town. Her blond hair was clammy from heat and dirt, and there were half-moon perspir-ation stains under her breasts on her once crisp lemon-yellow blouse.

She kept thinking of things she had forgotten to pack. A favorite pair of gardening shoes she had left outside the back door. A book she was reading, left facedown on the clothes hamper beside the bathtub. The worst was David’s gerbil. Fortunately, David had not yet noticed.

She found that Seven Springs was a town of some natural beauty.

There were fruit trees, citrus, and apricot, and on the dry hills, avocado. She and Malone and David found a taco restaurant that was air-conditioned. Across the street was a movie house that must have been built in the thirties. It had dusty art deco lettering on the mar-quee and the front of the theater was faced with black marble. It was cracked now, with pieces missing, but the whole effect was evocative; she remembered the theater in the town on Long Island where she grew up, where the whole eighth grade would show up at the movies on Saturday night. If you liked somebody and he liked you, you would sit apart from the group, in the balcony. There would be frightened bumblings having to do with the boy getting his arm around you while pretending to stretch. You would then die of embarrassment as you waited another hour or so for him to get the nerve to let his arm, lying across the back of your seat, inch down to encircle your shoulders. This, Emily realized, was a memory from a simpler world.

Malone squinted across the street at the movie house while she ate. Eleven years old, she had just gotten her first pair of glasses.

She looked like a cross between a beautiful bombshell and a baby owl.

“Mom,
What About Bob
just started.”

“Did it? Can you read the times from all the way over here?”

Malone nodded. “You’d only miss a little bit of it and I can tell you what happened.”

David said “Are we going to the movies?” David the space cadet noticed everything two beats after everyone else.

“I don’t know,” said Emily, wondering really, Why not? What else did they have to do that evening? “Sure, if you want to.”

“Yea,” said Malone and bounced in her seat. This was a New Mom. The Old Mom wasn’t so good at actually hearing what other people wanted. The Old Mom didn’t tend to consider that someone else’s plan might be just as good as hers.