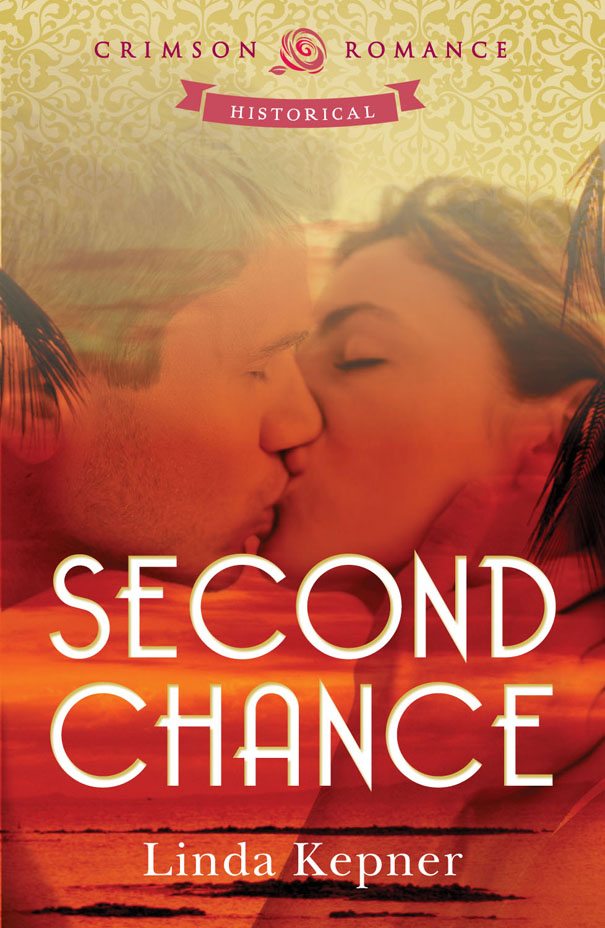 Dr. Roth thought this class was tedious, and hated teaching it. However his graduate assistant, Bishou Howard, loved the practice. An aspiring woman professor needed all the practice she could get, Bishou reasoned. It might be 1969 and an age of feminism, but it was still a man’s world out there. It was a pleasure to have an advisor like Raymond Roth, who had a sense of humor as well as intelligence. A potentially adversarial relationship had easily become a friendship. Thus, Bishou Howard taught Introduction to World Literature 101 to incoming freshmen at East Virginia University — trying to make it interesting enough to keep a few sheep in the fold once the required courses were out of the way — while researching her PhD thesis on the theme “Passion in Literature.” This gave Dr. Roth time to do reading and research, with occasional spot-checks on his only graduate assistant.

Two hundred freshman students sat in this lecture hall, and Bishou could easily see what they called in Boston “light dawning on Marble Head” as she made her points and parallels, and asked questions to make them think. Many teachers didn’t allow a lecture to be interrupted, but Bishou pointed to students and asked questions to which she expected answers.

She dismissed her students and they gathered up their books. That was a sign of attention, as she well knew. They had been absorbed enough, or cautious enough, to refrain from slamming their piles of books together just because it was getting close to the end of the hour.

Dr. Roth dodged exiting students and stepped down to the center well from which Bishou taught. She nodded her greetings as she collected her notes from the lectern.

“Hey, Chief, what’s on your mind?” she said cheerfully.

“The dean spoke to me today about someone who might need a little tutoring. It’s a bit unusual, and I think a little confidential. Got a minute?”

“Umm, hmm,” she hedged. “Got an appointment with the Rare Books Librarian. He’s trying to dredge up something for me.”

“Sandy’s taking Roger to orientation night at the junior high, and I’m on my own tonight.” Bishou had supped with the professor, his wife, and son many nights. “Cocktails at your place later?”

“Sure, if your definition of ‘cocktails’ includes cheap Chardonnay, which is all I’ve got.”

Roth smiled. “My definition of ‘cocktails’ includes anything I don’t have to pay for. I’ll bring some appetizers.”

“Now, that sounds good,” she laughed. “I’ll be back at my apartment around five.”

Bishou had a minuscule apartment on the very edge of campus, close enough to the library to be useful, far enough from the lecture halls to give her some exercise each day. Sitting in an easy chair next to an unmatched couch and lounge chair, Dr. Raymond Roth eyed the books, typewriter, and study table approvingly.

“People looking at this flat would know you were a grad student. Although, admittedly, they might not be able to tell which sex.”

“Which is as it should be,” Bishou agreed with a laugh. She handed a glass of wine to him, while he shook crackers and cheese cubes from a paper bag onto a plate. “The height of academic luxury.”

“Here’s to it,” he said, and they clinked wineglasses.

She sipped the Chardonnay and found it good. “What’s the tutoring about? I’m kinda stretched, Dr. Roth. Do you owe Dean Clements a favor, or something?”

“No, no. It would be for actual money. I think it’s the Dean who owes the President a favor.”

“Well, you know this World Tobacco Conference the University has been setting up,” Roth began.

“Goodness, who doesn’t? It’s been the only topic of the school newsletter for months. Oh, let me guess.
On parle français seulement
.”

“Well,
pas seulement
. Apparently they’ve got someone coming whom they didn’t expect, and he might need a little tutoring in English. I’m not sure of his background — the President didn’t tell the Dean — but there’s something odd.”

“I don’t know. Something about his passport or visa.”

“French colonial, maybe? When you say ‘French’ and ‘tobacco’ I think Africa.”

“That might be it, but I’m not sure. Anyway, your name came up because of your French Canadian family and your Parisian studies, and Dean Clements nobly volunteered you,” Roth said dryly.

“We both must remember to thank him,” said Bishou, deliberately keeping any editorial tone out of her voice. After all, she was a student. She never forgot that things like this, little comments, might come back to bite her.

“Mmm. Well. Since it’s a conference, there’s conference money there, some of which can be used to pay an English tutor. Might not be much, but it’s pocket money, Bishou.”

She nodded. “Income instead of outgo. Do you know anything about this unexpected someone?”

Roth pulled a piece of paper out of his pocket. “Only his name. Louis Dessant.”

“Yeah. Dessant is tobacco big time. I think the cigarettes come from Réunion Island, maybe, near Madagascar in the Indian Ocean. Sort of like Hawaii for Frenchmen.”

“I might have the name wrong,” Roth warned. “What’s the frown for?”

“I think I read something about a Dessant, in the news, maybe a year or two ago.” She tried to remember, but failed. “Family scandal or something.”

“Then that’s probably our fellow,” said Roth. “Heaven forbid any parent send us a student who isn’t in trouble somewhere else.” Again, they both laughed at the inevitable fact of life, and returned to the wine and cheese.

A few moments later, however, Dr. Roth grew a little more serious. “I know I’m preaching to the choir, Bishou. You’ve been negotiating academic landmines all your life. But if this fellow is — rather, I mean to say, if you sense some kind of trouble with him — you must tell me up front, and not try to soldier on through. When you receive your doctorate from here, you’ll be only the third woman to do so in EVU history, and,” he paused and cleared his throat, “that means people tend to watch what you are up to.”

Equally seriously, Bishou said, “Both of us. You took me on.”

“I know. I won’t rehash everything we’ve said before. After all, we both know what we’ve said and done, and — knock on wood,” he rapped on the rickety little end table, “we’re turning into a pretty good prototype for advisor-advisee relationships for female PhD students.”

“Amen, Lord,” she said wryly, and they both chuckled.

East Virginia University was a perfectly logical place to hold a tobacco-growers’ conference, Bishou mused the next day as she walked to the Medlin Conference Center after her morning class and tuition sessions. And certainly a world tobacco-growers’ conference. Most of the money behind the university was tobacco money. They were situated in the heart of tobacco country, a great place for tours. The university’s Ag Department had done a lot of tobacco research, and was forward thinking in the face of medical discouragement about the health dangers of tobacco. She frowned wryly. And in the rear guard as far as women’s rights were concerned.

A female teacher was still expected to wear high heels and stockings here, and always to appear well-groomed. Bishou had short dark hair, clear light skin with dark features, grey eyes, and a decent healthy body. She had seen women almost walk into walls admiring her “twin” brother Bat, so she supposed she wasn’t bad-looking either. She could deal with stockings and high heels.

Wonder how Bat’s adjusting to having me so far away from New England,
she thought
. I miss them all, even our annoying parents. But there’s no going back. Thank God Bat is there for our brothers, at least.
She shook her head.
Save dreaming for another day, Bishou
, she reminded herself.
It’s time for the men’s world of tobacco.

She walked up to the registration table for the conference, where she saw two women and three men. A young Twiggy look-alike with short blond hair and scared-raccoon mascara looked up from her seat inquiringly.

“Hello. I’m Bishou Howard from the university. I’m supposed to be sitting in on some of this, and assisting French-speaking members of the conference.”

“The current speaker is just starting,” said the blond woman.

However, the other woman said, “I’m sorry, but you can’t enter without a badge.”

“What must I do to get one?” Bishou asked.

“Register, as in money? Excuse me, I was asked to help. I’m not registering for this conference.”

“I’m sorry,” the woman said firmly. “You cannot enter the conference without a badge.”

Familiar with this combat routine, Bishou simply smiled and shrugged. “Thank you, you just made my day easier. I won’t attend, then. Be sure you inform President Lanthier that you turned me away, and why. I’ll inform my department head as well.”

“Wait a minute, wait a minute,” a nearby man drawled. “Annie, if we asked the university for an interpreter for a World Tobacco Conference, we don’t turn ’er away because she won’t pay a fee to get in. What are you thinking?”

“No registration, no attendance,” said the woman firmly.

“Fine by me,” Bishou agreed, in that same pleasant voice. “I’m overworked anyway.”

The man had a very pleasing accent — North Carolina, she’d bet. He simply picked up a marker and said, “What’s your name, honey?”

That made him laugh. “I thought they said the man’s name was Bishop.”

Now they all laughed, no hard feelings. “And you are,” said the man. “I was expecting a Frenchman named Bishop, and I got a Frenchwoman named Bishou.”

“Worse than that,” she agreed humorously. “I’m a Yankee. But this is such a fine university, I wanted to come here for my studies.” She had said that same line so many times, and always got the same benevolent reaction.

“I’m Gray Jackson.” He put a hand on her shoulder. “Come up here, honey, and I’ll try to point out Monsieur Dessant for you.”

A real feminist would have broken his wrist, but Bishou filed it with all the other sexisms she encountered in a day’s work, and responded to the content rather than the form. “Good, thanks. That would be a start.”