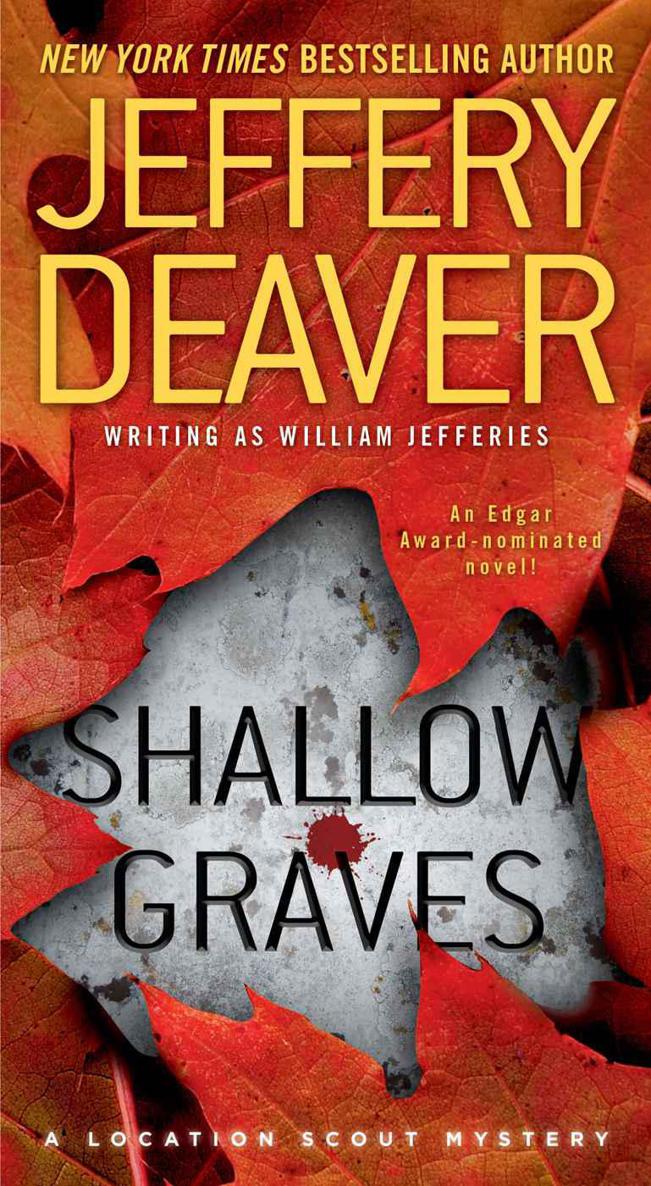 He’s the suspense star behind the new 007 novel . . . A “Best Novel of the Year” award–winner from the International Thriller Writers organization . . . Jeffery Deaver
is hotter than ever!

“Sterling. . . . Not even the brilliant Rhyme can foresee the shocking twists the case will take in this electrically charged thriller.”

“Deaver, master of the plot twist, does his usual magic—no matter how hard you try, you can’t figure out what he’s about to spring on you. . . . Another winner from the dependable Deaver.”

Chosen as a Hot Summer Thriller on TheDailyBeast.com!

“Deaver’s got the world of social networking and blogs down cold. . . . That dose of realism adds a fresh, contemporary edge.”

“The techno-savvy Deaver . . . has one of those puzzle-loving minds you just can’t trust.”

“The chase is on, and so are the surprises.”

THE BODIES LEFT BEHIND

“Deaver is such a good puppet master that he makes us believe whatever he wants us to believe . . . without telling us a single lie. . . . It’s not until we’re well more than halfway through the book that we even begin to suspect that we might have made some dangerous mistakes . . . but by then, it’s way too late, and we are completely at Deaver’s mercy.”

“He makes the characters live and breathe. . . . Read this and no country walk will ever be the same again.”

“Not just an adrenaline-charged manhunt but a game of deception and multiple double-cross that keeps the reader guessing right up to the final page.”

More praise for Jeffery Deaver, who “stokes our paranoia” (
Entertainment Weekly
) with his masterworks of suspense

“Deaver is able to fool even the most experienced readers with his right-angle turns.”

“His labyrinthine plots are astonishing.”

“A thrill ride between covers.”

“The grand master of the ticking-clock thriller.”

Thank you for purchasing this Pocket Books eBook.

A man should keep his word.

“
I HEARD THIS
scary story about you one time,” Marty said, “and I didn’t know whether it was true or not.”

Pellam didn’t look over. He was driving the Winnebago Chieftain 43 back into town. They’d just found an old farmhouse a mile up the road and had offered the astonished owner thirteen hundred dollars to shoot two scenes on his front porch, provided he didn’t mind if a combine replaced his rusting orange Nissan in the driveway for a couple of days. For that kind of money, the farmer said, he’d eat the car if that was what they wanted.

Pellam had told him that wouldn’t be necessary.

“You used to do stunt work?” Marty asked. His voice was high and Midwest-inflected.

“About this film you did?”

“Uh.” Pellam pulled off his black 1950s Hugh Hefner sunglasses. The autumn day had dawned bright as blue ice. A half hour ago it had turned dark and now the early afternoon seemed like a winter dusk.

“It was a Spielberg film,” Marty said.

Marty considered. “No? Well, I
heard
it was a Spielberg film. Anyway, there was this scene where the guy, the star, you know, was supposed to drive a motorcycle over this bridge and these bombs or something were blowing up behind him and he was driving like a son of a bitch, just ahead of these shells. Only then one hits under him and he goes flying through the air just as the bridge collapses. . . . Okay? And they were supposed to rig a dummy because the stunt supervisor wouldn’t let any of his guys do it but you just got on the bike and told the second unit director to roll the cameras. And you just, like, did it.”

Marty looked at Pellam. He waited. He laughed. “What do you mean, ‘uh-huh’? Did you do it?”

“Yeah, I remember that one.”

Marty rolled his eyes and looked out the window at a distant speck of bird. “He remembers it. . . .” He looked back at Pellam. “And I heard that the thing was you didn’t get blown clear but you had to hang on to this cable while the bridge collapsed.”

Marty kept waiting. It was no fun telling war stories to people who should be telling them to you. “Well?”

“That’s pretty much what happened.”

Pellam reached down and picked up a Molson bottle wedged between his scuffed brown Nocona boots. He glanced around the red and yellow autumn countryside for New York state troopers then lifted the
bottle and drained it. “I don’t know. I did crazy things then. Stupid of me. The unit director fired me.”

“But they used the footage?”

Pellam floored the worn accelerator pedal to take a grade. The engine didn’t respond well. They heard the tapping of whatever taps in an old engine when it struggles to push a heavy camper uphill.

Marty was twenty-nine, skinny, and had a small gold hoop in his left ear. His face was round and smooth and he had eyelids connected directly to his heart; they opened wide whenever his pulse picked up. Pellam was older. He was thin too, though more sinewy than skinny, and dark complected. He had a scrawny, salt-and-pepper beard that he’d started last week and he was already tired of. The lids over
his
gray-green eyes never lifted very far. Both men wore denim—blue jeans and jackets. Marty wore a black T-shirt. Pellam, a blue work shirt. In clothes like these, with his pointy-toed boots, Pellam looked a lot like a cowboy and if anyone—a woman anyway—would comment on it, he’d tell her that he was related to Wild Bill Hickok. This was true, though it was true in some complicated way he’d distorted so often that he couldn’t now remember exactly where the gunfighter had figured into his ancestry.

After a few minutes Pellam said, “So we got a cemetery, we got a town square, two barns and a farmhouse. We got a ton of roads. What else do we need?”

Marty flipped through a large notebook. “One big, big, big field, I’m talking sonuvabitch big, a funeral home, a Victorian house overlooking a yard big enough for a wedding, a hardware store, a mess of interiors. . . . Goddamn, I ain’t gonna get to Manhattan for two weeks. I’m tired of cows, Pellam. I’m so damned tired of cows.”

Pellam asked, “You ever tip cows?”

“I’m from the Midwest. Everybody there tips cows.”

“Pellam, you never tipped a cow?”

Marty shook his head with what seemed like genuine dismay. “Man. . . .”

It had been three days since they’d pulled off the interstate here in Cleary, New York. The Winnebago had clocked two hundred miles, roaming through knobby pine hills and tired farms and small, simple pastel cubes of houses decorated with pickups in the driveway, cars on blocks, and stiff laundry pinned and drying on long lines.

Three days, driving through mist and fog and yellow storms of September leaves and plenty of outright rain.

Marty looked out the window. He didn’t speak for five minutes. Pellam, thinking:
Silence is platinum.

Marty said, “Know what this reminds me of?”

The boy had a mind that ranged like a hungry crow; Pellam couldn’t even guess.