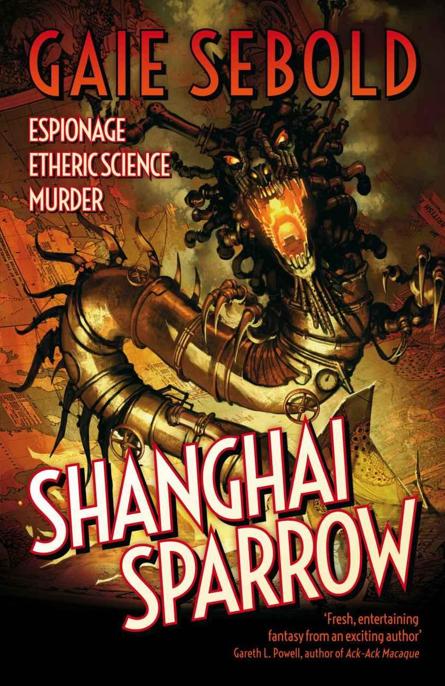 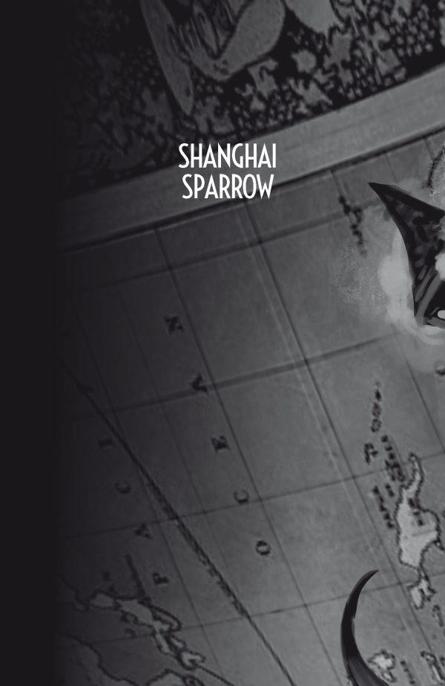 To all the women whose contributions to the sciences never made it into the books, and to those who will come after them:

“Never doubt that you can change history. You already have.”

E
VELINE
D
UCHEN SIPPED
her tea, ladylike as all get-out, and smiled at the cook.

Ma Pether would’ve killed her if she knew Evvie was actually in the house. “Scope the place out,” she said. “Look over the grounds if you can see ’em, see who’s about, how many servants. Check where the back doors and windows are, and whether there’s cover. You know what to look for.” What she hadn’t said was, “Wait till a maid comes to shake the rugs out and go up to her bold as brass pretending to be looking for work, get invited in for a cup of tea and sit gossiping for an hour.”

But this way was so much better! Heart fizzing in her chest with excitement and satisfaction, Eveline accepted another slice of cake. “Ooh, this is lovely. I don’t s’pose you could give me the recipe, my Ma’d love to make this.” Eveline was used, by now, to ignoring the brief stab she felt at the thought of her mother. She told herself she didn’t even notice any more.

“Yes ma’am, my papa taught me. He was a clergyman.” He had actually been a schoolmaster, and she barely remembered his face.

The cook nodded solemnly, adjusting the black mourning band on her arm that Evvie had spotted as soon as she came in. “I lost my George just a few months back.”

“Your papa taught you manners too, I see,” the cook said. “Most of ’em around here – cheek! And
young men,
” she said, looking meaningfully at the skinny maid, who blushed and hid her face behind the candlesticks she was polishing. “Not like where I’m from. She’s a good girl, if she’d only keep her mind on her business.”

The maid went even pinker and polished furiously.

“Lovely down there,” the cook said, looking blindly out the soot-grimed window at the passing legs and feet, seeing other sights long gone, “but we had to come to London for the work. Still used to see a lot of the Folk, back home, too... well, them that’s left. I don’t know, you hear things, but I always liked seeing ’em about, and they never did me no harm.”

Eveline kept her face carefully neutral. She had her own opinion about the Folk.

“Ooh, I don’t know about that,” the maid said. “Bogles and nixies and what-all. And they play dreadful tricks, I heard.”

“‘On slovens and fools and them that breaks rules,’ we used to say,” the cook said. “And speaking of rules, if that’s your young man coming down the steps, miss, I’ll thank you to tell him we don’t allow
followers
. At the very door! What the mistress would say...”

Evvie glanced up to see a set of dark blue trousered legs coming down the area steps and, atop them, a brass-buttoned dark blue coat. A policeman, a bloody peeler! If he saw her face... oh, Ma’d have the hide off her. She leaned forward and whispered to the cook, “Can I use your... you know?”

“Out the other door, on the left. Mind the latch, it sticks.”

Quick as a ferret, Evvie was out the back door. She turned around and pressed her ear to the kitchen door, heard the cook’s gruff tones.
See him off,
Evvie thought;
go on, cook! This is a respectable house!

But the cook laughed. Obviously the peeler had some charm about him. Now what? Evvie glanced around her: to her left, the privy, and what looked like the door to a coal cellar. Steps down to an overgrown garden – good cover, Ma’d be pleased – but there was a great bank of shrubs and nettles before the wall at the end of the garden. She wore the neat, inconspicuous clothes of a respectable maid-of-all-work, part of Ma’s stock (Ma had more costumes than a travelling theatre). They were well enough for moving about without drawing attention, but if she tore them getting over the wall, there’d be hell to pay – and no telling who might be walking past on the other side, ready to raise hue-and-cry after her.

Besides, if she disappeared the minute the peeler turned up, there was every chance it might put the wind up them. She could imagine the conversation now: “Oh, where’s that nice lass who was here looking for a job... funny she disappeared just as you arrived,” “That’s odd, sounds like suspicious behaviour, that does, let’s have a description of her...” and then she’d be in enough hot water to drown a coach-and-four.

She slipped into the privy and pulled the door shut – she could blame the sticking latch if they thought she’d been in here too long. Her brain ticking away like clockwork, she bit her lower lip and stared at a spider-web, where a fly buzzed furiously as it tried to escape its fate.

E
VVIE PEERED THROUGH
the kitchen door; the peeler was a youngish fellow with ginger side-whiskers, his uniform jacket somewhat strained about the middle and his wide leather belt on its last notch. Evvie hovered until he was looking at the giggling maid, and the cook was looking towards the door.

She stepped as though to come in, glanced at the peeler, and threw the cook a wide-eyed gaze like a trapped rabbit. Then she ducked her head, and crept up to the cook, still keeping her eyes on the ground. “Thanks very much for the cake, ma’am. I gotta go, I promised myself I’d try another dozen streets today,” she said, in a rapid half-whisper, still shooting glances at the peeler.

“I’m sorry we couldn’t get you a place. At least let me put you up some of that cake to take away, we’ll never get through it all, not with the family out in the country till next month,” the cook said, giving her a curious look.

The cook took her wrist in the firm grip of someone who spent hours of her life kneading dough. “It won’t take a moment,” she said sternly, and led Evvie through into the scullery.

She leaned back against the countertop and folded her arms. “Now, miss,” she said. “Perhaps you’ll tell me what all that was about?”

“All what, ma’am?” Evvie said, flicking glances towards the door.

“You look like you seen Satan and all his devils in that kitchen. You in trouble?”

“Because you were looking at that bobby like I don’t know what. I’ve a good mind to go back in there and...”

“It’s just I know him,” Evvie said. “From a place I used to work. He came round after one of the maids there, and she... well, she ended up turned out.” Evvie glanced significantly down at her own flat stomach. “I heard them outside one night, she was crying, begging him to do right by her, and he just called her a bad name, hit her and walked right off. And him a policeman!”

“Only I’m afraid he’ll recognise me,” Eveline said. “He’s the sort to make trouble, just to shut me up about what he done.”

“Don’t you worry about that.” The cook swiftly wrapped the remaining cake in a bit of clean muslin and thrust it into Evvie’s hand, then pointed. “See that door there? You go through that, and along a bit of hallway with a black-and-white floor, and let yourself out the front. That piece of worthlessness that calls himself a butler won’t trouble you, he’s fast asleep in his pantry with the paper over his face and some of the master’s best beer in his belly, I’ve no doubt. And I’ll deal with young Mister Brass-Buttons, I’ve seen off tougher than him.”

“I hope your girl is all right.”

“She’s due off for Whitsun, like the rest of us – I’ll take her home along of me, keep an eye on her.”

“You’re ever so kind,” Eveline said. She stood on tiptoe and kissed the cook’s cheek.

“Get along with you,” the cook said, smiling. “Right.” She took a deep breath, pumping up her considerable bosom until her starch-stiffened apron creaked, and headed back towards the kitchen.

Eveline slipped out of the house, grinning to herself as she heard raised voices coming from the kitchen behind her. She moved swiftly away, and the voices were soon drowned out by the clatter of hooves and the rumble of wheels, and the
chuff-chuff-chuff
of a steam hansom. Briefly louder than everything else, above it all, a zeppelin throbbed slowly overhead on its way to the Beddington aerodrome, dignified as an elderly duchess looking for her seat at the opera.