Read She Felt No Pain Online

She Felt No Pain 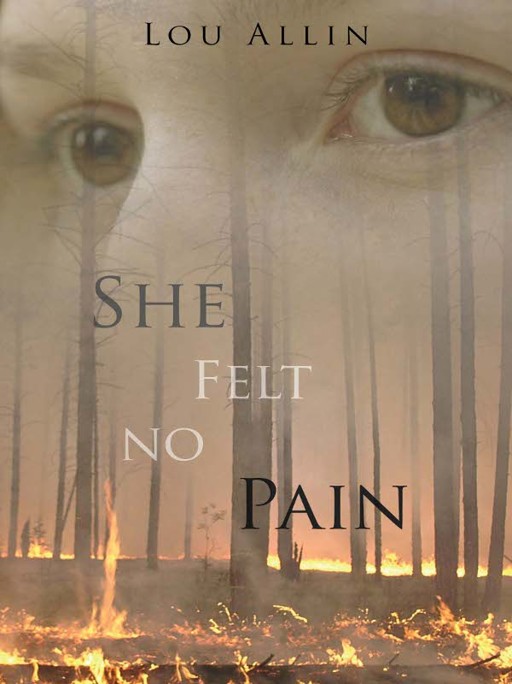 SHE
FELT
NO
PAIN

All rights reserved. No part of this publication may be reproduced, stored in a retrieval system or transmitted, in any form or by any means, digital, mechanical, photocopying, recording or otherwise, without the prior consent of the publisher.

To the Crime Writers of Canada,
forever fighting to keep their country’s
best and brightest in the forefront.
And above all, to the Executive Board from 2009-2010.
United we stood.

The rain set early in tonight,

The sullen wind was soon awake,

It tore the elm-tops down for spite,

And did its worst to vex the lake:

I listened with heart fit to break.

When glided in Porphyria; straight

She shut the cold out and the storm,

And kneeled and made the cheerless grate

Blaze up, and all the cottage warm;

Which done, she rose, and from her form

Withdrew the dripping cloak and shawl,

And laid her soiled gloves by, untied

Her hat and let the damp hair fall,

And, last, she sat down by my side

And called me. When no voice replied,

She put my arm about her waist,

And made her smooth white shoulder bare,

And all her yellow hair displaced,

And, stooping, made my cheek lie there,

And spread, o’er all, her yellow hair,

Murmuring how she loved me—she

Too weak, for all her heart’s endeavour,

To set its struggling passion free

From pride, and vainer ties dissever,

And give herself to me forever.

But passion sometimes would prevail,

Nor could tonight’s gay feast restrain

A sudden thought of one so pale

For love of her, and all in vain:

So, she was come through wind and rain.

Be sure I looked up at her eyes

Happy and proud; at last I knew

Made my heart swell, and still it grew

While I debated what to do.

That moment she was mine, mine, fair,

Perfectly pure and good: I found

A thing to do, and all her hair

In one long yellow string I wound

Three times her little throat around,

And strangled her. No pain felt she;

I am quite sure she felt no pain.

As a shut bud that holds a bee,

I warily oped her lids: again

Laughed the blue eyes without a stain.

And I untightened next the tress

About her neck; her cheek once more

Blushed bright beneath my burning kiss:

I propped her head up as before,

Only, this time my shoulder bore

Her head, which droops upon it still:

So glad it has its utmost will,

That all it scorned at once is fled,

And I, its love, am gained instead!

Porphyria’s love: she guessed not how

Her darling one wish would be heard.

And thus we sit together now,

And all night long we have not stirred,

And yet God has not said a word!

H
e relaxed on the soft green bed of bracken and shaded his eyes against the sun dappling through the cedar and fir canopy. After all these years, it was sweet to be back on the shore without city stink and noise. Tonight was hot for the island, nearly 25°C and humid for a change, so he’d left his shelter under the bridge for the freedom of the open air. Old Bill was tightassed about his friggin’ rules, strong for his age, too. He rubbed his bristly jaw, still sore from exchanging blows. Why not take another shot before he left, cold-cock the bastard from behind? He laughed deep in his throat, then coughed up mucus. Damn allergies. If butts weren’t free, he’d have trashed the fucking coffin nails. Time in the can had probably prolonged his life by twenty years. Now that was funny.

Low tide during the day again, common in summer. He had nearly forgotten how briny the ocean smelled, its seaweed heaped in snakelike coils along the beaches. Sand stretches to the horizon were his preference, not these rock shelves and cobble which twisted the foot. The wild coasts of British Columbia weren’t the gleaming white strands of Malibu.

He took a last drag from his rollie and dropped it with a hiss into a beer can. The rainforest was sere, the moss beginning to fade and curl in the short dry season, but bug free, thanks to the salt air. If there was one place the homeless could survive the winters, it was here. Never too hot, never too cold. The perfect porridge. Wasn’t that what dear old Mom always said? He took a swig from a mickey of cheap Alberta rye, chased it with water and wiped his mouth on his sleeve. Tasted like turpentine, but it got the blood moving. The sandwiches the Holy Joe guy brought from down the road and the bottled juice had filled him up. Breakfast in bed in Canada’s Caribbean. Come the rainy season, buy a snorkel.

Urban life offered opportunities for gain but too many hassles. Here you were golden if you knew the angles. A whispered question and a wink to the teens lounging at the logger’s pole in Sooke, a trip behind some bushes, and a tiny bag of wonders. A bald eagle screed in the blue sky, circling for a tasty rodent gobbling its last seed. Try a poodle, he thought, recalling that stupid animal that had snapped at him down at the Inner Harbour. Home sweet home, though, thanks to the wallet he lifted from that idiot in the crush getting off the ferry. Three hundred in fifties. A cash advance at the first bank machine. With his shabby clothes and grizzled chin, too risky to use the credit cards at a store. He had sold the Visa card to a kid at Cormorant and Blanchard for forty dollars. Got clean clothes at the Salvation Army store and a backpack and camping gear. The Canadian Tire card he’d keep for a week or so. The guy might not cancel it right away.

Then he had hitched a ride west on Highway 14 with a Sleep Country trucker going to Port Renfrew, the end of the road. First stop, Sooke. The sleepy fishing village had changed in over thirty years, now had a McDonalds and an A&W. Funny seeing Judy there when he bought a burger. An ugly scene about the boy, too. A man now. Making big bucks in the diamond mines near Yellowknife. Maybe they’d have had a chance if... Screw it. She’d gained thirty pounds. Looked like a grandmother. Probably fucked like one, too. He’d thumbed on down to Fossil Bay.

When he’d seen that story in the
Toronto Sun
, he knew the man upstairs was looking out for him. Then the visit and some ready cash, but he couldn’t stay at the house. The grief wasn’t worth it. Until the big score in a week or two, for now he had the perfect hiding place for a piece of insurance. A tight and dry coffee can in a black garbage bag. He couldn’t read it so well without reading glasses, which were for wimps, but he suspected its importance. He’d moved it under a nearby rotting log. What kind of weird game was this anyway? Kiddie junk and a dumbass list of names and dates. His grimy hands were starting to shake. Unable to prolong the moment, he took out his joy kit. Mixed the happy dust with water on the spoon. Held the lighter beneath until the crystals disappeared. No boiling. Don’t want to lose any part of the pretty little ticket to heaven. Across the bay, from a cabin cruiser came the sonar beat of a boombox: “I feel the earth move.” Whatever happened to the Seventies? Everyone was bald, fat, both or dead, including Elvis.

He snugged the rubber tubing around his arm, laughing as his body cooperated with a bulging vein. Born to shoot. A crust from a sore on one elbow was still pink, but he read no warning of infection. Soft beds and softer women on the way. The skags he’d met on the road were all bones and dry. Then he filled the syringe, tipped up and tapped to get the air out, plunged into the vein and pulled back with blood. Then back again until gone. Warm fire, like being in a hot tub. Cold water the first time taught a rough lesson. He breathed deeply. As he closed his eyes, he could still hear that other stupid song: “Stronger than Spain and France.” Talk about a brain fart. What did it all mean, anyways, and who the hell gave a shit? He gasped, dimly aware that he wasn’t getting enough oxygen. His nostrils were stuffed from the humidity. He tried short, shallow breaths. But everything was slowing down, like a wind-up clock. He dropped the syringe and clutched at his throat. Before he could telegraph his brain one last time, the bellows in his skinny chest hung limp, and his head lolled. An adventurous ant climbed aboard his hand and headed for a tasty piece of dried skin.

A
t six thirty, the morning sky was bleached-denim blue as wisps of fog circulated like cobwebs. RCMP Corporal Holly Martin headed down West Coast Road. After the wicked curves of the Shirley hill, pulled over at a small picnic park by the fire hall was an older Audi with B.C. plates. A tall woman bent over the motor, shook her head, and slammed the creaky hood. Then she pounded it with a fist and wiped her eyes with her sleeve, shoulders sagging.

Holly made a u-turn and stopped to help. Engine trouble en route to an important appointment? She got out of her cherryred vintage Prelude as the woman looked up with a tear-streaked face. No one else was in the car.

“You all right, ma’am?” Holly asked, tipping back her billed cap. She wore a light blue shirt under her jacket, duty belt, and dark blue slacks with the traditional yellow stripe. Despite Hollywood films, the famous Mountie red-serge suit was for formal occasions only. No love lost on the stiff, short boots with a spit shine that had taken years, but they held up better than the running shoes she wore off duty.

The woman was dressed in beige slacks and a light sweater with a striped silk scarf. Summer was cool on the Vancouver Island coast overlooking the windy Strait of Juan de Fuca. “Officer?” she said and swallowed, looking at the sports car with a quizzical expression. “I—”