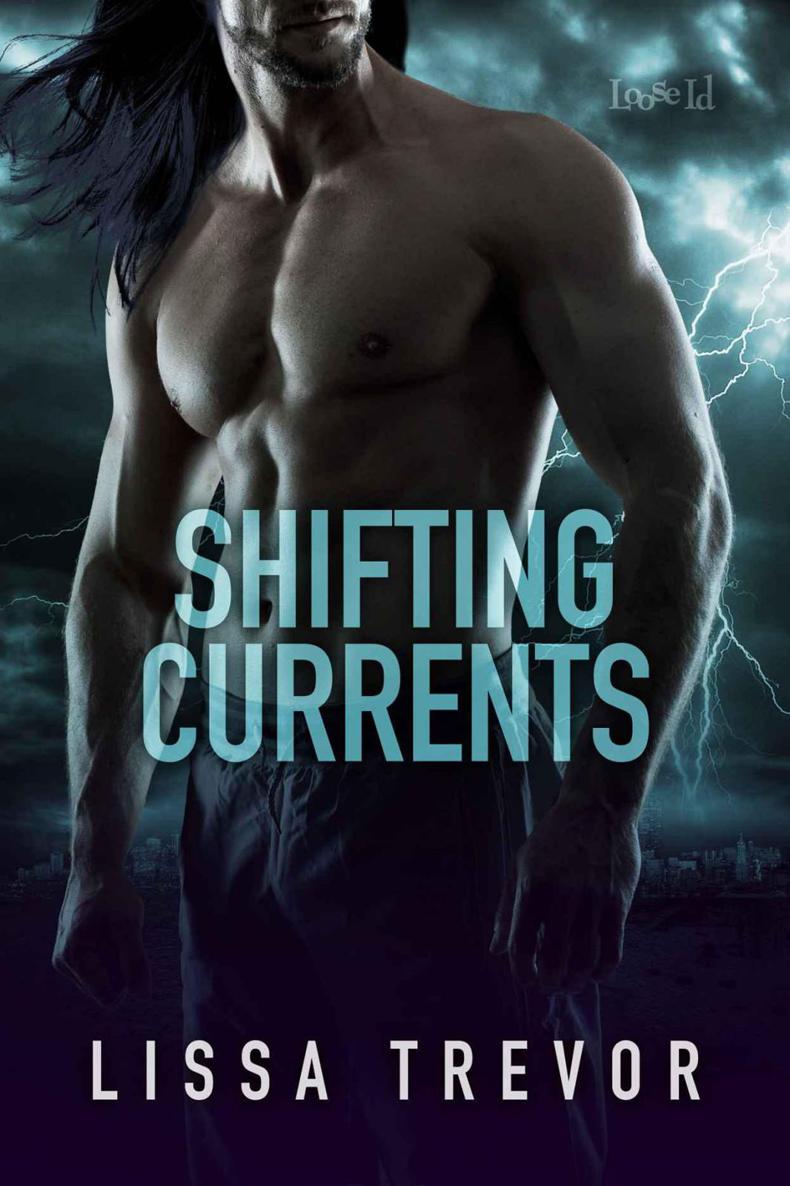 Bethany Macgregor searched the airwaves until she found a funeral dirge that was used hundreds of years before the meteorite hit. She let the heavy organ music wash over her through her tiny headphones. Keith was getting married today. Leaning against the wooden post, she felt the crisp air like a sympathetic caress on her face and neck. She focused on the livestock being sold in the pen across from her and let the smell of nature take her mind off her loneliness.

“Shouldn’t you be over at the looters’ tents?” Maya, her tribe’s chief, walked up to her and put a hand on her shoulder.

Bethany tried not to flinch, and Maya removed her hand. Bethany sighed, popped out an earbud for politeness’ sake. “I did a quick walk by. There’s nothing that can’t wait until the last day of conclave when the prices drop because the dealer doesn’t want to pack it up for the long schlep back home.” And because the silence was starting to get awkward, Bethany added, “Shouldn’t you be attending some back-slapping meeting in the main cabin?”
Or having a “massage” in your cabin with someone who wanted a favor?

Maya snorted. “Backstabbing, you mean. No, we’re on our morning break. And I decided to breathe in the fresh smell of horse manure to clear my lungs.”

Bethany managed a wry smile. Maya was fifty years old and the oldest one in their tribe on the bluff. She had been twenty-one when the meteorite hit the world and knocked everyone back to the Jurassic period. Well, probably better than the Jurassic period. Then, all the dinosaurs had died whereas this time a few tough humans and animals survived. And of course the cockroaches, but Bethany hadn’t seen one of those since she left the part of Florida that was still above water to go up north where the Tech was strongest. Maya had gathered together the Bluff tribe with a shrewd sense of purpose and snapped Bethany up as soon as she entered the territory.

“Keith’s doing a good thing. We need another potter since we lost Angie to the Three Rivers tribe last year,” Maya said.

Bethany nodded. It was important to have the right mixture of artisans, farmers, and tradesmen to survive in today’s world.

Bethany’s stomach curled. Lem had already made that offer, and it was apparent he was only doing what Maya told him to do. Trying to keep the anger out of her voice, Bethany said, “I’m not going to switch tribes over Keith’s marriage. The Bluffs are my home. You can tell Lem he’s off the hook.”

“It’s not like that,” Maya said but cut off when Bethany turned away and put the earbud back in.

The wind picked up a bit, and stray bits of energy lit up the portable media player in her hand. Pain jabbed into her temple, like a screwdriver had been jammed into it. Bethany exhaled through the agony that turned her vision red, and pressed the center button on the device. Maya watched fascinated, as always, when the menu came up, and Bethany scrolled down to Alanis Morrisette’s “You Oughta Know.”

“Just don’t go flaunting that Tech. You don’t have to be willing if another tribe gets it in their mind to snatch you from us.”

Bethany just turned the music up loud to match the pounding in her head that channeling the energy to run the device gave her. Maya went away after one last longing look at the portable media player. Letting the angry song fill her, Bethany rolled her neck to get the kinks out of it and sat down with her eyes closed, helping her body deal with the intensity of pulling in the energy. If she had done it gradually, the pain wouldn’t have been that wretched, but she didn’t want easy or slow. The pain was cleansing, wiping away a little of the self-pity she was feeling. When the song was over, Bethany let the energy go with a sigh and a silent thanks. Getting up, she felt eyes on her, and she looked around. The tribes were socializing, chattering happily about the things they were going to trade.

She lovingly put the portable media player back into her pocket. She had traded a looter her ham radio setup for it. Bethany didn’t like hearing all the voices crying out in the darkness. Although on cold, lonely nights it was a comfort to realize the world was still going on and her tribe wasn’t the last people on Earth. Most of California and Florida had sunk into the oceans. Mount St. Helens and all of the Alaskan volcanoes had erupted, adding to the chaos. In a second after the meteor hit in Russia, worldwide communications dropped. If Europe was even still there, no one on this side of the Atlantic knew. There hadn’t been any contact outside the United States for the past thirty years. There were rumors, but nothing verified. And in the interim, strange and different creatures evolved. Bethany was one of them.

Bethany glanced up at Keith’s voice, but he wasn’t talking to her. She watched her ex-lover, tall and handsome in a rough-and-ready sort of way, lean down and kiss his almost-bride on the cheek. They were strolling around the market, hand in hand, not a care in the world.

Darting into a tent, Bethany clenched her teeth as sharp jealousy drilled into her. It didn’t have the purity of the energy pull. It was aching like a bad tooth. She willed herself not to cry. It should have just been a marriage of convenience. A way to bring the River tribe and the Bluff tribe together. Keith had told her so. In bed. Several times. It didn’t look like it was convenient. In fact, it looked a lot like love. Bethany listened to the vendor’s spiel since he was kind enough not to notice her bright eyes or quivering lips. She was so grateful for the time it gave her to pull it together that she wound up trading a set of charged batteries for one of his canteens filled with a sweet honey mead before leaving his tent.

Blinking the tears away, she pretended they were from looking up at the sun that was muted from the ash still in the atmosphere. A flutter of wings caught her eye. A brown eagle perched on the tree next to her. It looked at her like she was a mouse. Intelligent yellow eyes regarded her intently. It was a magnificent bird, beautiful feathers and a regal look. Big too, she saw as it spread its wings and folded them back to preen. Bethany bowed her head, feeling ridiculous at her awe of the noble bird who continued to survive in such a desolate world. It would have been born amid the chaos, like she had been.

Today wasn’t the first time she had seen it. Or at least one that looked just like it. Up on the bluffs, she’d sensed eyes on her and looked around only to see an eagle observing silently. She had gotten used to it, tried to tempt it closer with bits of meat, but it disdained her attempts at domestication. Still, when she walked in the woods, the bird wasn’t ever far. Not for the first time, Bethany wondered if it was a Shifter. She had given it plenty of time to shift in front of her, often dillydallying in the brush far from camp, hoping the bird would transform.

The truth was she had been lonely even when she and Keith were together. The tribe needed her, wanted the Tech she could provide. But they never fully accepted her because she wasn’t normal. Dinners were a stilted affair, and social events strained, so Bethany learned just to avoid them. Walking alone in the woods, she pretended the animals in the woods were companions, like she had done when she was a little girl. It was a game her brother, Daniel, had taught her, before he went feral and killed all those people.

“I’ve got to stop this, or I’ll be a sniveling wreck,” she told the bird, but the eagle wasn’t looking at her. She followed its inscrutable golden eyes to the next animal up for auction.

The farmer had horses, sheep, pigs, and chickens for sale in their usual pens. The prices weren’t great, but they weren’t overblown either. Her tribe’s gatherers would probably pick up a few to replace the ones they were slaughtering for Keith’s wedding feast. Bethany felt that pang again. She hoped his bride was an excellent potter.

The bird exploded into action, dive-bombing the farmer as he led an enormous white dog into the center pen. The farmer ducked, and pandemonium ensued when the dog made a break for it. The pen was closed, so all it could do was run around in circles until a few farmhands tackled it and pinned it to the ground. When they reattached the harness, the dog’s tail was hanging between its legs, and it was shaking. Its fluffy white fur was dirty and matted, but it didn’t look to be lame or hurt. The farmer dodged as the bird came screaming in again, and then went off-balance as the dog tried to make another run for it. It dragged the man on his fanny a good ten feet before the farmer got back in control. The dog rose up on two legs, pulling away, but the farmer threw a lasso of thick rope over the harness. Even after the dog shook its head violently, the rope stayed in place. The crowd laughed and applauded the dog’s efforts.