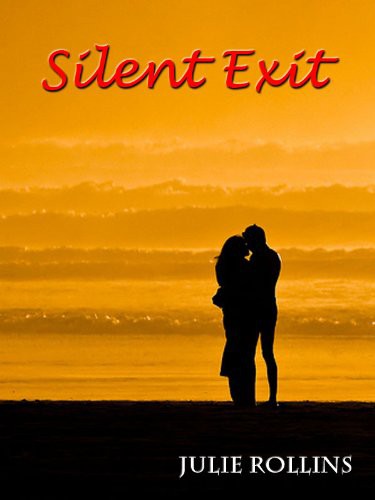 All rights reserved. No part of this
publication may be reproduced, distributed, or transmitted in any form or by
any means, including photocopying, recording, or other electronic or mechanical
methods, without the prior written permission of the publisher, except in the
case of brief quotations embodied in critical reviews and certain other
noncommercial uses permitted by copyright law.

'David.
It's four O'clock in the morning.'

Tess stood in the lounge doorway. Her
dark brown eyes looked distressed. She hugged her flowery dressing gown into
her delicate frame.

David laughed and lunged in for a
kiss. He reeked of beer and cigarettes.

'I'm being serious David. This has
got to stop. It's not fair.'

He ripped his boots off and fell
back onto the sofa. His hair was disheveled from his long drinking session. He
quickly fell into a drunken coma and began to snore loudly. Tess left him to
sleep and got into bed. She had been unable to talk to David about anything of
late and these 4am drunken states were becoming a regular thing. Although it
would break her heart, she didn't think she could take much more. Part of her
thought it was time to leave this situation altogether and the other part
wanted to make a final attempt to talk to him. After all, she did love him.

Eighteen months before, things had
been good. Everything about moving to Vietnam had been a novelty. The locals
were friendly. Not being able to communicate with them very well, had been an
interesting challenge. She thought about the friends they had made, some crazy,
others genuine. But of course a lot of them had moved on somewhere else. It was
the transient life of the expat, ever moving, ever changing. Sometimes it was sad
and sometimes amazing.

She thought back to how they had
laughed together when they first arrived, having both got the initial nasty
series of stomach problems that came along with living in Asia. They had lived
in a hotel room in the beginning and they had spent a lot of intimate time
together. They quickly secured a nice rental home, with a pool and garden. Tess
loved the beautiful bay window at the front of the house. The place was light
and airy.

After she had unpacked and settled,
Tess took her first solo venture into the heart of the city. The traffic was
dense and the horns were tooting furiously. There were a sea of motorbikes and
face masks. Tess stood on the side of the road, searching for a gap. She waited
for her time to cross, but it did not come. The smell of boiled rice and spices
invaded her nose and people bashed into her, as they made their way towards the
market.

She wondered what would come of this new
experience. So far it seemed OK, although she had not yet managed to get a job.
Still patiently waiting for a clearing in the traffic, she felt someone take
hold of her elbow.

'You have to walk straight into it
and the traffic will go around you.'

'We got here four weeks ago.'

The woman began to slowly walk out
into the road, keeping hold of Tess. The motorbikes and cars seemed to weave
around them and she was on the other side in no time.

'No worries. Here's my card. Give
me a call if you need any help.'

She moved away quickly, giving Tess
a wave as she disappeared down a narrow alley way.

The taxi back to the house was
eventful. There was lots of weaving in and out of motorbikes and plenty of
uncomfortable moments, because the driver was too lazy to change gear. She
managed to block out the noise as her thoughts drifted to England, her place of
birth. She missed her friends and family and she missed Stefan. Her heart
flipped thinking about him. He had been the love of her life. Their year-long
romance had been on and off, but she had loved him. His job took him overseas
often, as did hers. She had been a flight attendant for some years. They met on
one of her flights. He had flirted and chatted with her. She instantly loved
his dark chocolate eyes, and his tall, well-proportioned body. As he left the
aircraft, he slipped her his boarding card. He had written his phone number on
it.

'I hope this is OK? I don't
normally do this.' He smiled, as he handed it to her.

The first date was in a country pub, just outside London. It was very romantic.
They sat by the open fire, it was a particularly quiet weekday evening. They
had the place to themselves. They laughed and chatted for hours, until the
landlord told them he was locking up. Outside, Stefan walked her to her car. He
made idle chat whilst he waited for the moment to kiss her. He didn't ask, he
just grabbed her hand and pulled her into him. He kissed her passionately. He

pressed himself hard against her. His
lips were soft and moist. She felt a surge of pleasure as she pushed herself
into him. They clung together and kissed each other’s lips. He slid his tongue
into her mouth and relished in the pleasure of meeting hers. The lush warmth of
this moment was too much to handle and he broke off.

'Sorry, I could feel myself getting
out of control.' He let out a deep breath.

'Wow! That was some kiss.' Tess
confessed.

'I'm flying tomorrow. Back Saturday
though.'

'You mean, I've got to wait three
days to kiss you again?'

'Well, perhaps you should ask me if
I actually want to see you?' She teased.

Stefan and Tess messaged each other
constantly. Tess had no doubt that they were meant to be together and couldn't wait
to see him. She didn't go home after her flight had landed. She continued
straight to Stefan's apartment in central London and fell straight into his
arms, as he opened the door.

His smell was hypnotic and his kiss
was sweet, something that had been missing in her life. It excited her whole
being. He showed her how to be a little more daring and she showed him how to
be tender. Things were always on and off. They would argue sometimes and then
kiss and make up. They would play the game, because neither admitted that it
was love.

Stefan was increasingly spending more time overseas on business and Tess was
given an opportunity to move to the Middle East permanently, to work on a
private jet. It was every flight attendant's dream. Tess had hoped that Stefan
would beg her not to go and that finally he would tell her, that he loved her.
Instead, he told her it was a great opportunity and encouraged her. Tess was

secretly devastated and realized that he
had not been serious about her at all. She wanted desperately to tell him she
loved him, but she knew now that he did not feel the same.

They grew apart after she
relocated. She didn't really bother with him as much and presumed he would be
seeing other women by now. He was an extremely sought after man, but she pushed
this thought to the back of her mind.

When she met David, Stefan took the
news politely. He had instantly disliked David. From her description, he
thought that David sounded arrogant and cocky. He stepped aside, but they continued
to email from time to time.

This new man in her life had been a
breath of fresh air. The constant flying all over the world was fun, but very
lonely. She had met David at a BBQ restaurant on the compound she was based at,
in Saudi Arabia. He was cheeky, gregarious Australian and always got what he
wanted. The attraction was instant. They both had something in common,
loneliness. He was a distinguished man, he wasn't overly tall and he certainly
wasn't athletic, but his eyes were amazing. They were dark blue and wolf-like.
His hair was thick, spiky, salt and pepper gray. He had wanted Tess from the
get-go and he got her.

Things in Saudi Arabia became a
little too oppressive for them and they decided to get out and make a new life
somewhere else. An opportunity for David came up in Vietnam. They discussed and
agreed it would be good for them both, and Tess would leave her job. Even after
all this time Tess was sad to be moving even further away from Stefan, he would
always remain in the back of her mind. After receiving Stefan's email informing
her of his intention to get married, Tess felt like something inside her had
died. It stirred up her feelings for him, but she pushed them to one side. She
could not stand the pain. She replied to his emails out of courtesy, but could
not bring herself to physically speak to him and did not visit him on her trips
back to London.

The taxi stopped outside the house
and she opened the large front gate, to reveal the front door open and two men
walking around inside.

'Hello Miss Tess, we looking for
you.'

Thankfully, she recognized one of
the men as her new landlord.

'What are you doing walking around
my house?'

'We repair house, it broken.'

Apparently some damage to the house
from the previous rainy season had to be fixed. Not wanting to feel breathless
any longer from the humidity, Tess moved inside the house to the air
conditioning. She prepared herself for one of David's work functions. She
showered and put her shiny auburn hair into a beautiful chignon. She placed a
linen strapless maxi dress over her slim body and nodded to herself in the
mirror. She looked good. Not too over the top, but stylish.

The repairs went on for a week. It
was messy, loud, and very intrusive. The work began at 7am every morning. As
the weeks went on it, became apparent that Tess would not be able to find a
job. Employers would only hire locals, because they could pay them a small
salary, which was just over a hundred dollars per month, on average. Having
been a flight attendant for the past few years, she was not qualified in
anything specific that could land her an executive position in a western
company.

She had decided that not working
could be good and she could pursue all the things she hadn't had time for
previously. She messaged the woman who guided her across the road and was
eventually invited to a ladies expat lunch. Tess very quickly realized that she
had to conform or be alone in this place.

A rather portly woman began to
speak. She had fat hands, a red face and one of those little peak chins, that
protrude under the fat.

'We have some newbies, so let's
introduce ourselves. We will go around the table one by one.'

She was really loud and overpowering.
Tess raised her eyes a little, to look at the other women’s responses. They all
seemed happy to continue with this charade. This is a little odd, thought Tess.
It's like being at a work orientation. All the ladies conformed to their leader
and enthusiastically joined in.

Tess looked around the bar. At this
time of day it was dim and uneventful. The place smelt of tobacco smoke and
alcohol. There were a few western men hunched over beers at the bar, sucking on
cigarettes, furiously flirting with the waitresses. Tess wondered why these
exotic, beautiful girls, bothered with these completely unfit, gross looking
men.