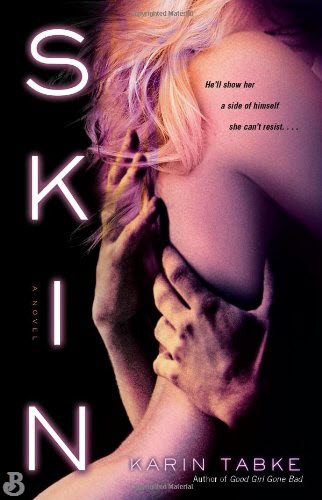 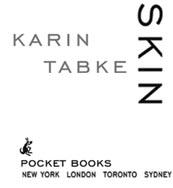 His Body Spoke for Itself.

Francesca grabbed a digital camera from her desk, focused, and began clicking. As she worked her way back to the most excellent front view of Reese, she knew even though she had more to interview, this was
the man
to launch her magazine into the ranks of
Playgirl
. He was perfect. He had an edge to his features that inspired women to want to tame him. His tan skin and deep-set crystal-blue eyes contrasted, giving him the predatory look of a lone wolf. A faint thin scar ran behind his right ear down his throat stopping just above his collar bone, giving him an air of danger. She needed to capture that danger on film and sell it to delirious women across the country. Her smile widened behind the camera. 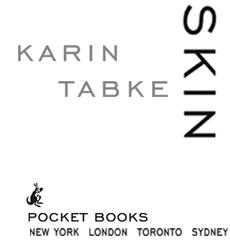 To my mom, Iyone Stanton, the bravest lady I know. Stay strong, stay healthy, stay just the way you are.

To my other mom, Marlene Tabke, the best mother-in-law a daughter could ever wish for. Never change.

T
o Sheryl Rowland, the woman who makes it possible for me to write. Without your willingness to run the business, I could not follow my dream. Thank you one thousand times over.

Thank you to everyone who has purchased one of my books, then read it, liked it, and smiled.

To Allison Brennan and Natalie R. Collins, thank you for spending a great weekend at my house and breathing life into the tag line: jaded cop vs. mafia princess.

To my CP’s, Michelle Diener, Liz Krueger, and Edie Ramer, much thanks for putting up with my manic revisions.

Rae (Monet), thanks for the emergency plotting sessions and whining phone calls when these characters just wouldn’t listen to me.

Lauren, once again, thank you for the heavy editor’s hand. You made this story so much stronger.

And last but not least, to Gary. Baby, you know without you, my
hot cops
would never have been born. xoxo

“Drop your drawers, take off your clothes,
get naked.”

Reese hesitated. The woman sitting behind the desk stood, the movement slow and fluid. Her expression, though, screamed impatience.

“Look…” She glanced at the file he’d handed her when he was ushered into her office. “Reese,
Skin
is an upscale chick rag. How the hell can I tell if you have the goods if I don’t see them first?”

He’d never been shy about shucking his clothes for a woman, but he’d never been commanded to do it in the middle of the day in the downtown office of a very attractive and very irritated female. He stood.

Miss Donatello had legs long enough to wrap around him twice and a waist he bet he could span with his hands. Her full breasts bobbed in rhythmic sensuality with her every move under the fitted white shirt. His gaze dipped lower, admiring the way her black leather skirt hugged her lush ass like a second skin. His taste usually ran to tall, lithe women, but this voluptuous drink of water would quench his thirst any day. He warmed to his assignment.

“Reese, I’m a very busy lady, I need to see your package,
now.”
Her eyes narrowed. “If you can’t drop your drawers for me now, how the hell are you going to drop them for my camera?”

Too much was riding on him being picked as
Skin
’s first centerfold.

He grinned, a rare gesture given his generally antisocial demeanor. He’d gladly reveal more skin than she could handle. Slowly, he unbuttoned his 501s, his eyes catching her hazel ones.

Reese held her gaze as he slid the denim down his thighs, his muscles slowing the process. Like a stunned rabbit, her nostrils flared. He knew she was more than curious. His eyes continued to hold hers, daring her to look before he was ready to extend an invitation. He’d lay odds she didn’t normally allow a model to control the show-and-tell stage of this type of interview. His black boxer briefs followed his jeans to his knees. Reese grinned big.

Warily, Frankie’s eyes dipped. She gasped, for a moment unable to control her female response to his male. Her reaction was one of basic attraction, and she was having a hell of a time breathing normally. She’d seen a lot of the male anatomy in her business and more cocks in the last twenty-four hours than she could count, but she’d never seen a package this beautiful, this complete, and never so eager to salute her. The models she’d interviewed the previous day and this morning shriveled up in shyness. Not so this guy. She racked her brain for his name. She was lousy with names. Oh, yeah, Reese.

She cleared her throat. “Nice salute you have there, sailor.” Leaning a hip against the edge of her desk, she crossed her arms over her chest. She wanted to touch him, to see if his tan skin was as warm as she suspected. His erection bobbed and she wondered what he was thinking.

Collecting herself, she pursed her lips. Resisting the urge to smile, Frankie silently thanked God for this blessing. “I’m so glad you’re not gay.”

“What makes you so sure?”

Frankie laughed and cocked a brow, inclining her head toward his impressive erection. “The fact that you haven’t shriveled up or failed to rise to the occasion.” Her eyes locked with his. “And the fact that your boy there keeps growing.”

“He likes what he sees.”

Her skin warmed, and while she didn’t want to admit it, she was glad on a personal level he was very obviously heterosexual. She allowed her eyes to ravage the smooth, hard planes of his belly and lower to the smooth thickness sprouting from his thighs.

He would do very nicely for what she had in mind.

“Well, tell your little man the only job he’s being interviewed for is to perform for my camera. Nothing more.”

But Frankie began to think she did want more. She knew if she touched him he would be warm, and she’d feel the thick surge of blood course through him. She squirmed in her heels and quelled the urge to brush her fingertips down his shaft. This was business, and with the one exception she’d paid dearly for, she made it a hard and fast rule not to touch the models, except to position them on a shoot.

“Is there a hands-on segment to this audition?”

His deep, husky voice sent chills cascading along her neck. The guy had trouble stamped all over his arrogant face.

She nodded. “Maybe. Let’s see what you have upstairs.”

He cocked a dark brow. She smiled when he pulled his form-fitting black T-shirt over his head. “You learn quick, sailor.”

His chest was almost as irresistible as his astute cock. Hard, defined, tan. Several pale slash-mark scars tattooed one side of his rib cage. Her imagination ran wild with scenarios of how they got there. Instead of detracting from his maleness, they intensified it.

Thick arms rippled with the slightest movement, his biceps bouncing softly as he smoothed his dark brown hair back into place with both hands. She swallowed hard, the image of his arms up over his shoulders, his chest flexed, and his cock growing inches by the second burning in her memory banks. Warmth infiltrated the moist spot between her thighs. Dormant desire roused deep inside her. Crap. She might run a skin rag for chicks, but she wasn’t one to sleep around, especially with her models. Goose bumps coursed down her arms. Even if she was attracted to this guy, she wouldn’t go down that road with him. One time had been more than enough. Since the Sean incident two years ago, her knees were welded together when it came to mixing business with the obvious pleasure Reese was capable of giving.