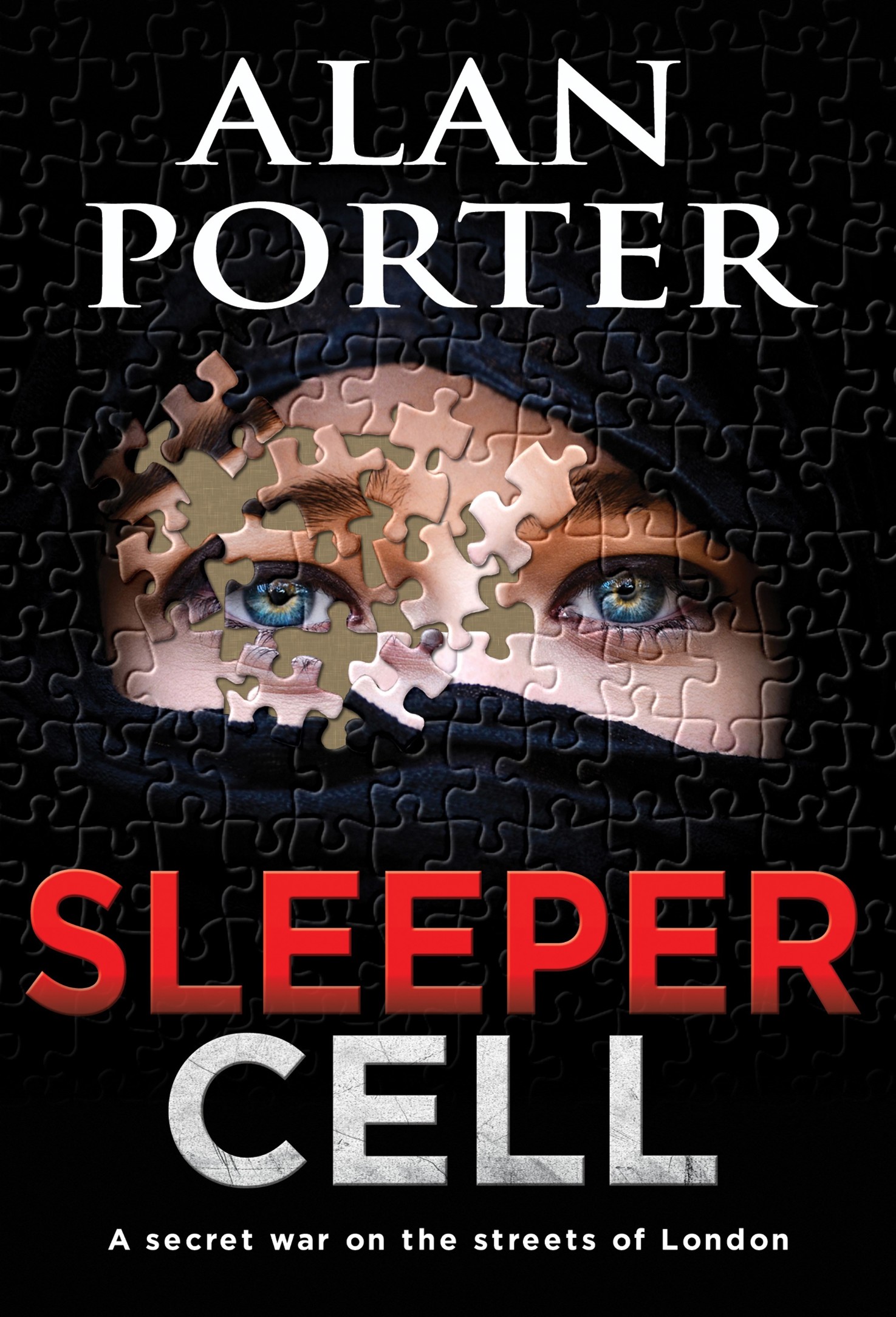 Sleeper Cell: A Secret War on the Streets of London

This edition published by Eyelevel Books at Smashwords

This ebook is licensed for your personal enjoyment only. This ebook may not be re-sold or given away to other people. If you would like to share this book with another person, please purchase an additional copy for each reader. If you’re reading this book and did not purchase it, or it was not purchased for your use only, then please return to Smashwords.com and purchase your own copy. Thank you for respecting the hard work of this author. Ruth Morgan was less than two hundred yards from the hotel when the bomb exploded.

The hot June morning was shattered by huge, sharp boom, followed a beat later by the deafening roar of falling rubble and the tinkle of breaking glass. Ruth saw only the leading edge of the fireball before she was hunched on the ground, hands over her head. The sound echoed off surrounding buildings and rippled the leaves on the trees in the park.

She looked up. Through the ringing in her ears she heard the screech of tyres out on Kensington High Street, the flap of hundreds of birds’ wings and a sound like heavy rain as rubble cascaded from the sky. All around her people stood or crouched, stunned, silent.

Only Gavin was moving.

Her bodyguard was running across the park towards her. He always followed at a discrete distance, but this morning he had been slow stabling his horse and she had not waited. She had set off for Kensington Palace, along the back of the Serpentine, to pass the rear of the Park Hotel on her way to meet the royal couple at twelve.

She had been lucky. If she had taken the front way, past the hotel’s main reception, she would have been killed.

She stood up. The bright sunlight was already becoming milky, the shadows losing their hard edges as the dust cloud spread out. She tried to run. Her legs felt weak, her movements stiff and disjointed.

Maybe that had been the idea. They’d targetted her father five years ago; maybe now they were coming after her.

Gavin caught up with her. He dropped his phone into his pocket and took her arm. He led her to the shelter of a tree, all the time scanning the park and the road beyond, checking, watchful.

‘Are you alright?’ he said. His voice was distant, muted by the ringing in her ears and the constant hiss of falling debris.

‘I’m fine.’ She cleared her throat. ‘You need to get to the hotel. They’ll need someone who knows what they’re doing. Shit, Gavin, was that…?’

‘It was a bomb. I need to get you somewhere safe.’

‘I’m going to the Palace! How much safer do you want?’

‘We don’t know the Palace wasn’t the main target. I’ve seen this before, remember? The first one’s a distraction. Foot soldiers make the most of the chaos that follows.’

‘Then stop making me a sitting duck out here!’ She looked him in the face. The man who bore a three-inch scar across his face where an Iraqi bullet had come within a whisker of blowing his head off… she’d never seen him so edgy before.

‘Let me go,’ she said. ‘The longer you keep me out in the open, the worse it gets for both of us. And them.’ She nodded towards the hotel. A couple staggered around the corner: a man holding a woman upright, both of them grey with dust and glistening with blood. The man waved an arm in their direction and Gavin held his hand up.

‘OK, go,’ he said. ‘I’ll call Palace security, tell them you’re on your way. Check in with Downing Street as soon as you’re safe.’

‘Of course. I’ll speak to you later.’

Someone screamed inside the hotel, a long, animal howl. Others were shouting now, calling for help. A police motorcyclist weaved through the stopped traffic and leaned his bike on the stand. He ran into the dust cloud. All around people were on the move. Some ran towards the building, cameras in hand; most ran away through the ragged lines of cars. People were coming from the building too now, grey and dazed, some nursing horrific injuries. There were sirens in the distance.

Ruth stood for a moment as Gavin followed the lone police officer into the chaos, then forced her legs to move. There was a rumble as another part of the hotel collapsed. More screams. Car alarms in the underground car park. Someone behind her shouted. She turned and saw the car approaching, fast, along Broad Walk.

It passed her and swung hard left to block her path. The passenger door burst open.

‘Miss Morgan. Come with us.’

The Specialist Protection Branch officer flashed his ID at her and opened the rear door of the Jaguar. The clip on his gun holster was open, as if he was expecting trouble.

‘No, you’re coming with us. Prime Minister’s orders. We need to get you out of here. Now.’

She looked towards the Palace gates where security officers were beginning to swarm, MP5 carbines across their chests. There was another loud explosion from the hotel: a car’s fuel tank maybe.

Or a second bomb.

Gavin Byers worked for her – he did what he was told. Specialist Protection worked for the government, and she was as much a subject of their authority as anyone else, whoever her father might be. She opened the rear door and slipped in. The SO1 man rounded the back of the vehicle and got in beside her.

They sped off north and turned right onto Bayswater Road, into a stream of emergency vehicles heading towards the hotel.

‘Raha,’ the nurse said from the doorway, ‘you’ve got a visitor.’

‘No idea. Governor phoned through to say a man’s on his way to see you. Come on.’

‘Here? Not in the interview suite?’

‘Why, you thinking of making a run for it?’ He smiled. ‘We’ll get you a room in the treatment annex. You don’t want to go where they have to screw the furniture down.’

Golzar wiped her hands on the towel draped across her knees and stood up. Her cell, like all the cells on F Wing, had its own tiny wash room and she went through and ran a glass of water. Her midday pills were still in the little paper cup that the orderly had brought half an hour earlier and she quickly swallowed them. Her face in the steel mirror was shiny with fluocinonide cream and a pulse beat in her neck.

She stepped out of the cell. ‘One man?’ she said.

‘Why don’t we go and find out?’ He motioned for a guard.

‘Don’t cuff me,’ Golzar said. The nurse gave her a sympathetic look. ‘Please.’

‘It’s standard procedure,’ the nurse said. ‘Got to be done. Put your hands out in front of you.’

She did and the rigid handcuffs were snapped around her wrists. Her only means of defence was lost. If someone had been sent to kill her, this time they were going to succeed. The nurse consulted his clipboard.

‘The activities room’s empty,’ he said. ‘I’ll send your visitor down when he arrives.’

The guard took her by the elbow and walked her towards the treatment annex.

Raha Golzar had been in Low Newton Prison for fifteen months now, a paranoid schizophrenic with an IQ of 180 but living in a world of unstable and dangerous fantasy. At least, that was what her file said. There had been no arrest, no trial, no legal process. They had lured her into a trap. Someone had decided she was a liability and they needed her off the streets. Even in liberal Britain, they had ways of making their enemies disappear. For a while at least.

Between pointless meetings with her psychiatrist she participated in their structured activities, learned to cook, meditated or played chess. She even sang ‘Yellow Submarine’ once. But all she really did was wait. She rarely spoke to any of the other women on the wing, and only to the guards and nurses when it was in her interest to do so. They’d tricked her once; they wouldn’t do it again.

The guard unlocked the door to the activities room and led her in.

She sat in one of the dark green Chesterfield sofas and flexed her wrists in the cuffs. Sun streamed in through the window and the room was uncomfortably hot. She hated the English summer. Her immune system was shot from years of abuse and she found the damp, humid climate unbearable.

Her visitor was brought into the pale green room five minutes later. Tall, athletic and wearing an immaculate wool suit even on this hottest of days, he had the bearing of a high-ranking official.

‘My name is Donald Aquila,’ he said. ‘I’ve been retained as your legal counsel.’ He took a file of notes from his case and opened it on the table between them.

‘Could you leave us?’ he said to the guard.

‘Patients are not allowed to be out of sight,’ the guard said.

‘Then stand outside and watch through the door. This is a legal representation.’

The guard shrugged and stepped out. He left the door an inch or so ajar and leaned against the wall, watching through the narrow window.

‘And why would I need a lawyer?’

‘You’re being moved to Holloway. Your trial will start on Monday.’

‘Trial? On what charge?’

‘Section 5 Terrorism. I can’t be any more specific than that right now.’ He smiled. ‘Blame the new Security Act.’

‘Of course I do. My employers just need to make sure we’re all on the same page with this.’ He looked down at the papers on the table.

‘Let’s begin,’ he said. ‘You are an Iranian national, seconded to the Occupied Palestinian Territory as a nurse. You were arrested in West Jerusalem in a case of mistaken identity…’

Golzar looked at the guard. He was staring at the floor now, satisfied that this meeting was not about to turn ugly. He would be unable to hear much of their conversation amongst the low-level chatter on the wing and the noise from the Programme’s kitchen next door. Music drifted along the corridor from the room at the end where five inmates were making leaden progress through the Beatles’ ‘Yesterday’.

Killer Temptation by Willis, Marianne
Leap of Faith by Blair, Jamie
Leashed by a Wolf by Cherie Nicholls
A Kiss Before the Apocalypse by Thomas E. Sniegoski
1971 - Want to Stay Alive by James Hadley Chase
Crunching Gravel by Robert Louis Peters
Blame It on Paris by Jennifer Greene
For Everly by Thomas, Raine
The zenith angle by Bruce Sterling
Ashes of War (Sons of War) by Lia Davis