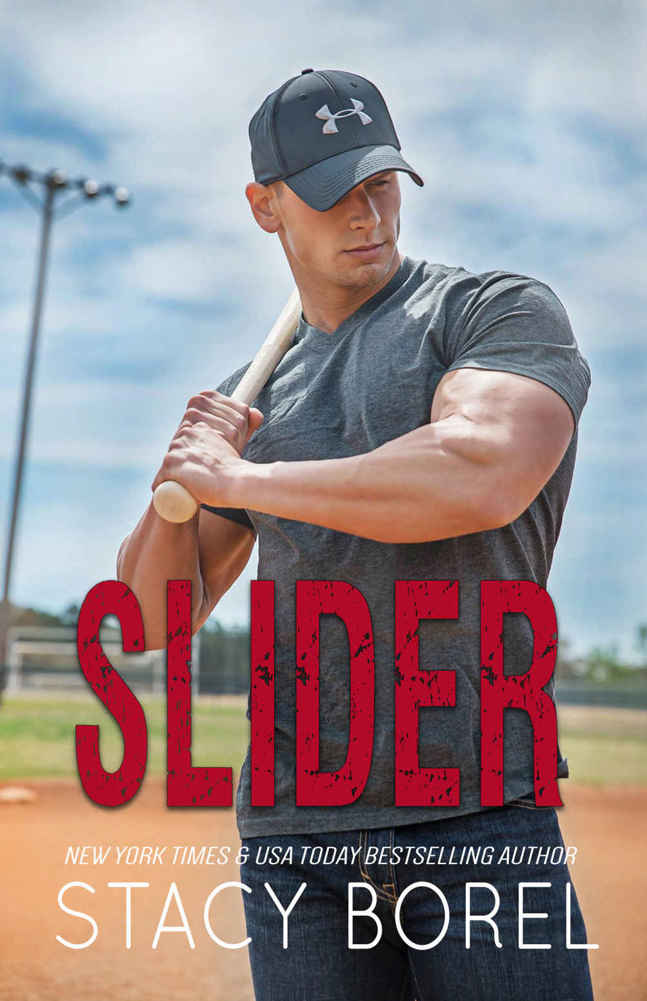 Cover Design by Kari from Cover to Cover

Interior Design by Formatting by KassiCoop

All rights reserved. Except as permitted under the U.S. Copyright Act of 1976, no part of this publication may be reproduced, distributed, or transmitted in any form or by any means (electronic, mechanical, photocopying, recording, or otherwise), or stored in a database or retrieval system, without prior written permission of the author. The scanning, uploading, and distribution of this book via the Internet or via other means without the permission of the publisher is illegal and punishable by law. Please purchase only licensed authorized electronic editions and do not participate in or encourage electronic piracy of copyrighted materials. Thank you for respecting the hard work of this author.

The author acknowledges the trademarked status and trademark owners of various products referenced in this work of fiction have been used without permission. The use of these trademarks is not authorized, associated with, or sponsored by the trademark owners. The characters and events portrayed in this book are fictitious. Any similarity to real persons, living or dead, is coincidental and not intended by the author.

THE SUN SHONE BRIGHT
in Athens, Georgia. I was spending the afternoon with my friend, Keegan at her boyfriend’s parent’s house. We’d just did the grand “march across the stage to be handed a blank piece of paper that was supposed to represent our diploma” ceremony. Graduating from nursing school had been a big deal, but my day was severely dampened by the fact that my parents were not in attendance. I didn’t necessarily feel alone, or like each step I took across the stage would cause me to suddenly burst into tears because nobody was here to cheer me on in the crowd. It felt more like a simmering anger down in my gut that, once again, this was a milestone I was celebrating on my own. When you’ve been an orphan since the ripe old age of sixteen, you not only start to accept the quiet, you welcome it. You learn to hold your shoulders back instead of slouched from defeat. You become strong in the moments of weakness and I’ve become my own support system. On this day though, I felt like a cloud was hovering over my moment of joviality. I wanted to see my mother’s bright red hair blowing in the wind, smiling as she held a Kleenex to her reddened eyes. I wanted to see my father clapping and cheering me on as if this day belonged to only me. Instead, they weren’t here, and every fiber of my being felt saturated in sadness. I switched that emotion to anger because it felt more tangible. So when Keegan asked me to come spend time with the Brooks family, I accepted. I wanted to feel a connection, even if it wasn’t my own. I wanted to surround myself with a family. I was appreciative of her offer, that is until it wound up being a giant pain in my ass . . . or ankle as it happened.

The Brooks family had a tradition that they played baseball every time they got together. This family took their baseball seriously, as evidenced by their boys being named after baseball stadiums. Keegan really wanted me to hang out after lunch to play. I wasn’t so sure I should have for a couple of reasons: one, I wasn’t really wearing appropriate clothing for outdoor activities, and two, I had never played baseball before in my life. However, hearing her excitement for the game is what changed my mind. It was fun watching the family pick teams, and heckling one another about who was going to win. Family dynamics always gave me a twinge of something. I wouldn’t call it jealousy, because that wasn’t the right word. No, it was more like envy. Their family unit was something I desired in my own life. Yeah, I was envious of their connection.

As the game progressed, all was going well until it was my turn to bat. I hit a grounder and began running the bases. I rounded third but, unfortunately, my foot caught the lip of the base and down I went,
hard
. There I lay, splayed out in the dirt, and my pride sitting somewhere back at second base. Pain shot through my ankle the moment I tried to lift myself from the ground to stand. Wincing, I grabbed my leg, cursing under my breath. Son of a bitch, that hurt! Looks like fashion didn’t beat out practical today. I heard the sound of shoes crunching on the ground coming up beside me. Somehow, I instinctively knew who it was before his shadow shrouded over me blocking the sun. My eyes ran the length of him. Up and up I glanced, taking in every inch that was Turner Brooks. I noted just how tall he really was. From this angle, he was a giant. Then again, my butt was currently on the ground in a non-graceful manner so, of course, he looked ginormous. My tummy did a little flip when I made eye contact with his crystal blue ones. He took a moment to look me over, probably deciphering what kind of idiot I really was, before he crouched down beside me.

“You alright?” he asked.

The deep baritone of his voice made my breath catch. I simply nodded. Keegan came running up to my other side and I turned my gaze in her direction. Her face was etched with concern. I really hated the look of pity she was giving me. Don’t feel sorry for me. Don’t
ever
feel sorry for me.

“Annabelle, can you roll it this way?” Turner asked, bringing my attention back to him.

I tried to wiggle my now tender ankle. The moment I moved it, pain sliced through my foot and I hissed. Could this day get any crazier? I shook my head. “How embarrassing! I’m so sorry for ruining the game.” I placed my face in my palms.

“Hush,” Turner scolded. I glanced up at him, taken aback by his tone. “You didn’t ruin anything. Accidents happen all the time, plus you’re wearing flip flops, so that didn’t help.”

I was about to say something when Keegan jumped in and spoke. “Turner, scolding her isn’t helping anyone.” Keegan may be smal, but the glare she gave him was fierce. “Can you at least tell if it’s broken?”

I peered between the two of them and watched a silent show down take place. Turner’s jaw was clenched in frustration. I couldn’t tell if it was toward Keegan or me, but I could only assume it was the latter. Of course he was frustrated with me, we were all having fun and I interrupted it because I so gracefully decided to see what the dirt tasted like.
Awesome.
Keegan, on the other hand, just looked confused. Turner reached out and gingerly lifted my foot, supporting it with one hand under my heel, while his other hand tenderly pressed around my ankle.

“Doesn’t feel like anything’s broken, but you’re going to have to sit out the rest of the game.” I was disappointed because I was enjoying myself.
Wonderful first impression, Annabelle
. I silently told myself. “In fact, I think you need to go back to the house and get some ice on it before it starts swelling,” Turner stated.

As a new RN, you would think that I would have thought about the ice . . . nope! I looked at Keegan. “I can’t believe this happened, I’m not normally this clumsy.” Except I really am. I could trip and fall even while standing completely still.

The confused look Keegan held earlier was now wiped away. Her blue eyes were soft when she replied, “No worries. I just hope that you’re okay.” She turned towards her boyfriend, Camden, whom is probably the second hottest guy I’d ever seen, (we don’t need to talk about the man currently hovering over me taking first place in that category) and asked if he could come help me get on the golf cart. Just as Camden started walking towards me, two strong arms lifted me in the air and I instinctively wrapped my arms around Turner’s neck.

“I’ve got her,” he replied as he moved us away from everyone. I had no doubt they were all looking on in confusion.

“What are you doing? I could have walked you know.”

He rolled his eyes. “No, you couldn’t. You already tried to wiggle it and look how far that got you. Just hush and let me get you on the cart.”

The little butterflies in my tummy were fluttering wildly now. Turner was currently caring for me as if he knew what he was doing. I was aware that Camden owned a gym, so I imagine they all knew what to do in case someone got injured. But I felt like I was a hindrance to his game with his family. Getting a headache right between my eyes, I closed my mouth and chose not to argue, and just relax until we got back to the house. When Turner set me on the overheated plastic seat, he didn’t give me a second glance as he rounded the front and slid in next to me. Turning back towards the field, I noticed the game had resumed but Keegan stopped and gave me a small wave and a sad smile. I lifted my hand in return just before Turner drove us away. Every little bump on the road jarred my ankle and I gritted my teeth to keep from whining about the pace he was driving. Surely he must know the jostling was making the injury ache. Clenching my fists in the seat, I saw Turner glance down at my hands and he let off of the gas a little, but he remained quiet. I thought he might’ve asked if I was doing alright, but he didn’t. He stayed quiet just as I was. Folding my arms over my chest, I closed my eyes and let the steady hum of the engine relax me until I felt us coming to a stop.

As Turner shut off the cart, I opened my eyes and swung my legs out and used the back of the seat to lift myself up while I held my sore leg up. He came around to me and acted as if he were going to pick me up again. This time I held my hand up to stop him.

“Annabelle, I can easily carry you inside.”

I met his blue eyes. “I said,
no
.” His jaw ticked and he huffed before we walked into the house.

I gave a little hop, letting go of the seat. Wobbling, I almost lost my balance but regained control and hopped again. I made a few more jumps, grabbing on to things in the garage as I went along. A very frustrated looking Turner stood at the door to the mud room. When I finally made it to him, he looked down at me. He was already much taller than my five-foot-five stature, but when he was standing up on the step, he towered over me. As if trying to intimidate me with his size, he continued to block the entrance into the house. My leg that was currently holding all of my weight was getting tired and I desperately just wanted to sit down. Grasping the door frame I gave a little jump and nearly bumped into him when I hopped inside. He stepped back before our bodies touched and admittedly I was slightly disappointed that he did. Shaking it off, I looked at him over my shoulder, hobbling my way through the narrow hall.