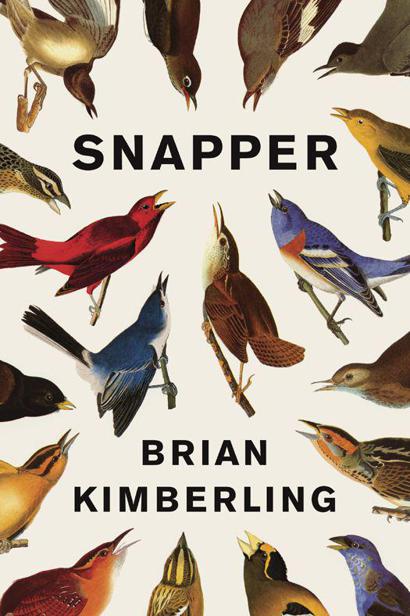 All rights reserved. Published in the United States by Pantheon Books, a division of Random House, Inc., New York, and in Canada by Random House of Canada Limited, Toronto.

And I’d never ever kissed a woman before
.

I
Some Old Horses

I got my job by accident. A sycamore tree landed on the roof of my predecessor’s 4 × 4 during a thunderstorm. He spent six months in a neck brace.

“He shouldn’t have been in the car,” said the boss, Gerald, during my interview. “We work in all weather.”

Gerald is pigeon-toed, with an aquiline nose and crow’s feet around his hooded brown eyes—a caricature of an ornithologist. He even picks at his food. He’s a Princeton professor now. Back then he was a PhD candidate surveying the effects of habitat fragmentation on neotropical migrant songbirds in south central Indiana.

A mutual acquaintance named Lola had introduced us. All Gerald wanted to know was whether I could read a topographical map and identify common trees.

I said I could.

Prove it, he said.

We looked at a map together and took a stroll through the Indiana University campus arboretum, which was slightly unfair since they weren’t common trees. But time was short and with a success rate south of 50 percent I still got the job.

“Memorize these,” he said, removing an unmarked cassette from his shirt pocket. It was birdsong. That is what he listened to on his car stereo, too.

“And Nathan,” he added, “to be in the field by five a.m. you probably want to set your alarm for four thirty.”
Want
is not the verb I’d have chosen. I was to work six days a week.

I was lucky he didn’t test me on other things I would need to know.

Trigonometry, for example, or what to do when you’re twelve miles from shelter and the sky turns soup green. Indiana doesn’t claim the most tornadoes annually in the United States, just the deadliest. This is partly a function of the number of trailer parks and mobile homes scattered throughout the state. “God hates white trash” is the vile refrain you hear everywhere after a lethal twister.

“Lola,” I said, “how do you know Gerald?” I had found it better not to ask Lola how she knew other men, but Gerald seemed a safe bet. He didn’t have time for girls.

“He saved my starlings from my cat,” she said. She had a nest in the eaves of the one-bedroom house she rented. “He lives next door.”

“So they fledged,” I said. She had showed the nest to me one morning after I had scrambled some eggs and she had brewed some coffee and we sat at a little table on her front porch. But she usually came to my house, and I asked her
about Gerald there over pancakes she had made. She used orange juice in the batter, which may seem counterintuitive but can’t be beat.

“Virgil watched the nest for days,” she said. Virgil was the cat. “I dreaded it, but I didn’t know what to do. Then one afternoon this skinny bearded guy was hopping around in the yard with Virgil chasing him. He moved them to his yard and said the parents would do the rest if I could keep Virgil on my patch.”

“But how did you get on the subject of the bird job?” I said.

“He seemed sort of lost,” she said.

“I thought he lived next door.”

“I made him some banana bread to say thanks,” she said. “He just stood in the door blinking as though nobody ever gave him such a thing.” That may have been accurate, but I suspected that he had never encountered anyone as lovely as Lola before. Her charm lay not in her husky voice or delicate face or fluid figure, but in the way that all these things reflected her intense and genuine pleasure in seeing you. I would like to make that seeing
me
, but she wasn’t very discriminating. She had long coppery hair and freckled arms and calm blue eyes, but I think that was only when I looked at her. She could make herself instantly into anything you wanted to see. I pictured Gerald squirming under all the flattering attention she could put in a single glance.

“After that he crawled back under his rock,” she said. “Of course. So I invited him over once. I had some friends around and I asked if he would like to join us.”

“When was this?” I said. I wanted to know which friends. She ignored the question.

“He didn’t show, and I got kind of bored with my party.
Everyone talking about concerts they had been to. So I grabbed a couple of beers and slipped out. We sat on his front porch for almost an hour.”

“That might be the longest Gerald ever sat in one place,” I said.

“About once a week I go over and have a beer on his porch,” she said. “We talk.”

“Do you throw him toast in the morning?”

She scowled. She was not always honest, but she was never rude.

“I’ve only been in his house once,” she said. “He has a sofa and two bird books. That’s all. I feel sorry for him.” The last man Lola felt sorry for proposed to her. Still, Gerald was Gerald, and I didn’t worry about that.

On June 22 of that summer, between five and eleven in the morning, I found twelve nests. That’s more than most people accomplish in a lifetime. Two were Kentucky warblers and one was an ovenbird. The females of both species are deeply crafty. Locating their nests is not a question of looking carefully around: you have to outsmart them. The male, off bragging somewhere, gives you some idea what territory they claim. Within that territory the female is keeping an eye out for people like you (or foxes, raccoons, and hawks like you). You won’t spot her on the nest: a Kentucky warbler is bright yellow, but her nest is partially enclosed, and an ovenbird’s camouflage is perfect and she holds very still unless you get within six inches or so. Both are ground nesters. To a human eye one reed or branch looks much like another, but she’s on intimate terms with each of them. If you do spot the ovenbird away from her nest, she pretends her wing is broken and
hops along the nearest ravine, hoping you will follow. The Kentucky warbler is more sadistic. She doesn’t feign injury, but she leads you away from the nest until you are ankle deep in mud or rattlesnakes or both. The only way you will find her nest is if she shows you, and she won’t show you if she knows you are there. It’s like staking out the girls’ shower block at summer camp. It can be done, but it takes skill.

Gerald routinely reported more than twenty finds a day. For the first week I just shadowed him. We walked into the forest and abruptly, when I couldn’t tell when or why, he would sit down on a convenient log and close his eyes. Gerald was very angular, with a scraggly red beard and a semi-hunched back; he reminded me of a garden gnome. After ten minutes he would open his eyes and quietly announce that the Carolina chickadee I hadn’t heard probably nested in the hickory stump I hadn’t noticed on the way in, and at least four Acadian flycatchers were active in a nearby creek bed. He could tell what vegetation lay in which direction just by listening to which birds favored that area.

At times I imagined that I didn’t hear any birds at all, so loud was the sound of Gerald’s calibrated brain absorbing and interpreting so much delicate information. The more familiar I became with the work, the more impressed I was with his mastery of it, and years later, with substantial experience under my own belt, I was never even a Watson to his Holmes.

At first he sent me to find the flycatchers because they’re easy. They decorate the nest with dangling cobwebs.

Gerald was not entirely without humor. Once when he spilled peanuts over his car seat he looked at them perplexedly for a moment and exclaimed “Nuts!”

In the second week he showed me how to catch and weigh birds, band them, and draw blood samples from a vein beneath the wing. It involved a loud tape recorder and a nylon mesh called a mist net stretched between two poles. It looks like a little volleyball court in the woods, but the net is virtually invisible. A male, hearing a recording of his own song within his own territory, will fling himself desperately around in an attempt to find his rival, and eventually find himself captive.

“What if you wanted to catch an owl or an eagle?” I said. I held a trembling wood thrush in my hand, my favorite bird. It has a flutelike song, and the female can build a nest in twenty-four hours. I couldn’t see how you’d apply the same techniques to a predatory bird twelve times the size of a wood thrush.

“Same process,” he said. “Might not work on an ostrich, though.” He almost chuckled as he spoke.

I had been working solo for about three weeks, reporting to Gerald every few days, when he showed up unexpectedly where I parked my pickup truck at the start of the Ten O’Clock Line. It’s a hiking trail now, but in 1809 it was an international border. To the north lay the Indiana Territory of the United States and to the south a loose coalition of the Miami, Delaware, and Potawatomi. Legend holds that a Miami chief called Little Turtle mistrusted the white man’s surveying equipment. After planting a spear in the ground, he decreed that its shadow at ten o’clock would mark the new boundary.

He held an enormous spool of measuring tape, a handheld gadget I didn’t recognize, and a clipboard.

“We’re going to map the terrain,” he said.

That seemed silly to me. We had topographical maps and the park rangers had GPS coordinates we could have borrowed, though GPS wasn’t common then. I said so.

“In millimeters,” he said.

The gadget was an inclinometer for measuring slope. Much as a sailor might hold a sextant up to the night sky, you aimed it at a tree trunk on a ridge or in a ravine and it gave you a number to write down. The measuring tape was for nest heights and the distances between them on the ground. Gerald mumbled, so I gathered this more by watching than from any coherent explanation from him. The only talk for the next three and a half hours was me cursing undergrowth and mosquitoes while we unspooled the measuring tape, sometimes several lengths in succession, took slope readings, and climbed trees to get the heights down. Gerald was 3,675.6 millimeters directly above me in a red maple when he spoke.