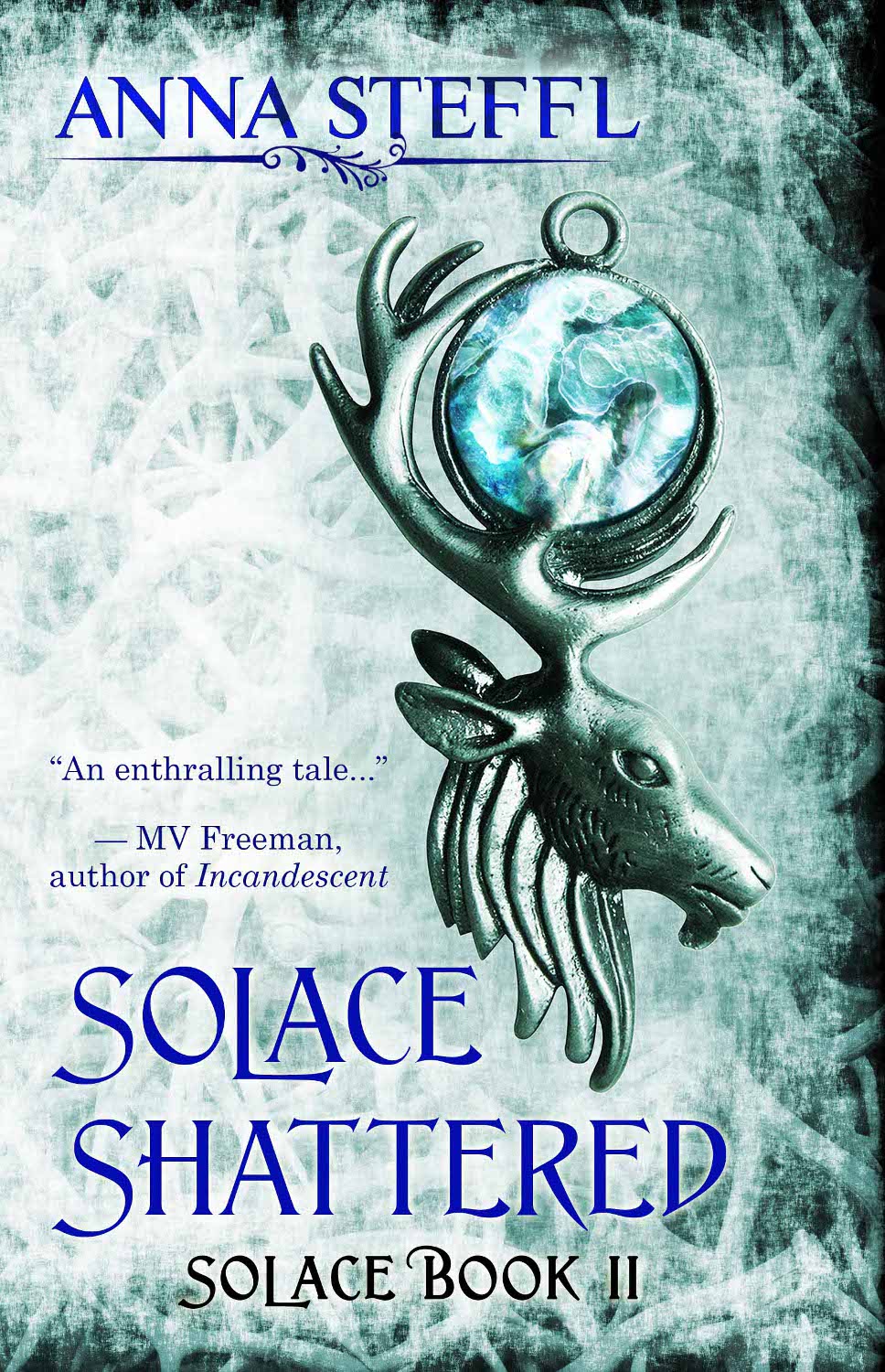 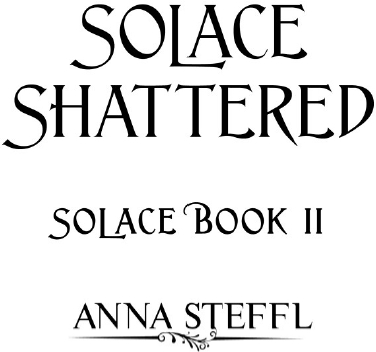 All rights reserved. No part of this book may be reproduced or transmitted in any form or by any means, electronic or mechanical, including photocopying, recording, or by an information storage and retrieval system, without permission in writing from the publisher, except for the inclusion of brief quotations in a review. Inquiries should be addressed to evenSO Press, LLC, 3965 West 83rd Street #267, Prairie Village, KS 66208,
www.evensopress.com
.

This is a work of fiction. Names, characters, places, and incidents either are the product of the author’s imagination or are used fictitiously. Any resemblance to actual persons, living or dead, business establishments, events, or locales is entirely coincidental.

Cover Design and Interior format by The Killion Group

To those who read Seeking Solace and now are reading these words, thank you.

My Pleasure Is Here

A Devil of a Different Sort

A Matter of Conscience

Many Games Are Played at Once

In the Shadows of the Saviors

The Impossible and the Inevitable

Heaven, Hell, and the Place Between

Pinned by the Stag’s Antlers

An Excerpt from Book III of Solace, Solace Arisen

Lady Martise—widow of the king's brother, hostess to Solacians in Acadia

Attaché Honor Keithan—assistant to the prince

Miss Gallivere—a friend of the princess

The Scyon—a spirit recalled from Hell

Paulus—ended Reckoning with the Blue Eye and the sword Assaea 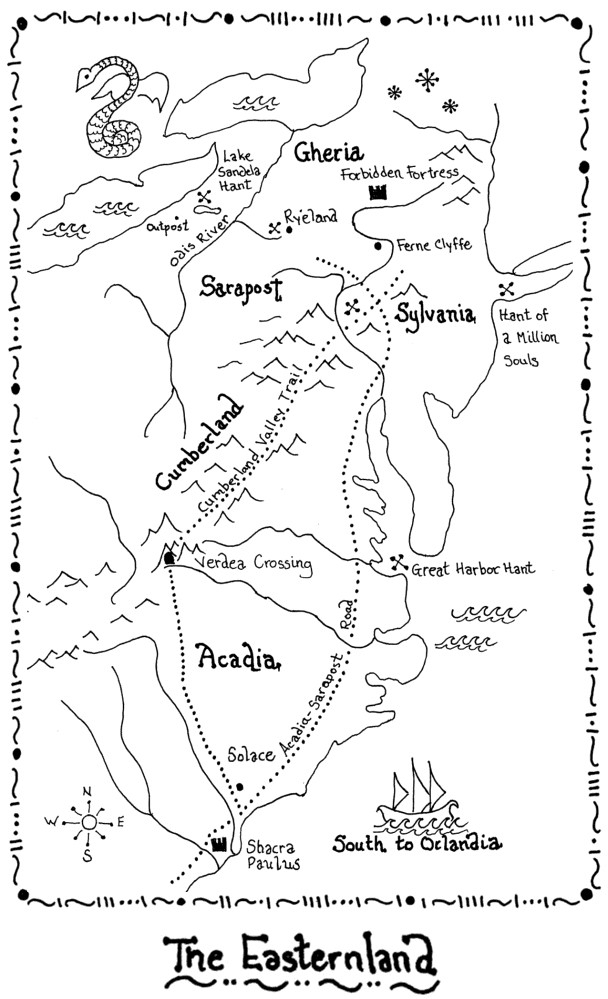 MY PLEASURE IS HERE

Perhaps only now is the reason you were chosen for this task fully revealed. Your brother told me what happened the winter you came to Solace. Though caring for your father was a dire duty, you endured. I cannot pretend that our hopes for finding a champion are not greatly diminished by the prince’s failure. But staying the course, though it has grown harder and steeper, is the only path for one with a conscience. What hope you have in staying in Shacra Paulus is impossible to foresee, but the alternative is certainly despair—for what must come and for what might have been.

The Provincial Meeting, the Citadel of Acadia

A
s they sat on the dais to the king’s left, before hundreds of most important men in the Easternland, Princess Jesquin Lerouge whispered, “It’s beastly hot,” as she randomly pricked the wax tablet on her lap with the stylus.

A better tutor would have hushed her student and made her rub out the pricks, but Arvana felt each one as if it were a gouge in her skin; being in the rotunda reminded her of Prince Chane Lerouge and the failure of her first duty. It was an oppression far heavier than that of air that dripped with the suffocating smell of men sweating off their Rabian perfumes. She dabbed her damp forehead with the sleeve of her gray habit. As the superior wrote, she
could
endure staying in Shacra Paulus. A part of her knew being here, seeing daily reminders of Chane Lerouge, was a penance for allowing her vanity to persuade her to consider the prince’s advances. How was that shame ever to be lifted from her conscience if she ran from it? But so much more was at stake than her soul that she felt ashamed to even consider it as part of her reason for staying in Shacra Paulus. What was the reason? What chance was there that she would hear of the draeden at this meeting of officials? And if she did, what could
she
do? Excepting the king’s guard, none of these men, stuffed into silk suits and preening to be seen, could take a sword against a draeden. The superior had no plan. But, to do nothing, keep the relic in Solace, was even less of a plan. Arvana’s mission, which had once been so clear—to judge if Prince Lerouge was worthy and able to use the Blue Eye—had, at his failure, become diffuse, as hazy as the line between sea and sky on a humid day. It now might as well be to mark the days until their doom when the fire draeden would descend from the brutal summer sky to turn an already simmering city into a forbidden, ashy hant. The comparison the superior made to Arvana tending her father was an apt one.

At the announcement, “Governor Keithan of Orlandia’s War Report,” Arvana roused from her gloom. She wished to hear of her friend.

“Must we stay for the whole thing?” the princess groused a little too loudly.

Arvana held her finger to her lips

An official read, “On the inland front, I am grieved to report 1,224 soldiers lost in an engagement at the Fort of the Wide River.”

Dear Keithan. She wished she could test him with the relic, but his allegiance to the crown and Chane meant he would do as others bid.

“Is it ever good news?” Jesquin fanned herself with her hand.

The princess rolled her eyes but rubbed the pricks out of the wax. To attend the meeting, which was during tutoring hours, Arvana had told Jesquin it was to be a lesson.

Valiant?
At the mention of the prince’s name, Arvana’s throat tightened and an image of his fierce eyes flashed into her mind, but she forced herself to listen.

The report droned on about the logistics of the war. Arvana glanced to the princess’s notes—she was drawing a dress bodice. At least she wasn’t complaining.

Prince Fassal was Lady Martise’s nephew. He’d paid a moment’s visit to their home last night upon arriving in Shacra Paulus. Easily recognizable by his mop of dark, curly hair, the Sarapostan prince was dodging and weaving through the clusters of officials, rich merchants, and foreign diplomats. Another man, with blond hair tied in a ponytail and easily taller by half a head than the prince, followed him. Why did he look familiar? Ah, he was Chancellor Degarius’s son. He hadn’t come last night, but Prince Fassal had spoken of him. He was tall, just as his father, and they shared the same long hair, but the son wore glasses and had the broad shoulders of a soldier instead of the narrow ones of a diplomat.

King Lerouge greeted Prince Fassal with a barely perceptible nod of his fleshy, bearded chin. It was neither gracious nor welcoming. As Lady Martise explained, the Sarapostans were here to beg for aid from an already strapped Acadia. “How is your father?” the king asked wearily of the prince.

“Excellent, King Lerouge,” the Sarapostan prince answered cheerfully despite the king’s gravity. “He sends his sincere good wishes for your health and prosperity.”

The king shifted his bulk. “You’re here to deal with my armament guilds. You have my leave but expect no donations.”