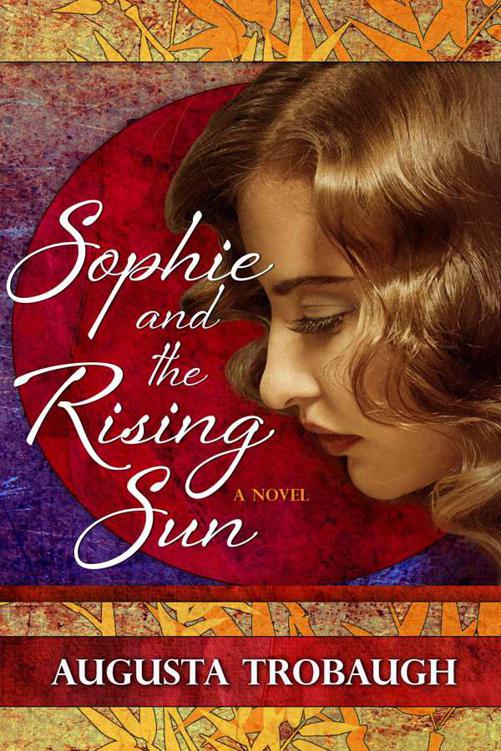 A World at War.

Next from Augusta Trobaugh

A World at War.

A small Georgia town. A man and a woman isolated by fear and prejudice.

In the dark cabin, Mr. Oto slept, dreaming that he was tending the flowers in his father’s garden with the warm California sun glowing against his back. His grandmother was standing in front of where he was working in the flower beds, and he could see her feet encased in tiny, brocaded shoes, and he heard her saying, “. . . so that the great crane turned into a beautiful bride who came to the old woodcutter’s hut to bring him love and good fortune.’’

Then, in the dream, he stood and looked past her tiny shoulders to the snow-covered land where the great cranes were dancing with their wings spread wide and their heads pointed toward the heavens. The great, horned feet prancing and dancing in the pure snow and the red streaks on their heads against the white snow and the white feathers like silent fireworks.

One lone crane, a female with no mate, separated herself from the dancing flock and walked toward him slowly. Majestic head held high. And the deep eyes gazing at him out of the glare of winter sun.

But even in his sleep, Mr. Oto knew of the movement of the blanket nailed over the open doorway, and he sat up, half-asleep and looking at where the Crane-Wife stood, gazing down at him and with the beam of a bright light coming from her eyes to illuminate the darkness.

This is a work of fiction. Names, characters, places and incidents are either the products of the author’s imagination or are used fictitiously. Any resemblance to actual persons (living or dead,) events or locations is entirely coincidental.

We at BelleBooks enjoy hearing from readers.
Visit our websites—www.BelleBooks.com and www.BellBridgeBooks.com.

Praise Jerusalem
Resting in the Bosom of the Lamb
River Jordan
The Tea-Olive Bird Watching Society
Swan Place
Coming Soon: Music From Beyond The Moon

“Trobaugh depicts in aching detail the isolation that racism occasions, and once again suggests the small but heartwarming triumphs made possible by human dignity and courage.” Publishers Weekly

Trobaugh’s story of love lost and found in a small Georgia town sparkles with wonderful moments and expertly created characters... readers who have not read her previous novels are bound to want to rectify that situation. Booklist

Also Available: SOPHIE AND THE RISING SUN, unabridged audiobook, at Amazon.com, Audible.com and iTunes. Narrated by the late Rue McClanahan, star of the beloved TV series, The Golden Girls.

For Sophie: “For my daughter, Melanie, a true romantic.”

Some folks in this town still think I know what really happened to Sophie—leastwise those folks old enough to remember Pearl Harbor and the terrible days that followed.

Why, to this very day—over twenty years later—once in a while, somebody will say to me, “Miss Anne, you can tell me what
really
happened to Sophie, now that it’s been so long.”

But I can’t tell them.

Because I was never sure.

And I guess the reason they ask in the first place is that most of us still care about Sophie and want to know that she’s all right.

To be truthful, I guess everybody in town—leastwise those old enough to remember—always felt a little bit bad for Sophie, how she wasted all her youth and beauty—and to be perfectly truthful, there was precious little of the latter—taking care of her mama and those two old aunts. Everybody used to say that one day, Sophie would just up and run off and get married. When she was younger, I mean. But she never did. Guess you have to have a young man to do something like that, and I don’t think there was anyone who was interested in her.

There was a little talk about a beau, just before the Great War—World War One—but most of those boys never came home again. Boyd and Andrew and Henry and others whose names I can’t remember now, so if there was ever someone who was interested in Sophie—and I doubt it—he must have been one of them. It really didn’t matter, anyway, because if anyone had come around about Sophie, her mama and the aunts would have nipped that right in the bud. I’m sure of it.

“Nothing lasts,” her mama used to say. “So no use in Sophie getting started with it.”

Sophie’s mama was always like that. Bitter, in general. And about men, in particular. How on earth she ever agreed to marry any man is beyond me. All I can say is that Mr. Willis must have slipped her some elderberry wine or something. Because they only kept company for about a month or so, and the whole time, everybody in town could hear her berating him in a loud voice, right there on her front porch when he came courting. But he just kept on coming. Sat right there in the swing and smiled off into space while she went into tirade after tirade. Maybe she finally wore herself out.

Mr. Willis was quite elderly, and I guess he’d learned plenty of patience. Of course, Sophie’s mama was certainly no spring chicken herself, by then, but she hadn’t learned anything about patience. Never did, to tell the truth. But I guess one thing that kept Mr. Willis coming around was that he figured it was his last chance to get married.

Then he took her off on a grand honeymoon trip to New Orleans for two whole weeks, and when he brought her back, she was with child—we found out later. Only about a week after that, Mr. Willis died in his sleep. Left her a well-off widow with a nice, big house. And he left her Sophie, too, though she didn’t realize that right away. And of course, that was certainly some surprise when she found that out. She sent right off to Atlanta for her two old maid sisters—Elsa and Minnie—to come down here to south Georgia and live with her. And they did.

But goodness, what a time they had of it, especially right at first. Because Sophie’s mama must have thought that
they
were going to wait on her hand and foot, and those older sisters must have thought the same thing about
her
waiting on them. Led to an awful lot of fussing and pouting, it did. But eventually, they learned how to get along right well, I guess.

And of course, they were happy about the baby that was coming, so that settled them down a bit. Almost every single evening for months, you could see them sitting together on the porch, crocheting to beat the band—with their heads down and their crochet needles just flashing away. Went at it with a vengeance, they did. Why, by the time that baby was ready to come, they had enough clothes for a whole army of babies! Caps and sacques and booties and sweaters and blankets. But of course, not a single one of them could crochet worth a flip, so the sweaters all had one long sleeve and one short, and the caps would have fit a watermelon, they were so big. And the blankets came out shaped like triangles, for the most part. Still, they did their best, and I guess their hearts were in the right place.

Well, the baby started coming on a Thursday morning—and it turned out to be the longest labor in the history of Salty Creek, Georgia. By Friday night, everybody in town could hear the screaming, and around noon on Saturday, Sophie’s mama was shrieking, “Shoot me! For God’s sake, somebody shoot me!”

King of the Dead (Jeremiah Hunt Chronicle) by Joseph Nassise
The Loud Halo by Lillian Beckwith
The Whispers by Lisa Unger
The Mill House by Susan Lewis
Los Caballeros de Neraka by Margaret Weis & Tracy Hickman
Till There Was You by Lilliana Anderson, Wade Anderson
Tales of Downfall and Rebirth by S. M. Stirling
The Madman's Tale by John Katzenbach
El buda de los suburbios by Hanif Kureishi
Long Live the Queen by Ellen Emerson White