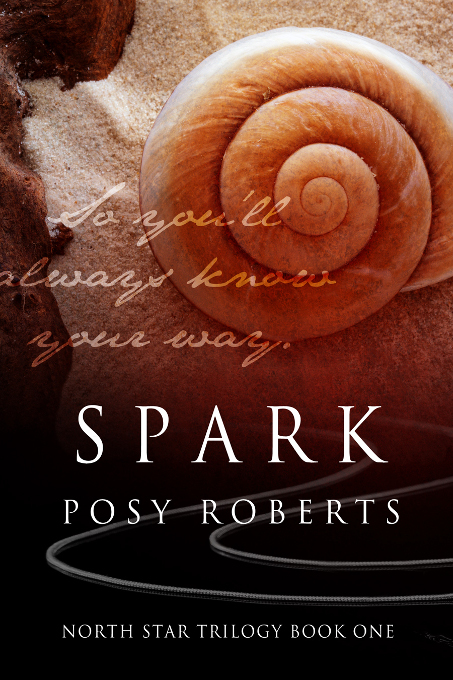 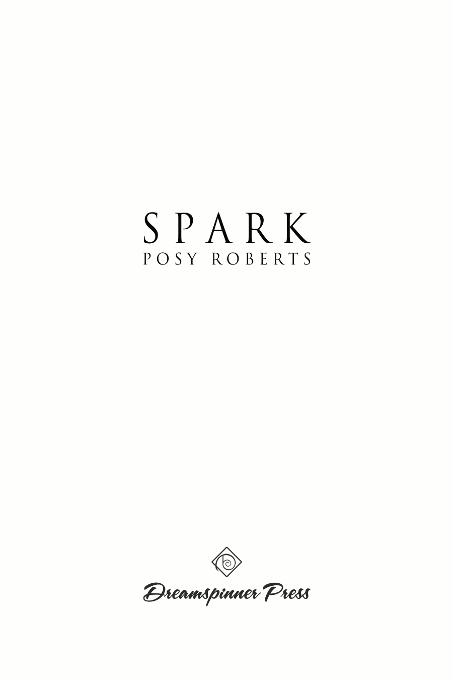 Cover content is being used for illustrative purposes only
and any person depicted on the cover is a model.

All rights reserved. No part of this book may be reproduced or transmitted in any form or by any means, electronic or mechanical, including photocopying, recording, or by any information storage and retrieval system without the written permission of the Publisher, except where permitted by law. To request permission and all other inquiries, contact Dreamspinner Press, 5032 Capital Circle SW, Ste 2, PMB# 279, Tallahassee, FL 32305-7886, USA.

For all those first loves out there who are still not forgotten.

T
HANK
YOU
to my wonderful readers Con Riley, Jay Dellamere Northcote, Virginia, Maggie, Karin, and Janel. You’re the best cheerleaders anyone could ask for. I appreciate your honesty and candor. Warm gratitude and unending thanks go to my editor, Mel. You make me sound so much better.

Special thanks to Connie, Jen, and Poppy for all your time, love, and support. And to all the great authors from around the world who hide with me under our virtual fort of blankets while we sip wine, talk about writing, and push and support each other.

And to John, who allows me to fall in love with the men who live in my mind and then still warmly welcomes me back in our bed at night.

Austin, Minnesota—A small city in southern Minnesota that is the home of Hormel Foods Corporation.

Bars—Any dessert that is baked in a pan and cut into squares. They are a staple at potlucks.

Blame—“Those blame kids!” It’s a very good substitute for “damn,” but for when you can’t swear.

Edina, Minnesota—A first-ring suburb of the Twin Cities. It is often considered the most affluent community in the state.

Hotdish—An all-in-one meal cooked in a casserole dish. In other parts of the United States, a hotdish may be known as a casserole or a hot dish, but in Minnesota, it is most decidedly a one-word phenomenon.

Spam—A canned meat product made mostly from ham that is produced by Hormel Foods, located right in Austin, Minnesota. Since 2001, the Spam museum has been educating the world about the history of Hormel and its canned ham.

Twin Cities—The nickname of Minneapolis-Saint Paul, which are separated by the Mississippi River.

Uffda—An expression that can take place of a curse word or fill in for phrases like “goodness gracious” or “holy moly.” If “uffda” isn’t quite enough, you can say “uffda mada” (pronounced may-duh) for a little extra punch.

Uptown, Minneapolis—An eclectic, vibrant neighborhood in Minneapolis that is well known for its entertainment, the Chain of Lakes, and unique stores. Artists, musicians, hippies, and hipsters feel very at home in Uptown.

A
GENTLE
kiss barely brushing against Hugo’s mouth startled him away from a peaceful, inattentive moment. He didn’t mind. He lay on soft grass cooled by the shade of trees. Kevin hovered upside down above him with his nose near Hugo’s chin. He felt a second kiss, almost softer than the first, bottom lips dragging and pulling against each other as Kevin lifted his head away and came in for yet another.

Hugo could feel Kevin’s soft breaths fan out over his mouth, could taste him, making him want to kiss again and again. And deeper. But Kevin kept it all sweet and tender, lips on lips, the sensitive pull and drag almost ticklish at some points.

A raindrop fell on Hugo’s cheek, but he ignored it. Nothing would pull him away from this perfect moment.

His tongue drifted up just a bit, lightly grazing Kevin’s lower lip as he moved toward Kevin’s chin, and the quiet, wet sounds of their mouths moving together was sinful to Hugo’s ears.

Another raindrop, followed by several more.

Hugo refused to give this beautiful instant up to something as trivial as getting wet, so he tilted his head, opening his mouth for something deeper—something that might ground them enough to ignore the rain that seemed to be coming down harder with each passing second. Kevin licked into Hugo’s mouth, intensifying the kiss, seeming to pour all his love into Hugo’s lips. Hugo tried to do the same, to share the moment with their mouths. They seemed to be informing each other of their love in a way their words never were able to manage.

Then water poured from the heavens, and they were drenched.

Kevin pulled away, quickly helping Hugo to his feet and dragging him by the hand away from the wooded meadow and toward the trail.

If Hugo had known that was to be the last kiss they would share, he would’ve stayed, kissing Kevin with water dripping down his face, into his ears, his mouth, his eyes—his clothes soaking through, his body getting cold. But he had run away from the green meadow framed by trees, following Kevin as tiny purple and pink flowers became a blur the faster they ran.

A
VICIOUS
,
white-hot bolt of lightning split the sky in front of Hugo, bringing him out of his daydream, and was quickly followed by a crack of thunder that seemed to make the car shudder. The monotony of farmland and the vibration of wheels rolling over pavement at sixty-five miles an hour had dulled his mind and allowed it to tumble far, far back into the past, to that beautiful moment, to that
someone
he knew he’d lost forever, to that point in time that had plagued him for years. If he had only stopped long enough to tell Kevin how he
really
felt, he might not have lost his first love.

Scary-looking black clouds ahead were lit from behind. Another gnarled finger of lightning touched the ground below, signaling Hugo that he’d better pay closer attention to the road.

Soon, lush green fields of corn and soybeans gave way to scraggly grasses tall enough to obscure the lakes that were starting to dot the landscape at more regular intervals. Cattails rose long and fat in the marshy soil, lazily swaying back and forth in front of sparkling pools of water.

Hugo looked over to see Summer’s ice-blonde hair cascade over her tanned shoulders as she napped in the seat next to him. He was making this trip for her, his closest friend, the one who saw him at his worst a year ago and helped him get back on his feet. And now, he could be there for her at her worst.

What possessed Summer to head to her small hometown in the middle-of-nowhere Minnesota after her fiancé cheated and broke off their engagement still eluded him, but she promised swimming at the family cabin and quiet talks out in the canoe. He’d do anything for her after all she’d sacrificed for him over the years, but it sounded too good to be true. Somehow, he doubted a lake hidden amid farm country was going to be any less crowded on the Fourth of July than a ninety-degree Saturday afternoon around the Chain of Lakes in the heart of Minneapolis, especially considering the number of cars they’d maneuvered around as they headed out of the city.

But he really tagged along because he knew Summer shouldn’t be alone, just as she had known Hugo being isolated the first few days after breaking up with Michael the previous year would’ve been disastrous.

July seemed to be the month for breakups.

The ominous clouds overhead opened up, finally sending a deluge of water from the sky. Hugo turned the wipers to high and slowed down as the landscape was quickly lost in the squall.

“Summer,” Hugo cooed, attempting to gently wake her. “I think we’re getting close, and I need to make sure I don’t miss the turn in this storm. Can you wake up?”

Opening her eyes and squinting, she tried to see past the rain. Her thin arms bent as she rubbed at her eyes, all childlike, fists bunched and knuckles working the sleep away.

“Yeah. We’re here already? Wait.
Are
we here?” she asked in a wiped-out voice before she yawned.

“I think so. You told me to wake you up when we got to Atwater. We just passed it a few minutes ago.”

“Wow. That was fast,” she said, reaching down to put on her sandals.

“You fell asleep before we even left the first-ring suburbs.”

“Don’t worry about it. You had a long, emotional night, and you needed the rest.” Hugo sneaked a peek over at her and saw the redness in her eyes from hours of crying had finally started to fade. She was going to be okay, even if she didn’t quite believe it yet. “So, how do I get to this fabled cabin of yours? I know we’re close because I saw a sign for Kandiyohi.”

“It’s not fabled, you ass. We aren’t driving toward some mythical Neverland where only fairies and believers can see through the mist, though….” She peered at the side of the road as if she were looking for landmarks, and Hugo just barely made out a small, blue County Road 8 sign through the heavy rain. “Turn right up here.”

Hugo slowed and headed over bumpy railroad tracks and through a tiny town before the buildings disappeared again. He assumed they were back to driving through farmland, though it was nearly impossible to see beyond ten or twenty feet ahead.

“And like I said, don’t get your hopes up,” Summer continued. “This is a cabin in the true sense of the word. It’s been around for ages. It’s small. The plumbing is questionable, but there’s a fridge to keep your beer and wine cold, and the cleanest lake in Minnesota is just a few steps away. Or at least it used to be. Who knows if Green Lake is still the cleanest, but they used to brag about that.” She shrugged and pointed to the left as Hugo came to a T in the road.

“Just wait and see. Don’t be so skeptical,” Summer grouched, still groggy from sleep, as she pointed the way for Hugo, directing him to take a few more turns.

They drove through the small town of Spicer and then followed the shore of a lake. As they rounded a bend in the road, the rain ended as quickly as it had started. Typical July weather in Minnesota. If you didn’t like the weather, all you had to do was wait ten minutes. It was bound to change.

“Here it is,” she said as a small wooden structure appeared. The cabin looked as if three or four layers of wood shakes were piled on top of each other on the roof. Moss clung to the lower rows and seemed to drip down the edges like melted icing.

Hugo parked on the blacktop driveway and turned off the car before getting out and shoving his keys in his front pocket. As he allowed a moment to stretch his muscles awake, he took in a deep breath, smelling rain and lake water and cut grass. It was a familiar scent, but even fresher than he was used to when visiting one of the many lakes in Minneapolis. He popped the trunk and threw the strap of his luggage over his shoulder so both hands would be free to carry the cooler into the cabin.