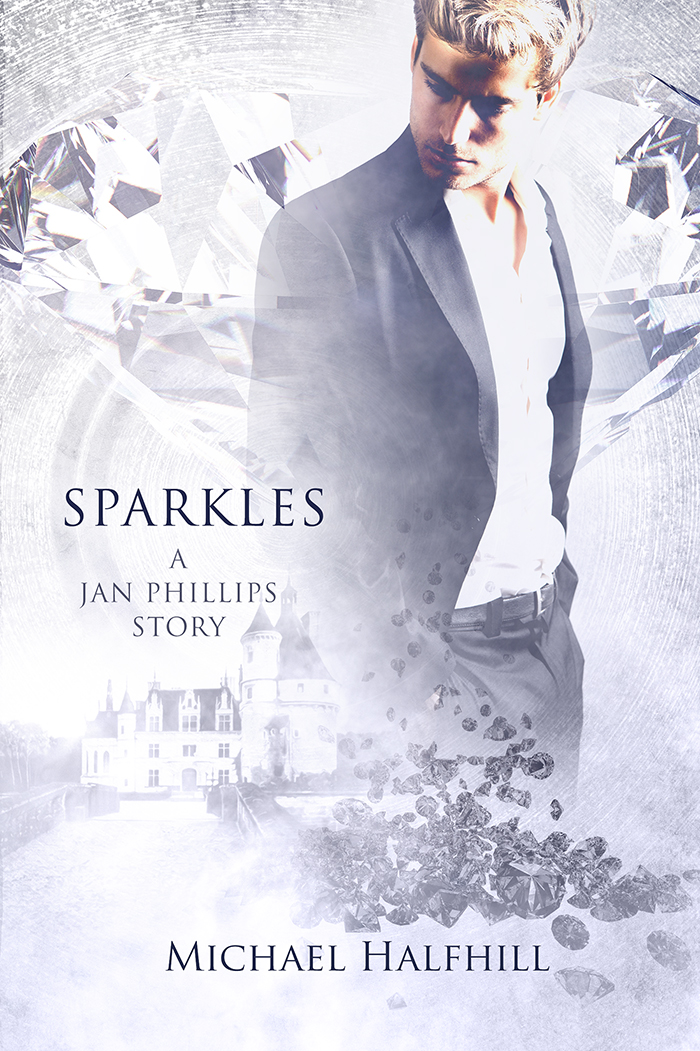 A life cut short; unsolved robberies plaguing Philadelphia’s Jeweler’s Row; a cryptic message scrawled on a paper napkin; a Romanov prince; a young man held captive in Iran; a terrorist cell bent on revenge; and an opera company due to mount a rarely performed production of Handel’s
Alexander’s Feast
. What do these have to do with Jan Phillips?

One plunges Jan into a prolonged sadness. One leads him on a race to prevent a nuclear disaster. One offers Jan the promise of renewed love. One leads him to reluctantly wield his power as a Mundus master. One is bent on shattering thousands of lives beyond repair, while one unknowingly holds the key to the mystery that has baffled Philadelphia’s finest. Follow Jan as he untangles this Gordian knot that will alter his life in a way he never thought possible.

To my dear friend Ruth Simms whose support and encouragement made my Jan Phillips series a reality.

See the snakes that they rear,

How they hiss in their hair,

And the sparkles that flash in their eyes! 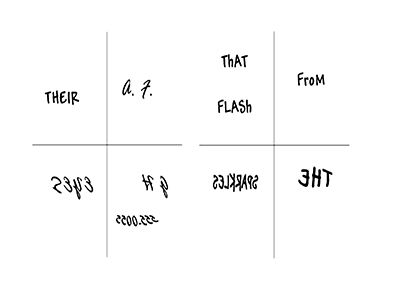 THE CALL
was urgent and brief. “Come quickly—as soon as you can.”

Jan Phillips sped through the autumn-painted hills of Pennsylvania’s Lehigh Valley. Leaves littering the narrow road flew up in a hurricane of color and then settled back into uneven drifts as the big car tore through them. Jan urged the Maserati Quattroporte’s massive engine ever faster, taking the switchback curves with increasing impatience.

The gate to the Mater Dei nursing home stood open. It was always open. As he passed through, Jan wondered, incongruous to the moment, if the good sisters ever closed it. Perhaps he would ask, perhaps not. He batted the idle thought away.

Jan parked in the visitors’ parking area. As he climbed out of the car, he snatched a lightweight overcoat from the passenger seat. Wrapping the coat around his shoulders, he pushed the car door shut and hurried inside the entrance to the main building. Just beyond the front doors, a young postulant sat at a desk. She looked up from a computer terminal and offered a comforting smile.

“Reverend Mother is in the garden, Mr. Phillips.”

Jan, who was normally courteous to a fault, dismissed the woman with a curt nod, then stopped and turned. “I’m sorry… I….”

Jan smiled his thanks, then turned and hurried down a short corridor. Forgiveness seemed so easy here at Mater Dei—at least for the good of this world. Jan knew many good people. Unfortunately, he knew many bad ones too. Another troubling thought on a troubled day.

For five years Jan had walked this way every weekend, arriving late Friday afternoon and driving back into Philadelphia early Monday morning. So predictable was his routine that the nearby inn kept a suite of rooms reserved for him.

Jan pushed through a heavy glass door and walked out to a courtyard, its brick walls covered in dull green ivy, still stiff from the night’s cold. A tall middle-aged woman stood waiting. She wore a head-to-toe robe of dazzling white wool that was cinched at the waist with a thick white cord of equal brilliance. Her habit covered all but her face and hands. At her side, a rosary of black beads hung from the white waist cord.

To Jan, Sister Consolata looked like a being from a distant world—heaven? Perhaps one day he would ask, perhaps not.

Jan attempted a friendly smile that failed miserably on his lips. “Reverend Mother…?”

The nun clutched Jan’s hands and said in her soft, calm voice, “I’m so glad you could come, Mr. Phillips. He’s down by the duck pond. Please brace yourself. I’m afraid the end will be very soon. Come, we should hurry.”

“The duck pond!” Jan protested. “Shouldn’t he be in bed?”

“You know how he loves to watch the ducks. And frankly, what difference does it make where he is?”

Sister Consolata led Jan along a gravel path that wound through a grove of paper-white birch trees. Their gold-colored leaves shivered in the brisk afternoon air.

“You know, Sister, I’ve never complained—well not really complained. But this! It’s so unfair. Why Michael? He’s still a young man, not even fifty.”

“Alzheimer’s is a disease that doesn’t respect age, Mr. Phillips. We have the young here, as well as the very old.”

Jan frowned. “Sometimes I wonder what God is up to.”

“God isn’t up to anything, Mr. Phillips. This isn’t a test of Michael’s enduring faith.”

“I thought you said God isn’t testing us,” Jan replied.

“He’s not. We’re testing ourselves, and it’s been my experience that we usually pass.” The nun added a soft smile that transcended words. It was one of those eerily serene gestures that seemed reserved for candidates for sainthood.

Sister Consolata brought Jan to a low hedge that separated the woods from a wide lawn encircling a small pond. A broad-shouldered man in a pale blue uniform stood near a break in the hedge. Michael Lin, Jan’s life partner, sat slouched on a wooden park bench. He was dressed in a gray flannel jumpsuit; the cuffs were stuffed into fur-lined slippers, a heavy brown blanket wrapped around his thin legs. An empty wheelchair stood nearby.

“Joseph, this is Mr. Phillips.”

“Why isn’t Michael in his chair?” Jan said impatiently. “Wouldn’t he be safer?”

“We thought you’d want to sit beside him. We’ll be here when you need us,” Joseph said softly.

Jan blushed with shame once more. Silently he reproved himself; first the young nun, and now this man.
This is getting to be a habit that needs breaking.
“Yes, I’m… ah… thank you, Joseph.”

Jan walked slowly toward Michael. He looked back to assure himself that Joseph and the nun were still there. He desperately needed someone to be there. He sat down and reached out, gently touching Michael’s thin shoulder. “Michael?”

Michael pointed a limp hand at a pair of mallards that had just landed in the water. The ducks jabbered at one another like an old married couple before settling into a graceful glide across to the opposite bank.

Jan dug into his coat pocket for a softcover children’s book. Sister Consolata had told Jan that the ability to read was one of the disease’s last trophies. “You must understand, Mr. Phillips,” she had said. “Michael doesn’t remember the meaning of the words.”

As of a week ago Michael could still read. Still, he’d been warned that a brain or possibly a heart aneurism was very likely. Jan could see that Michael’s decline from just a few days ago was severe.

“Look, Michael. I got a book for you. It’s about a polar bear. His name is Snowy. See, he has white fur. The words are real big. Can you read what it says?” Jan closed his eyes lest they betray him with unchecked tears.
Steady
,
steady
. He held the book open.

Michael stared at the page for a few seconds, and then shook his head. He petted the bear’s faux fur on the page and murmured, “Nice.”

Just as Jan turned to search the hedgerow again for Sister Consolata’s reassuring face, he felt Michael slump against him.

“Michael? Michael! Oh…. No.” Jan sobbed. “No! Don’t go. Michael… please, don’t go!” Jan pressed his cheek against Michael’s already cooling skin and wept. “No, my sweet friend, I love you so much. Not now… not so soon.”

As he rocked Michael in a hard embrace, Jan felt as if his soul left him and had tried to join Michael’s, and that he was twirling in a free-fall through a void without any sensation save that of aloneness. Jan tried to remember—to remember every word, every smile, every moment of passion. Years of memories tumbled through his mind, colliding, spinning off, and then colliding again, finally settling on their first meeting.

“
Mr. Lin, would you do me the honor of dining with me tonight? It would please me very much…. That’s if you don’t have plans already… perhaps someone is waiting for you, a wife or girlfriend?”

“I would be honored to dine with you. Mr. Phillips. So long as I will not be keeping you from a wife or girlfriend….
”

And so what began with a jumble of clumsy words so many years ago ended with just one word—Nice.

JAN WANDERED
around the home he had shared with Michael in a quiet daze. He stared at the bare living room as if searching for something he had lost, at last coming before the huge wall of thick glass that overlooked the broad Delaware River. Jan looked at his reflection as if seeing it for the first time. Ever young; that’s how people described him. At forty-eight Jan still possessed smooth pale skin, luminous gray eyes, and hair the color of new corn silk. His only flaw, if there was one, was his five-foot-seven-inch frame. Yet that too was toned to youthful hardness. Even Michael would gently mock him,
Don’t you ever age?

Jan gazed up at the velvet night sky as a light rain began to fall. The gleaming lights from the distant New Jersey shoreline broke through the window’s dense glass, but without their usual cheerful effect. They twinkled brightly, as if nothing had happened. But something had happened and no one came to tell him it was all a mistake and that Michael was alive and waiting for him downstairs in the car. His solitude was real and complete, and Jan found himself unable to live alone in the sprawling riverside loft. Even now, though empty of all their furnishings, the rooms whispered, screamed, laughed, and wept with him. Powerless to will them away, his mind clawed back from the walls years of conversations, as if they had occurred only moments ago. And then there was Mundus. Mundus—global, secret, immensely influential, with only three goals: peace, tolerance, and balance—it was the one constant in an inconstant world. The fourth-floor, ultra secret command center that kept Jan connected with his Mundus global counterparts was safely relocated. There would be no need for him to return here.

Jan turned to see Amal standing nearby, a light raincoat draped over his forearm. Dear faithful Amal. He had been with Jan for many years, attaching himself like a protective barnacle. An Egyptian and a devout Muslim, Amal was troubled by Jan’s behind-closed-doors relationship with Michael, yet he loved his master too well not to serve him. Although he had a room of his own in the sprawling loft, Amal chose instead to sleep on a cot just outside Jan’s bedroom door. He never complained. He rarely spoke.

Jan took one last look at the deserted space. Was it his imagination, or did he just see Michael slip out the door?

Jan allowed Amal to drape his overcoat over his shoulders, and then with a deep sigh, he turned away.

Guthrie, Jan’s longtime chauffeur, waited in the loft’s ground floor parking pad. The Rolls-Royce Phantom purred like a silver panther, eager to be moving. The car was Michael’s. Jan hated riding in it. Now, he couldn’t part with it. Guthrie held the rear door open as Jan slipped onto the soft leather seat. Amal took the front passenger seat. Once underway, Guthrie asked, “Where to, sir?”

Jan looked out at the sky for a long moment.

“Where are we going?”