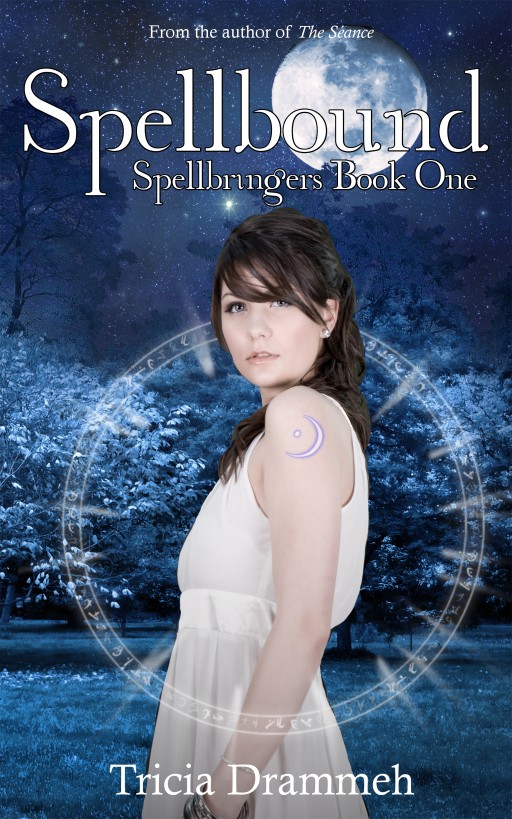 This is a work of fiction.
Names, characters, places, and incidents are either the product of
the author’s imagination or are used fictitiously, and any
resemblance to actual persons living or dead, business
establishments, events, or locales, is entirely
coincidental.

All rights reserved. No part
of this book may be used or reproduced in any manner whatsoever
without written permission of the author or except in the case of
brief quotations embodied in critical articles or
reviews.

Published in the United
States of America

To Maegan, Amy, and Sophie for your
unending support

From my lonely seat in the back of the
classroom, I watched my conniving cousin flirt with the guy I
loved. With a flip of her golden, highlighted hair, Becky pasted on
a friendly smile and turned to face Cooper High’s newest student.
When she crossed her legs, her short skirt crept up, exposing a few
additional inches of her tanned thighs. Becky had never quite
mastered the art of playing hard to get.

A jolt of jealousy ripped through me,
but recognizing this feeling as irrational and unjust, I tried to
beat the green-eyed monster into submission. After all, Jace and I
had never actually spoken. It was only the first day of school and
he probably didn’t even know my name. So far, our relationship was
fairly one-sided.

He smiled at Becky and I sighed in
resignation. She always managed to entice the hottest guys in
school, whereas I routinely repelled them. With great difficulty, I
tore my gaze away from Jace’s tall, athletic form and
absentmindedly doodled in my notebook. I tried to conjure up a
favorite daydream to get lost in, but my thoughts kept drifting
back to Jace. It was pointless to fantasize about Jace Alexander.
He was so far out of my league, he would probably reject me in my
dreams.

“So, where are you from?” Becky asked,
leaning forward until her cleavage was displayed to its best
advantage.

“We just moved here from Colorado,” he
replied.

I wondered if she even knew where
Colorado was. She probably thought it was in another country, or on
a tropical island somewhere.

“I have cheerleading practice after
school, but if you want to hang out later, I can give you my phone
number,” she said.

I couldn’t help but wonder what she
planned to do if Jace actually asked her out. My Aunt Leanne would
automatically disapprove of Jace because of his skin color. I
guessed Becky just liked the chase.

“Sure, I…” he trailed off when Becky
shot me a nasty glance over her shoulder.

“What are you looking at, freak?” she
snapped in my direction. Snickers filled the half-empty classroom.
I blushed and looked back down at my notebook, embarrassed to be
caught staring at a guy who would never return my interest. A
million different come-backs and insults flashed through my mind,
retaliatory comments far more creative than anything Becky could
devise. But I never defended myself. I was too much of a
coward.

Becky turned back to Jace. “So, about
this afternoon…”

“Actually, I can’t today. But thanks,”
Jace said. He didn’t press her for the phone number she
offered.

I settled back in my seat and tried to
calm my nerves. By lunchtime, the whole school would probably be
talking about how I’d tried to scam on Jace, and by the end of the
day, the story would be inflated and embellished to the point where
everyone would believe I’d asked him to marry me. Becky would make
sure of it.

When the bell rang, Becky followed
Jace into the hallway. It was only a matter of time before he
succumbed to her feminine charms. A few laughs and cruel comments
followed me down the hall, but I was used to being tormented by
Becky’s followers. All I could think about was Jace and the fact
that he didn’t laugh at me. Not once.

I fantasized about Jace all morning,
watching him when no one else was looking. He had a certain ease
about him, a sense of self confidence unusual in someone our age.
Most guys I knew were cocky and smug, but Jace wasn’t like that. He
was funny without being snarky or mean.

“Jace, come sit by me,” Becky shrieked
across the crowded cafeteria. Her entourage trailed behind her,
watching their mentor as she staked her claim on the new
guy.

I sat down at a lunch table in the
corner—alone except for a couple of marching-band dudes with bad
complexions. They didn’t speak to me, but at least they tolerated
my presence. If Becky happened to turn her attention my way, my
tablemates would probably scatter. They’d been recipients of her
cruelty in the past. But for now, my cousin’s energy was focused on
Jace. I silently thanked him for distracting her, and plucked a
novel from my backpack.

“What are you doing this weekend?”
Becky’s voice wafted across the lunch room along with the
nauseating smell of overcooked cafeteria food. Maybe it was only
Becky’s voice that was nauseating. It was hard to tell.

“We’re unpacking and I have to help my
dad with something,” Jace replied.

“Well, I’m sure he wouldn’t mind if
you snuck away for a little while.”

“I’m sure he’d kill me if I bailed.
Why don’t you introduce me to everyone? I think I’ve only met
Chance and Katie,” Jace said.

I glanced up from my book in time to
see a pout pucker Becky’s flawless face. I swallowed a chuckle.
Becky hated to have the attention diverted from her, but how could
she ignore Jace’s request without looking like an
attention-whore?

“This is Sydney, Justin, Amanda,
Robert, and my best friend in the whole wide world, Rachel,” she
said, pointing to each person in turn. “Rachel, can you be a
sweetie and get me a bottle of water?”

Becky turned her attention back to
Jace just before Rachel rolled her eyes at her “very best friend in
the whole wide world.” She mouthed the word “sweetie” as she pushed
her seat back from the table and rose to do Becky’s bidding. With a
final act of rebellion, she stuck her tongue out at the back of
Becky’s head. Rachel was usually so calm, so mature, her
uncharacteristic act caught me by surprise and I laughed out loud.
Bad move.

Heads swiveled toward me. Becky’s eyes
narrowed and her cruel mouth twisted in an evil grin. “And, of
course, you’ve met Alisa. She’s the girl who was totally drooling
over you in first period. Watch out for her. She’s
mental.”

Laughter rang out. I blushed,
humiliated to be singled out in front of Jace. It was ridiculous.
Becky wasn’t particularly funny or clever. Why was everyone still
laughing at the same crap she’d been saying since middle
school?

“Thanks, sweetie. I was just telling
Jace about the time in middle school when…”

Again, Becky was interrupted, but this
time by Jace. “So, what is there to do around here? What do you
usually do on the weekends?”

With shining eyes and a brilliant
smile, Becky listed all the “awesome” things our small town of
Oaktree had to offer. Again, I silently thanked Jace for
distracting my cousin. Whether it was intentional or not, the
result was the same. Becky wasn’t tormenting me.

When the bell rang, chair legs scraped
the floor as clusters of students disbanded. Just to be safe, I
waited for Becky to leave the immediate area before I stood up.
With my backpack in hand, I turned around, nearly crashing into
Jace. Where was Becky? I thought she’d become permanently attached
to his side. How did Jace escape her?

“Forgot my book,” he said in response
to my unasked question. “You don’t seem mental to me. Nice to meet
you, Alisa.”

By the time I managed to close my
gaping mouth and still my roiling emotions, Jace was already at the
cafeteria door heading toward the south hallway. At last, I
propelled my feet forward and left the empty cafeteria. I didn’t
care if I was late for class. I didn’t care if Becky tormented me
every day for the rest of the year. Jace was nice to me. And he
knew my name.

Maybe my junior year wouldn’t be so
bad after all.

I didn’t want to spend the school year
being Becky’s “best friend in the whole wide world.” Nor did I want
to be her “sweetie.” Becky was already on my last nerve and it was
only the first day of school. I couldn’t figure out why I was so
irritable. Maybe it was the heat. Or maybe I was stressed out.
Maybe I was just tired of Becky.

She burned up my cell phone all day
long, and almost every single text mentioned Jace. I finally put my
phone on silent mode and stopped reading her texts. There’d be hell
to pay later for ignoring her, but the punishment would be far
worse if my phone was confiscated by a teacher and they called my
mother to pick it up from the office. I wasn’t about to lose my
phone, my car, and the few freedoms I’d earned this year—not over
Becky’s new crush.

Jace was cute. Okay, he
was
hot
. But he
was just a guy. A guy with sculpted muscles. Deep brown,
intelligent eyes. Smooth mocha skin, just a shade darker than my
own. Just a guy. I already had a boyfriend, so I had no business
thirsting over Jace. As my mother always said,
boys were a dime a dozen
and there
were
lots of fish in the
sea
. It was stupid to get carried away
over a boy.

Reality Boy by A. S. King
A Dark Song of Blood by Ben Pastor
Legacy of the Clockwork Key by Kristin Bailey
The Search For A Cure by C. Chase Harwood
The Light Between Oceans by M. L. Stedman
The Chill by Ross Macdonald
Until the End of the World (Book 1) by Fleming, Sarah Lyons
Run Away by Victor Methos
Lady in Green by Barbara Metzger
Scarlett's New Friend by Gillian Shields