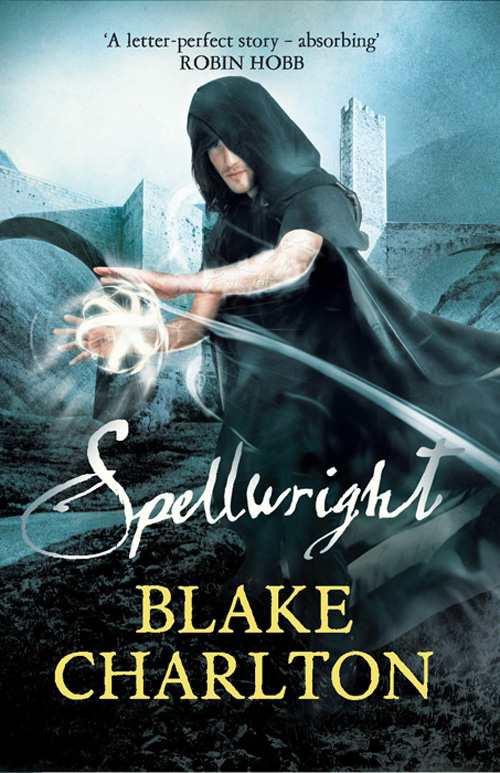 To the memory of my grandmother,
Jane Bryden Buck (1912-2002),
for long stories and lessons in kindness

If one believes that words are acts, as I do, then one must hold writers responsible for what their words do.

Dancing at the Edge of the World: 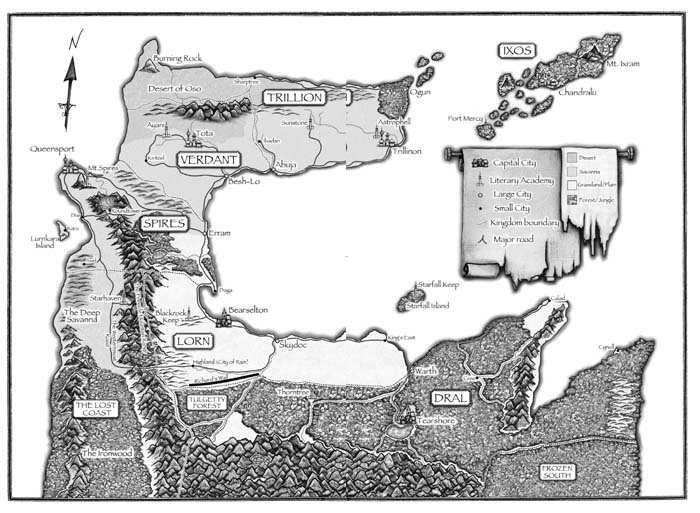 The grammarian was choking to death on her own words.

And they were long sharp words, written in a magical language and crushed into a small, spiny ball. Her legs faltered. She fell onto her knees.

The creature standing beside her covered his face with a voluminous white hood. “Censored already?” he rasped. “Disappointing.”

The grammarian fought for breath. Her head felt as light as silk; her vision burned with gaudy color. The familiar world became foreign.

She was kneeling on a stone bridge, seven hundred feet above Starhaven’s walls. Behind her, the academy’s towers stretched into the cold evening sky like a copse of giant trees. At various heights, ribbon-thin bridges spanned the airy gaps between neighboring spires. Before her loomed the dark Pinnacle Mountains.

Dimly, she realized that her confused flight had brought her to the Spindle Bridge.

Her heart began to kick. From here the Spindle Bridge arched a lofty half-mile away from Starhaven to terminate in a mountain’s sheer rock face. It led not to a path or a cave, but to blank stone. It was a bridge to nowhere, offering no chance of rescue or escape.

She tried to scream, but gagged on the words caught in her throat.

To the west, above the coastal plain, the setting sun was staining the sky a molten shade of incarnadine.

The creature robed in white sniffed with disgust. “Pitiful what passes for imaginative prose in this age.” He lifted a pale arm. Two golden sentences glowed within his wrist.

“You are Magistra Nora Finn, Dean of the Drum Tower,” he said. “Do not deny it again, and do not refuse my offer again.” He flicked the glowing sentences into Nora’s chest.

She could do nothing but choke.

“What’s this?” he asked with cold amusement. “Seems my attack stopped that curse in your mouth.” He paused before laughing, low and breathy. “I could make you eat your words.”

Pain ripped down her throat. She tried to gasp.

The creature cocked his head to one side. “But perhaps you’ve changed your mind?”

With five small cracks, the sentences in her throat deconstructed and spilled into her mouth. She fell onto her hands and spat out the silver words. They shattered on the cobblestones. Cold air flooded into her greedy lungs.

“And do not renew your fight,” the creature warned. “I can censor your every spell with this text.”

She looked up and saw that the figure was now holding the golden sentence that ran into her chest. “Which of your students is the one I seek?”

The creature laughed. “You took our master’s coin, played the spy for him.”

Again, she shook her head.

“Do you need more than gold?” He stepped closer. “I now possess the emerald and so Language Prime. I could tell you the Creator’s first words. You’d find them…amusing.”

“No payment could buy me for you,” Nora said between breaths. “It was different with master; he was a man.”

The creature cackled. “Is that what you think? That he was human?”

The monster’s arm whipped back, snapping the golden sentence taut. The force of the action yanked Nora forward onto her face. Again pain flared down her throat. “No, you stupid sow,” he snarled. “Your former master was not human!”

Something pulled up on Nora’s hair, forcing her to look at her tormentor. A breeze was making his hood ruffle and snap. “Which cacographer do I seek?” he asked.

She clenched her fists. “What do you want with him?”

There was a pause. Only the wind dared make noise. Then the creature spoke. “Him?”

Involuntarily, Nora sucked in a breath. “No,” she said, fighting to make her voice calm. “No, I said ‘with them.’”

Another pause. “A grammarian does not fault on her pronouns. Let us speak of ‘him.’”

“You misheard; I—” The creature disengaged the spell that was holding her head up. She collapsed. “It was different in the dreams,” she murmured into the cobblestones.

The creature growled. “Different because I sent you those dreams. Your students will receive the same: visions of a sunset seen from a tower bridge, dreams of a mountain vista. Eventually they will become curious and investigate.”

Nora let out a tremulous breath. The prophecy had come to pass. How could she have been so blind? What grotesque forces had she been serving?

“Perhaps you think Starhaven’s metaspells will protect your students,” the creature said. “They won’t. They might keep me from spellwriting within your walls, but I can lure the whelps into the woods or onto these bridges. It won’t be hard to do now that the convocation has begun. If I must, I’ll snuff out your students one by one. You could prevent all these deaths by speaking one name.”

She did not move.

“Tell me his name,” the white figure hissed, “and I will let you die quickly.”

Nora glanced at the railing. An idea bled across her mind like an ink stain. It might work if she moved quickly enough.

“No answer?” The creature stepped away. “Then yours will be a slow death.”

Nora felt a tug on the magical sentence running through her chest.

“I’ve just infected you with a canker spell. It forces a portion of a spellwright’s body to forge misspelled runes. As we speak, the first canker is forming in your lungs. Soon it will spread into your muscles, compelling you to forge dangerous amounts of text. An hour will see your body convulsing, your arteries bleeding, your stomach ruptured.”

Nora pressed her palms against the cold cobblestones.

“But the strongest of your cacographers will survive such an infection,” the creature sneered. “That’s how I’ll find him. He’ll survive the cankers; the others will die screaming. I’ll spare you this torture if you tell me—”

But Nora did not wait to hear the rest. Soundlessly she pushed herself up and leaped over the railing. For a moment, she feared a swarm of silvery paragraphs would wrap about her ankles and hoist her back up to the bridge.

But the force of her fall snapped the golden sentence running through her chest…and she was free.

She closed her eyes and discovered that her fear of death had become strange and distant, more like a memory than an emotion.

The prophecy had come to pass. The knowledge would perish with her, but that was the price she had to pay: her death would keep a small, flickering hope alive.

Still falling, she opened her eyes. In the east, the crimson sky shone above the mountain’s dark silhouette. The setting sun had shot the peaks full of red-gold light and, by contrast, stained the alpine forests below a deep, hungry black.

Nicodemus waited for the library to empty before he suggested committing a crime punishable by expulsion.

“If I edit you, we can both be asleep in an hour,” he said to his text in what he hoped was a casual tone.

At twenty-five, Nicodemus Weal was young for a spellwright, old for an apprentice. He stood an inch over six feet and never slouched. His long hair shone jet black, his complexion dark olive—two colors that made his green eyes seem greener.